The first example of the limited-edition 2022 Superveloce Ago produced by MV Agusta has been auctioned by Bonhams at their annual Goodwood Festival of Speed Sale, with all proceeds going to the UNICEF Ukraine emergency fund. 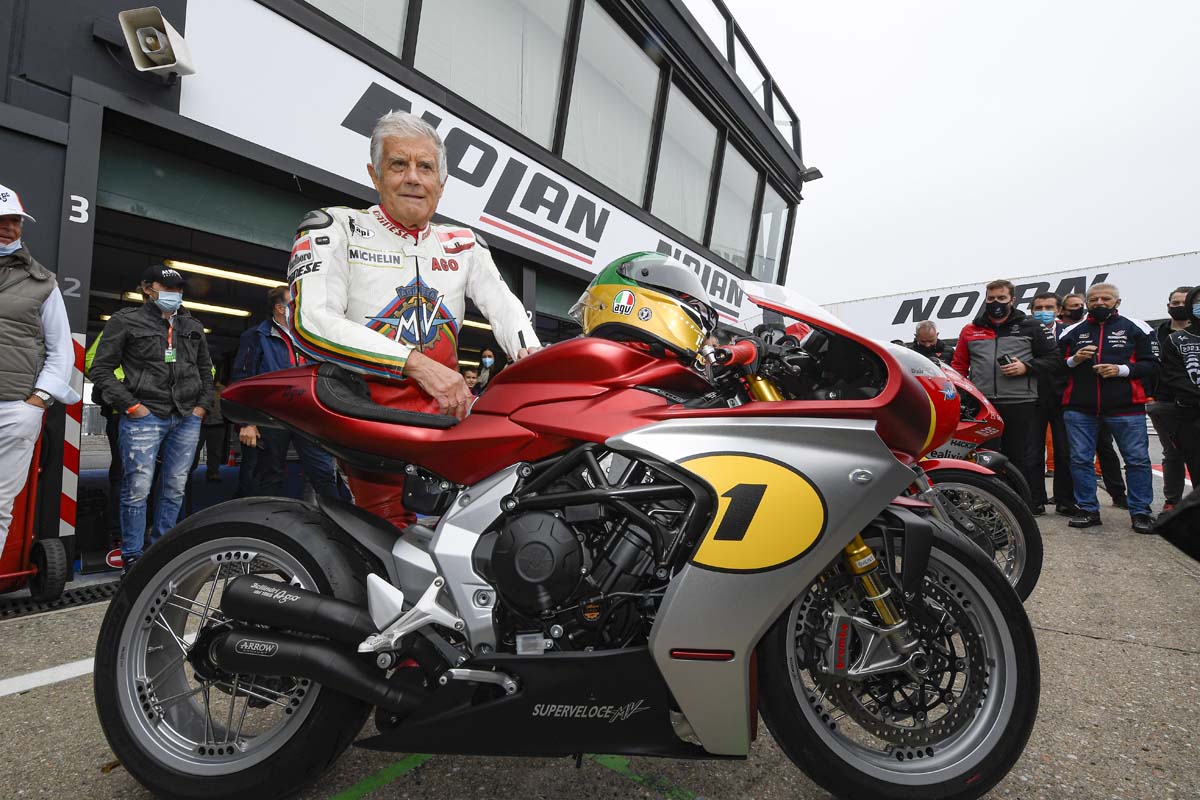 Announced late last year as a tribute to 15-time World Champion Giacomo Agostini, production of the Superveloce Ago was limited to just 311 examples, reflecting the number of race wins the Italian achieved over his 17-year grand prix career.

Based on the standard Superveloce and using the same 798cc three-cylinder engine producing 109kW and 188Nm, the Ago variant adds fully-adjustable Öhlins suspension, carbon fibre bodywork, reshaped windshield and a livery inspired by Agostini’s racing bikes. 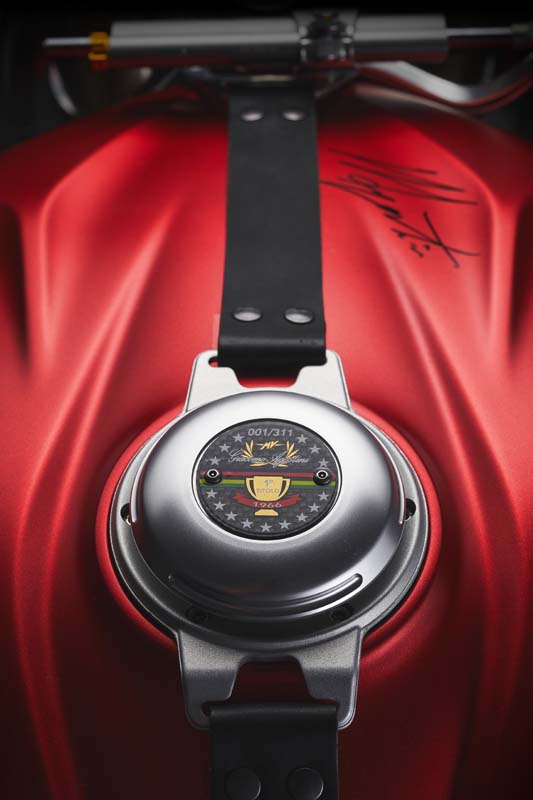 Of the limited edition of 311, the first 15 Superveloce Agos were also individually identified with a carbon fibre plate on the fuel tank, each one marking a year Agostini won a world championship. Number 1 of the 15 carries ‘1966’ on the plate (denoting Agostini’s first world championship) and a graphic of the relevant trophy, as well as Agostini’s personal signature. It’s this first unit in the series that was offered at the Goodwood Festival of Speed Sale.

In addition to the bike, which was brand new and unregistered, the winning bidder was also entitled to an “MV Agusta Experience” consisting of a trip to Bergamo, Italy, for dinner with Giacomo Agostini, a tour of his private museum and a photo shoot with the grand prix racing legend. 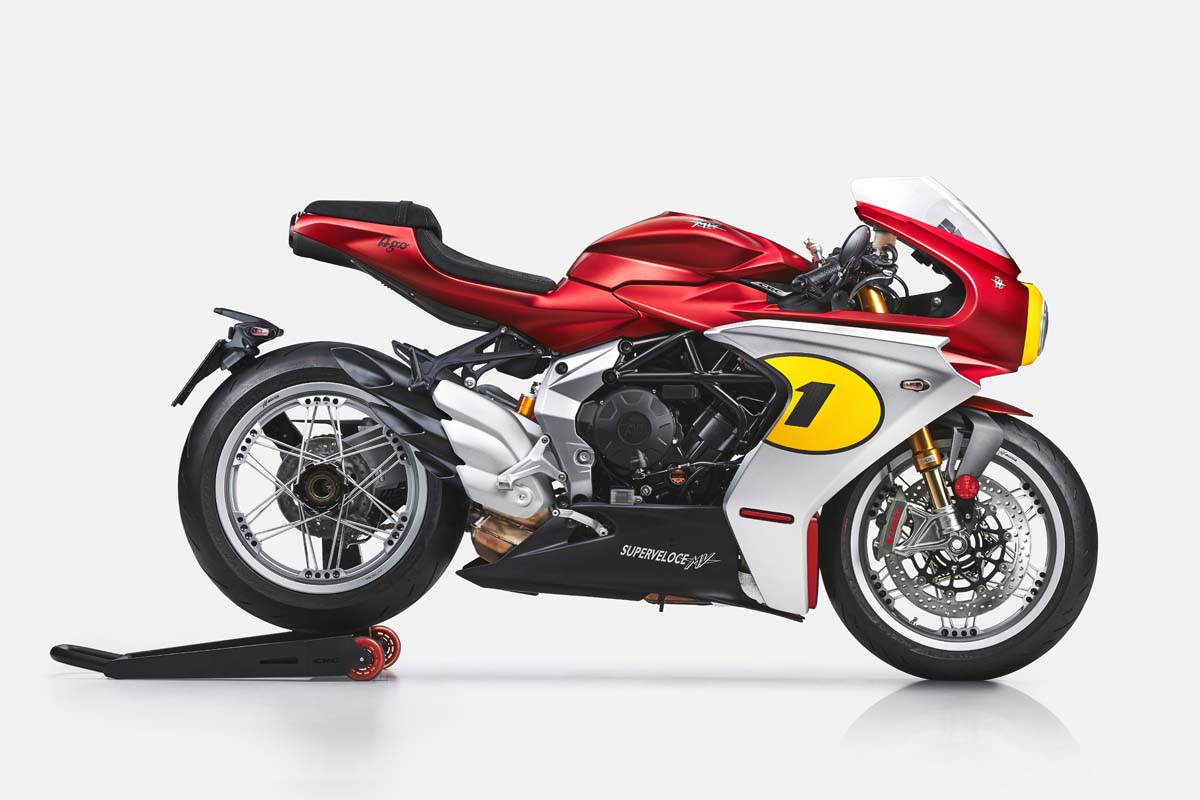 Ultimately, this 1-of-311 (and 1-of-15) Superveloce Ago sold for just £52,900 (AU$93,300 approx.), but that’s still a hefty premium over the AU$60,000 that this limited-edition model retails for locally. More importantly, it will provide welcome funds for UNICEF’s Ukraine emergency fund.

For more details from this auction, go to: bonhams.com