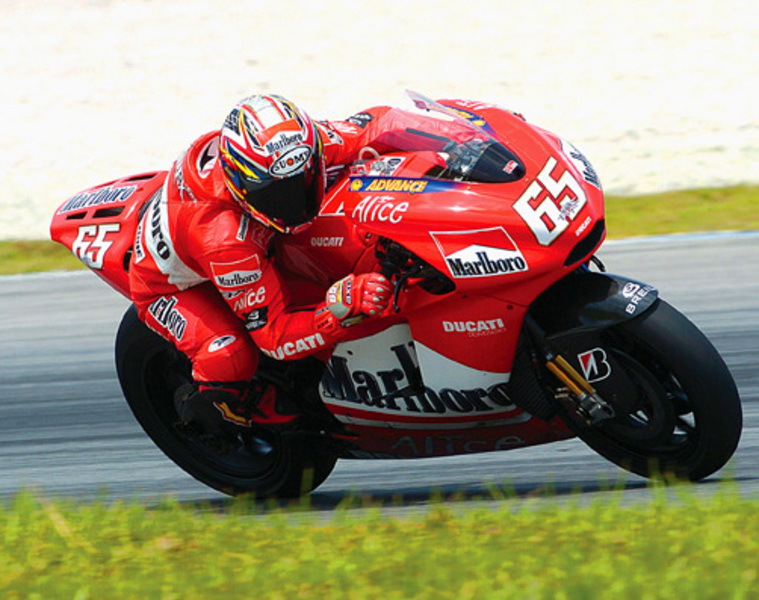 "I suffered this injury nearly 6 years ago during dirt track training. In that period the doctor decided to avoid any operation because he thought it was not necessary and for the following five years I really never had problems," Stoner commented in a press release. "Honestly, I will do my best to be at 100% soon because I think that a simple tendonitis is not a insuperable problem."

Stoner actually attributed the tendonitis to the increased amount of heavy physical training he's doing in order to better manhandle the larger MotoGP bike this season. In other testing news, the Ducati squad backed up from a successful Sepang test in late January - where Loris Capirossi and Sete Gibernau topped the unofficial timesheets on both race and qualifying tyres - to further test the Desmosedici GP6 at Phillip Island.

In the penultimate test session at Sepang, where Stoner injured his shoulder, most of the three day session was also rain effected. Interestingly, Chris Vermeulen pulled out of the last day of the session, also with a shoulder injury, although the cause and extent of the injury were unknown at time of press. Vermeulen's best time before the incident was only good enough for 15th overall. The traditional IRTA tests at Barcelona in early March will be the final hitout before the MotoGP season starts at Jerez, Spain on March 26.