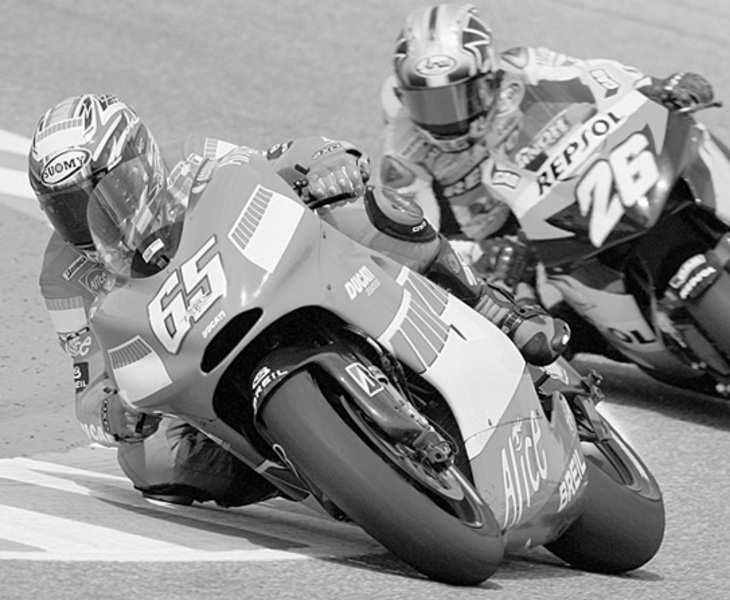 However, the race ended in disappointing fashion for current world champion Valentino Rossi, who was caught in a first corner melee that ended his, and team mate Colin Edwards hopes of glory. The Camel Yamaha Team pair made good starts from ninth and tenth on the grid respectively but a collision between Rossi and Toni Elias (Honda) on the inside of turn one saw the Italian knocked from his YZR-M1 and sent Edwards wide into the gravel trap.

Despite some damage to his bike, Rossi showed the character of a true champion as he returned to the track, battling his way back into the field and picking off several riders to secure two champion- ship points in fourteenth place. Ducati rider Sete Gibernau withdrew from the race due to a gear sensor problem which affected his bike's electronics.

Capirossi and Gibernau had qualified first and second fastest, with Gibernau quickest in the morning warm-up session, so the team had high hopes of a double podium result. Capirossi led the race from start to finish to beat runner-up Dani Pedrosa by 4.375 seconds, completing a perfect weekend: pole position, race win and fastest lap. The victory was the Italian's fourth MotoGP success for the Ducati Marlboro Team, his sixth premier class triumph and his 26th career win.