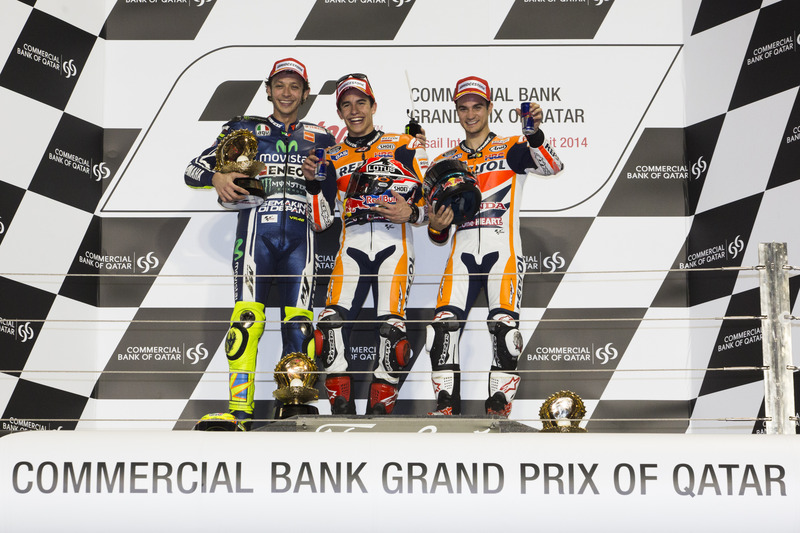 Season 2014 of the FIM Road Racing World Championship got underway under lights at Qatar, and while there were a number of new-look bikes and new riders on the grid, the rider who topped the podium at the end of 22 laps was a familiar one - Repsol Honda's Marc Marquez.

The defending champion came into the season opener under a cloud, having fractured his right leg in a dirt bike training accident in February. Early practise and qualifying session at Qatar suggested that Marquez was riding with less than 100-percent fitness, but by the end of qualifying, the 21-year-old was back to his domineering best, ending up on pole.

In the race, there was drama on the first lap when Lorenzo crashed, through a mistake that he admitted was his own fault after struggling with grip issues all weekend. Stefan Bradl (LCR Honda MotoGP) actually led for the first eight laps, while Marquez was battling with Bautista and Smith. In this early portion of the race, less than a second covered the top five riders.

When Bradl crashed on lap 9, it opened the door for Rossi to take the lead, which he held for the next four laps. Marquez was his shadow the whole time, however, and made a pass stick on the Italian on lap 15. By this stage, Pedrosa was in the mix, too, trailing Rossi, who was making a valiant effort to stay with Marquez.

They stayed this way to the finish, with Marquez's winning margin being only 0.259 seconds over Rossi. Pedrosa was a distant third, while Aleix Espargaro, on the Open Class NGM Forward Yamaha, was an impressive fourth. Espargaro finished fractionally ahead of the factory Ducati of Andrea Dovizioso, with Cal Crutchlow further back. Both the Ducati Team Desmosedici GP14 bikes are running as Open Class entries this season, the same as Espargaro.

Espargaro cashed in on crashes from Baustista and Smith as they fell out of the podium hunt. Dovizioso and Crutchlow did well in fifth and sixth respectively, though Crutchlow finished 16 seconds behind his teammate after almost running out of fuel on his debut for the Italian marque.

The top ten was rounded out by Hayden's compatriot Colin Edwards (NGM Forward Racing Yamaha OPEN), riding his first race as a 40 year-old, and Andrea Iannone (Pramac Racing Ducati) who recovered well from a fall on the last corner of lap two.

Aided by some crashes and retirements from other riders, Parkes finished 15th, and so picked up a championship point in his very first MotoGP race. Importantly, he also finished ahead of his PBM team mate, Michael Laverty.

In the end, while he couldn't stop the young Spaniard from taking another victory, Rossi would have taken some heart from the fact he was not only able to lead a portion of the trace for the first time in a long time, but was also competitive throughout and able to stick with the seemingly unstoppable Marquez for most of the race.

"I'm very happy but a little bit upset because I lost. Marc is very strong and I enjoyed very much the whole race. It was a great race, very funny from the beginning," Rossi said.

"At the end I played my card with Marc but he was stronger than me so he won and he deserved it. It's the first time it looked like an old race from MotoGP ten years ago, all together on the same pace, some mistakes, going wide and so on."

For his part, Marquez said he also enjoyed the battle with Rossi.

"I'm very happy with the result today. The 25 points are important, but it's also been an important race, because I was coming back from an injury that caused me to miss most of the pre-season.

"This weekend there were a lot of riders up at the front, all with a great pace, and seeing how the race went, this win is a big one. The battle with Valentino was the best part of the race besides the win, I really enjoyed it!"

Round 2 of the 2014 MotoGP World Championship takes place at Circuit of the Americas, in Texas, USA, on April 13. 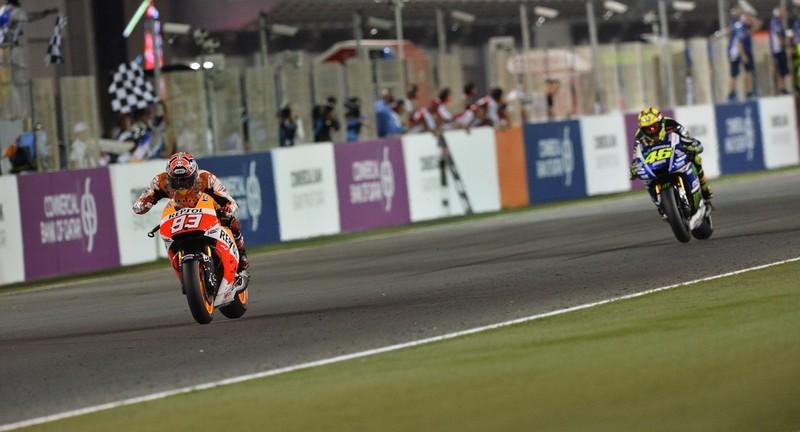 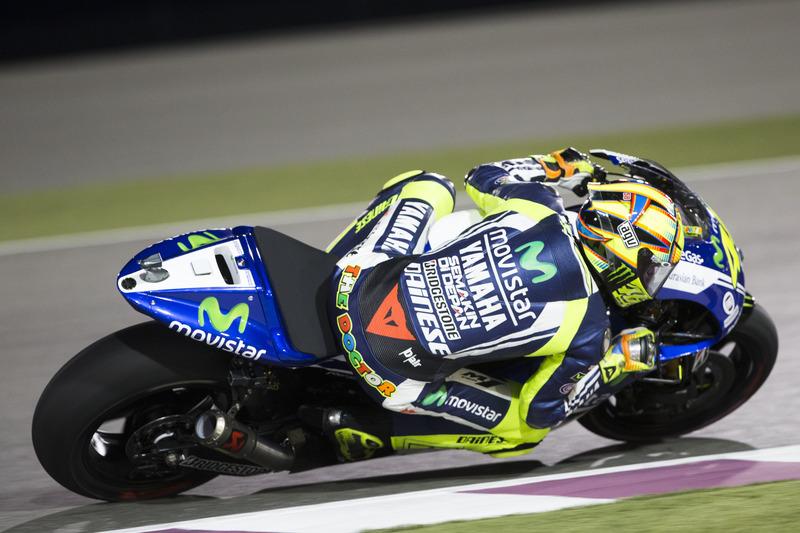 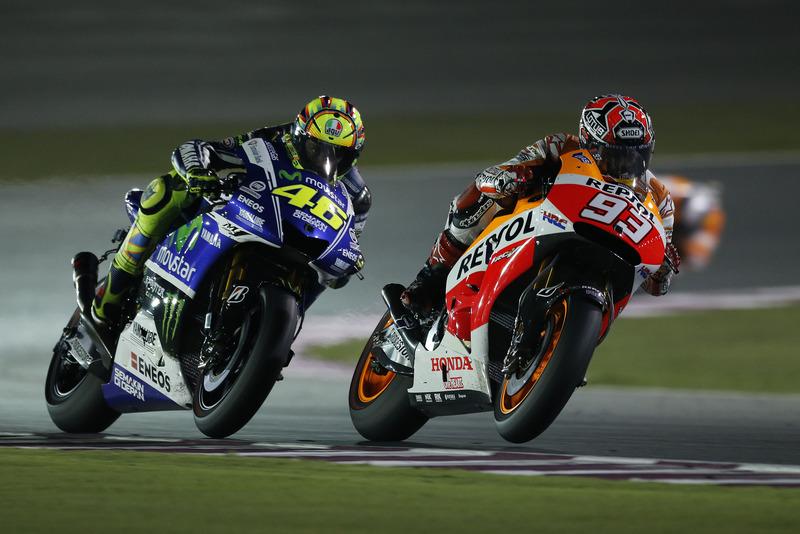 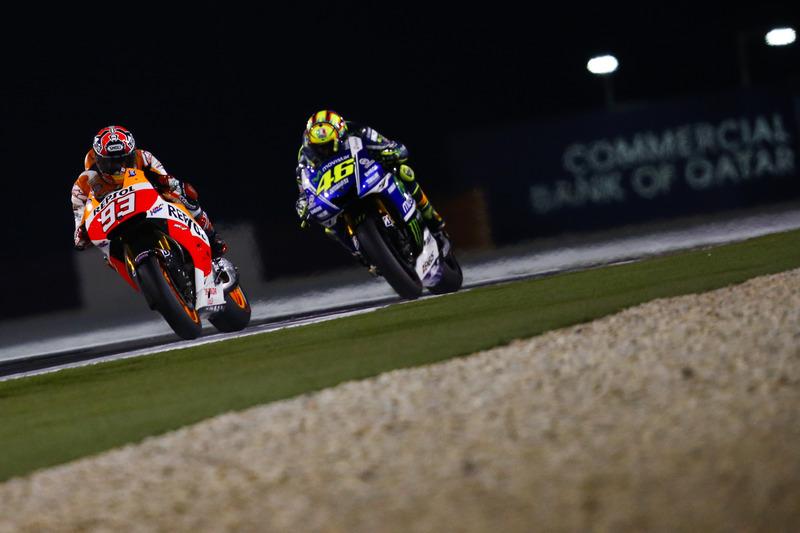 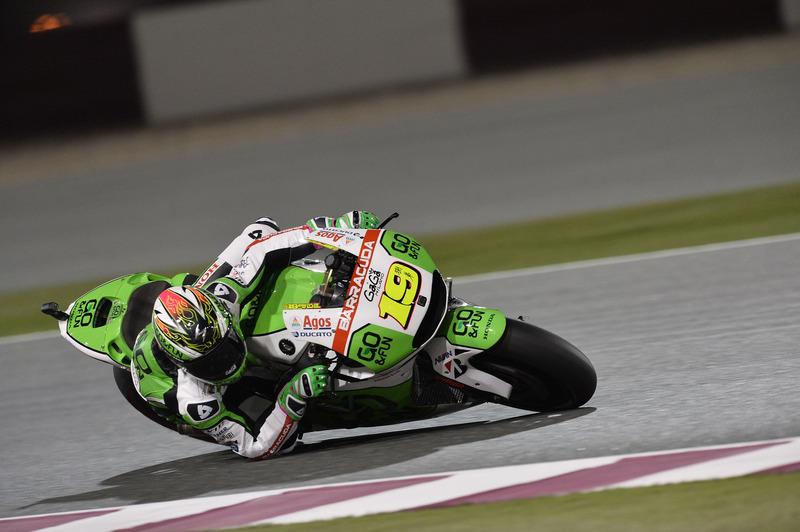 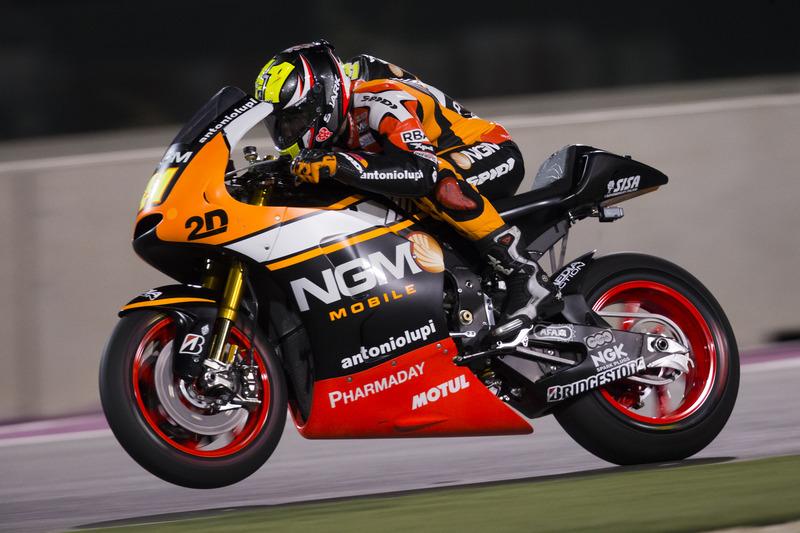 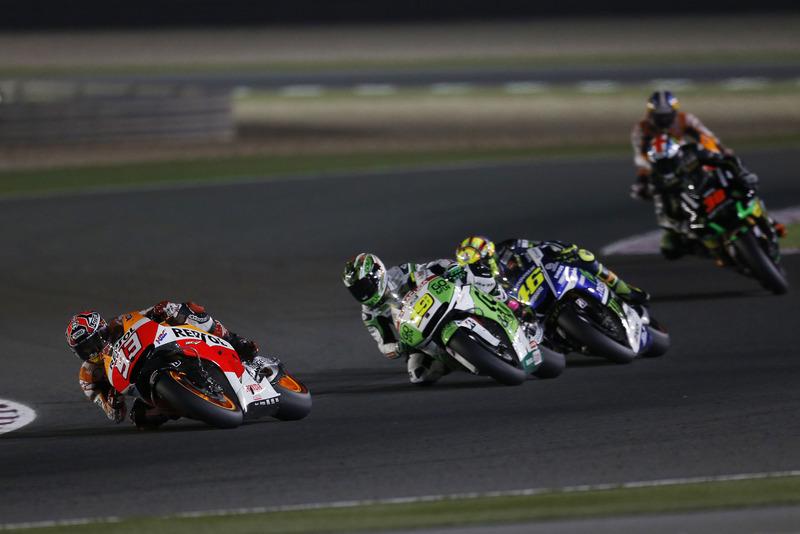