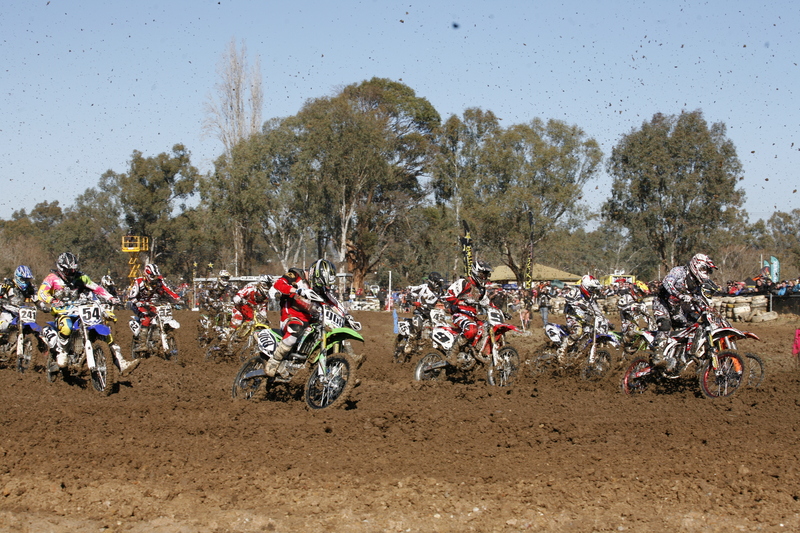 Will CDR Rockstar Yamaha's Jay Marmont make it four in a row this year? The multiple champion will have his work cut out for him this year, with the likes of Billy Mackenzie, Dean Ferris and new JDR Motorex KTM recruit, Dan Reardon all capable of taking the Pro Open title. Jay's younger brother, Ryan, steps up to the Open class this year alongside Reardon at KTM, adding to the list of challengers. Marmont's biggest competition may come from within in the form of new team mate, Josh Coppins. Following a number of seasons spent in the World MX Championship, Coppins is looking forward to the challenge of the MX Nationals and a return to familiar shores.

In other news, Kawasaki will be reinvigorated by the addition of Monster Energy Drink sponsorship for 2011, with Billy Mackenzie returning, joined by last year's top-placed privateer, Dean Ferris. After running a privateer Open campaign last year, Danny Ham has stepped off the bike and into a team manager role for JDR Motorex KTM. In that squad, Ryan Marmont's place in the Lites team will be filled by last year's Under 19 champ, Josh Cachia. Matt Moss will return to Australia to partner Cachia and Brenden Harrison in the Lites class, as last year's Lites champ, P.J. Larsen, pursues a US-based campaign. There will still be an American flavour to the Lites, though, with the announcement that Phil Nicoletti will ride a KX250F for the rebranded Monster Energy Kawasaki team. Last year's Cougar Bourbon Honda outfit is also getting a name change, rebranded with Carlton Dry signage for 2011. The Honda squad will be further boosted by the addition of 2009 championship runner up, Cheyne Boyd, to the team alongside Todd Waters. Rockstar Motul Suzuki will retain the services of Cody Copper, while Lawson Bopping will step up to the Open class for the Raceline Pirelli satellite Suzuki outfit. Matt Moss's twin brother, Jake, is set to join the Serco Yamaha Lites team, alongside Kirk Gibbs. Finally, CDR Rockstar Yamaha have a surprise planned for the 2011 season that's sure to get the whole paddock talking.

For the latest news on what's happening with the MX Nats for 2011, go to the official Rockstar Energy Drink MX Nationals website - www.mxnationals.com.au