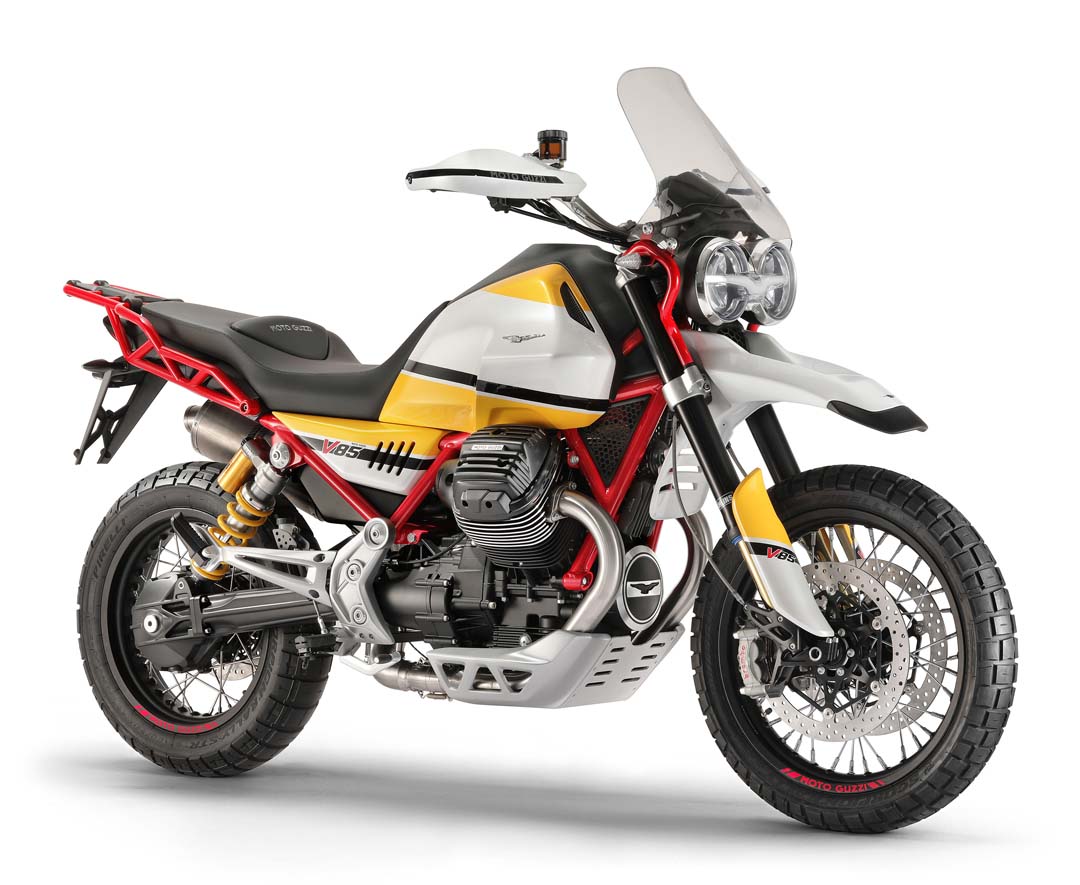 One of the many motorcycle debutants at EICMA this year was the V85 adventure tourer from Moto Guzzi. A continuation of the V65 and V75 Baja models from the 1980s, and a replacement for the Stelvio 1200 that was discontinued last year, the V85 is said to also serve as the basis for future models in other categories.
Powering the V85 is a modified version of the 850cc transverse v-twin used in the V9 road bike. But where that air-cooled engine outputs 44kW in the V9 Bobber and Roamer, Moto Guzzi claims 60kW in this new application thanks to a complete redesign.
The V85 also features an entirely new steel trellis frame that’s claimed to deliver on-road handling and precision, as well as off-road toughness. An aluminium swingarm features an asymmetric design, catering for the nearside-mounted muffler to reduce overall width around the pillion footpeg area, while the offside of the swingarm incorporates the shaft drive, as per the Stelvio, and also carries the rear monoshock.
Both front and rear suspension are said to offer generous travel to suit off-road use, as well as comfort on road.
Styling touches include handguards and dual LED headlights reminiscent of both the Stelvio and older Quota 1000, while the high-mount front mudguard, windscreen, engine bash plate and oversized, endurance-style fuel tank are a nod to the NTX 650.
The production V85 is expected to be released next year. 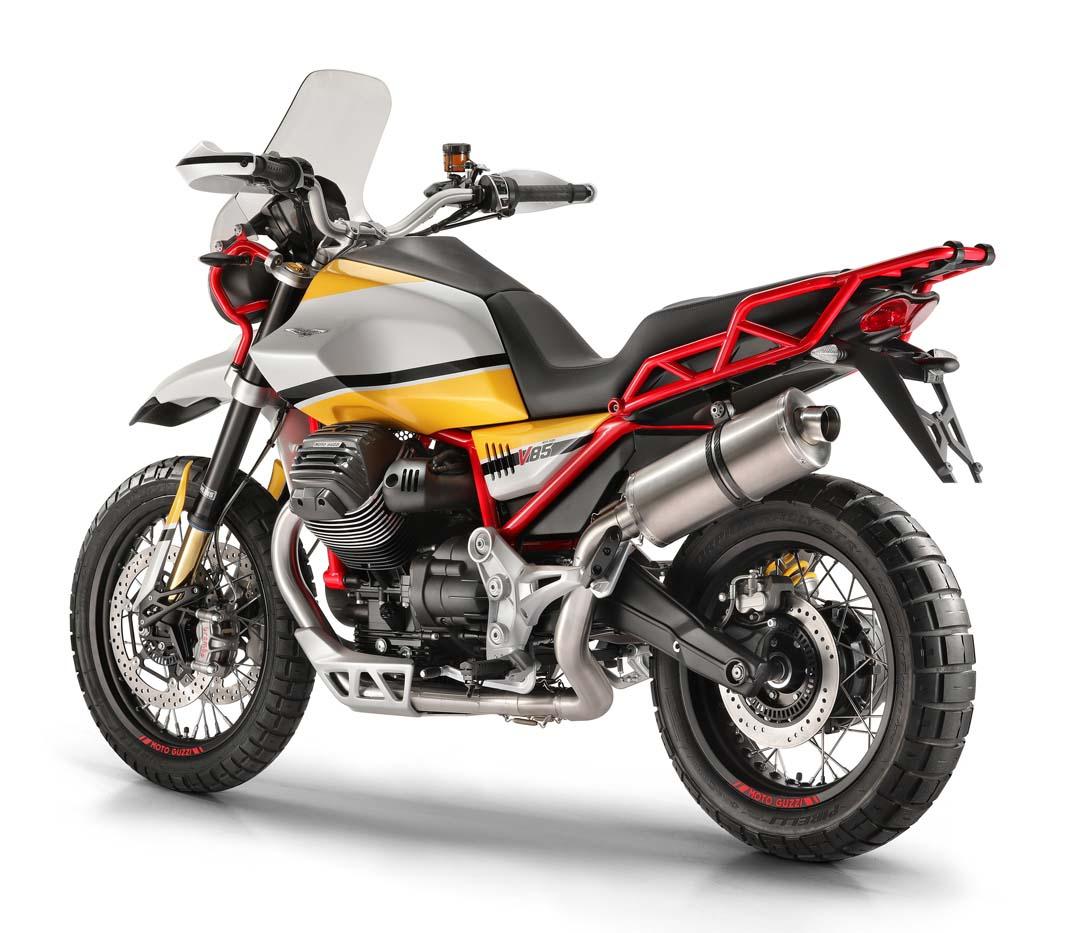 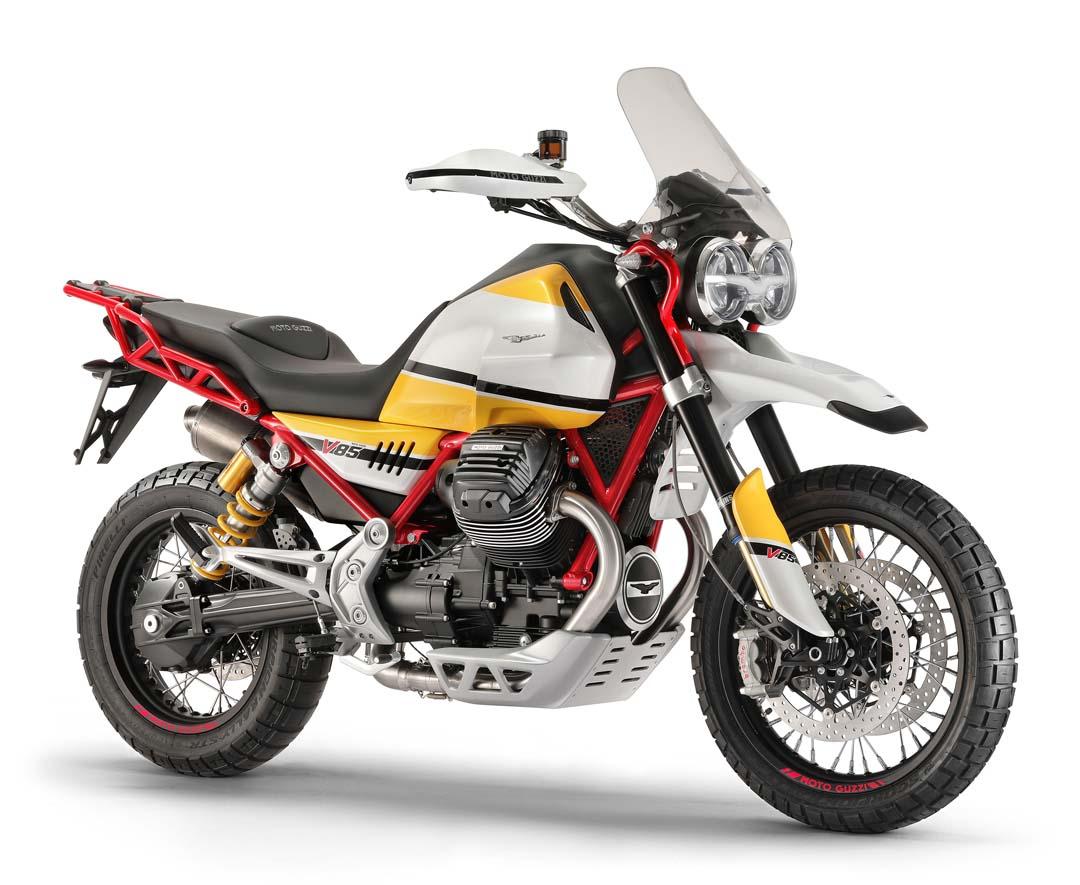 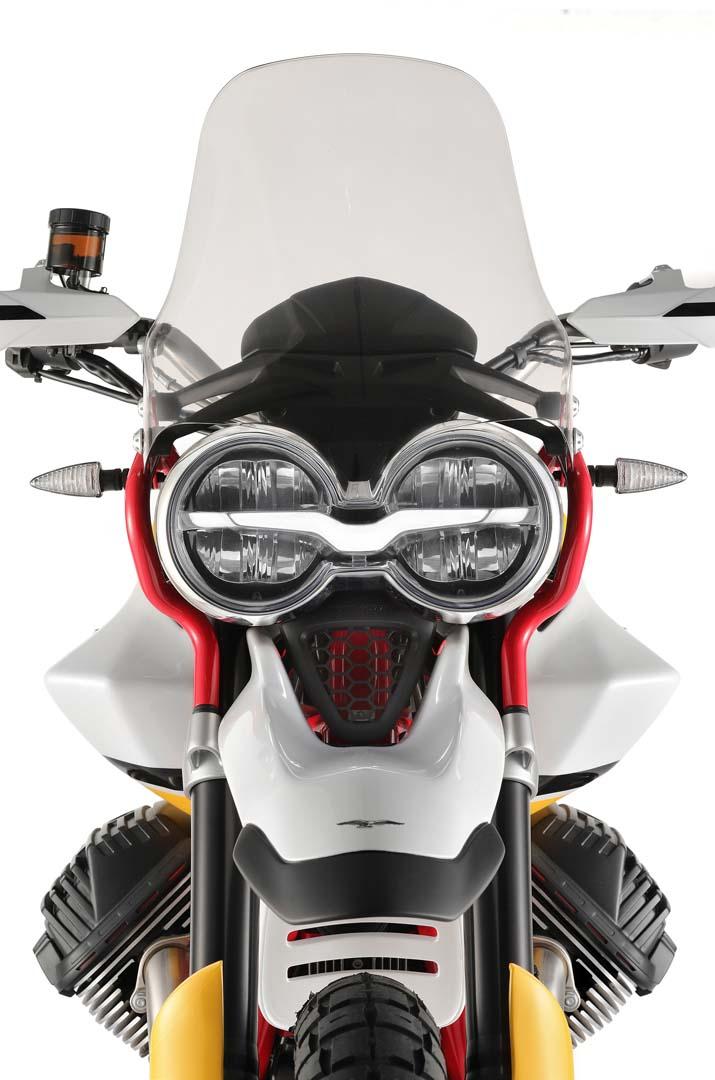 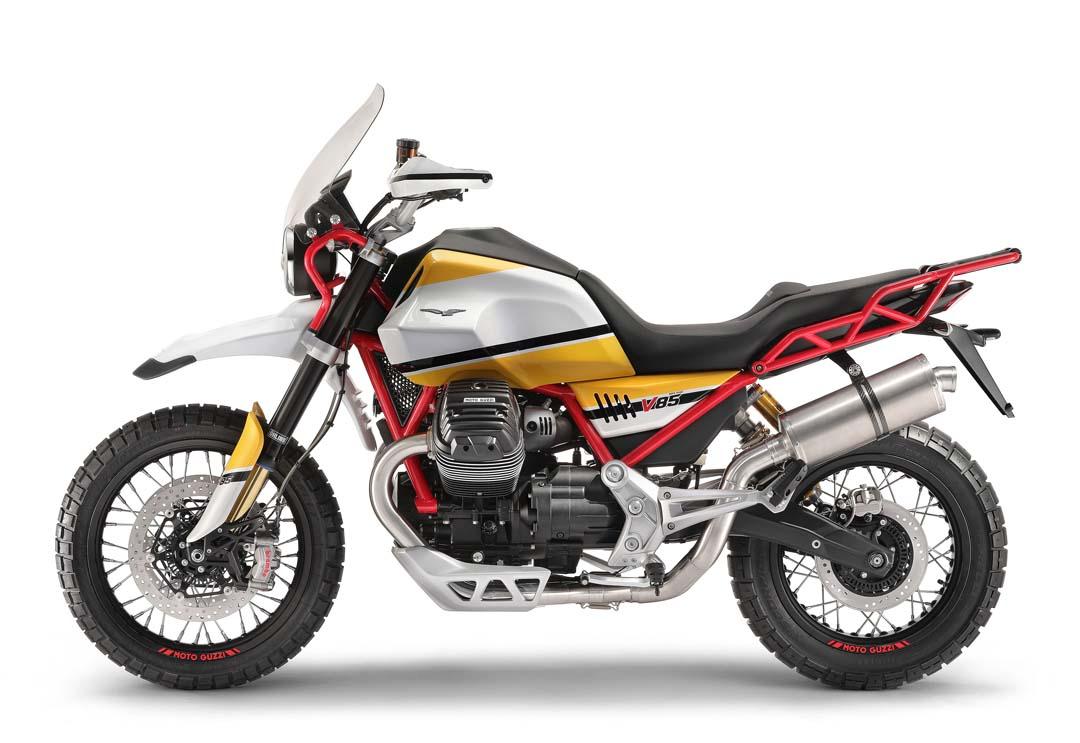