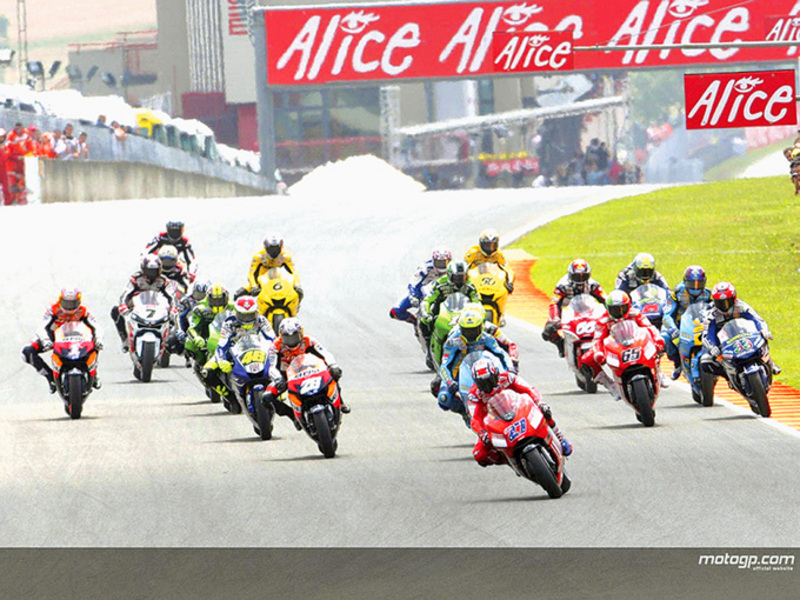 Unsurprisingly, the five time 500cc/MotoGP champion withstood the pressure to comfortably take his second win of the season, closing the gap on championship leader, Casey Stoner (Marlboro Ducati) in the process. Despite a poor start and a late threat from Dani Pedrosa (Repsol Honda), the race went pretty much to the script for Rossi, who took the lead on lap nine and held it to the chequered flag.

Stoner and team mate Loris Capirossi shared the lead for the first five laps, with Marco Melandri (Gresini Honda) not far behind. Wet practice sessions meant Stoner was one of many to not have the ideal dry race set-up. As the race unfolded, both Stoner and Capirossi fell back through the field, with Stoner passed by Alex Barros (d'Antin Ducati) with three laps to go, just missing out on the final podium slot .

Chris Vermeulen (Rizla Suzuki) started from the front row, but a lack of straight line speed saw him overtaken by the Hondas and Ducatis.The Aussie fought off Melandri at the end to finish eighth. The disastrous year for championship defender, Nicky Hayden (Repsol Honda) continued at Mugello, the American never threatened the head of the field at any stage and only just made the top ten.

250cc
Mugello was a watershed for Alvaro Bautista, who followed up his first 250cc pole position with his first victory in a race that was full of biff and barge. Championship leader, Jorge Lorenzo, started from a lowly 20th on the grid, but soon reeled in the field to be threatening the leaders within a lap. Lorenzo clipped Red Bull KTM's Mika Kallio on lap two, knocking off part of the bikes exhaust. On the race's final lap, Bautista made a desperate lunge up the inside of Lorenzo, forcing the Spaniard off track and into the gravel. Bautista then muscled past race leader, Alex de Angelis, to take the win by less than a tenth of a second. Lorenzo's team lodged a protest over Bautista's tactics, but it was dismissed.

125cc
Hector Faubel started the race from pole, but had to fight all the way for a victory that wasn't assured until the dying moments of the final lap. Faubel had looked destined to finish third, but the Spaniard slipstreamed Sergio Gadea and Simone Corsi at the death knell to steal the win. Gadea started from 20th on the grid, and looked to be the likely race winner on the final lap before Faubel's bold move. 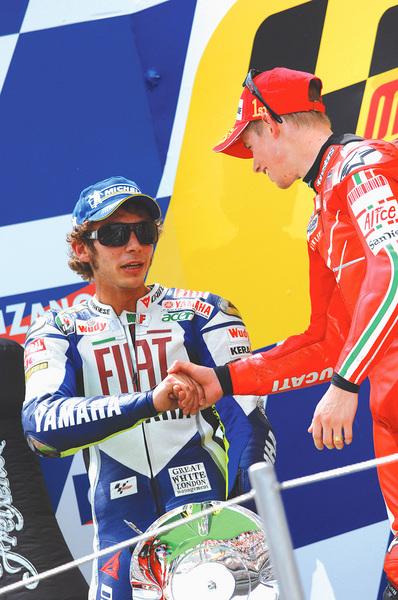 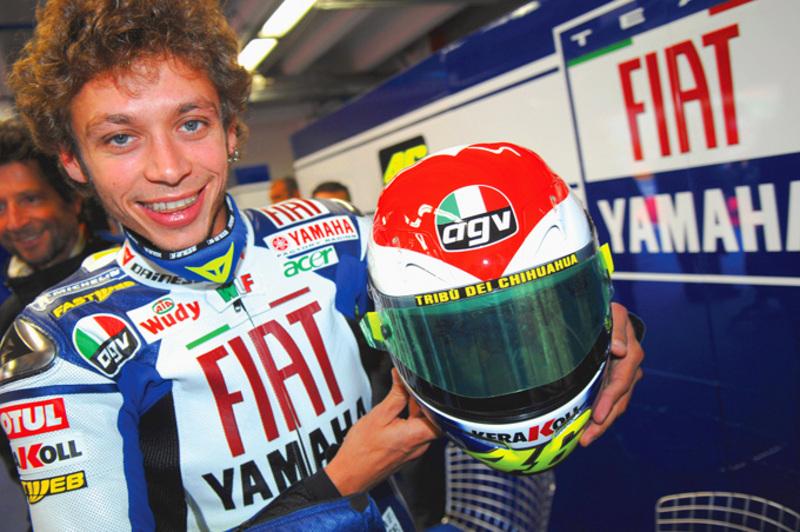