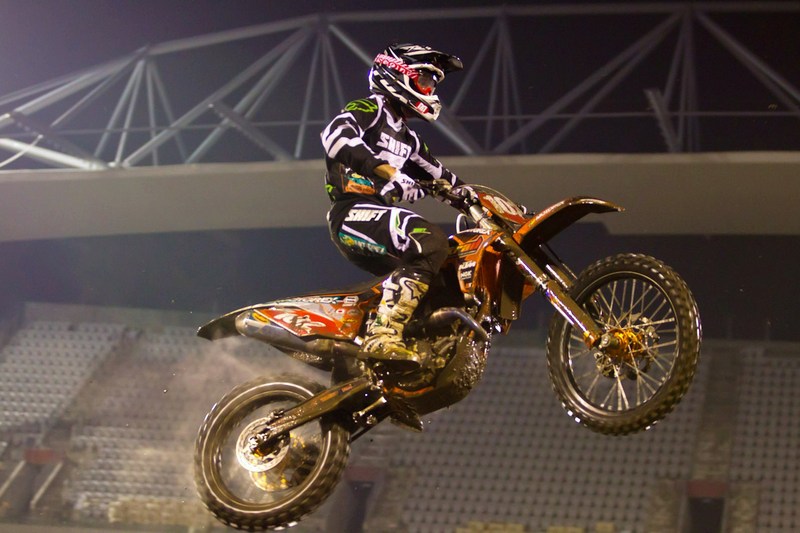 As in the first round, weather was a factor again, with a thunderstorm drenching the track just ahead of the finals in Lites and Open classes
JDR Motorex KTM's Matt Moss proved he will be the rider to beat in the Lites class after recording another win at round 2 of the 2011 Monster Energy Super X Australasian Supercross Championship, held at Wollongong's WIN Stadium on October 29.

As in the first round, weather was a factor again, with a thunderstorm drenching the track just ahead of the finals in Lites and Open classes. The main events were reduced to a single 15-lap final for each class from the scheduled four-race 'Survival' formal for the Opens and 'Triple Header' for the Lites.

The Wollongong round was essentially a 'home' round for NSW South Coast resident Moss, whose victory extended his championship lead. The 23-year-old was at his spectacular best in appalling conditions, hitting the lead on lap one and never challenged throughout the 15-lap final.

Recently signed to head to the U.S. for JDR in 2012, Moss credited his performance at Wollongong as one of his greatest ever.
"It was nice in the afternoon racing in the sunshine, but then when it rained it was a great decision of WEM to run just one race considering the conditions," said Moss, who also won his heat race.
"After winning in the mud last week I had a lot of confidence, so I knew I could win again.
"I got a good start in the main event and felt awesome out there - I've actually never felt that good on a bike before. Everything just seemed to work and I was hitting my marks. It was my hometown, a great win in front of family and friends, so I'm stoked with that."

Brenden Harrison, 22, made it two 250 SX-Fs on the podium in the Lites, the Queenslander taking third place for the second weekend in a row. Victorian Josh Cachia suffered a hand injury when he crashed out of the main event.

In the Pro Open class, former Australian champion Dan Reardon was a contender for the win early, but had to settle for second overall behind Rockstar Motul Suzuki's Daniel McCoy in the challenging, muddy conditions.
"It was looking promising to start the day with nice weather and the track seemed pretty good," Reardon explained.
"The heavens opened for the main event, but to get the overall result of second was good.
"I actually thought I was fourth when I crossed the finish, so to get back on the podium is good for me. It's just a case of taking baby steps, but it's a short series and I have to make every round count."

Round one winner Tye Simmonds finished sixth at Wollongong, but remains in title contention, just one point off the series leader, Daniel McCoy. Hometown favourite Ryan Marmont was 11th after experiencing difficult luck during the evening.

Super X stays in NSW for round three of the series, to be held at Campbelltown Stadium on Saturday, November 5.


Visitwww.ktm.com.auon the web for further information, plus more on KTM's full model line-up of off-road and road motorcycles for 2012. 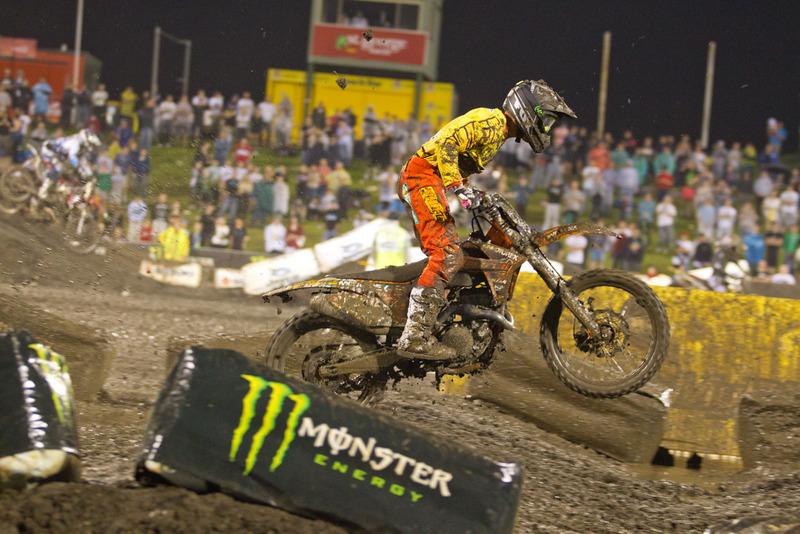 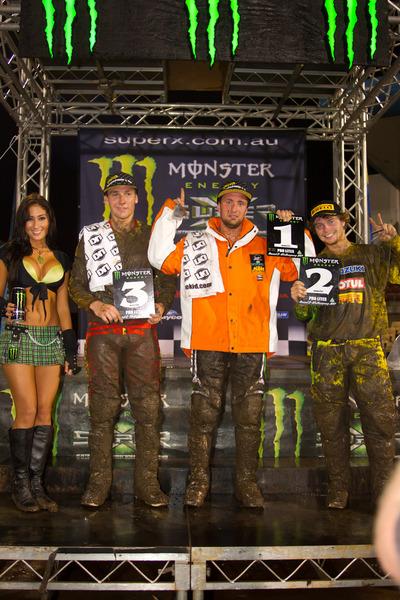 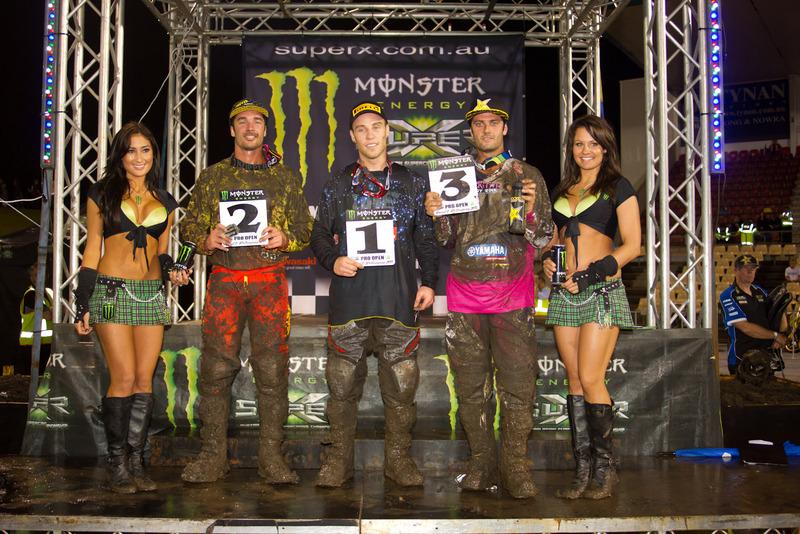