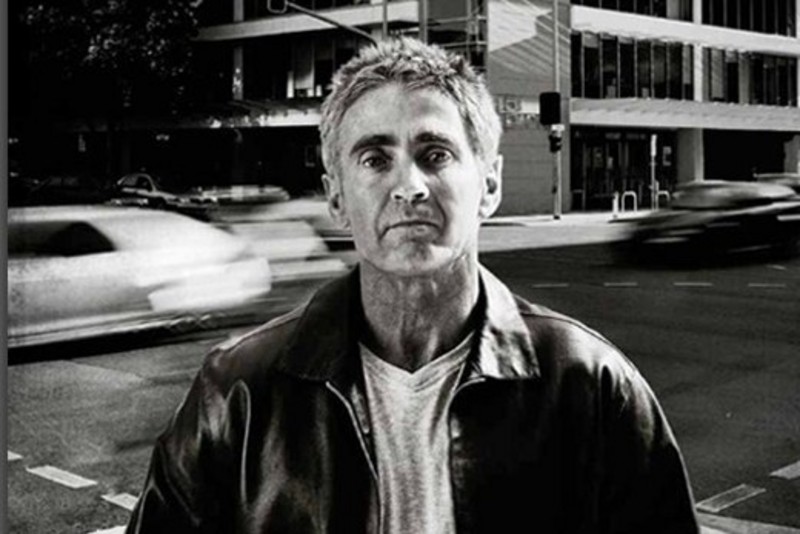 The five-time 500cc motorcycle world champion features in TV and print ads for the campaign, which focuses on safety at intersections under the banner of 'treat every intersection as black spots'. The TV ads started airing on 13th November, supported by radio, in venue advertising and an online page with stats, videos and more information.

MAC General Manager Corporate Affairs, Ben Tuffnell, said the new public education campaign is an important reminder to motorcyclists and drivers of the dangers at intersections.

"Almost 50% of motorcycle crashes occur at intersections and in the majority of cases they involve another vehicle," Tuffnell said. "The major cause is failing to give way, usually the result of a driver not seeing the motorcyclist, and misjudging the rider's speed. A common crash at an intersection is when a car driver is turning right across the path of an on-coming motorcyclist.

"Road safety happens through the deliberate efforts of many individuals and many sectors of society - government and non-government alike. Our previous campaigns have been well received, due in part to being delivered by a respected spokesperson whose experience and expertise is held in high regard.

"That's why we've again involved Mick Doohan as an ambassador to ensure motorcyclists sit up and take notice of the campaign's important safety messages," Tuffnell said.

Speaking at last week's launch, Doohan said that motorcyclists can reduce their chances of being in a crash by the way they ride.

"Riders need to 'treat intersections as black spots', and assume they haven't been seen by drivers. They need to approach all intersections carefully and be ready to stop or take other evasive action," Doohan said.

"They should ride with their headlights on in a lane position that provides the best view of surrounding traffic, and cover the brake to reduce reaction time in the event of crash.

Taking in the big picture, scanning ahead and making eye contact with other road users, together with wearing bright colours is also vital. It's also really important that drivers play their part too. They need to be really aware of how exposed motorcyclists are, and to look-out for them - especially at intersections.

"There are many ways to reduce your risk of being a casualty. But accepting responsibility for your own safety on the road is vital," Doohan added.

"There have been 18 fatal motorcycle crashes this year compared with 10 fatal crashes in 2010," Superintendent Fellows explained.

"In response to this worrying trend police are actively targeting drivers who put motorcyclists at risk on the road and also motorcyclists who speed or display reckless behaviour as part of 'Operation Safe Motorcycles'. Safe Motorcycles is a state-wide police operation that will continue until Wednesday 30th November 2011."

More information on the 'treat every intersection as black spots' campaign can be found online at www.mac.sa.gov.au/blackspots. 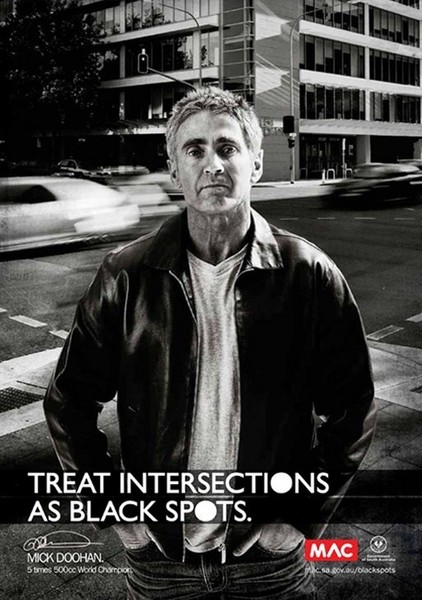