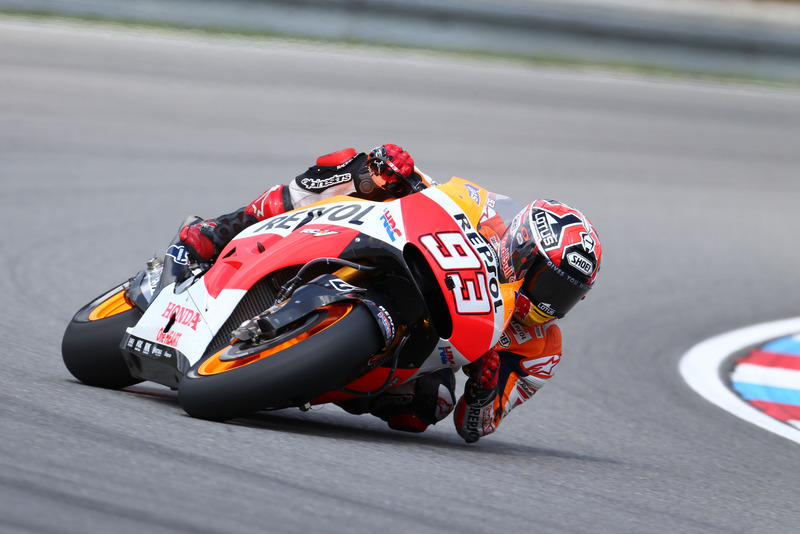 The Repsol Honda rider and defending MotoGP champion came to Brno with ten successive wins under his belt, equalling the record of Mick Doohan and Giacomo Agostini.

Unfortunately for the young Spanish champion, the chance to break the ten-win record was missed. Despite qualifying on pole, Marquez couldn't match the race pace of his Repsol Honda team mate, Dani Pedrosa, who won the race ahead of the Movistar Yamaha MotoGP Team pair of Jorge Lorenzo and Valentino Rossi. After being in the hunt for a podium place for most of the race, Marquez eventually fell back behind Rossi to finish fourth.

"Today was one of those Sundays in which I neither felt completely comfortable, nor had found the best setup for the bike," Marquez said afterward.

"It wasn't down to a mistake by me or by the team, it was simply that we didn't have the same feeling as on other Sundays. In a way it's taken a weight off my shoulders, as now people won't be asking me if I can win every race anymore."

This marked the first time Marquez had finished off the podium in a race he had completed since he entered MotoGP in 2013. Despite the "failure" at Brno, Marquez still holds a commanding 77 point lead in the championship; 263 points to Pedrosa's 186, with Rossi third on 173 points. 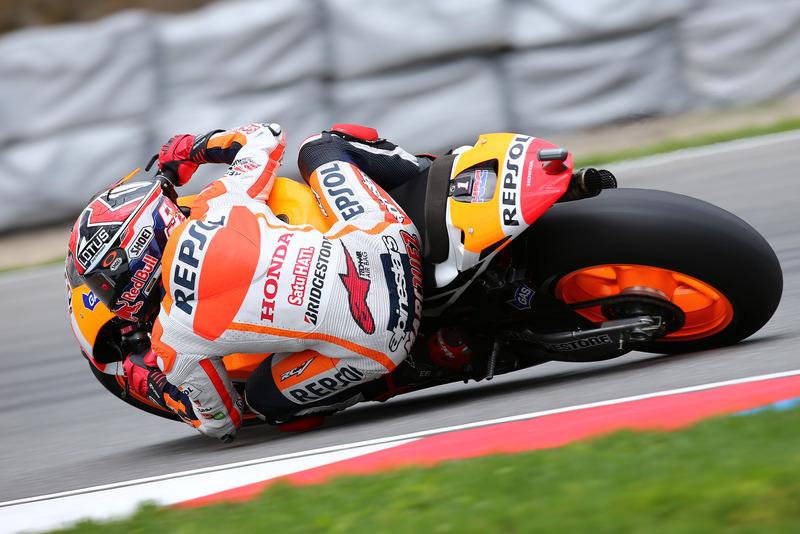 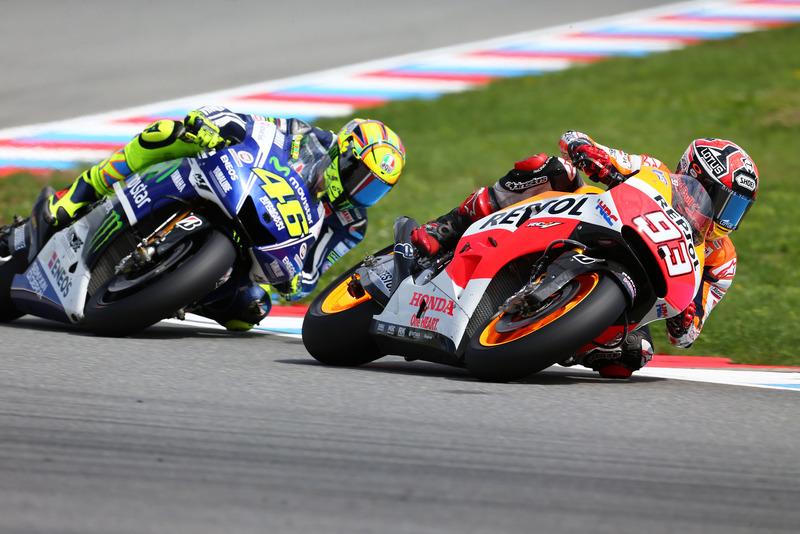