The return of Marc Marquez to MotoGP in 2021 hit a peak at the Sachsenring round on 20 June, when he recorded his first race win in 581 days. 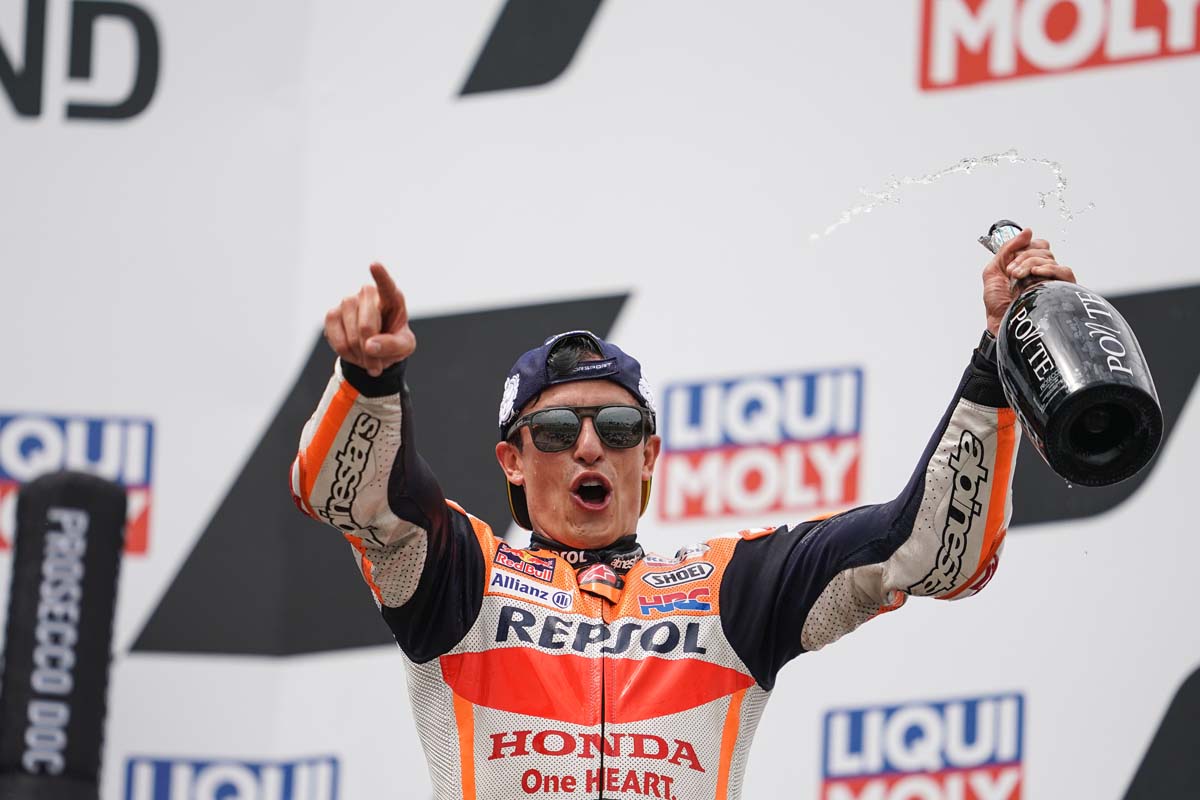 While the circuit layout at the Sachsenring helped (putting less stress on his injured right arm), Marquez said it was at the German GP weekend that he felt for the first time like there were fewer limits on his ability to ride fast.

In the post-race press conference, Marquez revealed he had shut out a lot of ‘outside noise’ since returning to racing in April, but had welcomed feedback from those he thought could help him. One of those was Mick Doohan.

Marquez explained that he spoke to Doohan at the Mugello race weekend and the five-time 500cc World Champion called him soon after to share the experience of his own recovery from a potentially career-ending crash at Assen in 1992.

“I know that (Mick) had a similar situation… He was explaining his situation, but it was like he was explaining my situation - it was exactly the same problems (with recovery) - like you don’t understand the bike, you are not riding like you want to, stupid mistakes, stupid crashes, some races you will be fast, some practice you will be slow and you don’t know why. All the problems that I have this year - he had in the past.

“This conversation with Mick Doohan helped me a lot to keep pushing.”

Marquez’s win at the Sachsenring was his eleventh in succession at the German circuit, but came after a tough start to the 2021 season that saw him sit out the opening two rounds in Qatar, returning for Round 3 at Portimao. He finished seventh there and after a ninth place at Jerez, crashed out of the next three races at Le Mans, Mugello and Catalunya.

The win moved Marquez from 18th to 10th in the championship, but the Spaniard is focusing on recovery this season, rather than adding to his six MotoGP titles.