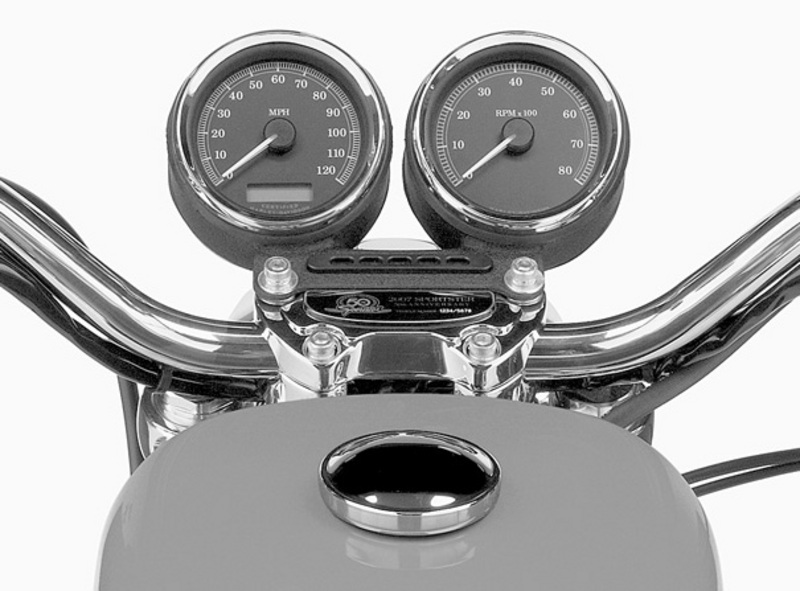 Special features include gold "50th" tank emblem, serialised bar clamp nameplate with "50th' logo and embroidered seat marking 50 years of production. Fads like hula hoops, frisbees and 3-D movies were big in America when the Harley-Davidson Sportster was introduced in 1957. While fads come and go, the Sportster motorcycle is still going strong in 2007.

Born in the heyday of rock n' roll and the hot rod, the Harley-Davidson Sportster has become one of the most recognised and aptly named motorcycles in history. As a successor to Harley-Davidson's K-series sportbikes, the Sportster XL-series was the first American muscle bike of the rock n' roll era and has set the standard for future generations.

"Throughout the last half century, the Sportster models have grown and evolved based on innovation and changing preferences of our customers," said Lance Onan, Sportster Marketing Platform Director. "The 2007 model year is another major milestone that celebrates Sportster heritage with a look to the future. Sportster riders are part of the evolution of a true hot rod motorcycle, from the first 1957 Sportster to the XR-750 racers of the 1970s to the new 2007 models and beyond."

To incorporate ESPFI as standard for all 2007 Sportster models, Harley-Davidson redesigned the Sportster rear fender, seat, fuel tank, coil, stator, exhaust pipes, wiring and induction system, while also revising the frame. With oxygen feedback acting independently on each cylinder, the system learns and adjusts to changing conditions to deliver optimal performance. Production of the 50th anniversary edition will be limited to 2,000 motor-cycles worldwide.

New gauges on the 2007 Sportster models provide a clock on the odometer, low fuel warning light and two trip set odometers. The Sportster ride is also enhanced through an eight percent reduction in clutch lever effort and an 11 to 14 percent reduction in front brake lever effort, depending on model. Sportster customising is made easier by a two-inch (5cm) lengthening of handlebar wiring.