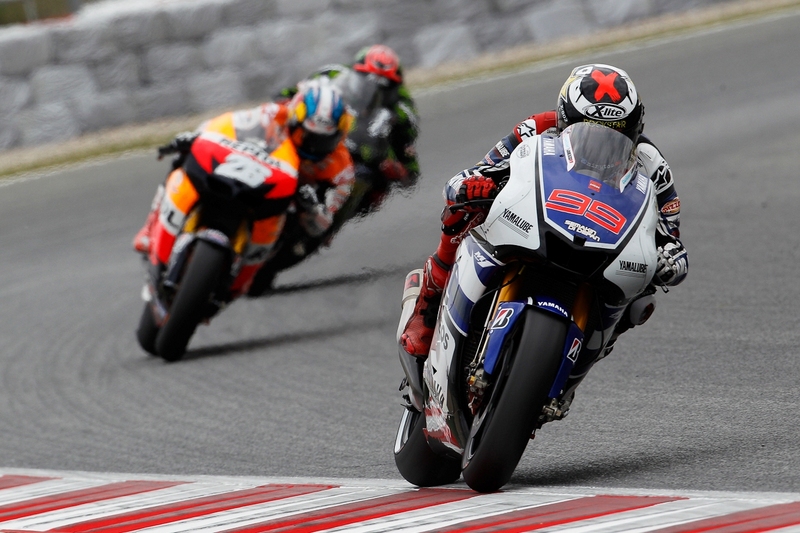 Stoner, who had won the last four races held at the Catalunya circuit newar Barcelona, started from pole, but struggled from the start of the race, as track temperatures were much lower than Saturday's qualifying session, aided in part by morning rain
Round 5 of the 2012 MotoGP World Championship was 'home territory' for Yamaha Factory Racing's Jorge Lorenzo, Repsol Honda's Dani Pedrosa and others. Come race time, the star Spaniards didn't disappoint the local crowd, putting on an emphatic display that saw Lorenzo finish ahead of Pedrosa, while Stoner finished off the podium for the first time in more than a year.

Stoner, who had won the last four races held at the Catalunya circuit newar Barcelona, started from pole, but struggled from the start of the race, as track temperatures were much lower than Saturday's qualifying session, aided in part by morning rain.

On his home track, Stoner's team mate Pedrosa got the holeshot - from the second row of the grid - ahead of Yamaha Factory Racing's Ben Spies. Lorenzo pushed his way past Stoner into third, as the whole grid was tightly bunched in the first lap. Within a few corners, Monster Yamaha Tech 3's Andrea Dovizioso muscled his way past Stoner, who subsequently ran wide a lap later, letting through Cal Crutchlow.

While most riders had elected to go for soft compound tyres, the Repsol Honda pair, along with Stefen Bradl (LCR Honda MotoGP), chose the older-style hard compound tyres. This may have explained why Stoner was noticably slower early, but can't explain Pedrosa's blazing pace on the same tyres.

With 23 laps left, Spies made a move on Pedrosa, yet ran wide under brakes, touched the dirt and went down in a soft lowside. The Texan was able to remount and continue, but at the back of the field. This put paid to what had been his most promising start to a race so far this season.

With 21 laps remaining, the front five of Pedrosa, Lorenzo, Dovizioso, Crutchlow and Stoner started to pull out a gap to the following group, led by San Carlo Honda Gresini's Alvaro Bautista. On the same lap, Avintia Blusens' Yonny Hernandez ran off track, yet managed to avoid the gravel trap - just!

Two laps later, Lorenzo went past Pedrosa on the brakes down the home straight, while Stoner took Crutchlow for fourth shortly after. Further down the field, Ducati Team's Valentino Rossi passed Bradl for seventh, and started pursuing Bautista. Spies had made his way back to 12th at this point.

Pedrosa made use of superior drive on the straight with 14 laps left, as he passed Lorenzo in the slipstream, yet could not shake him on the ensuing lap. One lap later, Lorenzo was too late on the brakes into the first turn, letting Dovizioso close the gap once more, and making yet more work for himself to catch Pedrosa.

Dovizioso had a moment eleven laps before the end, dropping off the pace just briefly, while Crutchlow ran very deep into the first corner in his battle for fourth. Stoner, Pedrosa and Bradl were the only bikes in the top ten with the hard compound rear tyre, yet at the half way point there was no obvious advantage, as Lorenzo was slowly closing the gap to the Spanish Repsol Honda rider.

With just six laps remaining, Lorenzo was right on the rear wheel of Pedrosa, as the pair were involved in a nail-biting tussle for the lead. It was the Repsol rider who subsequently made a mistake with a big wheelie trying to get drive off a corner, which allowed Lorenzo past in the following corner. Behind the leading pair, Dovizioso, Stoner and Crutchlow where involved in a battle for third, whilst they were followed further down by Bautista and Rossi fighting it out for sixth.

With three laps to go, Lorenzo started to open up a small advantage, while Crutchlow was on the back of Stoner's rear wheel, though was struggling to find a way past. The final lap saw Stoner drop the Brit and hunt down Dovizioso.

In the end, it was Lorenzo who took the chequered flag by over five seconds from Pedrosa, with Dovizioso holding off Stoner to take his first podium this year. The reigning world champion finished fourth, which is the first time he hasn't stood on the podium since the Jerez round in April of 2011. The top ten was completed by Crutchlow, Bautista, Rossi, Bradl, Ducati's Nicky Hayden and Spies.

"I'm really happy with this victory as it was a very tough weekend," Lorenzo said of the win. "We performed a lot better than yesterday as in qualifying it was very hot. The grip on the track after the rain this morning was also not so great. At the beginning of the race when I was following Ben and Dani it was very easy to make a mistake under braking and touch them so I waited calmly for my opportunity. When Ben made a mistake I moved up. I followed Dani and watched him, he slowed his pace and eventually made a mistake so I was able to pass him then give it full throttle. Thank you so much to Yamaha and my team for working hard to make a great bike for today's victory."

Stoner, in a Repsol Honda release, expressed his frustration at the result, identifying his personal battle to get the most out of the harder compound tyres.
"I'm a little disappointed, we gave it everything at the end but we just didn't have the pace, especially in the beginning with the hard tyre. It seemed that only Dani could really make that tyre work today and he made it work better than us. With the performance we had during the weekend we expected to be a little stronger throughout the race, we knew the beginning was going to be tough but we believed that towards the end we would be able to run a higher pace. We weren't sure if the softer tyre was going to be a problem for us in the race so we took the safer option today."

Of the CRT entrants, Aleix Espargaro (Power Electronics Aspar ART) was the top finisher in thirteenth. In his return from a broken collarbone, Colin Edwards (NGM Mobile Forward Racing Suter/BMW) finished last, one lap down on the leaders.

The next round of the championship is at Silverstone, UK on June 15th - 17th. 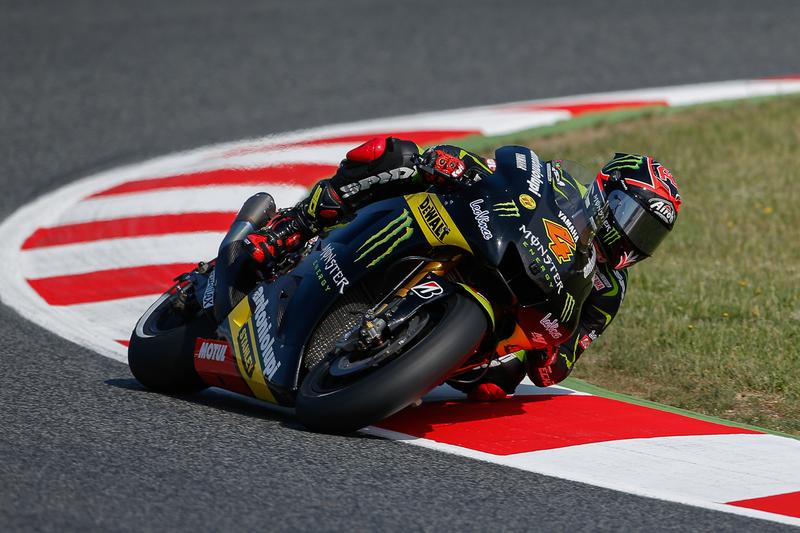 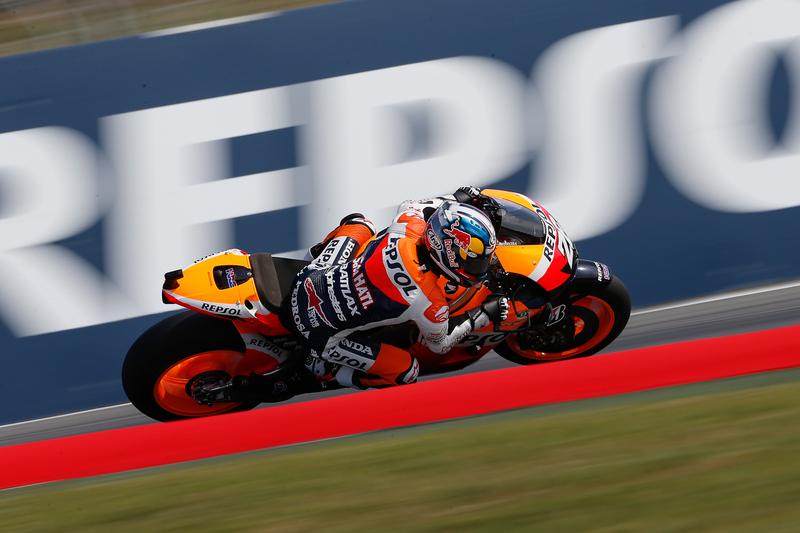