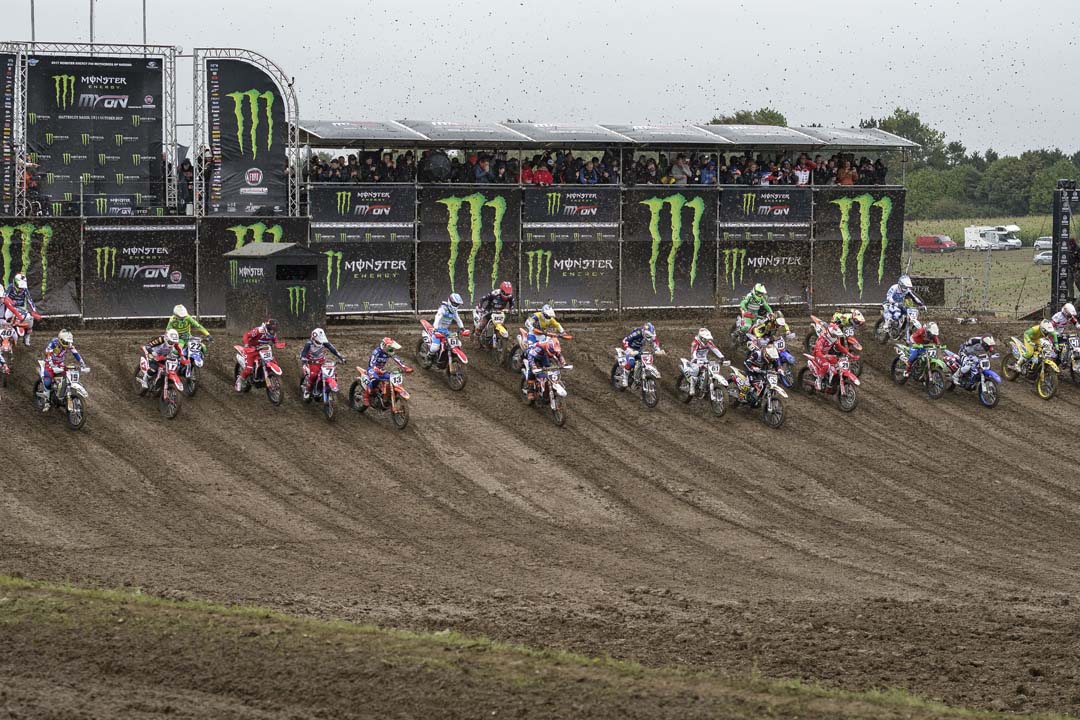 Team Australia finished sixth overall at this year’s Motocross of Nations held at Matterley Basin in Great Britain, with the star in the three-rider Aussie squad being Hunter Lawrence.
In what were initially good conditions, Lawrence qualified second in the MX2 class, but overnight rain made the circuit heavy and boggy for race day. This proved to be no problem for the 18-year-old from Landsborough in Queensland, as he finished fourth in the first moto (MXGP and MX2) on his Suzuki 250, ahead of many top flight competitors on 450cc machinery, then backed up with eighth in his second moto (MX2 and Open) despite a late race fall. The 4-8 result was enough for Lawrence to win the MX2 class and make a big contribution to Team Australia’s placing in the overall. 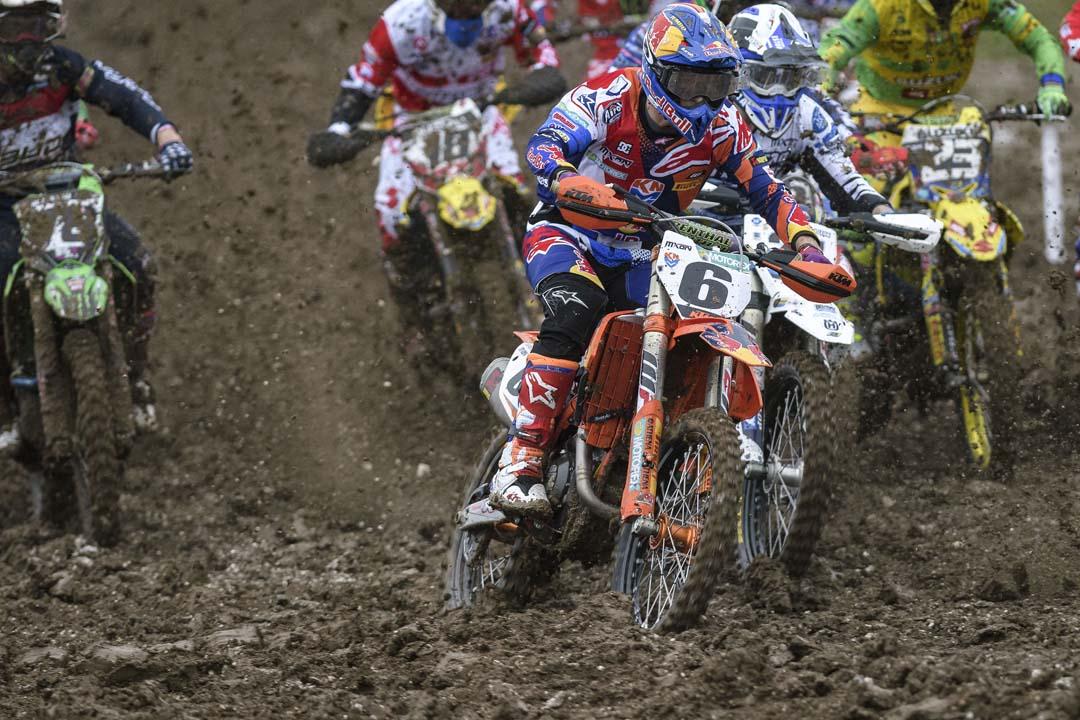 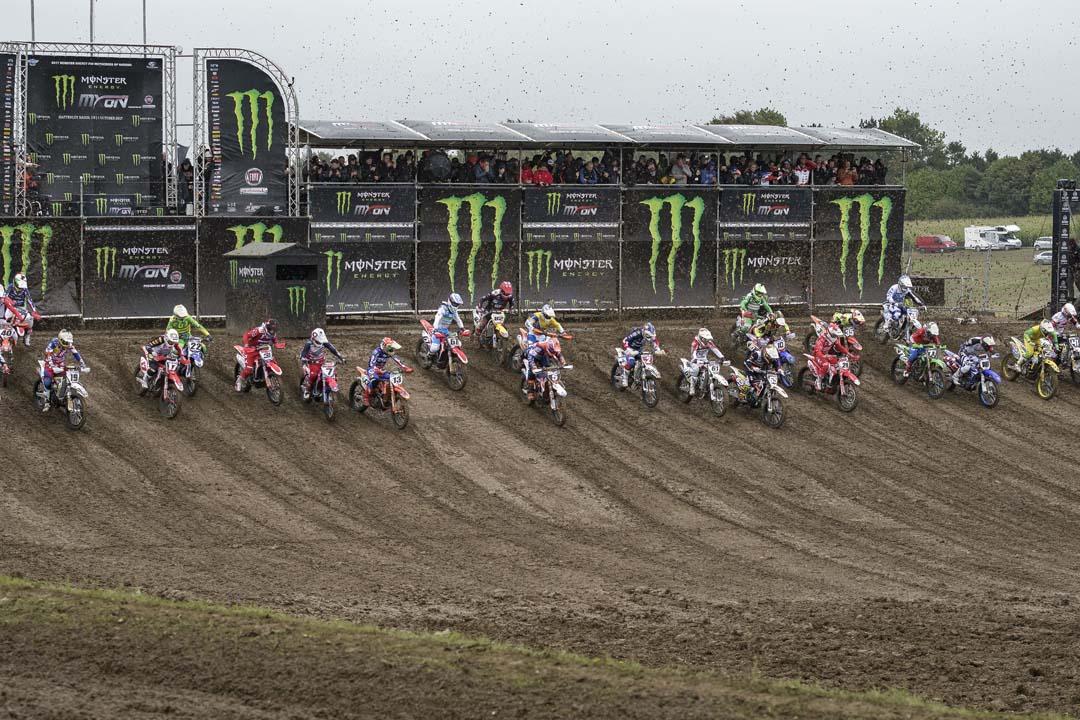 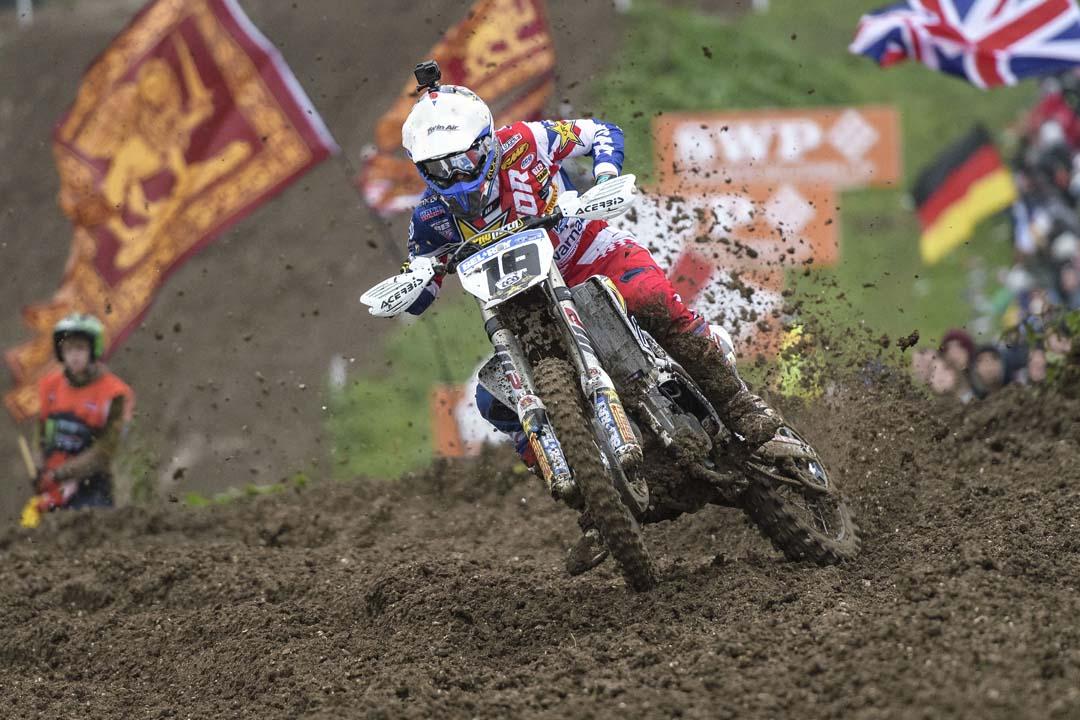 Mixed Aussies
In the same moto that Lawrence finished eighth, team mate Kirk Gibbs (Open) claimed a fifth-place after qualifying sixth. Gibbs had been inside the top three for much of the race before falling back.
In his second moto, Gibbs was boxed in off the line and pushed to the back of the top ten before a fall saw him at the tail of the 37-rider field. To his credit, Gibbs fought back and would eventually finish 19th, which was good enough for a combined result of sixth in the Open class.
The third member of the Aussie squad and the only one with past MXoN experience, Dean Ferris, came to the event fresh from a dominant performance in this year’s MX Nationals championship.
With 5-15 finishes last year, Ferris was expected to do well in the MXGP class, especially after qualifying in seventh place, but couldn’t match that result in the races. Lapped in the opening MXGP & MX2 moto and eventually finishing 22nd, Ferris did no better in the second race (Open & MXGP), finishing 23rd.
Despite this, the combined results were enough to put Australia in sixth place overall, an improvement on their eighth place from last year. 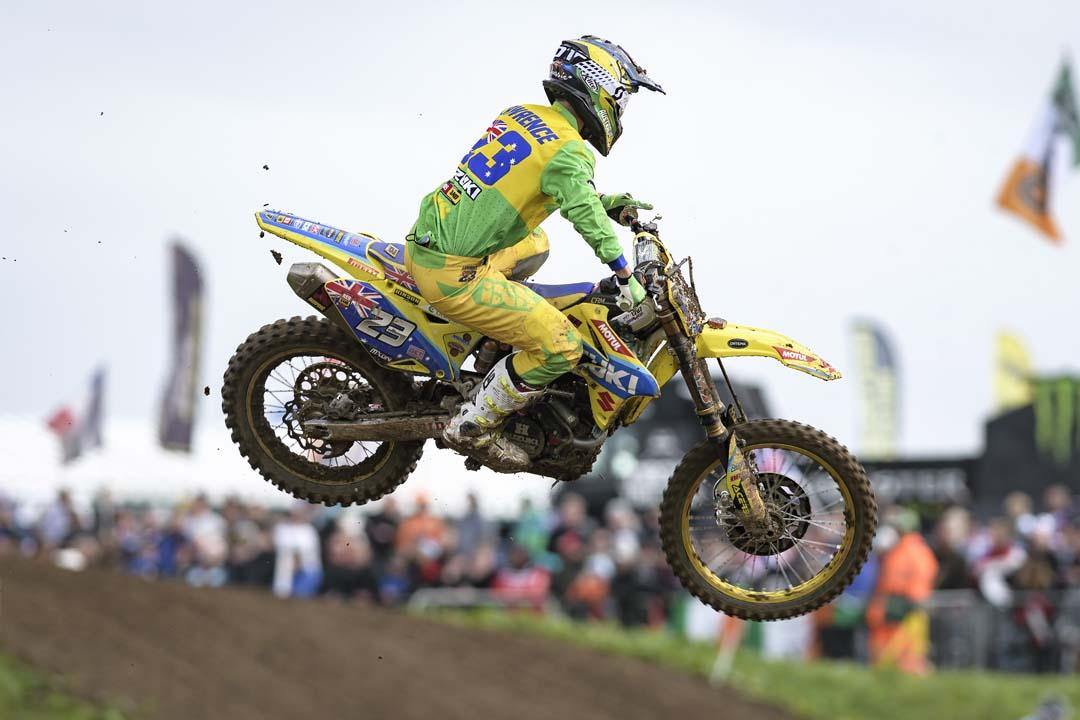 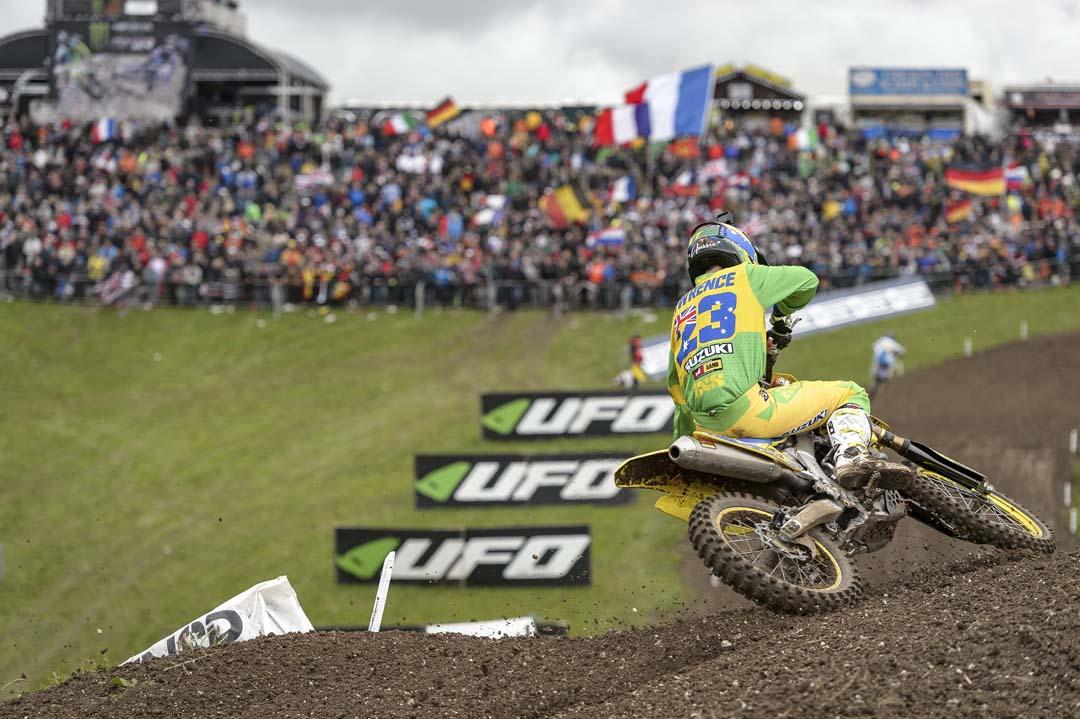 French Fire Again
After winning the MXoN for the past three years, Team France came to this year’s event as favourites, but they were up against strong teams from the Netherlands, Italy and Belgium, while the USA and ‘home team’ Great Britain were considered roughies to break France’s stranglehold on the event.
The opening moto saw Great Britain’s Max Anstie thrill the home crowd with a solid win over Tim Gajser (Slovenia) and Gautier Paulin (France), while in race 2, it was the turn of Jeffrey Herlings to impress. The Dutch rider won ahead of France’s Romain Febvre and USA’s Zach Osborne.
Christophe Charlier was inside the top ten for France in this moto, putting the national team in a strong position ahead of the day’s final race.
Individual honours in the last race went to Anstie again, which contributed to Great Britain’s third-place finish; the first time they’ve finished on the MXoN podium in 20 years.
However, Anstie’s heroics couldn’t stop the French juggernaut, with another pair of top ten finishes, this time from Febvre and Paulin, contributing to an overall point score (where lower scores are best) of 20 for France, ahead of The Netherlands on 31 and Great Britain on 32.
Off the podium, only ten points separated the next four teams, with Belgium fourth (53), followed by Switzerland (56), Australia (58) and Italy (63).