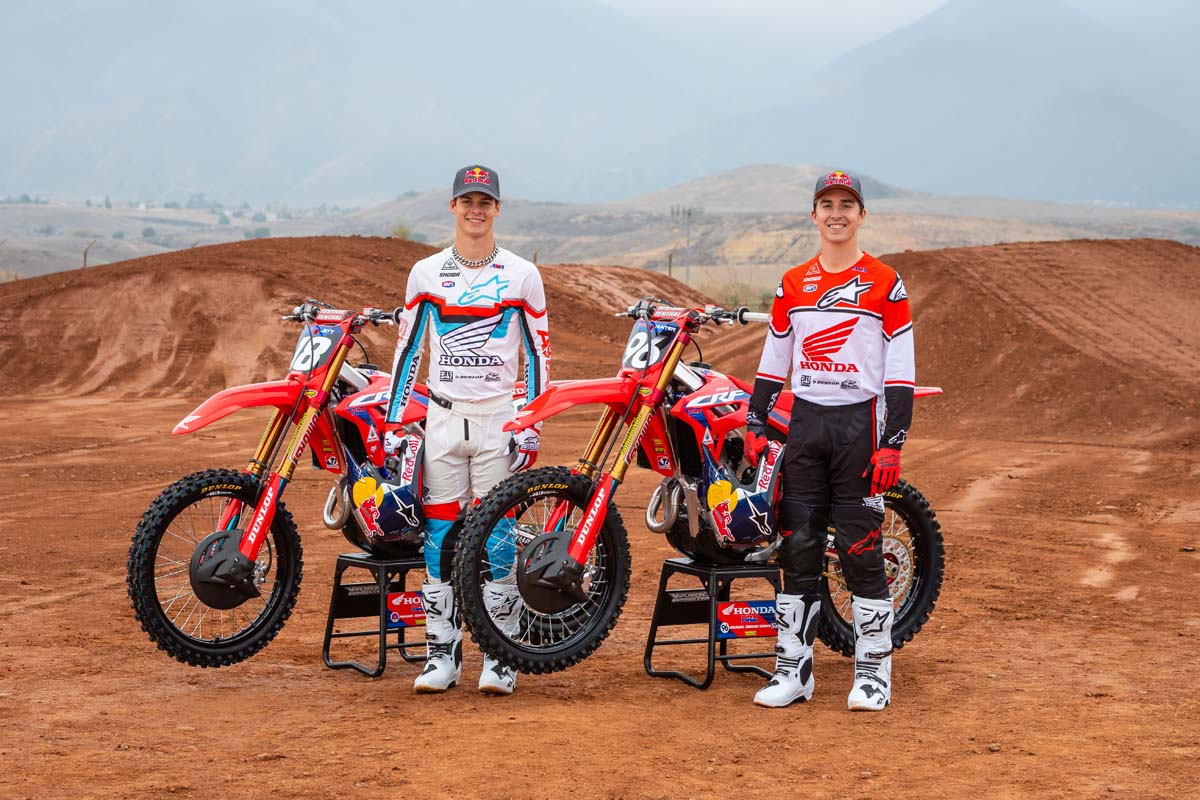 This season, the plan had been for the brothers to trade Supercross regions, but a training crash that Jett suffered in December and resulting rib injury would have compromised his start to the 250SX West season at Anaheim in January. With the 250SX East season starting later, Team Honda HRC made the practical decision to abandon the region swap. That means 22-year-old Hunter will remain in 250SX West, allowing 18-year-old Jett valuable recovery time ahead of the start of 250SX East in Minneapolis on 19 February.

“It’s a bummer, but at the end of the day, it could have been much worse,” Jett said. “I might even have been able to race at Anaheim 1, but waiting for the East Coast races is obviously the smarter choice.

“I’ll focus on healing up and getting ready for Minneapolis, and in the meantime, I know Hunter will do great in the west.”

For his part, Hunter was pumped to start racing more than a month earlier than planned. “Honestly, I was already getting impatient to race, so although I’m obviously bummed for my brother, I was kind of excited when the decision was made for me to move to the West Coast races.

“Hopefully we can both come out on top.”