If you fancy having one of the Royal Enfield’s ‘Bullet Trials 500 Works Replica’ special editions in your garage, now’s your last chance.

Paying homage to the success of the Royal Enfield Factory Team at the International Six Day Trials in the 1950s, the Bullet Trials 500 Works Replica features a choice of red or green frames (matched to a silver and chrome fuel tank, respectively), with the ‘48’ on the nearside battery cover referencing the introduction year - 1948 - of Royal Enfield’s swingarm rear end.

Mechanically, the Trials Works Replica is unchanged from the Bullet 500 it’s based on, meaning a 499cc four-stroke single, producing 27.2hp (20.2kW) at 5250rpm and 41.3Nm at 4000rpm. With electronic fuel injection and electric start, but retaining a kicker, the big single is matched to a 5-speed gearbox and chain final drive. 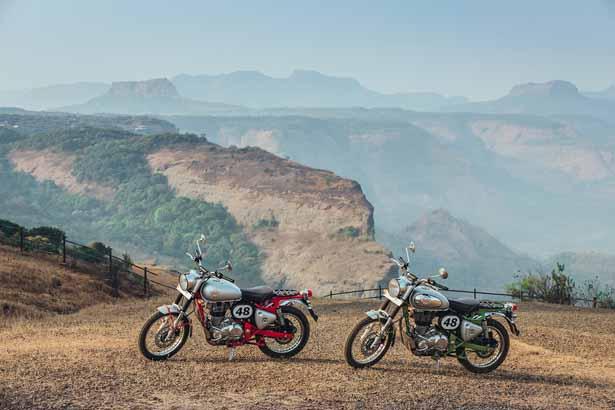 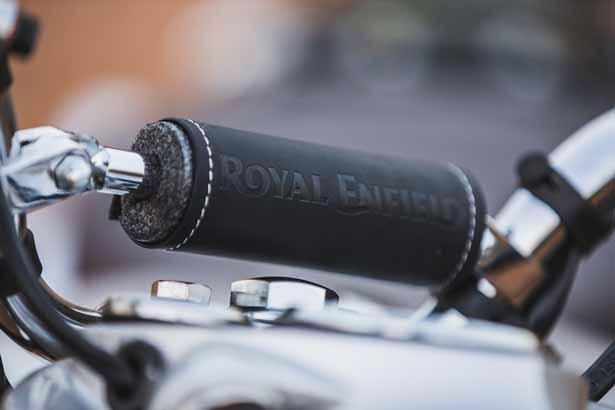 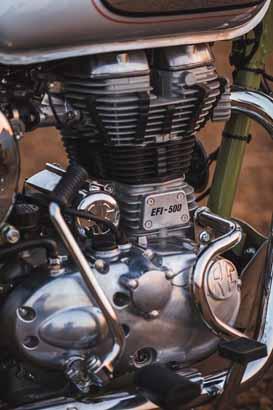 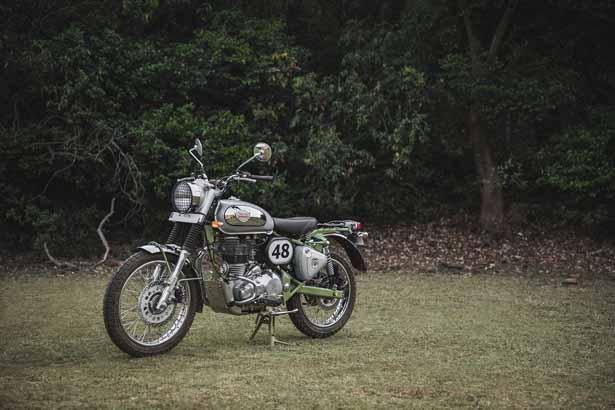 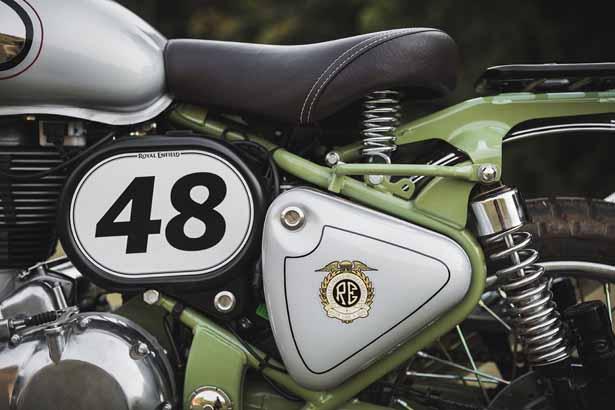 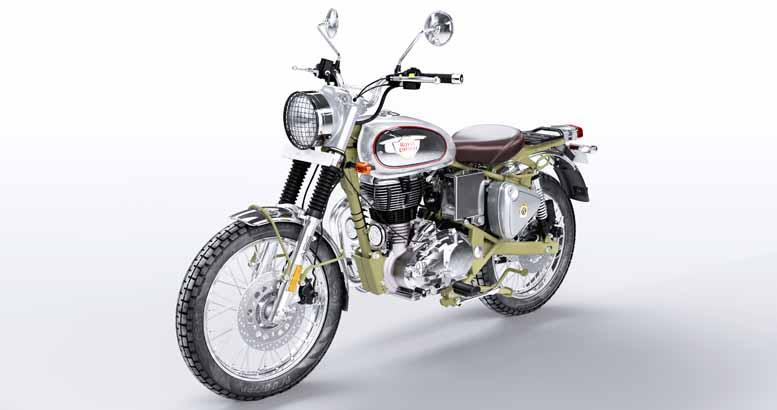 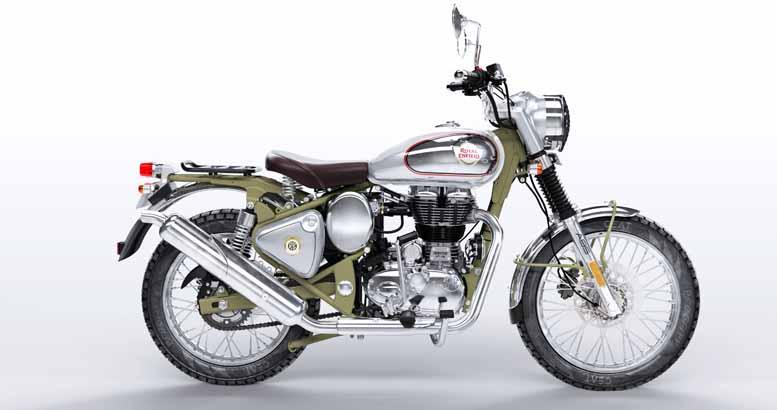 The tele fork front offers 130mm of travel, with the twin shock rear offering 80mm travel and 5-step preload adjustability. Braking is the same as the Bullet 500, made up of a 280mm single front disc with a 2-piston caliper and a 240mm rear disc with a single piston caliper. ABS is standard.

A wheelbase of 1380mm and ground clearance of 135mm is the same as the standard Bullet 500, as is the 13.5lt fuel tank, but the 800mm seat height is slightly lower and the length and width has been reduced. The Works Replica also sheds a kilo of weight from the Bullet 500’s standard 193kg.

Limited numbers of the Bullet Trials 500 Works Replica are now available but once these stocks are gone, that’s it – no more will be available. 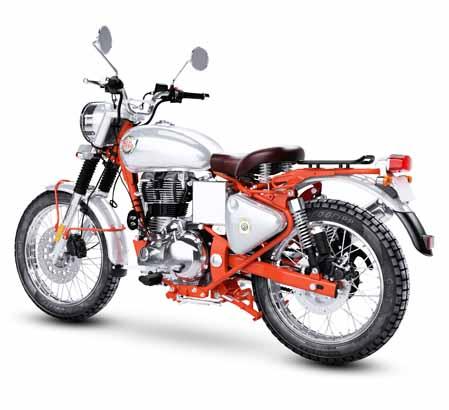 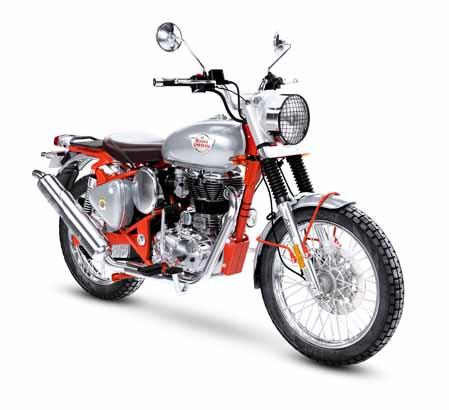 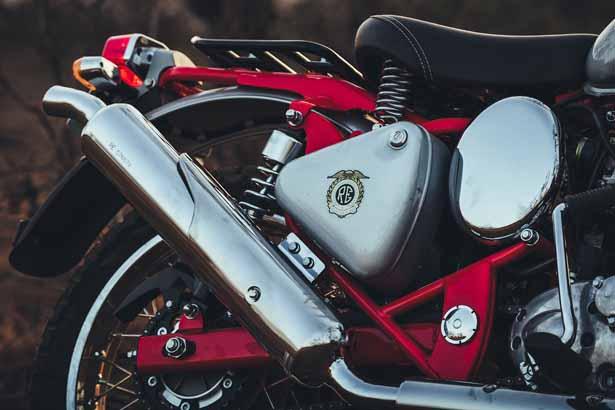 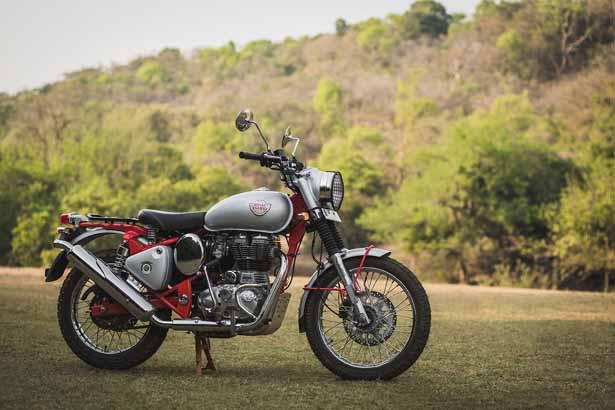 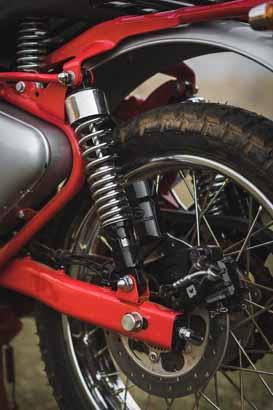 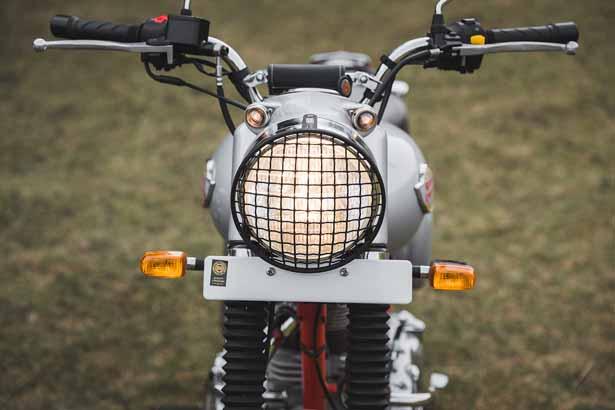