KTM returns to circuit racing in 2012 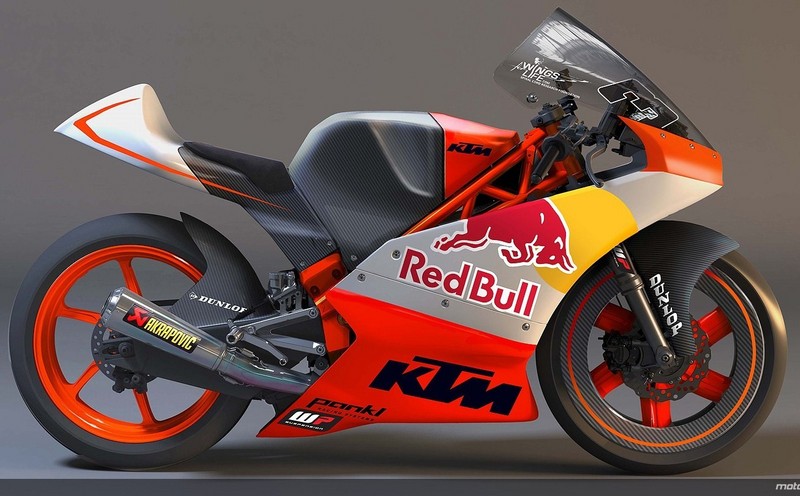 KTM returns to circuit racing in 2012

KTM dropped out of the 125cc class at the end of 2009, but are confident they will be competitive in the new Moto3 class, which will run along similar lines to the Moto2 category. The KTM-designed engine for the new class has been in comprehensive testing since August, with the project on schedule for the Austrian firm's re-entry into the World Championship in 2012.

KTM is in partnership with Red Bull and Ajo Motorsport, which will run the 100% made and developed KTM bike. KTM will also support Kalex Engineering, which is producing a parallel concept for the 250cc single cylinder four-stroke bike to be fielded by other customer teams.

Ajo will field another two riders on the KTM Moto3 factory bike, and in total, including the customer teams running the Kalex-KTM bike, there will be nine KTM Moto3 riders on the 2012 grid.

"We are very pleased to have a team manager of the high caliber of Aki Ajo in charge of KTM's Moto3 factory team," KTM's Motorsport Manager, Pit Beirer, said of the announcement of the new team.
"We can also be proud that someone of the managerial status of Jorge Martinez will be involved with the Kalex-KTM bike for his Moto3 team."

For his part, Aki Ajo is expecting results from the opening round, given KTM's past experience in top level motorcycle competition.
"We have a strong package so our aim is to be at the top of the new class," Ajo said.
"This is going to be a learning season for everyone but for us this is a long-term project and each year we can gain more. First priority is to establish the operations in the new class during testing, and then to keep things well co-ordinated and running smoothly. I feel once we get the ball rolling, the results will come."