1990s inspired treatment for reigning champions unveiled ahead of the season start in May.

Kawasaki Racing Team have launched their campaign for this year’s Motul FIM Superbike World Championship with presentation of the new livery on the Ninja ZX-10RR and new-look leathers for team riders Alex Lowes and Jonathan Rea. 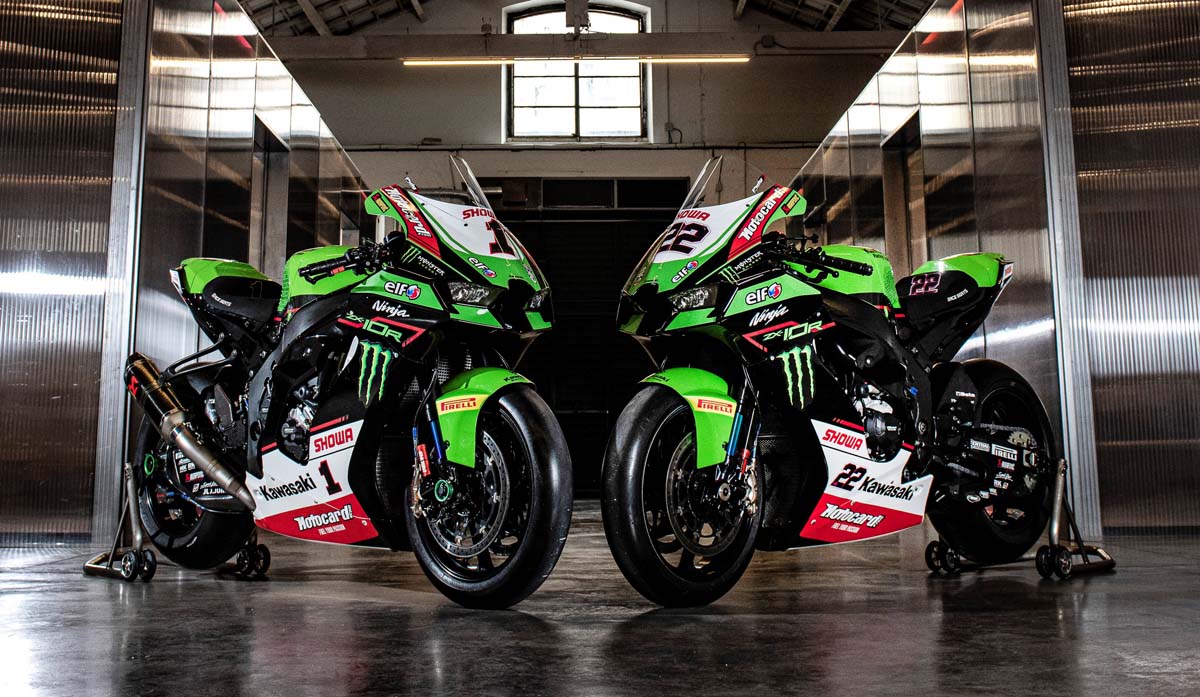 While the WSBK season start has been delayed to late May, Kawasaki Racing Team (KRT) have joined most of their WSBK rivals in revealing their 2021 livery well in advance.

Overall, the 2021 KRT livery is said to be inspired by Kawasaki's superbikes from the 1990s, and while Kawasaki corporate green remains prominent, including an all-green front mudguard and more green on the tank and tail, there are a few notable differences for 2021. There’s a more prominent white section on the lower fairing that carries Kawasaki identification and each rider’s race number. Graphics here also run at the opposite angle to the 2020 livery. 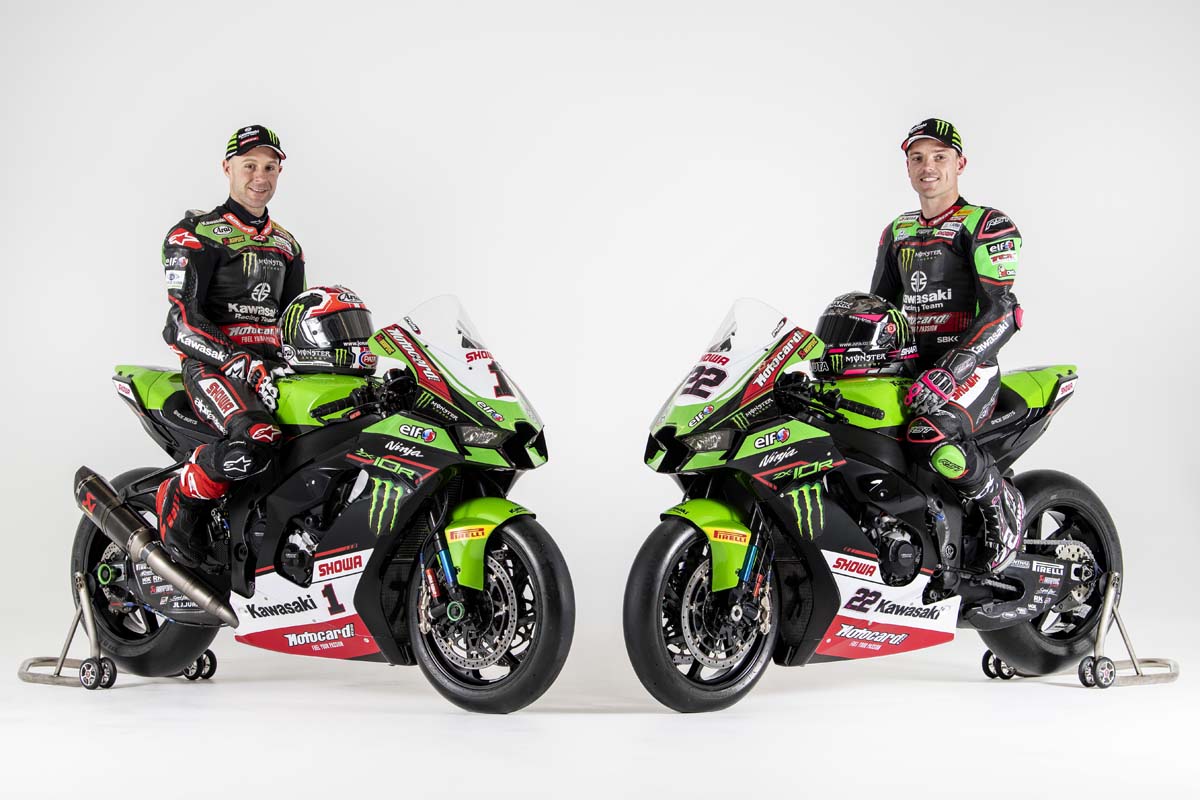 Last year’s bold ZX-10R identification and ‘honeycomb’ background to the mid-fairing is gone, replaced with more prominent Monster Energy sponsor signage in a largely uninterrupted swathe of black. Green rim stickers have been ditched for 2021, with other minor modifications made to accommodate the MY21 ZX-10R’s new upper fairing and headlight design.

In terms of Rea’s and Lowes’s leathers, last year’s honeycomb detailing is gone, too, with less green and more black.

Colours and graphics aside, the new Ninja ZX-10RR will come to the 2021 WSBK season with what Kawasaki claim are several technical advantages, including a higher revving engine, as well as new front winglets and a redesigned tail to improve aerodynamic performance. 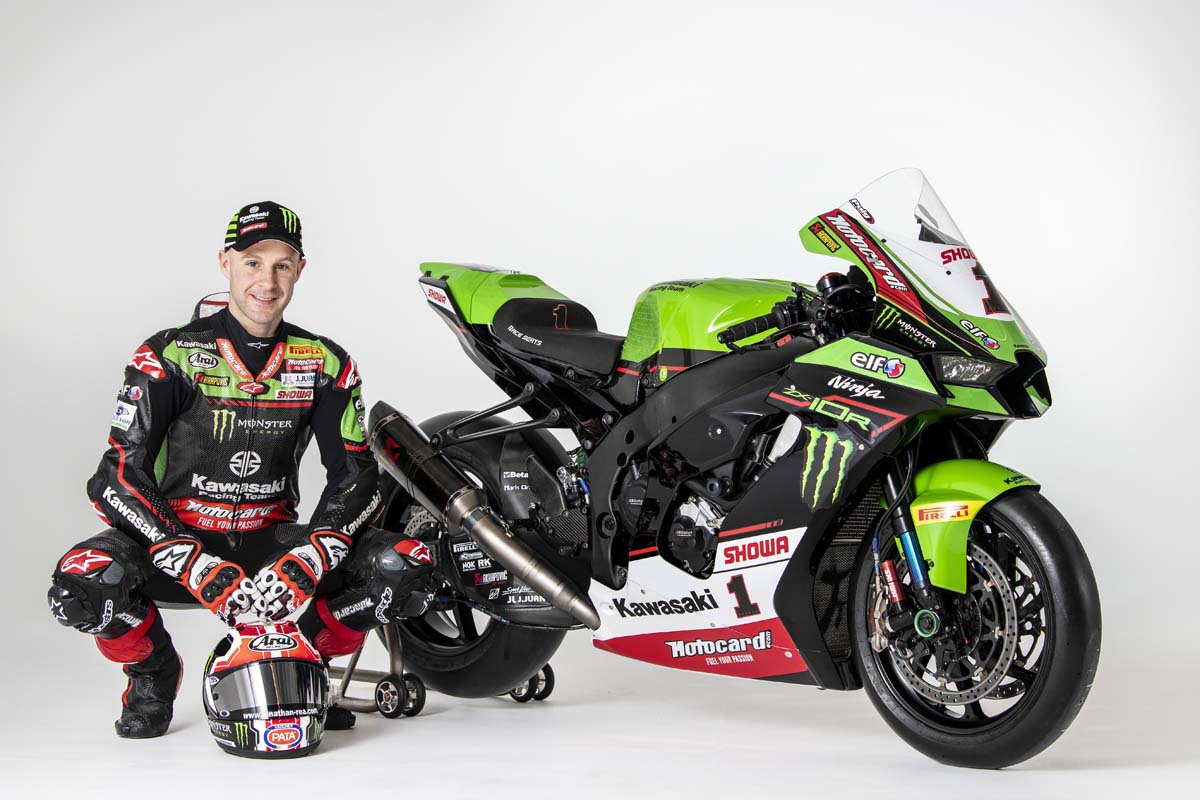 Already the most successful rider in World Superbike history, Jonathan Rea comes to season 2021 aiming for a seventh consecutive championship. Rea will achieve his 100th WSBK career race win this year (currently on 99) and should take his podium tally (185) past 200 as well. 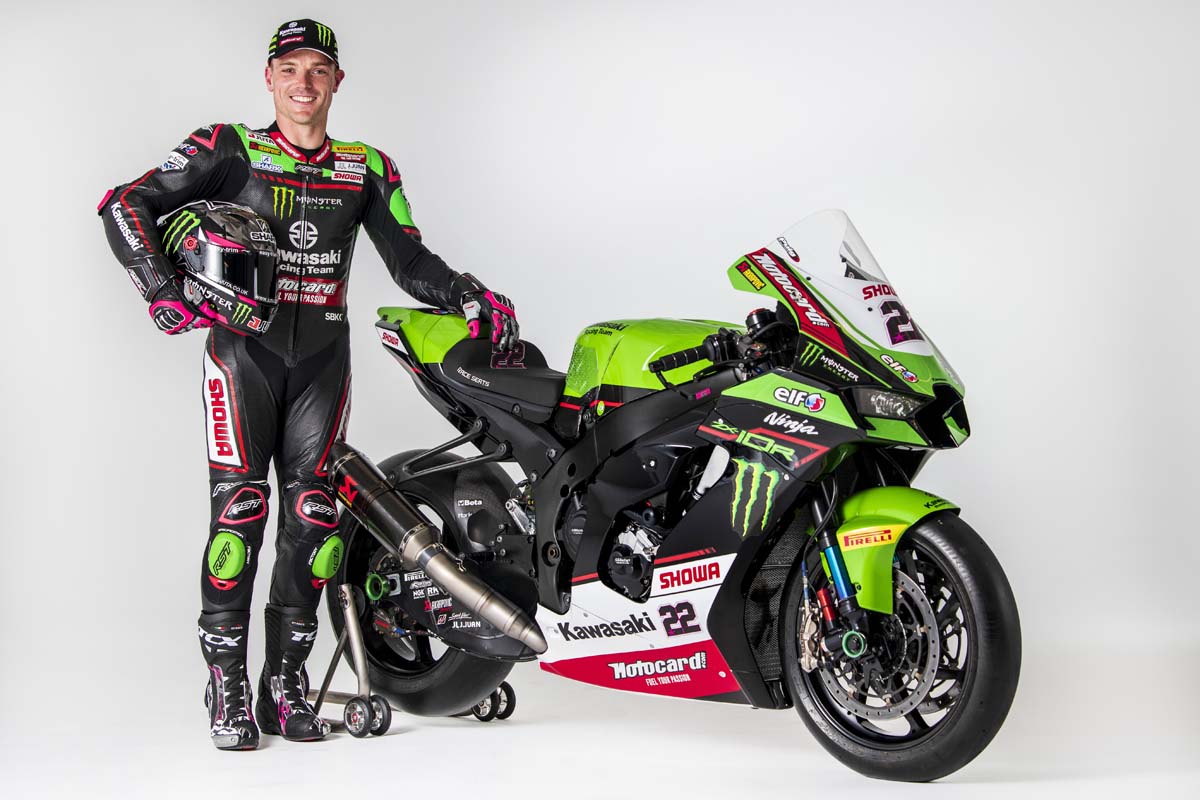 For Alex Lowes, the focus for his second season with KRT will be delivering on the potential he showed last year. In the opening round of the 2020 WSBK season at Phillip Island, Lowes won Race 2, but that was his sole victory for the season. A handful of podiums followed, but also too many finishes outside the top 5 and DNFs, resulting in him finishing the championship in sixth place. 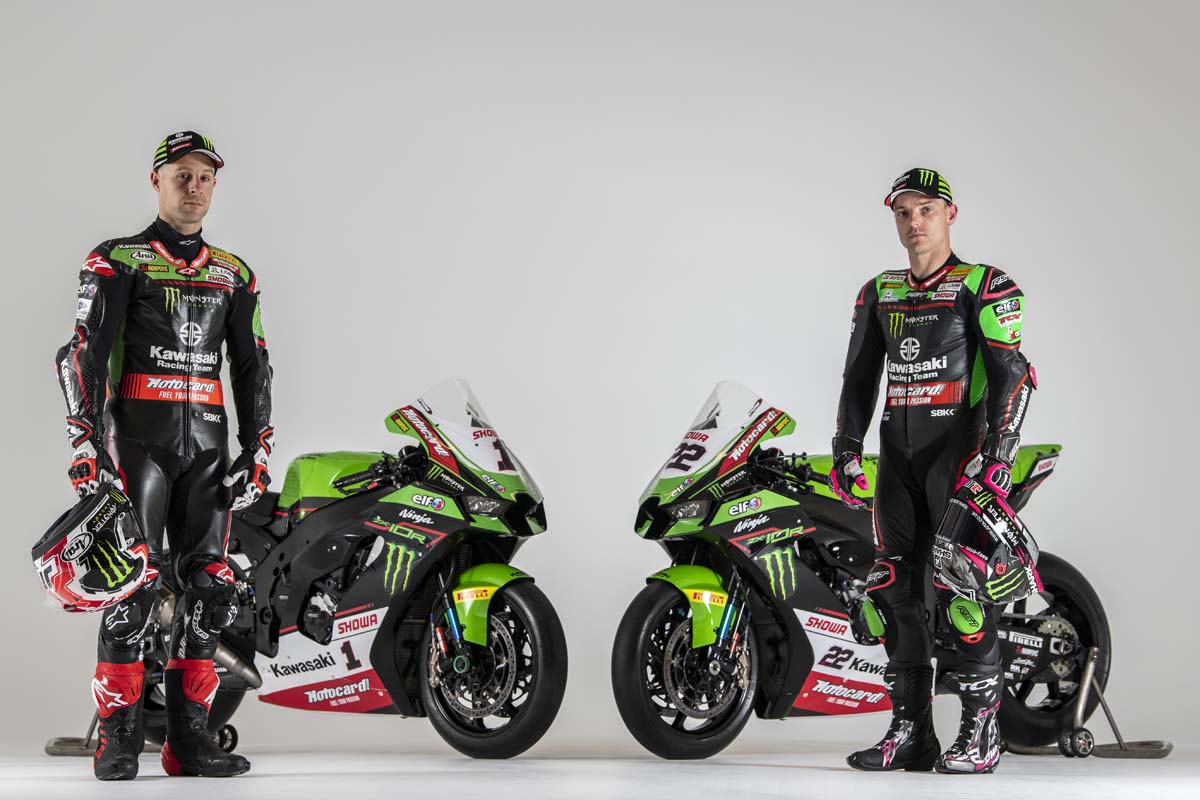 The 2021 WSBK season gets underway at Aragon on 21-23 May, with an Australian round likely in late November, but yet to be confirmed.