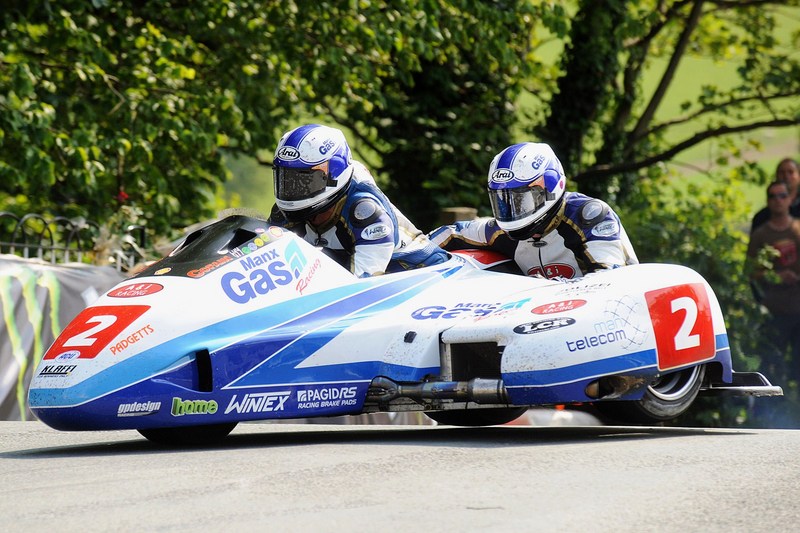 Klaffenbock has a long career in sidecar racing, stretching back to 1988. His greatest moment was when he won the Sidecar World Championship in 2001. Klaffenbock, with Christian Parzer as his regular passenger, also finished in the top three numerous times. In 2002, he started his own 'Team Klaffi' racing outfit in World Supersport competition, then stepped up to World Superbike in 2005. Klaffenbock attracted riders of the calibre of Kevin Curtain, Frankie Chili and Alex Barros to the squad over the years.

For all his decades of experience in World Sidecar competition, the Austrian is a relative newbie to TT racing at the Isle of Man, first participating in 2004.

In 2010, Klaffenbock won both sidecar races and followed that up with a first in the Sure Sidecar 1 Race in 2011 with Manxman Dan Sayle, before breaking down in the second race. He is the first Austrian TT winner since Rupert Hollaus won the Ultra-Lightweight race in 1954.

Commenting on his retirement from TT racing, Klaffenbock said:
"It was always my ambition to win a TT Race so by winning three I have already exceeded my ambition. I will maintain an involvement with the Races in the future as it has always been such a special event for me and I am also extremely fond of the Island.

"I'd like to thank my passenger Dan Sayle along with all of my personal sponsors Manx Gas, A&J Groundworks, Manx Telecom, Home Strategic, GTC, Alpha Boilers and The Isle of Man Government and I'd also like to offer my gratitude to all of the TT fans for their incredible support during my career, particularly when I won my first TT in 2010."