ASBK Champion in 2015, Jones had actually been looking for a ride overseas at the start of 2019, and when that didn’t eventuate, he rode a Kawasaki ZX-10R for the K&R Hydraulics Race Dynamics team at the opening ASBK round, scoring 8-5-2 results and a fastest race lap. DesmoSport’s Ducati’s Troy Bayliss was injured at the same round, which led the team to offer Bayliss’s seat to Jones for the rest of the season.

Jones’s consistency on the Ducati Panigale FE for the rest of the season meant he came to the final round with a chance of winning the title. Defending ASBK champion, Penrite Honda Racing’s Troy Herfoss, led the championship on 241 points, three points ahead of Team Suzuki Ecstar’s Wayne Maxwell, with Jones a further one and a half points back. Jones had actually been leading the championship before the Phillip Island round, but a Race 2 DNF saw the advantage go to Herfoss and Maxwell. 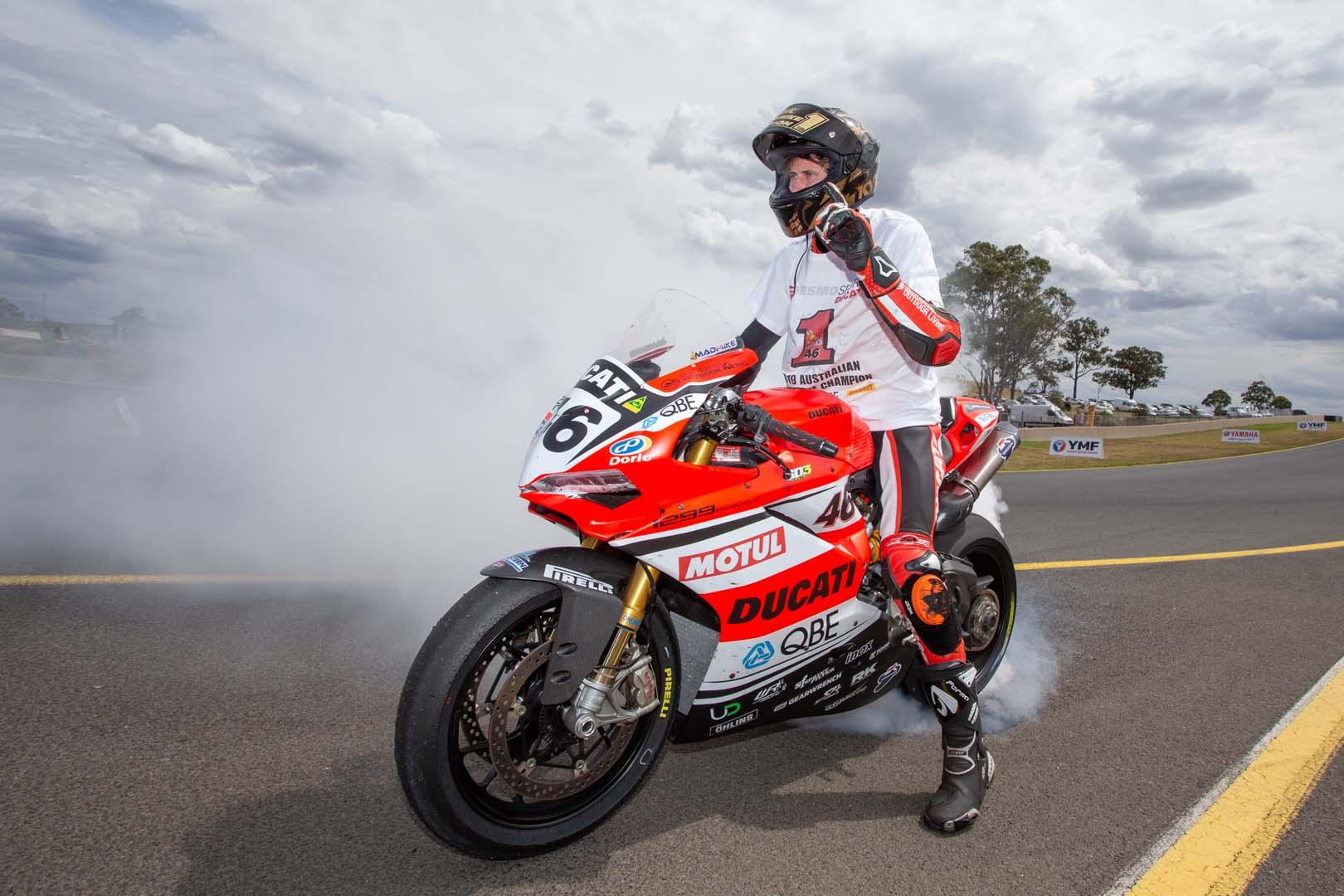 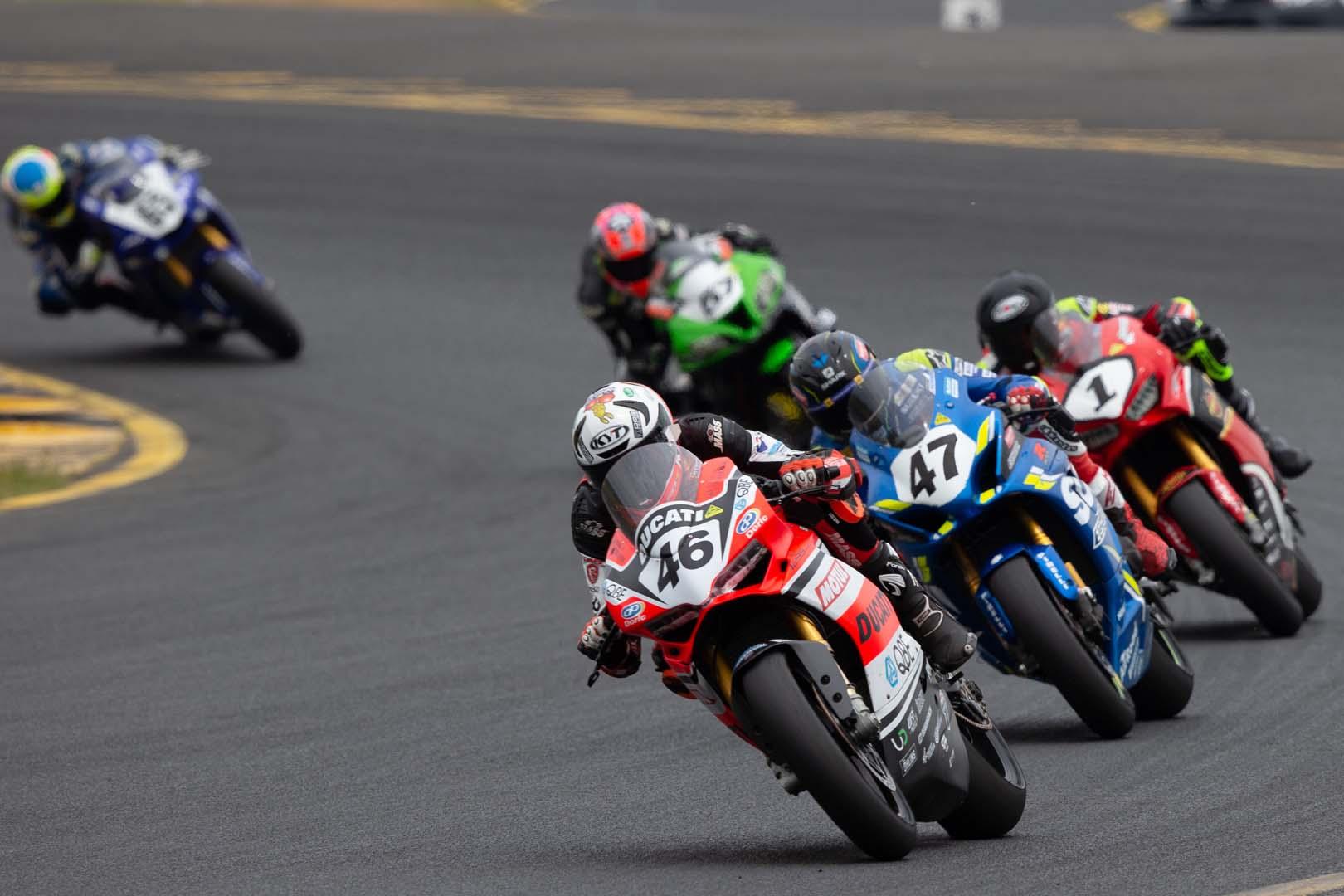 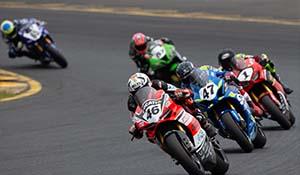 Needing to finish ahead of both his rivals to overturn the points deficit, Jones bolted from his gird position in Race 1 and had the race lead by lap 5. The closing stages of the 13-lap event turned into a battle between Jones and Herfoss, with the latter right on the tail of the Panigale, but unable to find a way past. At the chequered flag, Jones prevailed over Herfoss by .341 seconds, with Maxwell third. More importantly for Jones, the win gave him a half-point advantage in the championship ahead of the final race.

If the first race was a frantic affair, the second one was just as tense. Maxwell led the field on the opening lap, with Jones in front a lap later, but he couldn’t build a margin of more than a half a second on Herfoss.

When Herfoss found a way past Jones on lap 9, it started a seesawing battle over the final laps. With only half a point separating the two, whoever finished ahead of the other would also take the championship.

In a frantic final lap, the lead changed three times, with Jones holding the advantage, forcing Herfoss to attempt an all-or-nothing move at Turn 9 that didn’t come off. That error allowed Jones to take the race win by just over a second and the championship by five and a half points.

“It's a very special feeling winning the 2019 Australian Superbike Championship. The competition was fierce all season long and the final race was very rewarding, beating Troy [Herfoss] in a straight shootout,” Jones said.

“Although it's unfortunate Troy [Bayliss] was injured at round one, I'm really glad that circumstances brought us all back together again. I was able to really help Ben [Henry] and Paul [Free] to improve the bike this year, and this championship proves that we are a really strong combination."

For Bayliss, the standard of competition was just as important as the championship win.

“It's days like today that really justifies why I'm so passionate about racing. Not just because we won, but because we saw two riders, Mike Jones and Troy Herfoss, race hard, with neither rider taking a wrong step.

“Mike had to earn that title. I'm really proud of him for digging deep and finding that something extra to get the job done, and I'm also really proud of the entire team." 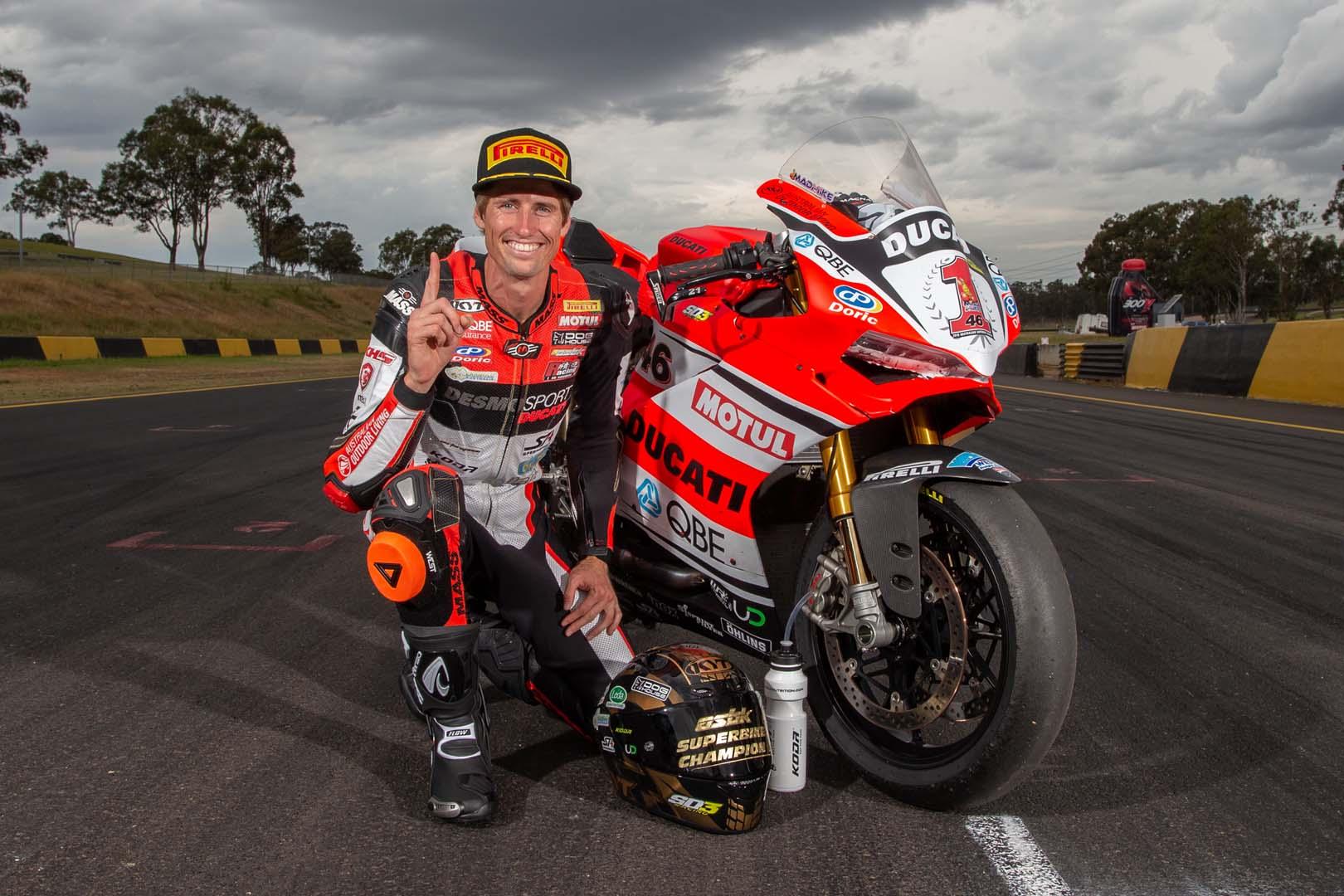 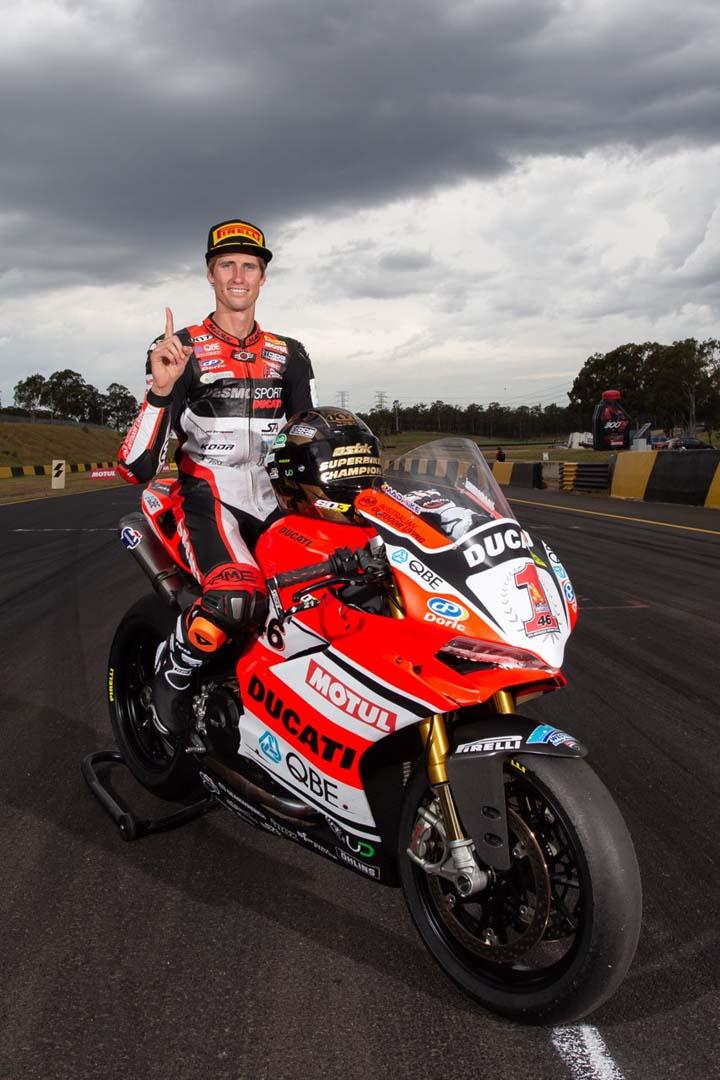 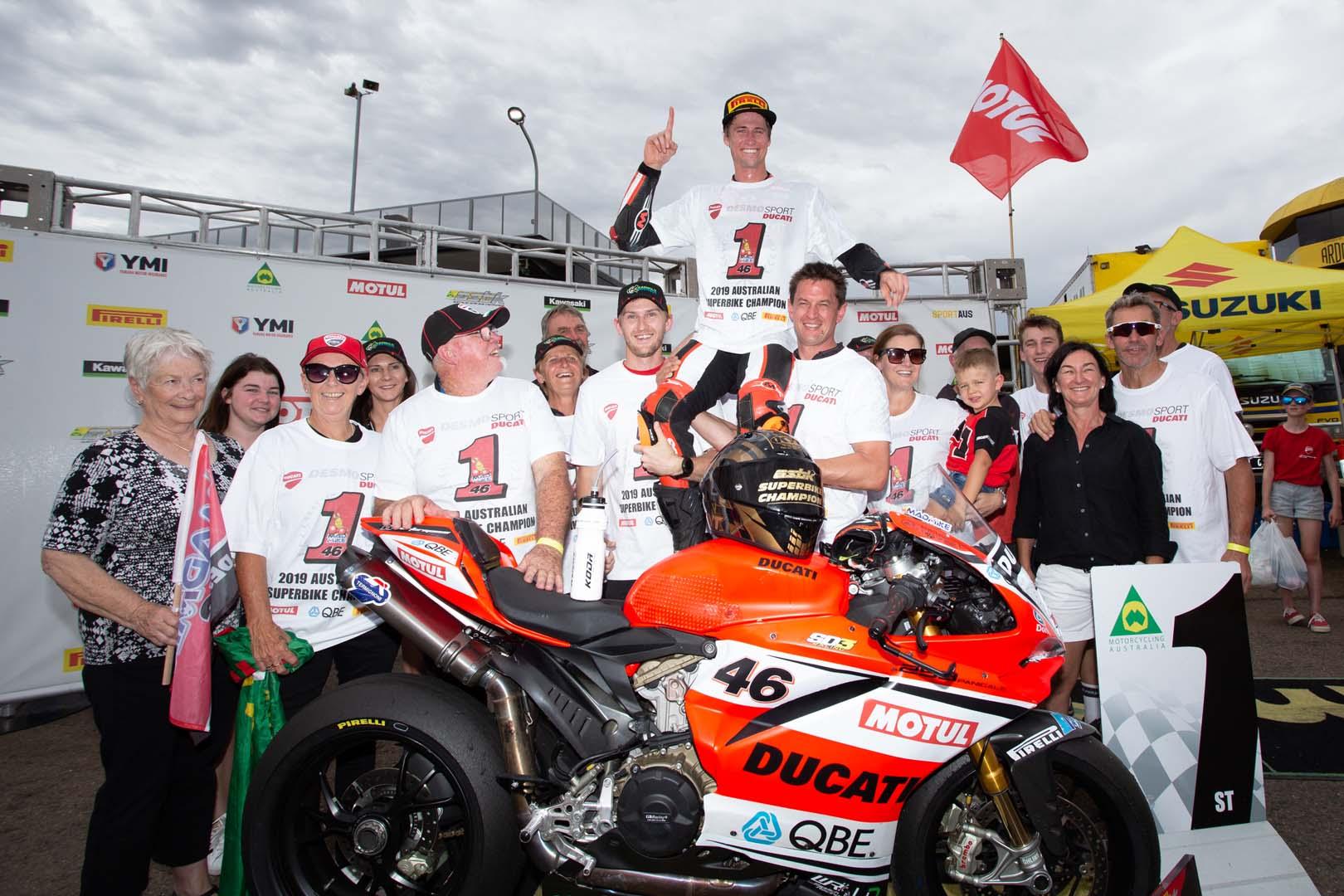