Australia’s Jett Lawrence has made history, winning this year’s AMA Pro Motocross 250MX Championship in the USA. Jett is the first Australian to win the 250MX title and only the second Aussie to win an AMA Pro Motocross championship, following Chad Reed’s 450MX crown in 2009. 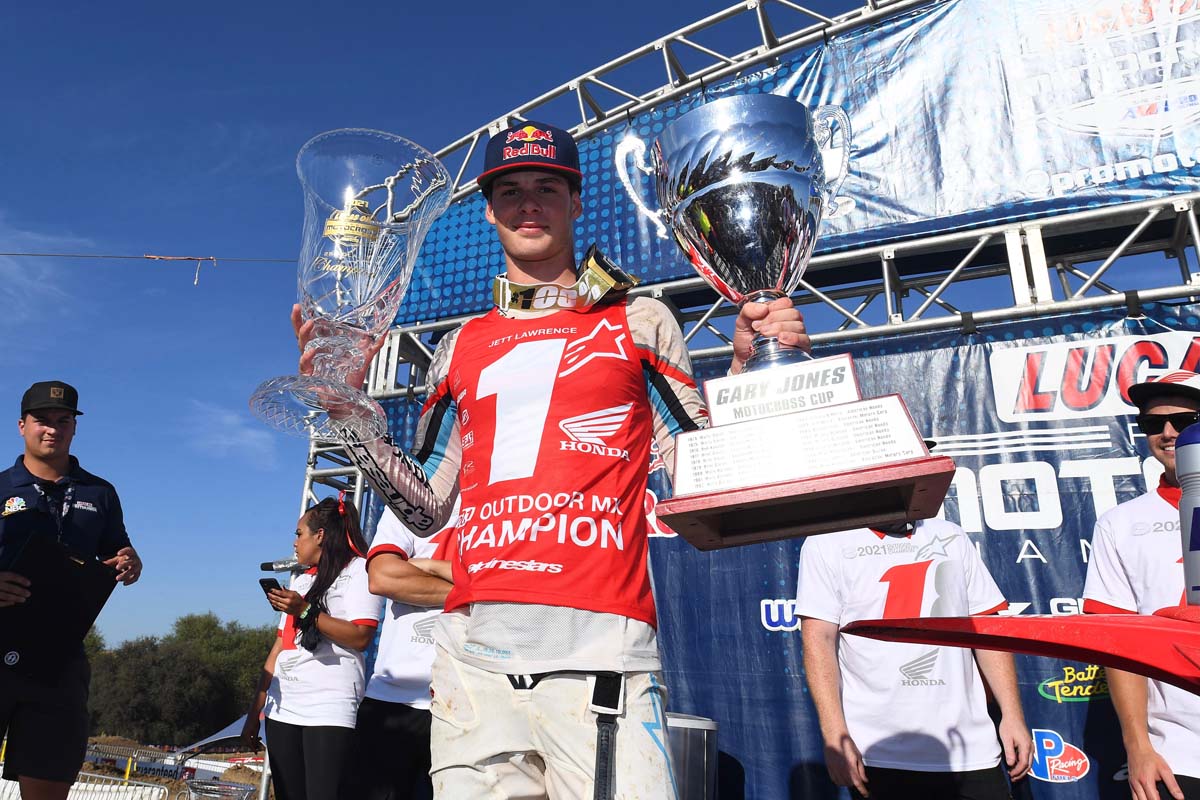 Riding for Team Honda HRC, the 18-year-old from Landsborough in Queensland wrapped up the title in the final round, the Hangtown Motocross Classic in California, on 11 September.

Across the 12 rounds that made up the 2021 series, Jett won eight motos and four rounds. Starting with victory at the season opener in May, Jett finished on the podium at the following three rounds. After a mid-season slump, he recovered to win Round 8, then topped the overall podium again at Rounds 10 and 11.

Despite an 8-3 finish in the final round, those results were enough for Jett to claim the title by six points from Monster Energy Star Yamaha Racing’s Justin Cooper – 497 to 491 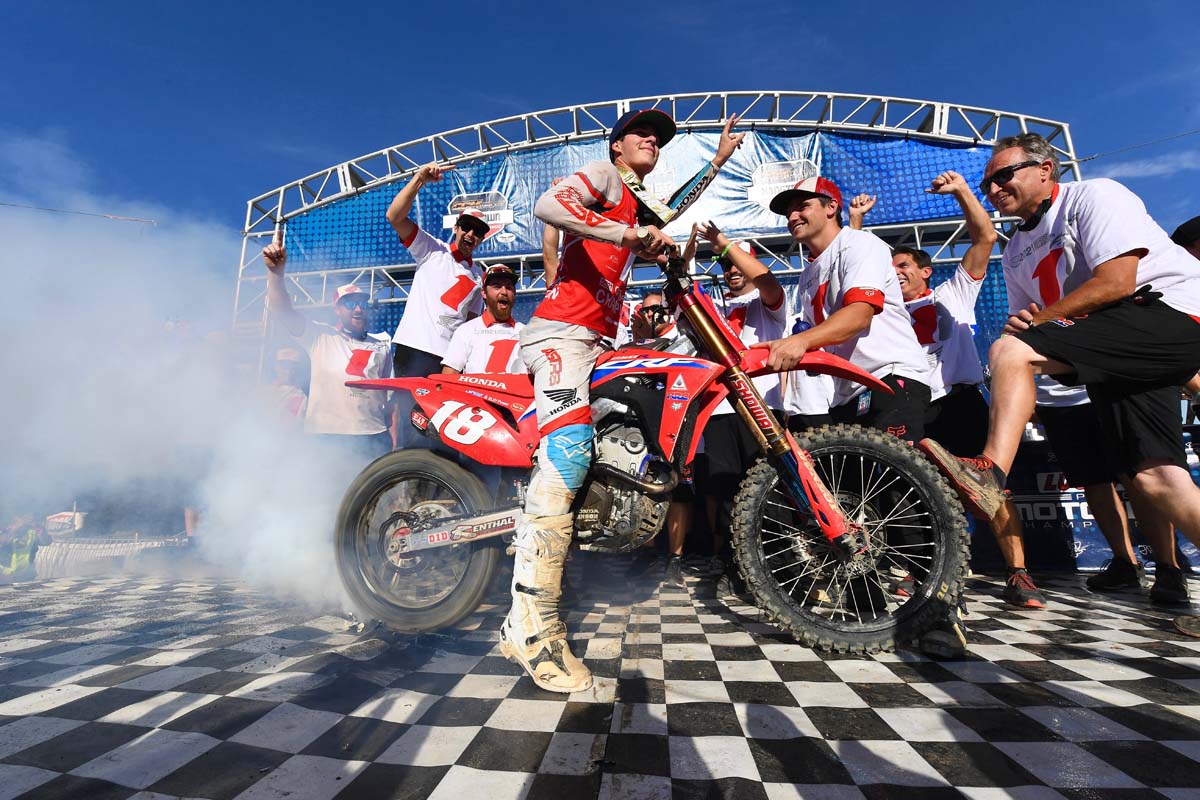 “Oh my goodness, it’s a good day in the end,” Jett said after locking away the chamopionship. “It feels so great, as we’ve been working quite a while to get this. I’ve got to thank the whole crew for getting me here—my brother, my whole family, my manager and all of Honda and HRC.

“It’s awesome and we’re going to enjoy it for a little while, but then it will be back to the drawing board for next season to hopefully back it up.”

Jett’s older brother, 22-year-old Hunter, who also rides for Team Honda HRC, made it a family affair in the 2021 championship, finishing third overall on 381 points. Despite starting the season underdone with injury, Hunter finished inside the top six often, with the highlight being victory in both motos at Southwick’s Round 5.

The Lawrence brothers’ 1-3 championship is the first podium finish for brothers in AMA MX and SX history.

The Lawrence brothers were barely in their teens when they started racing at international level, with Jett claiming the 65cc World Championship when he was just 11.

After seasons in the German ADAC series and 85 European Motocross Championship, the Lawrence family relocated to the U.S. in 2019, where the teenage brothers raced for the Honda-backed Factory Connection squad - Hunter as a pro and Jett initially as an amateur before making his pro debut midway through that year’s AMA Pro Motocross series.

Jett’s first AMA Pro Motocross 250MX moto win and round victory came at the final round of the 2020 Championship, where he also won the series’ Rookie of the Year Award.

Those results saw both Jett and Hunter progress to Team Honda HRC this year, on factory CRF 250Rs, partnering 450 riders Ken Roczen and Chase Sexton. All four riders will remain with the factory squad for 2022.

As well as his results on the track, Jett’s laid back personality and love of doughnuts – on podiums, at press conferences, in his social media posts and even on his jerseys – has made him a fan favourite with a huge social media following.