Japanese MotoGP round cancelled, US round confirmed

US grand prix given a date, Thai round rescheduled, threatening the Australian round.

Japanese MotoGP round cancelled, US round confirmed

MotoGP has updated its 2021 calendar in response to the coronavirus pandemic, with the FIM, IRTA and Dorna Sports announcing on 22 June that the Japanese Grand Prix has been cancelled. In the same announcement, the US Grand Prix (aka Grand Prix of the Americas) was finally given a date after being in ‘TBC’ status since January.

The US Grand Prix at Circuit of the Americas in Texas essentially replaces the Japanese Grand Prix, taking its 1-3 October date in the calendar.

At time of writing, MotoGP has managed to complete eight rounds without any known incidences of COVID positives within the paddock, despite infections remaining a serious problem throughout Europe. However, the ongoing impact of the pandemic in Japan, along with resulting travel complications and logistical restrictions, has been cited as the reason for the Japanese GP’s cancellation again this year.

To allow for the additional travel time and freight logistics following the newly scheduled US round, the Thailand Grand Prix has been moved back a week from 8-10 October to 15-17 October.

This new date places the Thai round just one week – instead of two weeks - ahead the Australian GP, raising concerns that the race weekend at Phillip Island on 22-24 October may not go ahead.

With the Thai round’s new date, the current 14-day quarantine periods for all international arrivals makes it impossible to run the Australian GP on its originally scheduled date without exemptions for the MotoGP travelling paddock.

While these quarantine periods may not apply by October, it seems unlikely they will be shortened or exemptions will be granted. There’s a possibility that the Aussie round may be rescheduled, although the worst-case scenario is that it will be cancelled for the second year in succession. A decision on the future of the Australian round is expected over the MotoGP summer break in July.

With the US Grand Prix now added to the calendar, it leaves the Argentine GP at Termas de Rio Hondo without a date, but the FIM, IRTA and Dorna Sports remain hopeful of being able to reschedule it to sometime later this year.

Similarly, Mandalika remains unchanged as a reserve venue on the latest calendar update, with construction of the Indonesian circuit proceeding apace and homologation expected in July, meaning it could host a round later this year if needed, possibly in place of Sepang or even Phillip Island. 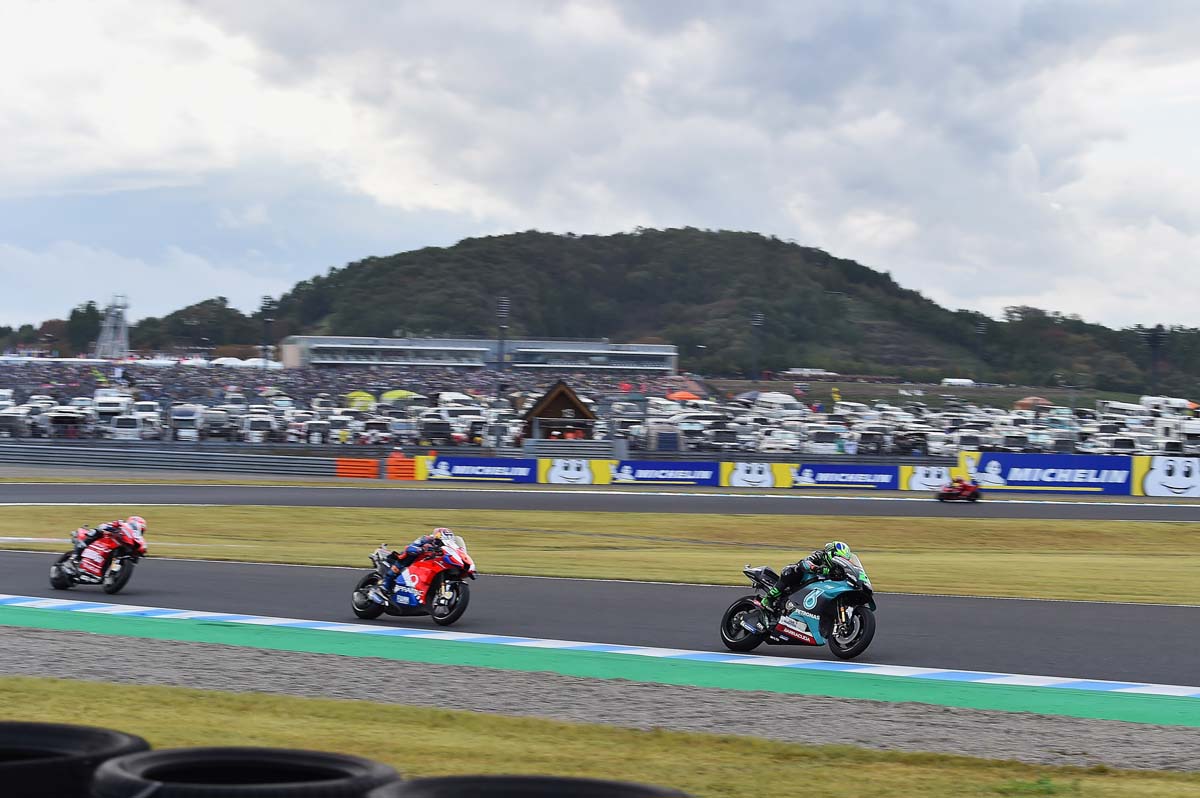 The updated 2021 calendar is as follows: