A Vincent Black Lightning with significant Australian history may be lost to this country when it goes to auction in the US in January.
The ‘Jack Ehret’ 1951 Vincent Black Lightning will be auctioned by Bonhams at their upcoming Las Vegas sale, and given its rarity and provenance, is expected to pull a strong sum.
So named because it was used by Ehret to set a new Australian land speed record of 141.5mph (226.4kph) in 1953, the Black Lightning was originally built to special order for Tony McAlpine and delivered new to Australia in 1951.
Believed to be one of only 30 such 998cc machines built by Vincent, Black Lightning #7305 carries similar significance to the Rollie Free bike of the same era.
Before it was shipped to Australia, McAlpine’s machine was compared to “Gunga Din”, a Vincent of similar specification, but the McAlpine machine was notably faster when the two were tested together, easily pulling 200+kph in third gear.
Once in Ehret’s hands, Black Lightning #7305 was campaigned more frequently, winning numerous races in Australia, which brought overseas acclaim to both Ehret and the bike.
Unrestored and in running condition thanks to a recommission by acknowledged Vincent expert Patrick Godet, the Ehret Black Lightning has been consigned for the Bonhams Las Vegas sale by its fourth owner and is already a star attraction of the January auction.
“After the ‘bathing suit bike’ ridden by Free, the Ehret bike is likely the most important Black Lightning in existence and represents an exceptional opportunity to acquire one of the world’s most desirable machines,” said Bonhams’ Head of Motorcycling, Ben Walker.
No pre-auction estimate has been provided, but a $250,000+ figure would certainly be achievable.
Bonhams’ 2018 Las Vegas motorcycle auction will take place on 25 January. Further details at: bonhams.com 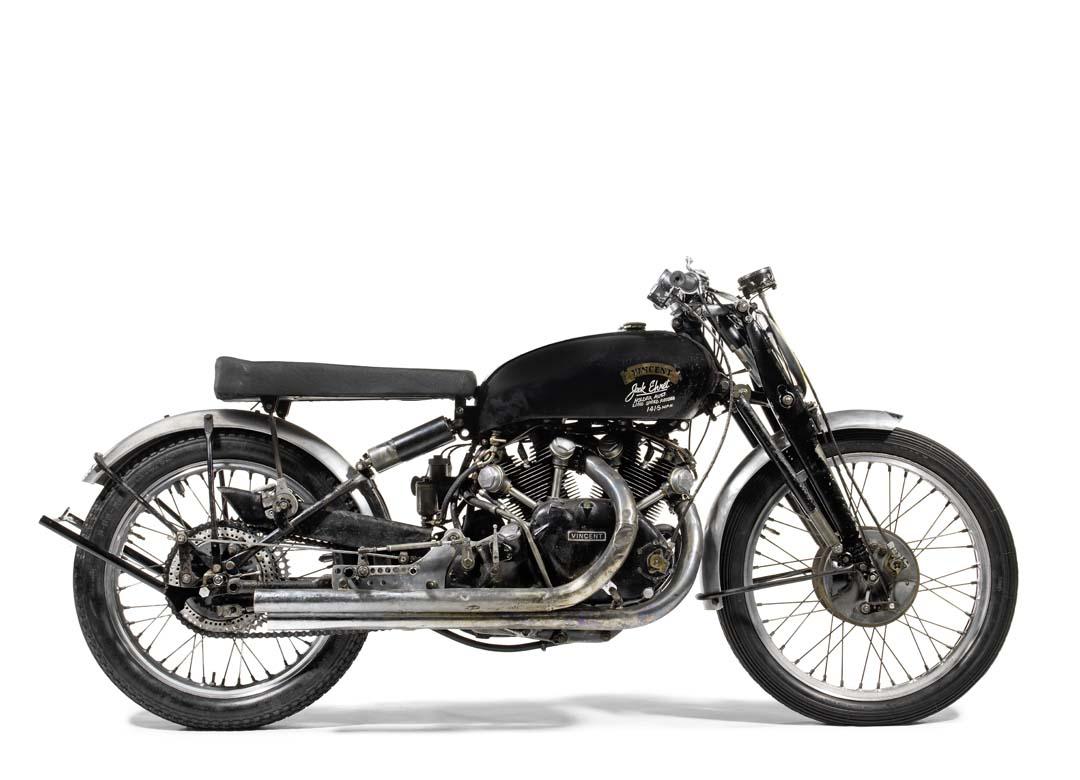 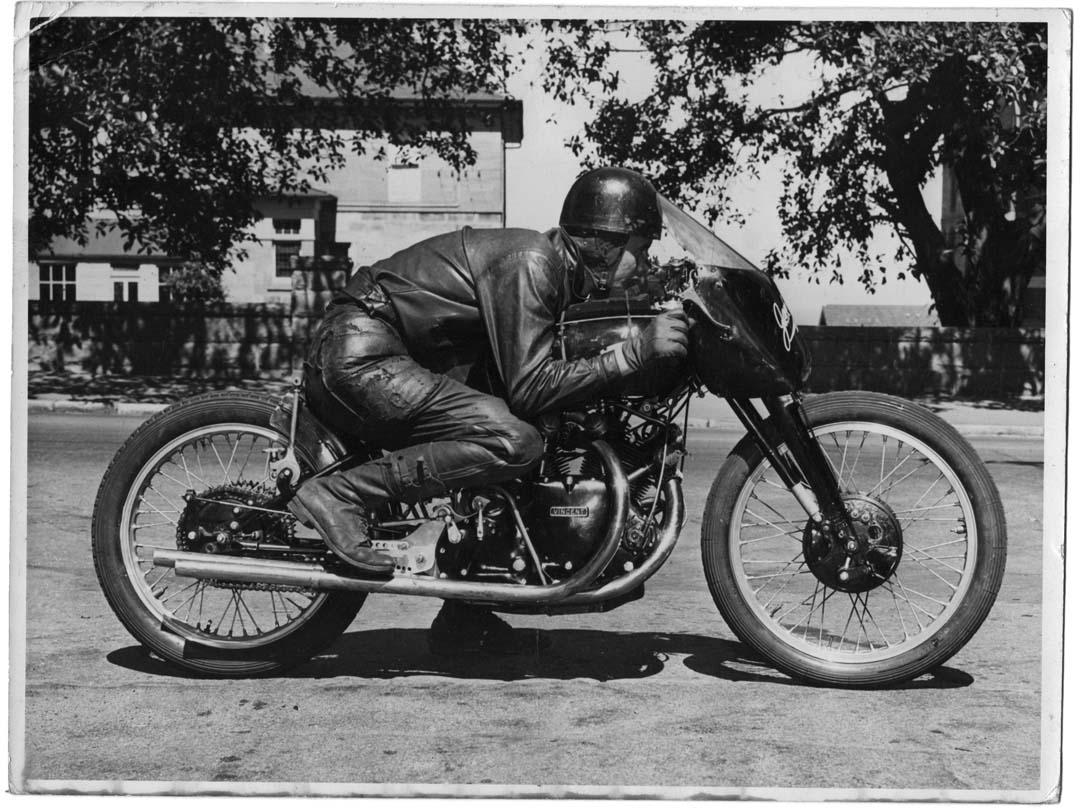 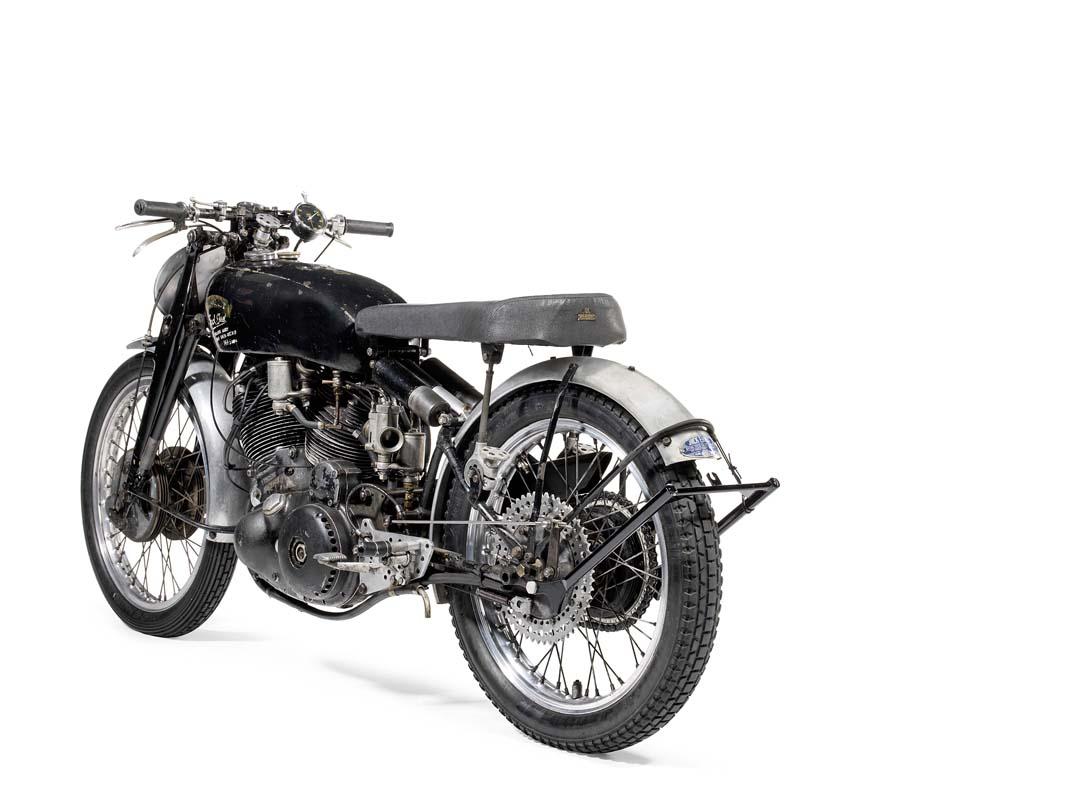 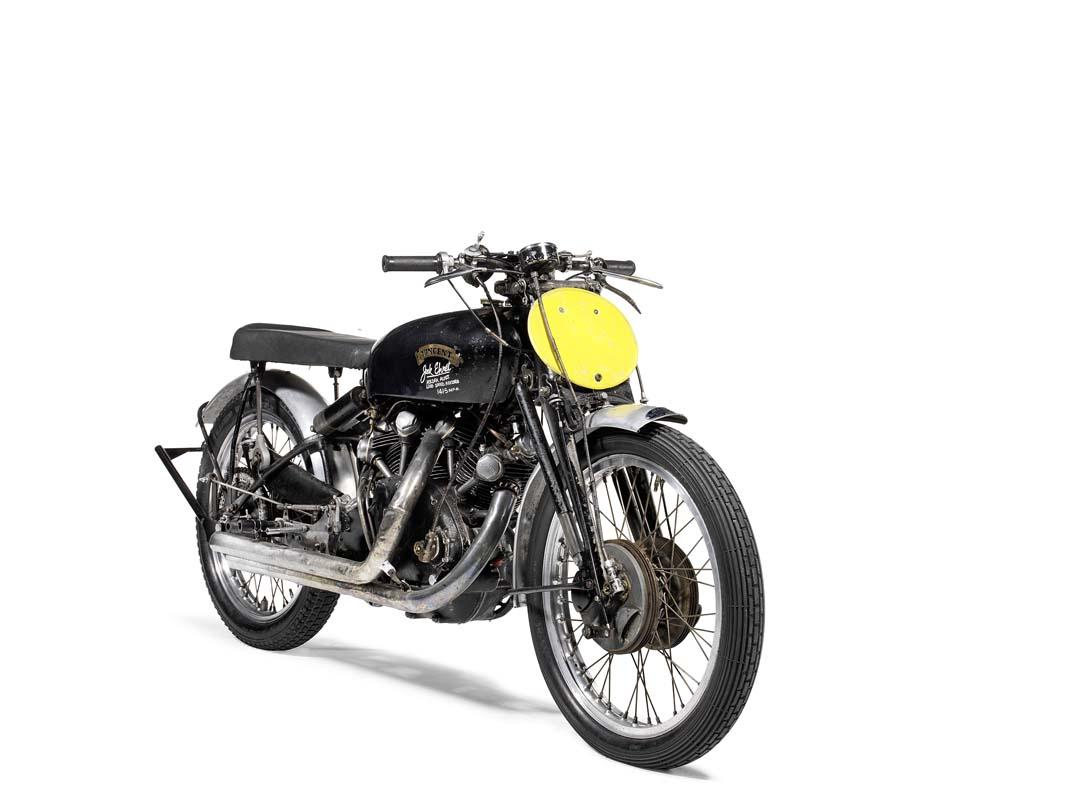