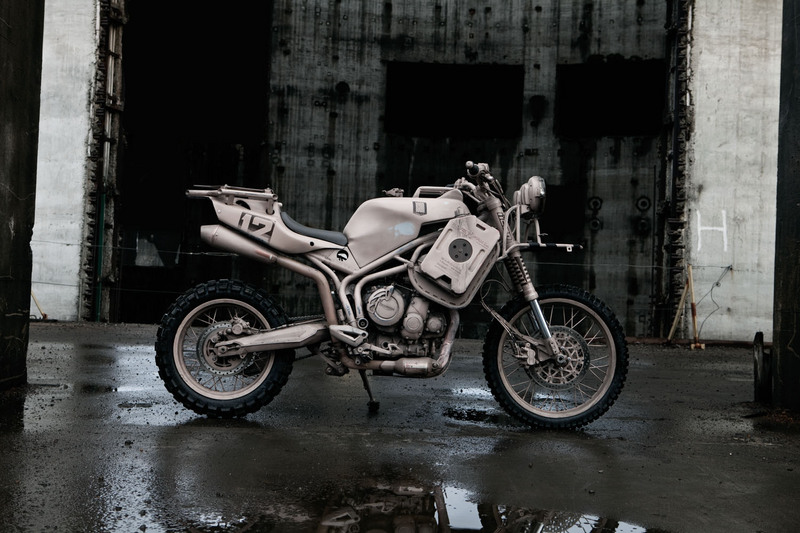 ICON are already well-known for their big range of men's and women's riding apparel, helmets, waterproof gear and casual clothing.
Tiger Ready to survive the worst post-apocalypse wasteland, the ICON-built 'Dromedarii' is one tough beast!

ICON are already well-known for their big range of men's and women's riding apparel, helmets, waterproof gear and casual clothing. More recently, their tough, gritty 'ICON 1000' range has been drawing attention, with ICON producing a squad of custom-built bikes to match.

One of the newest of these tough urban creations is 'Dromedarii,' an all-terrain custom that is ready to take on just about anything.

Based on a 2011 model Triumph Tiger 800XC, Dromedarii takes its name from the camel-mounted cavalry that served in Mesopotamia and northern Africa during the latter days of the Roman Empire.
"We thought the [extreme terrain touring] role was fitting for the Triumph Tiger - a bike designed from the outset to take on all challenges and distances over a variety of terrain," said ICON's Joe Gustafson.

What eventually became Dromedarii had its roots in the 'Patrol Raiden' heavy-duty waterproof clothing that ICON created in 2011. To promote the Dakar-inspired gear, ICON customised a pair of Triumph Tiger 800XCs: one finished in orange and white; the other in red and black, then pushed them hard in a series of off-road tests, which were documented in the 'Raiden Files.'

"At the end of Patrol Raiden, we had two Triumph Tigers that would go on to lead very different lives," Gustafson explained. "The orange and white version, being the more attractive sister, would lead a life of glamour and fame on the Progressive International Motorcycle Show circuit. The Black and Red Tiger took a much darker path."

Impressed by what ICON created, Triumph asked the US gear and apparel manufacturer to take a Tiger "to the absolute limits of apocalypse readiness." Eager to take on the challenge, ICON set to work on what would ultimately become the Dromedarii.

It should be noted that the Dromedarii, along with ICON's previous custom builds, is no stick-on and spray-paint custom. Each ICON 1000 custom is designed, then comprehensively modified by the ICON team to create a unique machine.

"Our bikes require serious surgery before they are considered custom," Gustafson said. "First, the rear subframe was sawed off and a custom subframe grafted in place. All the stock plastics and fairings were removed, as was the stock fuel tank.

"We replaced these components with an oversized, hand-formed tank for increased range and radiator shrouds that double as crash cages."

Befitting its role as a 'road warrior,' ICON added a high-mount Leo Vince exhaust and reworked Ohlins suspension to handle any terrain. Additionally, utility racks and PIAA LED lights were added, as well as a pair of RotoPax fuel cells to increase riding range - this is no thirsty camel!

To finish the build, a pair of Continental TKC80 tyres were fitted, then the whole lot was lacquered in full desert tan and awarded the ICON1000 invasion stripes on the fork tubes.

This is no show bike, either. ICON enlisted Dromedarii into a life of redline-thumping service. More abuse, more sliding and more speed was asked of the 800cc triple than it had a right to endure; but that's what's required of an ICON 1000 Custom: as ICON say, it has to survive environments that would make even Bear Grylls cry!

ICON said the outright durability of the Triumph Tiger platform was proven in both its past and present life. From rolling through a variety of obstacles in the "Raiden Files", then thoroughly abused in a post-apocalyptic riding scenario, the Tiger 800XC has not only survived, but still has plenty of life left in her.

Dromedarii is a fitting bike for ICON 1000 gear, a collection designed to perform under the harshest of circumstances with the finest of style.

For more information on ICON custom bikes, and the ICON 1000 range of riding gear and casual apparel, go to www.icon1000.com or www.rideicon.com for ICON's general range. 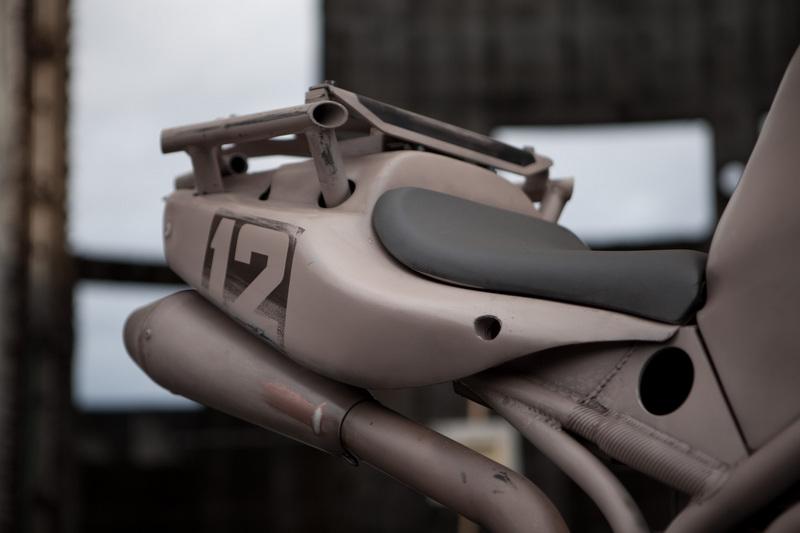 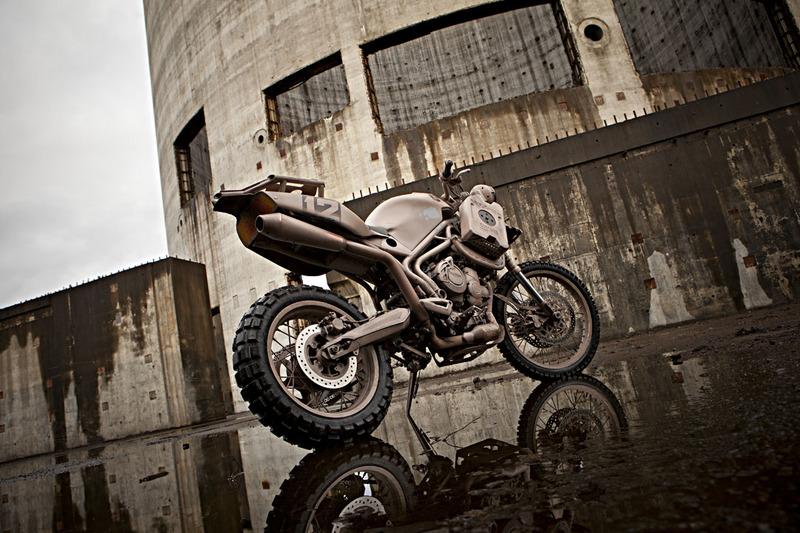 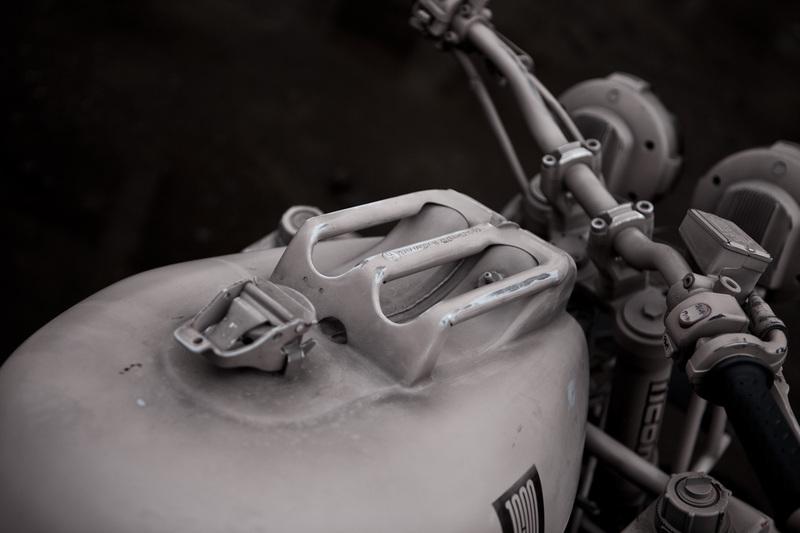 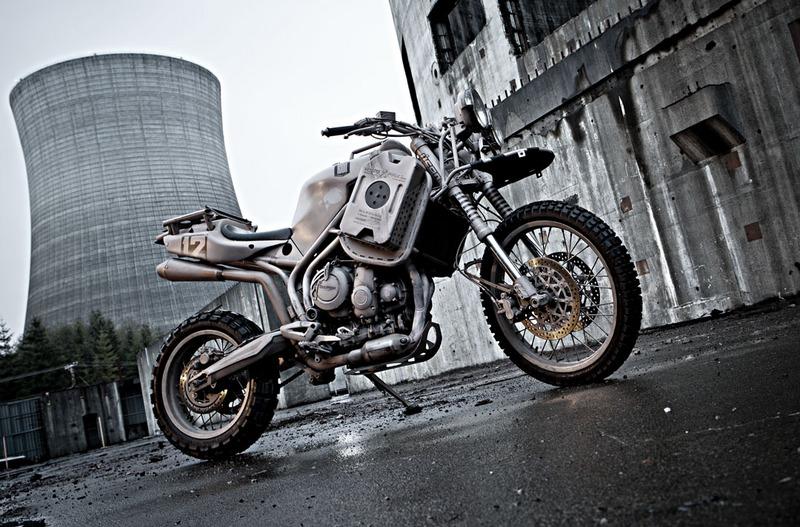 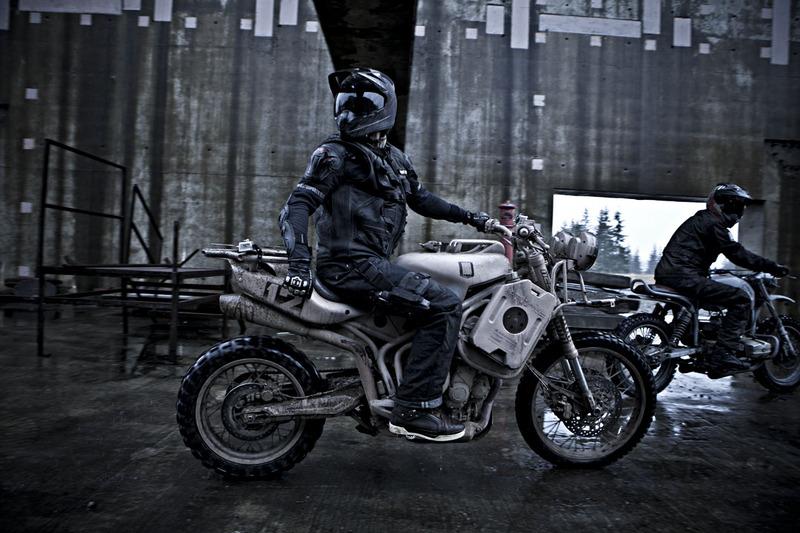 All images/information courtesy of ICON 1000.