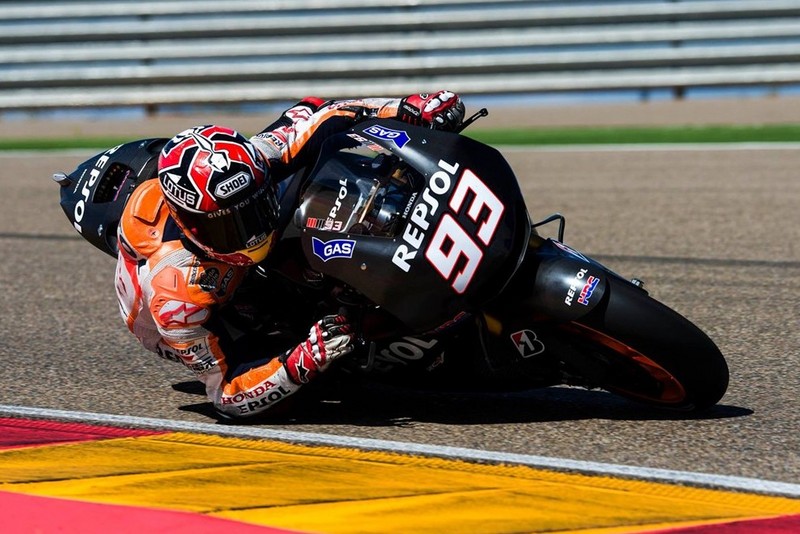 Despite the 2013 MotoGP season being a tight battle between the Hondas and Yamahas, Honda Racing Corporation (HRC) say there's no rush to bring their RC213V to the racetrack this season.

The 2014-spec RC213V was tested at Aragon this week by Repsol Honda's Dani Pedrosa and Marc Marquez, as well as LCR Honda's Stefan Bradl.

HRC Executive Vice President Shuhei Nakamoto said the test session doesn't mean they plan to bring the next-gen racer to the track before the end of the 2013 MotoGP championship season.

"The test of the RC213V 2014 prototype was very constructive," Nakamoto said on Tuesday.

"Dani, Marc and Stefan all gave us similar comments regarding the positive and negative aspects of the new bike and these will be very important in order to proceed with the development for next season."

Responding to the possibility of racing the 2014 bike this year, Nakamoto added:
"The fact that [the riders] are happy with the 2013 version puts no pressure on us to race with the new prototype, so we will continue with its development as planned and will be back in Europe for the test after Misano or for the one after Valencia."

Heading into this weekend's seventh round of the 2013 MotoGP season at Assen, Repsol Honda heads the Teams' Championship from Yamaha Factory Racing by 40 points, whereas Honda's Constructors' Championship lead over Yamaha is just four points.