Honda Australia has confirmed local pricing for the CBR1000RR-R SP Fireblade ahead of its local arrival in Q2, 2020.

The ultimate street-legal version of the Fireblade, the SP lists for $49,999 (excluding ORCs); a $14K premium over the current CBR1000RR SP2. Limited numbers will be released to Australia and the SP will also be the only MY20 Fireblade to be offered locally.

Described as the best, most exclusive and feature rich litre-class four-cylinder supersport model to ever wear the CBR badge, the SP’s greatness starts with an engine that draws on technology from Honda’s RC213V-S MotoGP bike and delivers 160kW at 14,500rpm and 113Nm at 12,500rpm. Titanium con rods and forged aluminium pistons are part of a lightweight, high-tech engine package that includes a 76mm bore – the largest of any production four-cylinder superbike – a ram-ar induction system and a patented ‘semi-cam gear train’ system designed to improve performance and reduce power losses through friction.

A six-axis IMU manages electronic systems like this and the three-level steering damper, while the 5-inch TFT instrument display is fully customisable.

The frame is all-new for this model and the longer swingarm is also inspired by the RC213V-S, while Öhlins electronically-adjustable suspension and new Brembo Stylema brake calipers on larger 330mm front discs, matched to 2-level ABS for street and track riding, are standard.

To be offered in a choice of Matte Pearl Black or Grand Prix Red (tri-colour), pre-orders for the CBR1000RR-R SP are open now. See your Honda dealer or go to https://motorcycles.honda.com.au/ for more details. 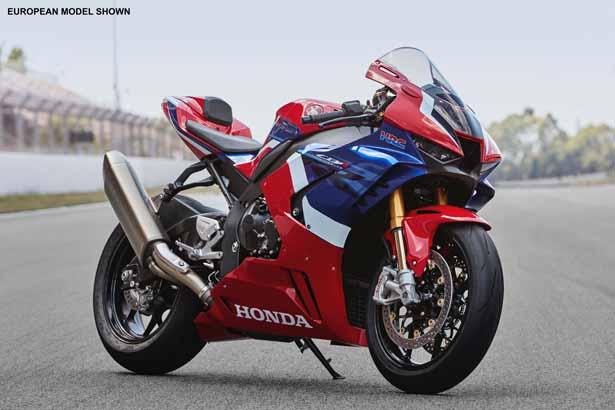 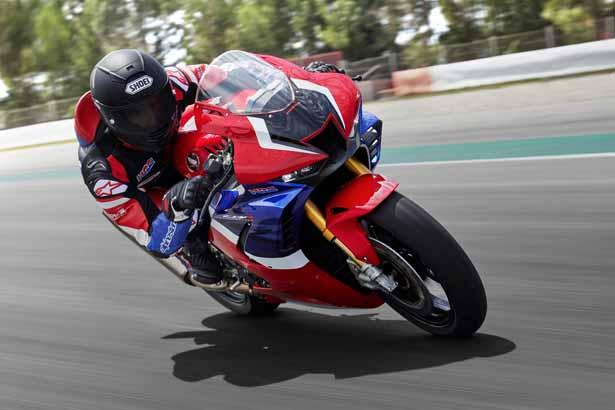