All-new sport touring model, based on Africa Twin engine and frame, coming in 2022.

Honda already offers multiple variants of their CRF1100L Africa Twin adventure tourer, including units with dual clutch transmissions and active suspension, but for 2022, they’ll be spinning an all-new model off the Africa Twin platform – the NT1100. 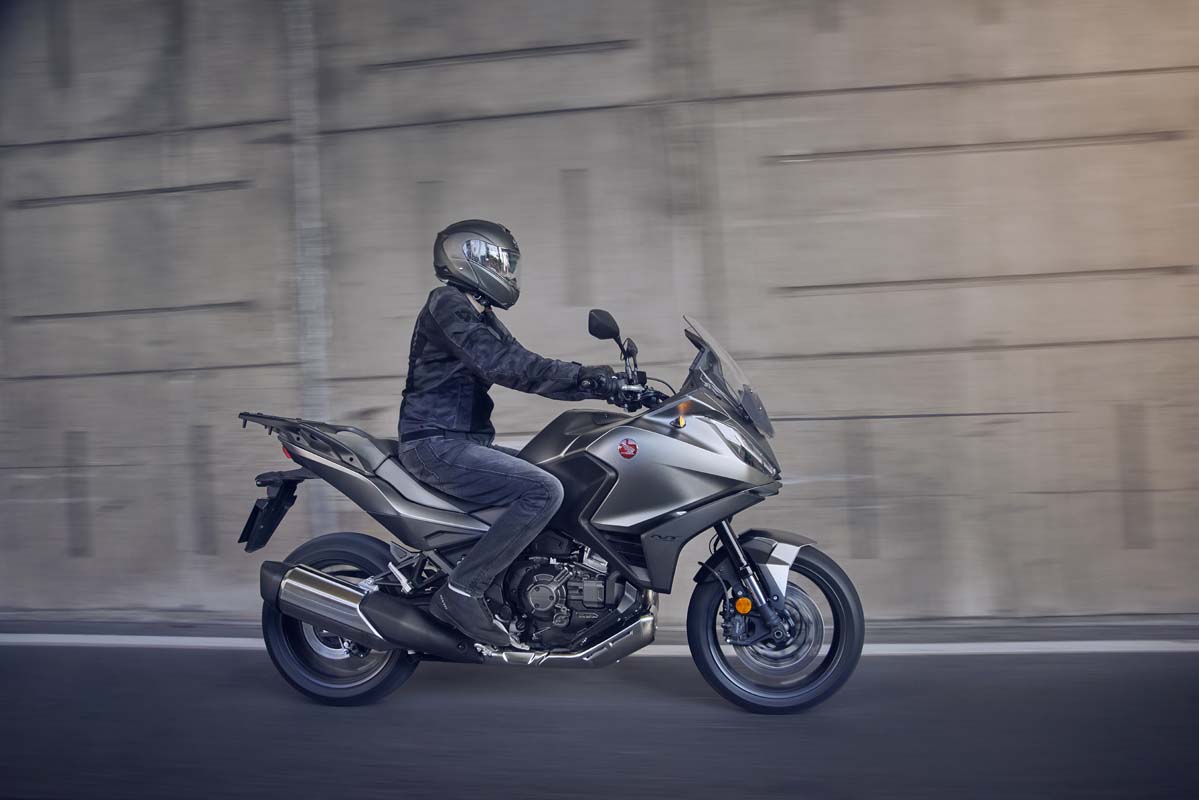 Described as a straightforward touring motorcycle with a rich specification list and a sporty edge to its performance, the NT1100 essentially takes the Africa Twin and makes changes to the engine tuning, geometry, ergonomics, suspension, wheels and tyres to suit its tarmac focus. 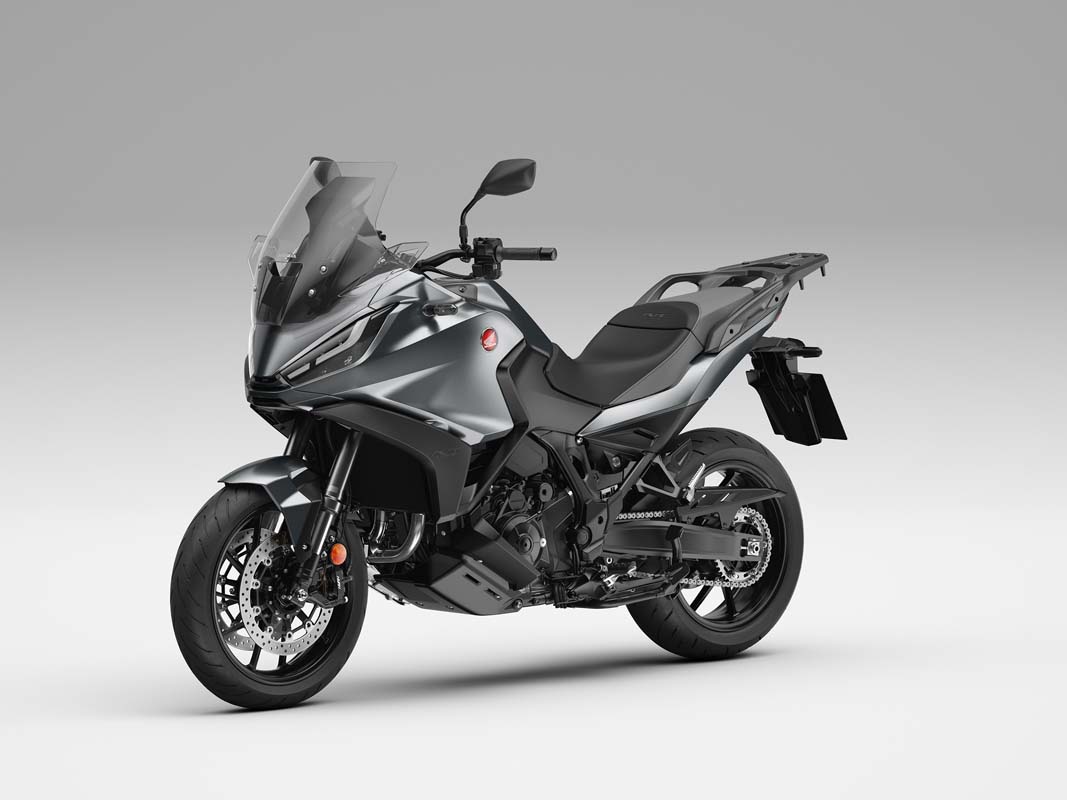 That focus has also dictated a major difference in style, with the NT1100 getting all its own bodywork, including a large fairing, a windscreen that’s five-position adjustable, upper and lower wind deflectors to suit long rides on the highway and an ergonomically-shaped seat that’s at 820mm. 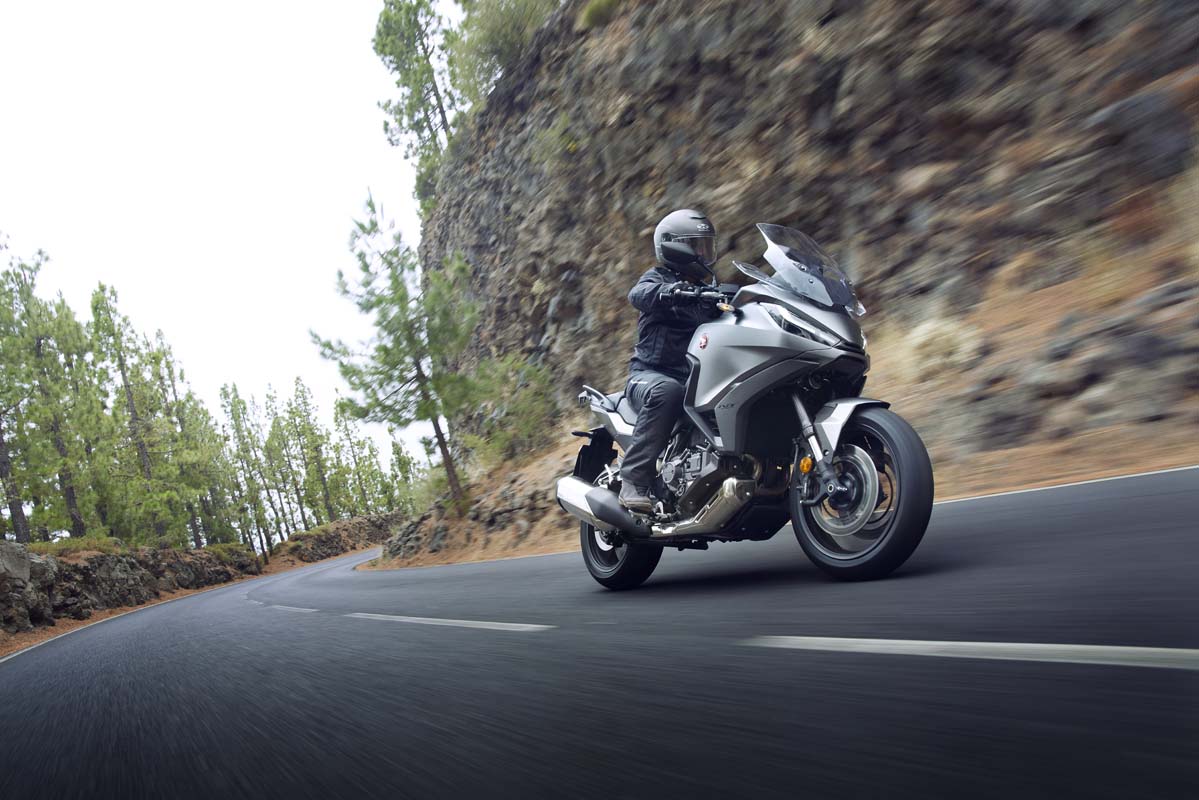 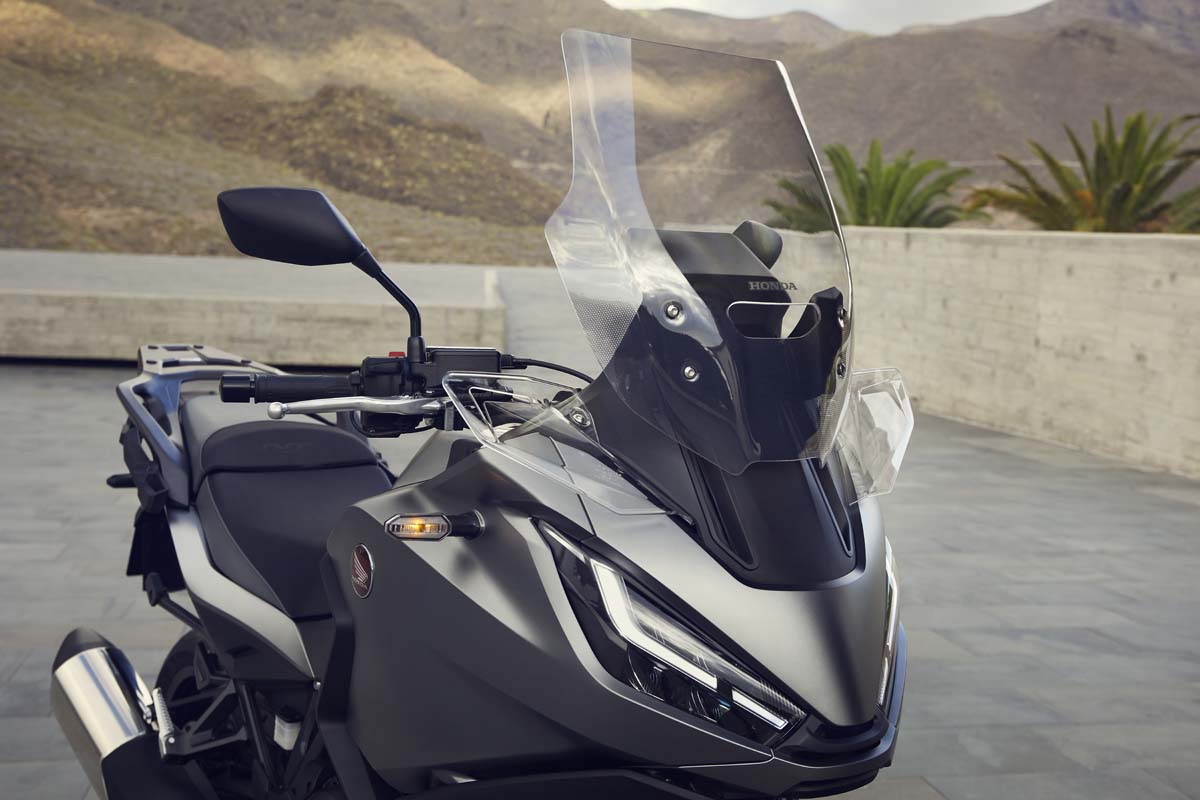 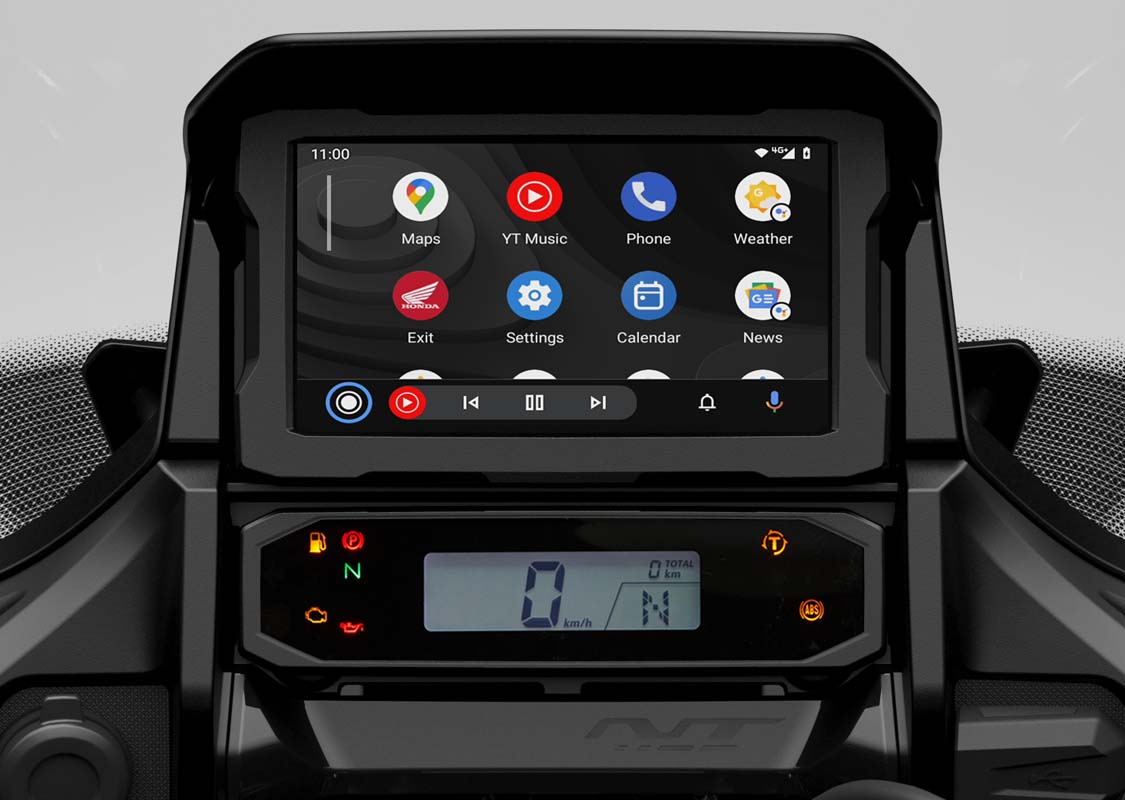 Under its bespoke fairing and other features, the NT1100 runs the Africa Twin’s steel semi-double cradle frame and subframe, as well as the same liquid-cooled 1084cc parallel twin engine, but retuned for this application. 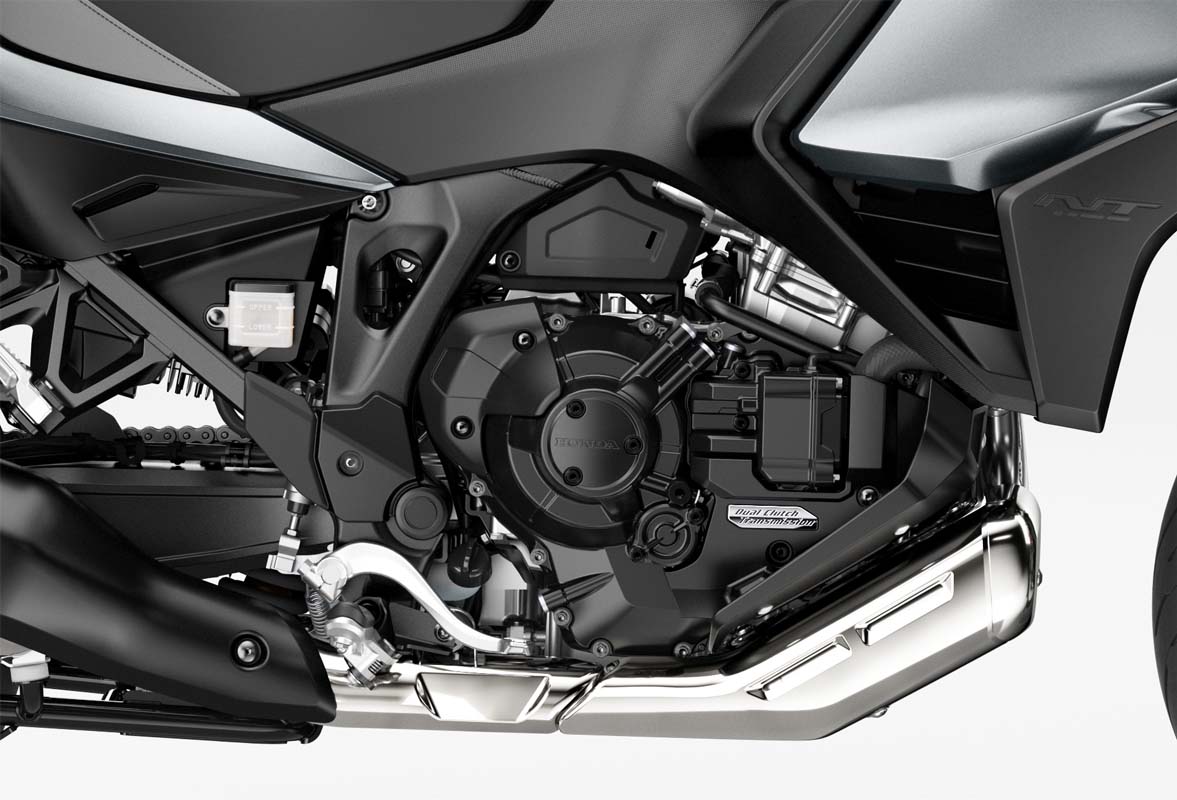 What Honda has revealed is that the retuning includes optimisation of air intake duct length and muffler internals to deliver smooth acceleration and relaxed highway cruising, while not impacting on fuel economy.

Like the Africa Twin, the NT1100 will be offered in manual and DCT form, with six speeds for each and chain final drive. On the DCT, there are three operating modes, including an ‘MT’ manual mode that allows gear shifting using a trigger on the left handlebar, while ‘D’ and ‘S’ modes offers standard and sports shifting, respectively. 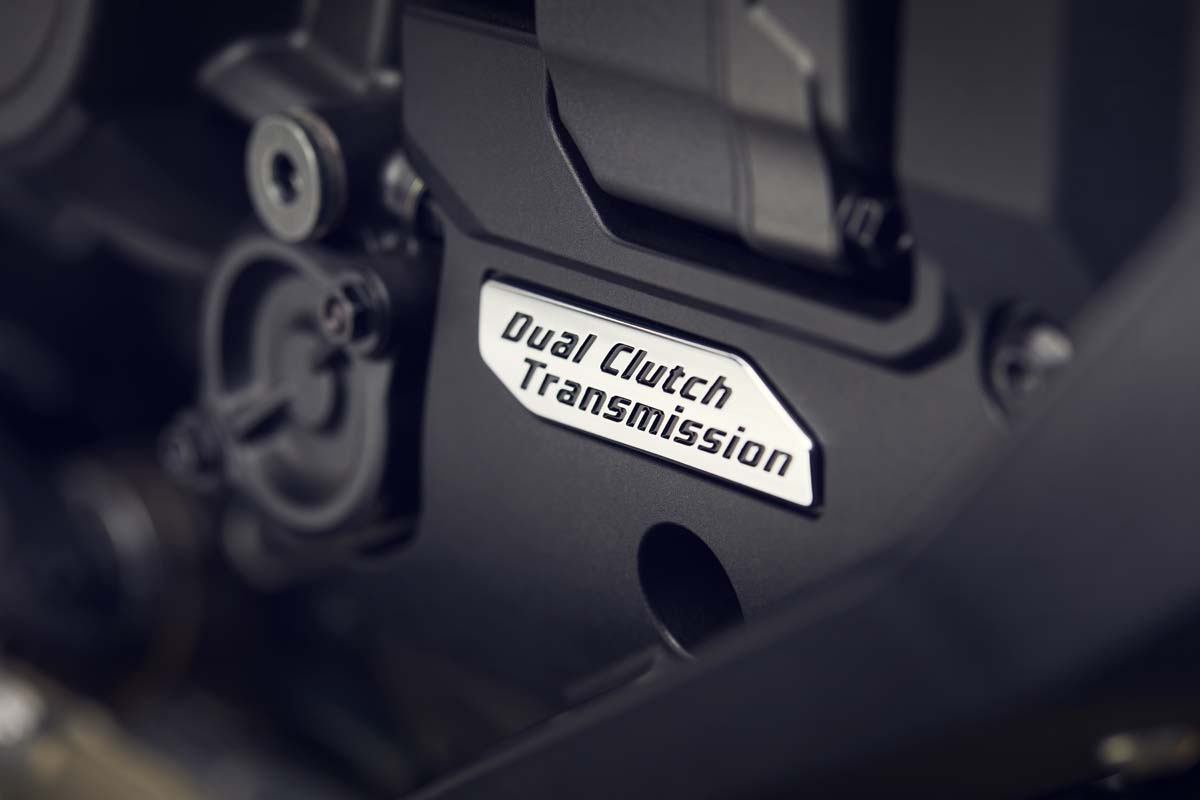 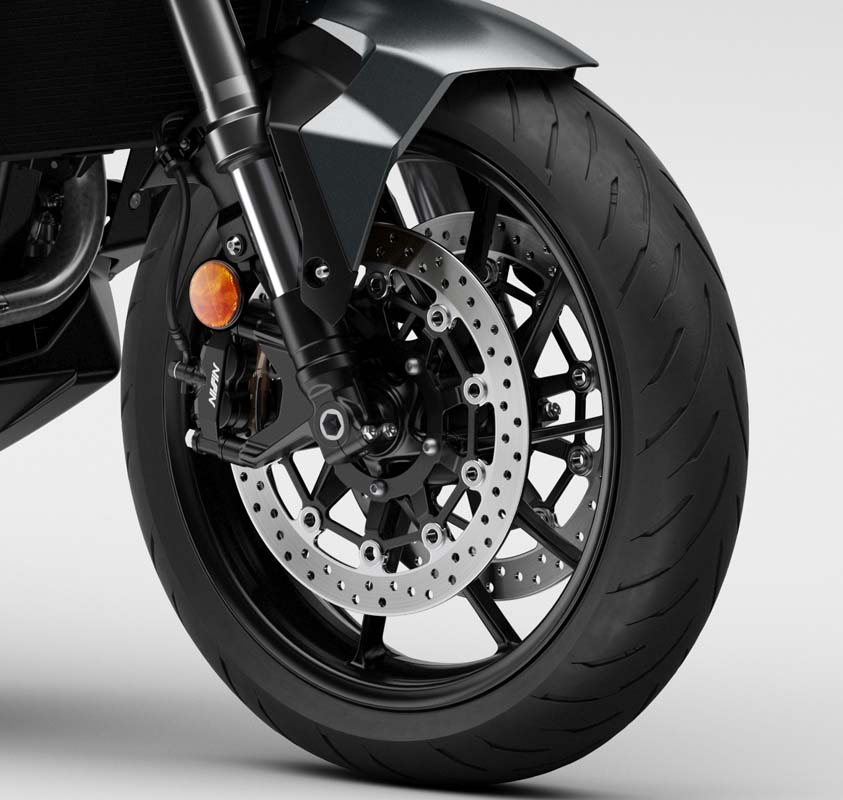 The dual 310mm front and single 256mm rear brake discs are the same as the Africa Twin, with 4-piston radial calipers at the front and a single piston rear caliper. Two-channel ABS is standard.

Fuel capacity of 20 litres is an increase on the Africa Twin’s 18.8 litres (but down on the Adventure Sports variant with 24.8 litres. 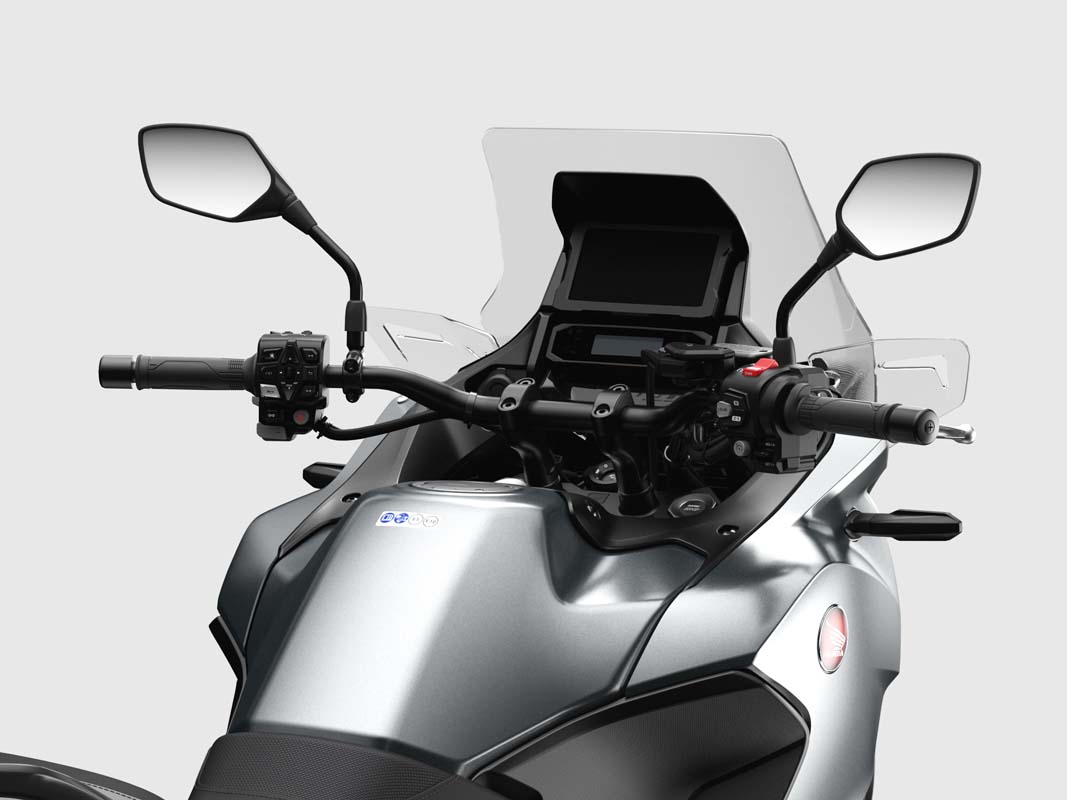 Australian release of the Honda NT1100 is scheduled for Q2, 2022. Full specs, available accessories and pricing will be announced closer to local arrival, but expect something in the $20,000+ range, in line with current pricing for the Africa Twin.