After four years on the road in Australia, the Deauville's development team decided the time had come to make some substantial improvements to not only its look and serviceability, but also to its performance. A host of detailed changes have resulted in the Deauville NT700V, including bodywork that has been designed to project a more modern look while also enhancing its range of riding comfort when used in longer distance touring applications.

From its new headlight, adjustable windscreen and revised riding position, to its significant increase in its carrying capacity and Combined Disc Brake system, the new Deauville's evolutionary changes expand its versatility and comfort for a new generation of commuting and touring enjoyment.

Improved engine performance was also one of the primary goals in the new Deauville's development. However, rather than merely boosting displacement in the most straightforward approach to stronger performance, the team set out to thoroughly revise its slim yet powerful liquid-cooled V-twin engine with such radical changes as lighter new 4-valve heads and electronic fuel injection replacing the carburettor-mounted 3-valve heads it has used from the very start. The Deauville's new, freer breathing combustion chambers and improved fuel delivery system combine to realise remarkably improved power output and performance. In fact, its stronger surge of power, especially as it translates to roll-on performance, is much more impressive than its increase in displacement would suggest.

The Deauville's extensive range of optional equipment and accessories has also been further expanded with an eye towards extended touring convenience and comfort. Like all the features of the new Deauville, its assortment of optional equipment including stereo, panniers, top box, fog lights and much more is intelligently conceived and sure to provide the utmost in riding satisfaction.
The 2006 NT700V comes in two new stylish colours - Dusk Beige Metallic and Pearl Concours Black - and will be available in Honda Dealers at the end of June. Recommended retail is $14,990 plus on road costs. 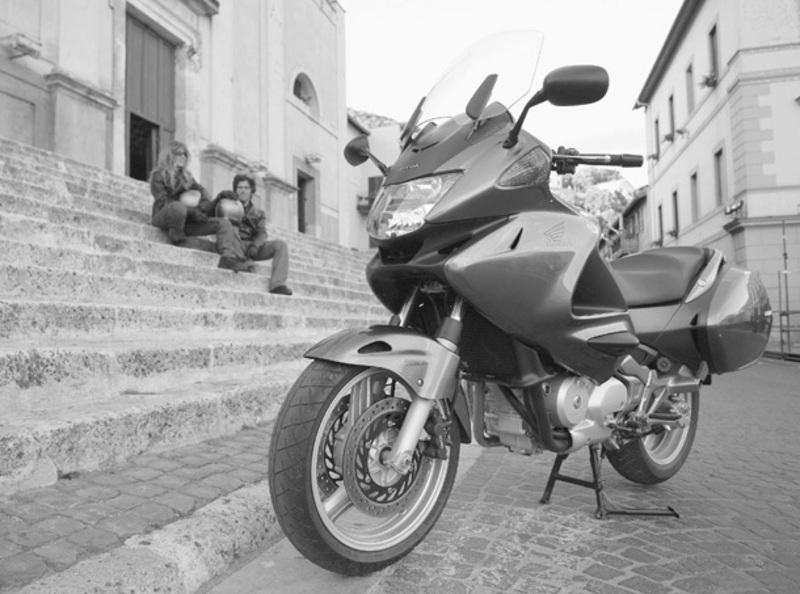