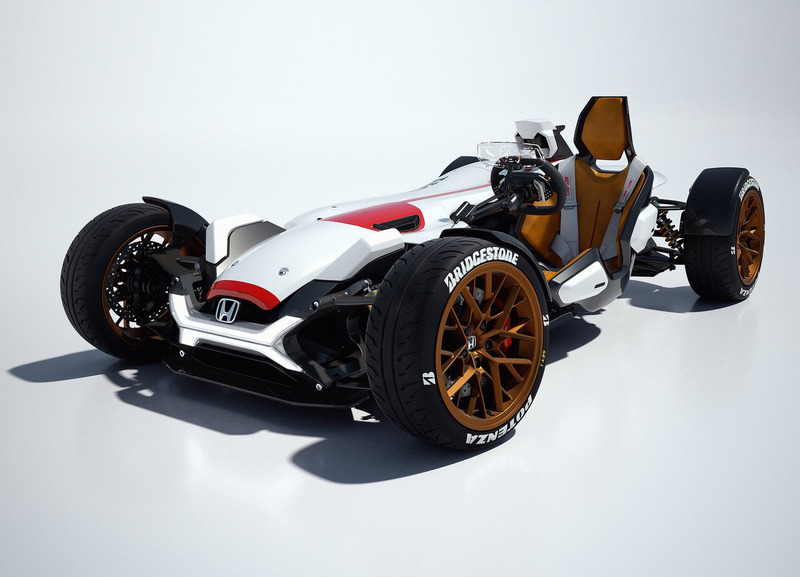 Conceived by Honda's motorcycle design studio in Asaka and designed in collaboration with the automobile design studio in Wako, Project 2&4 combines Honda's expertise in both two and four wheels, providing what Honda says is "the freedom of a motorcycle and manoeuvrability of a car."
Inspired by Honda's RA272 of 1965 (the first Japanese car to win an F1 Grand Prix), Project 2&4 features a mid-mounted engine and minimal bodywork, with the core frame and functional parts of the car on show.
The engine, a road-spec version of Honda's RC213V MotoGP race bike powerplant, produces over 166kW at 13,00RPM, with peak torque of over 118Nm delivered at 10,500RPM. Drive is to the rear wheels via a six-speed DCT gearbox.
Weighing just 405kg, the compact (3,040mmL x 1820mmW x 995mH) concept's open cockpit is truly "open", consisting of nothing more than a seat mounted opposite the engine. Honda says the 'floating seat' design places the driver as close to the action as possible, evoking the freedom of a bike.
Project 2&4 will be officially unveiled at September's Frankfurt Motor Show. 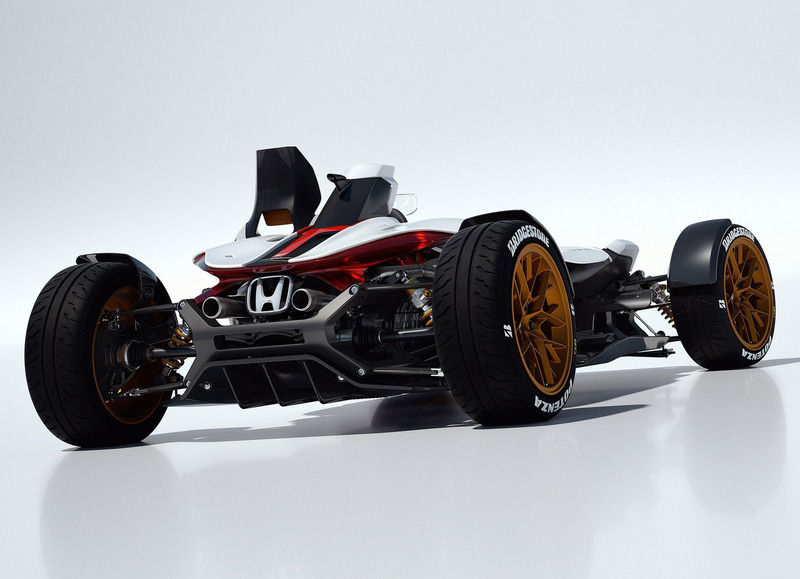