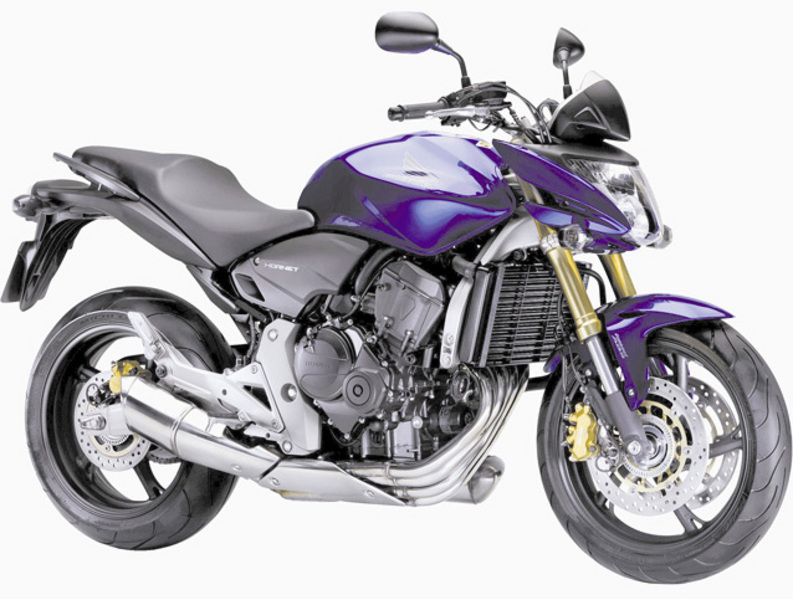 The pared down sportbike, powered by the legendary "RR" series engine, offers riveting new looks and the blistering performance of a totally new engine and chassis.

A close blood cousin of the race ready CBR 600 RR, the latest release Hornet focuses on sharper, more responsive handling through the pursuit of lighter weight everywhere including an engine that is 5kg lighter than before. Attention was also paid to giving the new Hornet quicker and more easily manageable handling.

This was achieved by carefully calculating precisely where that weight should be trimmed, or moved, to gain the most responsive, easiest handling riding

Available in black, silver and Fiji blue, recommended retail is $11,990 plus ORCs.