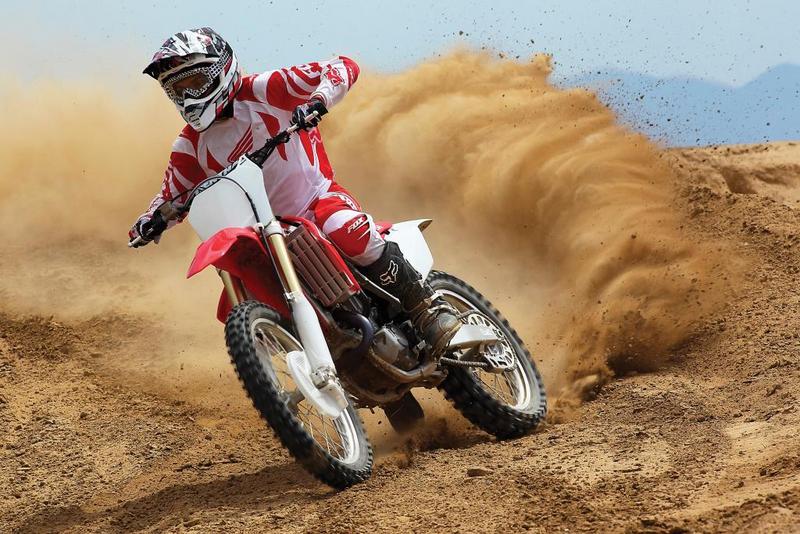 The front end has a new, stiffer spring rate for enhanced chassis balance and stability when approaching and landing from jumps. Combine that with the new stiffer outer fork tubes and larger front axle collars with the optimised suspension settings and you have a stiffer, more rigid front end that will track straighter and hold its line better, even when the track gets tougher.

The rear of the 2012 CRF450R shows off new Pro-Link linkage which enhances traction and limits 'squatting' allowing the bike to remain steady, even during hard braking over rough terrain. This major area of development for 2012 has dramatically improved the handling of the CRF450R and is sure to be received well by Honda riders.

The useable yet powerful, lightweight Unicam engine offers more than sufficient blood-pumping power and remained untouched during the CRF450R's redevelopment. The new CRF450R is fitted with longer, wider footpegs allowing the rider to optimise the feedback given from the premium Dunlop MX51 tires fitted front and rear. 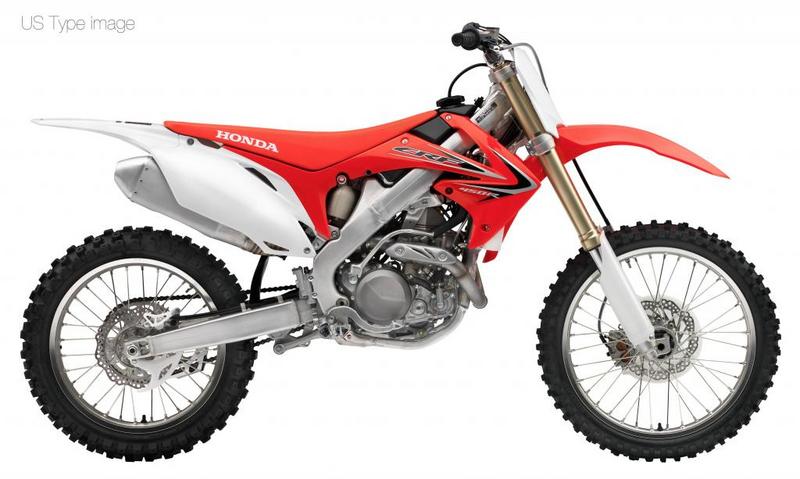