Following the incorporation of the Dyna and Softail ranges under one platform, Harley-Davidson has revealed a new addition to the Softail range for 2018 – the Sport Glide.
The ninth member of the Softail family, Harley says the Sport Glide is a bike that can do it all – cruise, commute and tour. With the latter in mind, a front fairing and lockable panniers are standard, but both items are of the quick-release type, making conversion to a cruiser easy.
The compact fairing is in the Harley ‘batwing’ style and includes a 1.5-inch windscreen, but for those that plan on regular touring, this can be swapped for an optional 5.5-inch screen.
The panniers hold 22.5 litres combined, are lockable, come with damped clamshell lids and are easy to open when seated. Carrying capacity can be increased further with optional accessories, including a luggage rack and ‘Tour-Pak’ mounting rack.
Powered by the Milwaukee Eight 107 cubic inch v-twin that’s the standard powerplant for the new Softail range, the Sport Glide also features a 2-into-1 exhaust system, six-speed transmission, 43mm inverted forks and a remote-reservoir hydraulic rear shock with preload adjustment via an easily-accessible twist knob. Handling is said to be agile in both solo and touring applications.
The broad saddle sits at a low 680mm and forward controls are standard, as is the Harley-Davidson Smart Security System, keyless ignition, ABS braking, USB charge port and LED lighting at both ends.
Styling touches include ‘Mantis’ cast aluminium wheels, blackout treatment on the Milwaukee Eight 107 v-twin and a choice of Vivid Black, Twisted Cherry or Silver Fortune colours.
Priced at $27,750 ride away ($29,945 NZ), the Sport Glide sits in the middle of the new Softail pricing structure, marginally more expensive than the MY18 Fat Bob, but cheaper than the “traditional” Softail tourer, the $31,750 Heritage Classic. 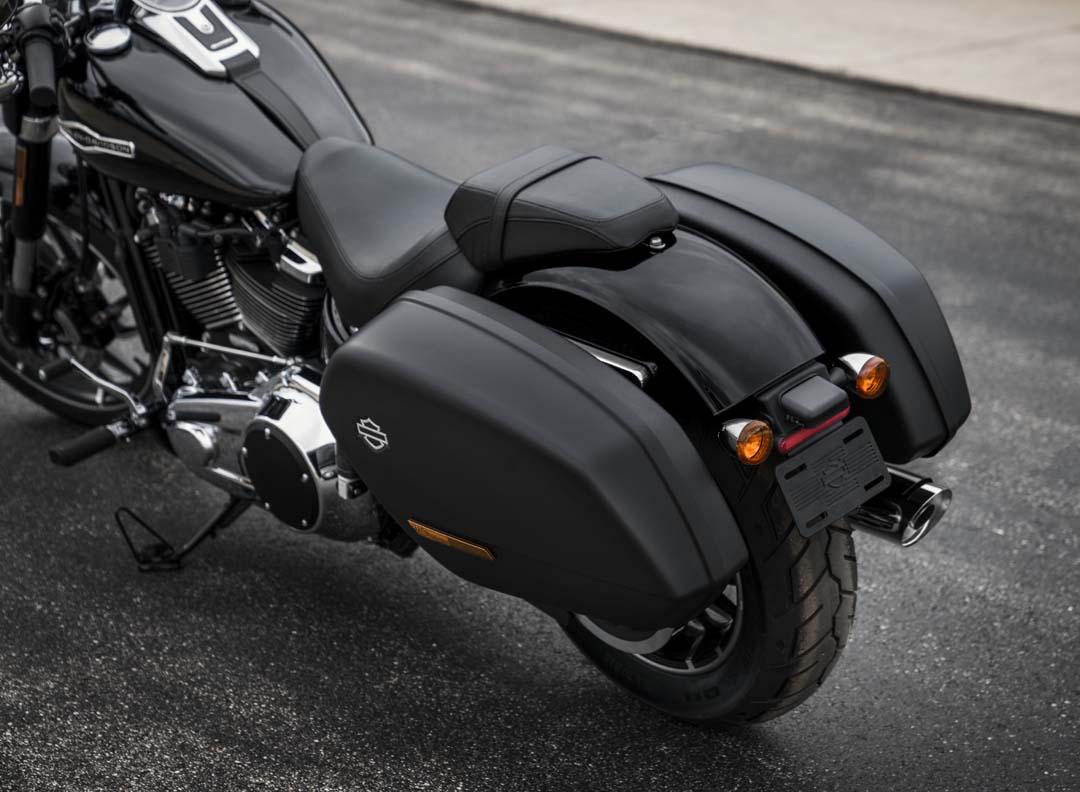 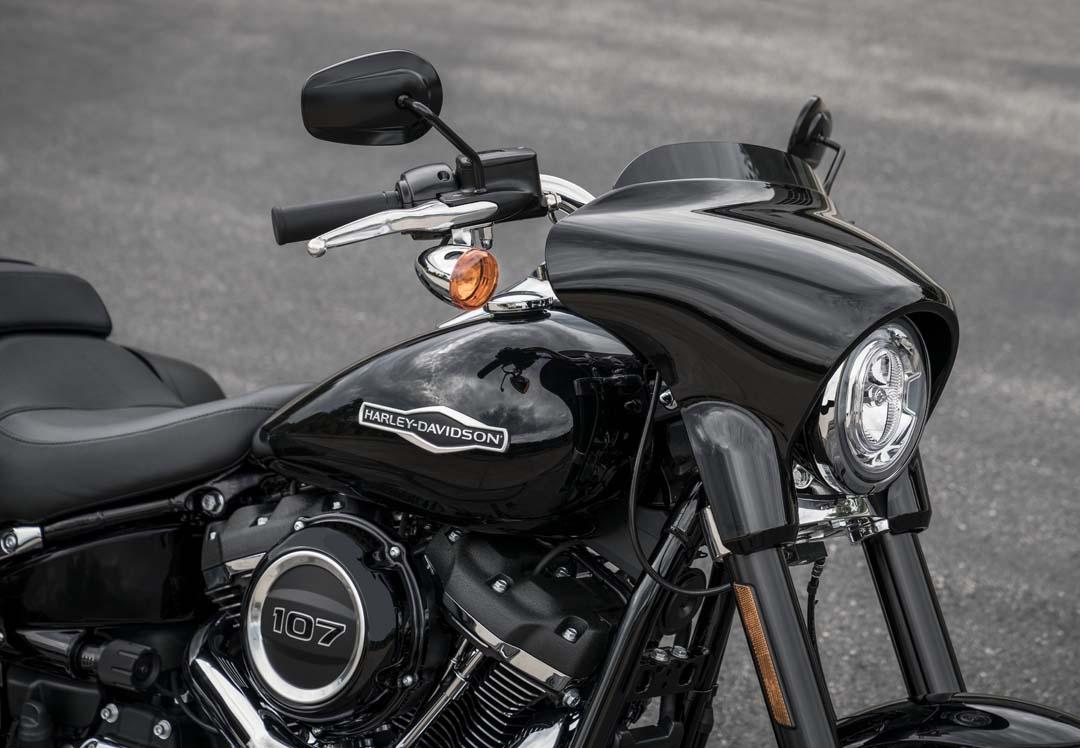 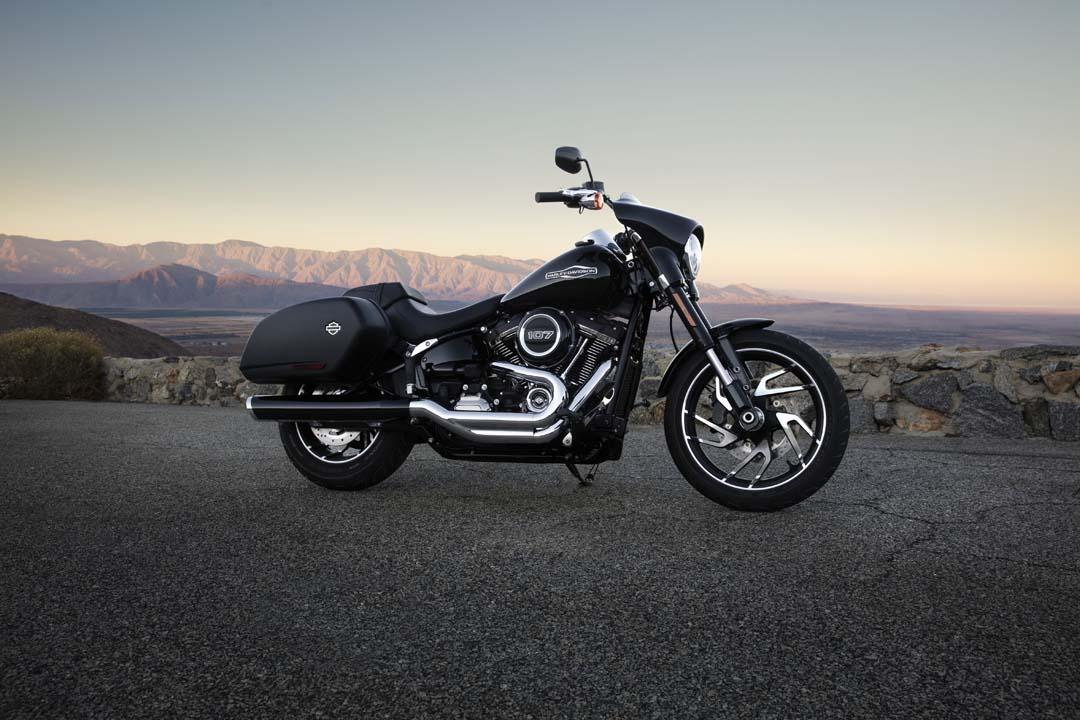 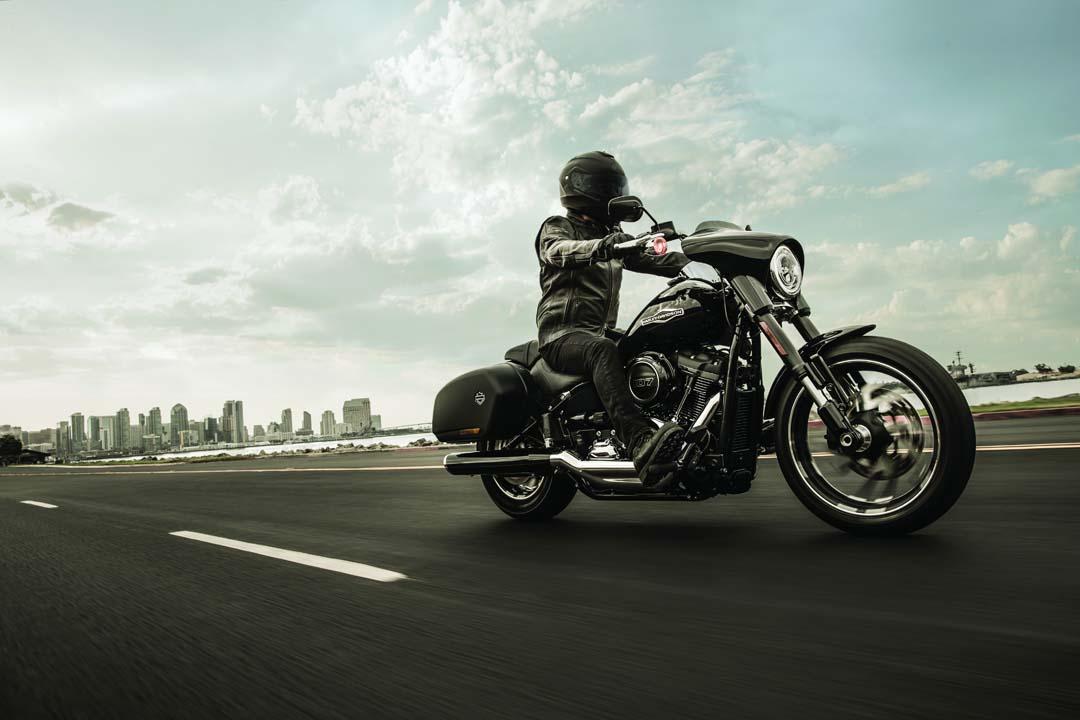 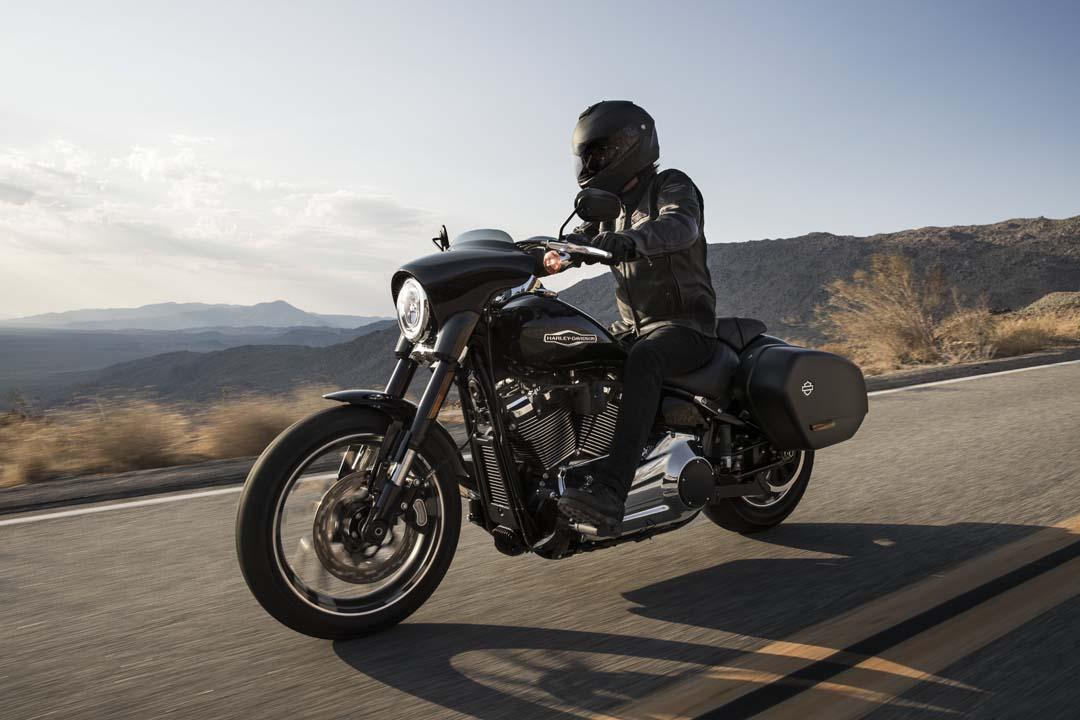