Gresini partners with Ducati for 2022 MotoGP

Gresini partners with Ducati for 2022 MotoGP

There’ll be a new look, new name, new riders and new machinery for Aprilia Racing Team Gresini in MotoGP next year, when the Italian outfit reverts to independent team status and parts ways with Aprilia.

The change ends a seven-year association between Aprilia and Gresini, and while Aprilia will manage their own factory entry from 2022 onwards, Gresini will not run the Aprilia RS-GP as an independent, instead signing a two-year deal with Ducati.

While the spec of the Desmosedici bikes that Gresini will race has yet to be confirmed, they’re likely to be the GP21, following the normal satellite team practice of running older machinery than the factory team.

The premier class squad will also wear a new name next year - Flex-Box Gresini MotoGP Team - following a deal with the Hong Kong-based shipping container supplier. Flex-Box has been a regular sight in the MotoGP paddock in past years, most notably with Ducati and LCR Honda.

Along with a new name and new bikes, Gresini’s premier class rider lineup will be new, too, with Fabio Di Giannantonio and Enea Bastianini making for an all-Italian effort for the 2022-23 seasons.

Di Giannantonio was runner-up in the 2018 Moto3 World Championship and has been in Moto2 since 2019, achieving four podiums in the category over his first two years. For the 2021 season, Di Giannantonio signed with Gresini’s Moto2 squad, where he achieved his first Moto2 race win at Jerez in May. The 22-year-old sits fifth in the championship at time of writing.

Bastianini made his MotoGP debut this year with the Avintia Esponsorama Ducati satellite team. The 23-year-old’s best result in the premier class to date has been a ninth at Portimao in April.

The Italian has been in grand prix racing since 2014, spending his first five seasons in Moto3, including three with Gresini Racing’s Moto3 squad, for a best championship finish of second in 2016. Stepping up to Moto2 in 2019, Bastianini won the 2020 Moto2 World Championship following a season-long battle with Luca Marini and Sam Lowes.

The makeup of the Aprilia factory team post-Gresini has yet to be finalised, Aleix Espargaro has a contract for 2022, but Lorenzo Savadori doesn’t and is almost certain to lose his seat, leaving the second Aprilia factory ride open. There’s been speculation that the experienced Andrea Dovizioso may join the team, but nothing’s been confirmed at time of writing.

The next phase in Gresini Racing’s evolution was announced on 17 June and is said to be fully supported by the family of team founder, Fausto Gresini, who passed away in February from COVID-19. Fausto’s widow, Nadia Padovani, now holds the roles of Gresini Racing Team owner and Team Principal. 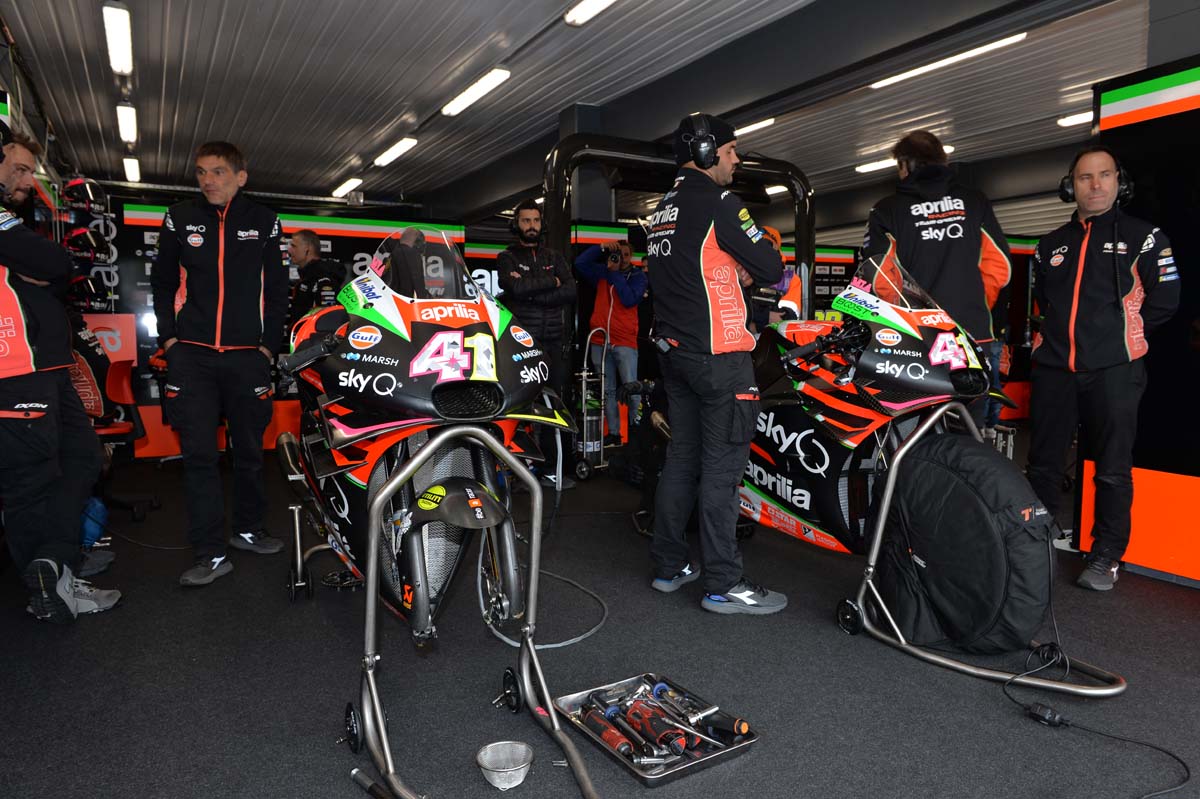 “In previous months, our efforts merged with a strong emotional push to shape the future of Gresini Racing, and now are immensely proud and happy to make the official announcement. It is a project born out of continuity and based on values upon which Fausto built this amazing institution,” Padovani said.

“My thank you goes first and foremost to Carmelo Ezpeleta for making sure we never felt alone during these months, to Ducati for trusting our projects, to Flex-Box who joined us in this new challenge as title sponsor and obviously to Fabio and Enea: I’m sure they will give their best to wave the Gresini Racing banner high.”

Gresini Racing was founded in 1997 when Fausto Gresini turned to team management after a 12-year career as a rider.

Starting in the 500cc class, then fielding riders in the 250cc class from 1999, Gresini’s first champion was Daijiro Kato, who won the 250cc World Championship in 2001.

Returning to the 500cc category in 2002 (after it was renamed MotoGP), Gresini Racing concentrated exclusively on the premier class from 2003 to 2009, achieving 14 race wins, but no championships, although Sete Gibernau and Marco Melandri did finish runner-up – Gibernau in 2003 and 2004, and Melandri in 2005 – making Gresini the most successful satellite team in the MotoGP era to date.

After years as a Honda satellite team in the premier class, Gresini started running the Aprilia Factory MotoGP team in 2015, which has yet to deliver a race win or even a podium, with a best official race finish of sixth at time of writing.

A return to the 250cc class (now Moto2) in 2010 produced instant results, with Toni Elias winning the championship that year. From 2012, Gresini Racing also fielded a Moto3 team, with whom Jorge Martin won the World Championship in 2018.