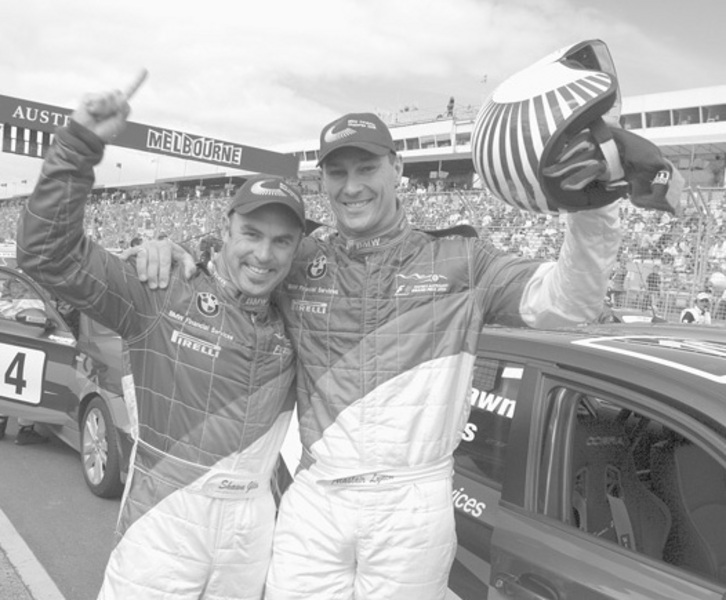 The celebrities kept the crowd entertained throughout the five-lap race with spins, bumps and near misses among the 26 stars. Freestyle MX champ, Carey Hart tipped out by TV sports presenter Ryan Phelan on the opening lap, while Queensland Rugby League champion Gordon Tallis spun out and "beached" his BMW 1 Series in the kitty litter in the last lap of the race.

Giles said after the event he was more at home with a brake and clutch on a handlebar than with the gears and a steering wheel of the BMW 1 Series, but he showed he had lost none of his touch for speed in moving to the dynamic BMW. A brilliant start enabled him to go into the first corner unchallenged, and from there on he kept clear air from the rest of the field, along with going on to record the fastest lap of the day of 2min 43.4400 seconds in his third lap - not bad for the 35-year old's first attempt at four wheel racing.