Gardner gets first taste of MotoGP

Gardner gets first taste of MotoGP

Remy Gardner has taken the next step in his progression to MotoGP after his first laps aboard the KTM RC16 at the Official MotoGP Misano Test on 22 September.

Both Gardner and his Red Bull KTM Ajo Moto2 team mate Raul Fernandez were invited to the second day of the two-day official test, ahead of their move to the Tech3 KTM Factory Racing team in 2022.

“Raul and Remy took the Tech3 RC16s for some laps and it is always super-nice to see when a rider has his first experience with a MotoGP bike," said Mike Leitner, Red Bull KTM Race Manager.

The official test that saw all manufacturers represented, so Gardner and Fernandez were on track with most of the current MotoGP grid. 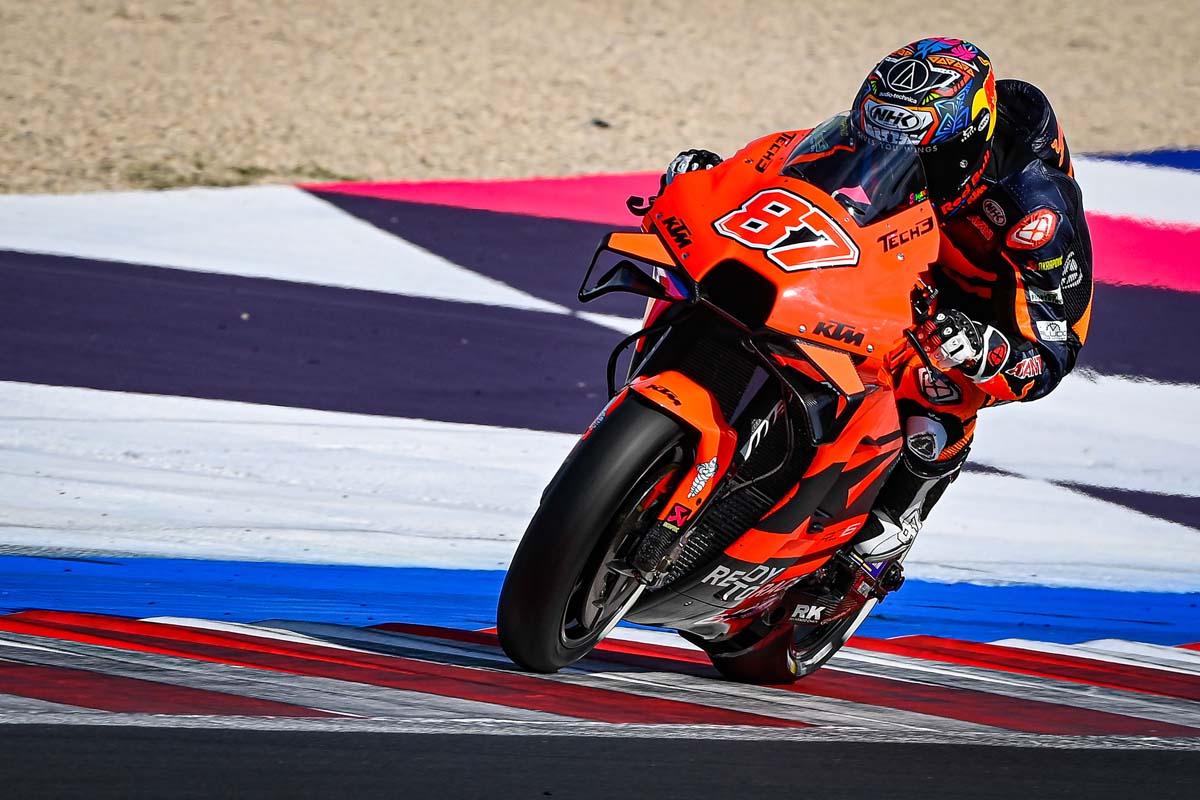 As the test session is not about cutting fast lap times, results were mixed, with Aleix Espargaro (Aprilia Gresini) finishing on top for the second day, followed by Takaaki Nakagami (LCR Honda) and Joan Mir (Suzuki Ecstar). Both Gardner and Fernandez were at the bottom end of the time sheets as they came to grips with the RC16.

Despite a slow speed crash after running off track, Gardner racked up more than 50 laps on the day, while Fernandez’s best was just 2.5 seconds off Espargaro’s fastest lap time.

Even though he had some inkling of what he was in for at the test session, Gardner said he was amazed by the performance of the RC16.

“Incredible, honestly,” the Aussie enthused. “I expected power and strong braking, but until you really try it, then you don’t know. I was going through gears like there was no tomorrow. Even in the last laps it was mind-blowing how fast it was.

“I had a great day and a lot of fun. It was good to get a feel for the bike and to try and understand it. It was a nice little treat for us by KTM. I cannot wait to start for real and I’m looking forward to push the bike next time, trying to find those limits.”