Remy Gardner is enjoying his best season in grand prix racing to date, leading the Moto2 championship after six rounds and securing his first win with KTM since switching to the Red Bull KTM Ajo squad for 2021. 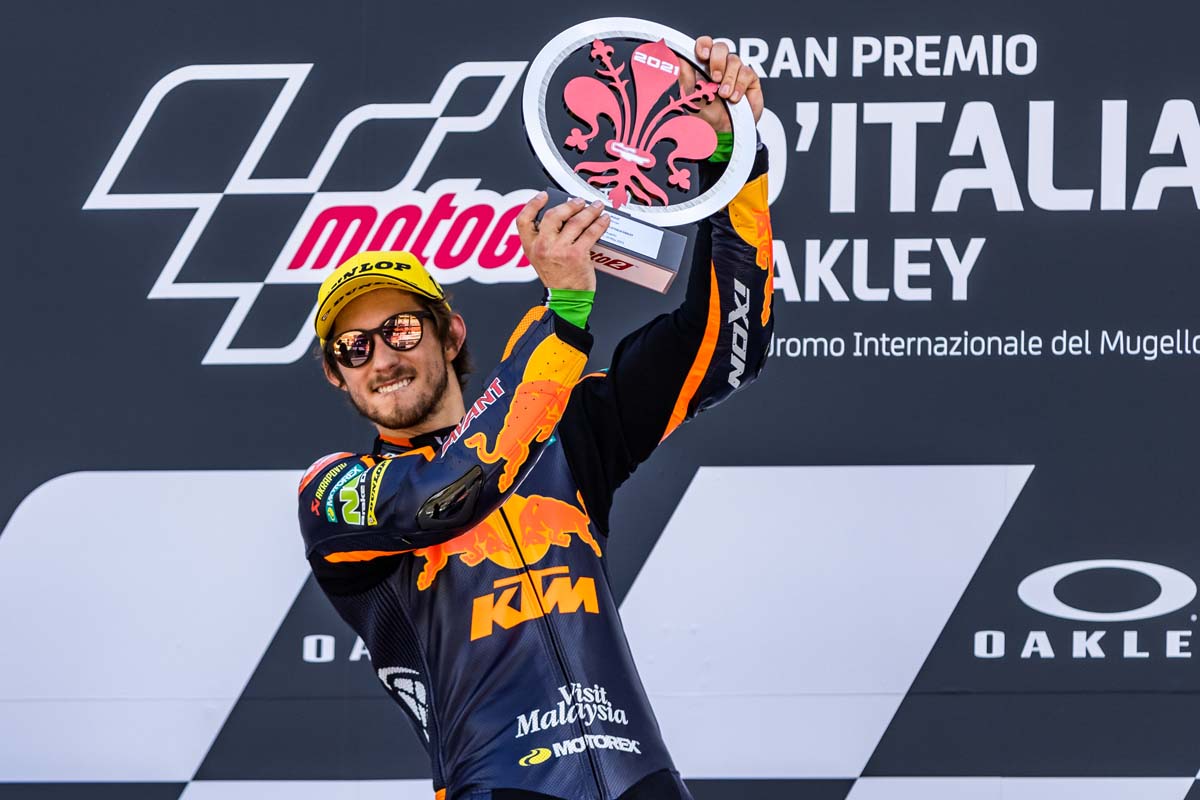 Since stepping up to Moto2 in 2016 after one full season in Moto3, the eldest son of Wayne Gardner struggled to find consistency in his first two seasons in the category, crashing often and rarely finishing inside the top ten.

In 2018, positive signs emerged following a switch from Tech 3 Racing to the Onexox TKKR SAG Team, including a pair of top ten finishes, followed by further improvement in 2019, including his first podium in the category. In the 2019-20 off-season, Gardner reportedly knocked back an offer to step up to MotoGP with KTM to remain in the intermediate class.

That decision to stay put paid off last year, as Gardner took podiums at Spielberg, Le Mans and Valencia before his breakthrough Moto2 victory came at the final round in Portimao.

Even before that victory, Gardner had taken the next step in his career, signing with Red Bull KTM Ajo and the ‘KTM GP Academy’ for 2021. One of the most successful and respected teams in the paddock, Red Bull KTM Ajo has achieved two championships and two runner-up positions in Moto2 in the past six years and has also elevated riders to MotoGP in previous seasons.

Gardner started his tenure with Red Bull KTM Ajo with three successive podiums and had finished no worse than fourth in the first five rounds of this season before taking the win in Round 6 at Mugello on 31 May.

Speaking after the race, which he won by one hundredth of a second, Gardner said: “I knew I was strong, but the set-up was a bit strange with the front end: I had many, many ‘moments’ and I changed my riding style halfway through to combat that. In the end I was coming back hard as well as managing my fitness because it is a physical track. It worked out well and I’m so happy to get another win.”

At time of writing, Gardner was leading the Moto2 championship from his team mate, Raul Fernandez, by six points.