A motorcycle that played a role in Happy Days, one of the most popular TV series of all time, sold at auction in December with Bonhams. 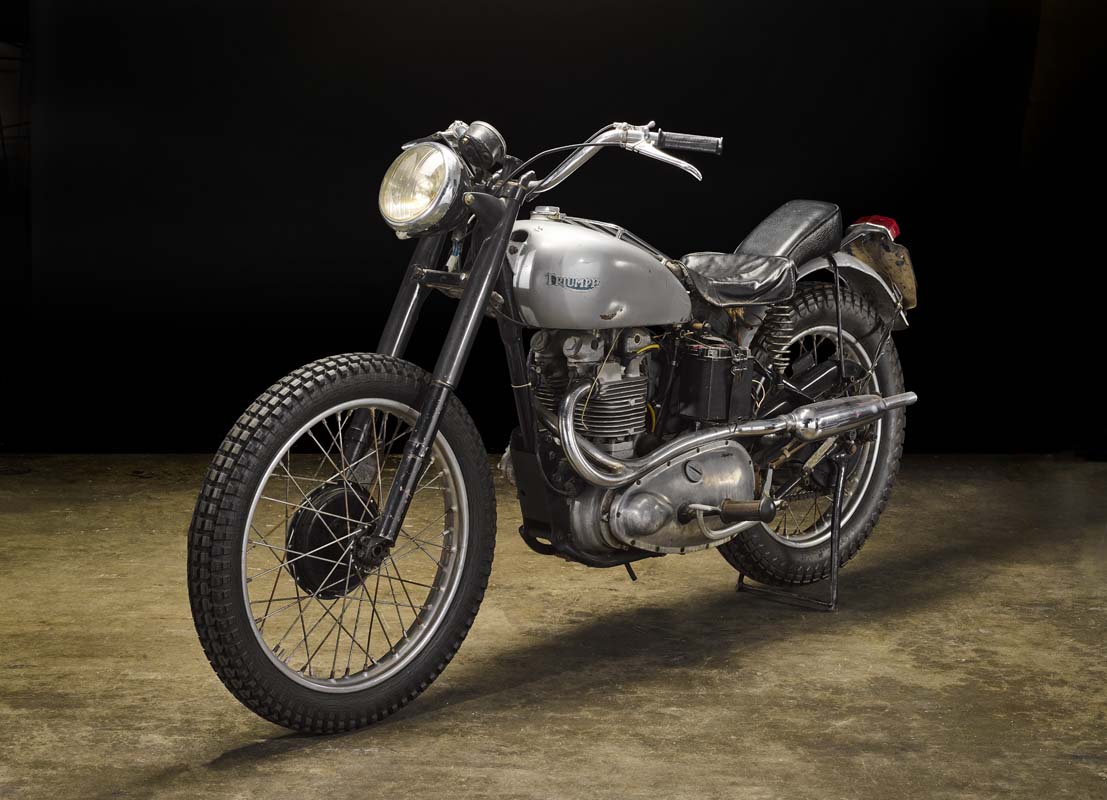 First aired in 1974, Happy Days was one of the most popular TV series of its time, with 40 million viewers per episode at its peak. The family comedy/drama centred on the Cunninghams, an all-American family from Wisconsin, but what set Happy Days apart was its historical setting - the late 1950s – a time when America was still enjoying post-WWII prosperity and before internal divisions, race riots, political assassinations and the Vietnam War transformed the country.

Over 11 seasons and 255 episodes, Happy Days became a TV staple, led to two spin-off shows (Laverne & Shirley and Mork & Mindy) and has continued to find new fans via re-runs, DVD and streaming since the last episode aired in 1984.

One of the key characters in Happy Days was Richie Cunningham, played by Ron Howard, while the other was Arthur ‘The Fonz’ Fonzarelli, played by Henry Winkler.

Added as a rebellious contrast to the Cunningham’s wholesomeness, The Fonz was originally a minor character in the show, but his look and quotable lines meant his role rapidly grew. With his greaser hairstyle and leather jacket, Fonzie’s character was inspired by bikers seen in The Wild One and 1950s exploitation movies, which meant he had to have a motorcycle, too.

To provide a bike suitable for the character and the era, the producers of Happy Days called on stuntman Bud Ekins. An experienced rider who had won a gold medal at the 1962 International Six Day Trials, Ekins was also one of the founders of off-road desert racing in the USA and appeared in the seminal motorcycling documentary, On Any Sunday, alongside his friend – and Hollywood’s most famous motorcycle enthusiast - Steve McQueen. As a stuntman, Ekins did the iconic motorcycle jump in The Great Escape in place of McQueen, as well as stunt driving in Bullitt.

For Happy Days, Ekins built three motorcycles, all based on late 1940s/early 1950s Triumph TR5 Trophy scramblers, and rented them out to the production company. It’s believed that a Harley-Davidson was sought originally, but when production on the show began, Winkler couldn’t ride a motorcycle and found the Harley too heavy and hard to handle, hence the switch to the smaller and lighter Triumph. It could be argued that a second-hand British bike would have likely been more attainable for a high school dropout of limited means like Fonzarelli in the late ‘50s.

The irony of using a Triumph for a show set in Milwaukee, the home of Harley-Davidson, was probably lost on Happy Days’ producers at the time, but regardless, the Trophy TR5 proved a good fit and went on to become a key part of Fonzie’s character.

Ekins modified all three to reflect custom bikes of the period, with the addition of mini ape hanger bars, a custom seat, repainted tank, deleted front mudguard and a handful of other minor changes.

All three bikes featured on screen throughout Happy Days’ eleven seasons, but shortly after production ended, two of the Fonzie bikes disappeared. It’s unknown whether they were stolen or lost, but there is some conjecture and myth regarding this, including the emergence of a ’52 Trophy in 1996 that’s alleged to have been used on the show.

The third Fonzie bike, based on a 1949 Triumph Trophy TR5, has a more traceable, but not definitive, history. Soon after Happy Days finished in 1984, it’s believed Ekins sold the bike to Marshall Ehlers of California motorcycle shop, Mean Marshall’s Motorcycles, but other sources say it remained in Ekins’s possession until 1990 and when it went to Mean Marshall’s, it had been returned to stock appearance.

Eventually tracked down by a writer for US motorcycling magazine, Cycle World, the TR5’s “Fonzie” provenance was apparently established and despite numerous offers from buyers, Ehlers resisted selling it until 2011. Auctioned through Bonhams back then, as it was again this past December, Fonzie’s ’49 TR5 Trophy sold for US$87,500 (AU$170,000 approx.).

The bike has popped up for sale occasionally since, including in 2016 when the seller was asking US$100,000, but drew no takers.

This past December, The Fonz’s TR5 Trophy was consigned with Bonhams for their ‘TCM Presents Hollywood Cool’ auction, which also featured a genuine Fonzie outfit of leather jacket, t-shirt, jeans and boots used on Happy Days, as well as numerous other items from Henry Winkler’s personal collection.

As it turned out, that estimate proved to be conservative as the motorcycle ultimately sold for US$231,562 (AU$323,900 approx.) including buyer’s premium. While unconfirmed, this is believed to be a new world record price for a Triumph motorcycle sold at auction.

The new owner is Richard Rawlings of the well-known Gas Monkey Garage in Texas. Rawlings admits he probably paid too much, but the popular custom car builder and YouTube content creator said the bike has a very strong family connection for him.

As a kid, Rawlings used to watch Happy Days with his father, whom he described as being very much like Fonzie in his attitude and passion for motorcycles. Rawlings actually called him ‘The Fort Worth Fonz’!

With his father now suffering the advanced stages of Alzheimer’s Disease, Rawlings hopes that showing him Fonzie’s famous TR5 Trophy will trigger some memories, not only of the bike and the show, but also of the times they spent watching it together.

For more details from this auction, go to: bonhams.com