JUST BIKES magazine reaches a major milestone with the publication of our 400th issue.

For more than thirty years, JUST BIKES magazine has been the go-to for those who want to buy, sell and dream about motorcycles. From the latest road bike to a vintage commuter, from big-dollar customs to bargain-priced bangers, as well as dirt bikes, trials bikes, enduros, scooters, trikes, quads, SSVs and home-built two- and three-wheel creations that defy categorisation, JUST BIKES has been a popular marketplace for motorcycles of all ages, sizes, styles and prices. 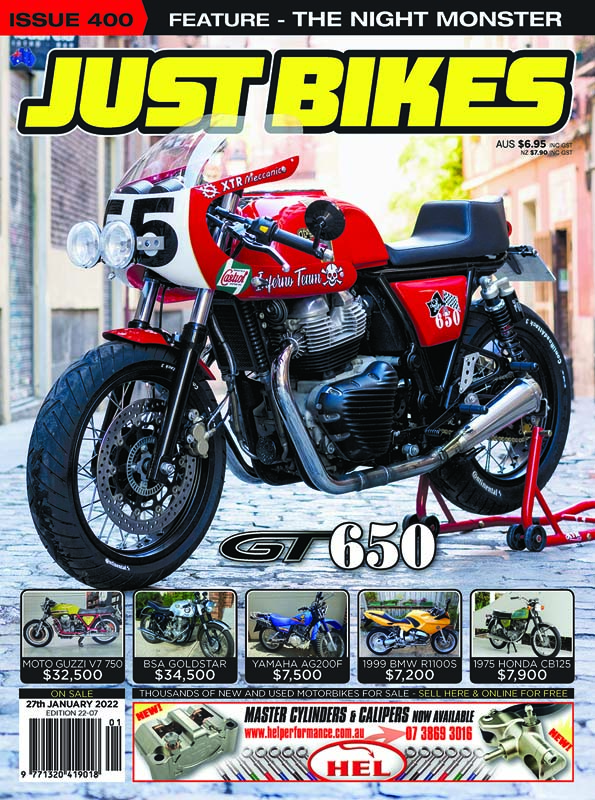 The JUST BIKES that’s known and loved today started as JUST MOTOR BIKES in 1989 – June, 1989, to be exact, with the first issue hitting newsstands just a couple of months after the first ever Australian Motorcycle Grand Prix. Like the Aussie GP, JUST BIKES magazine has changed a lot since that debut year. And as the Aussie GP has become a must-do event each year, JUST BIKES has been a must-have purchase for motorcyclists every month. 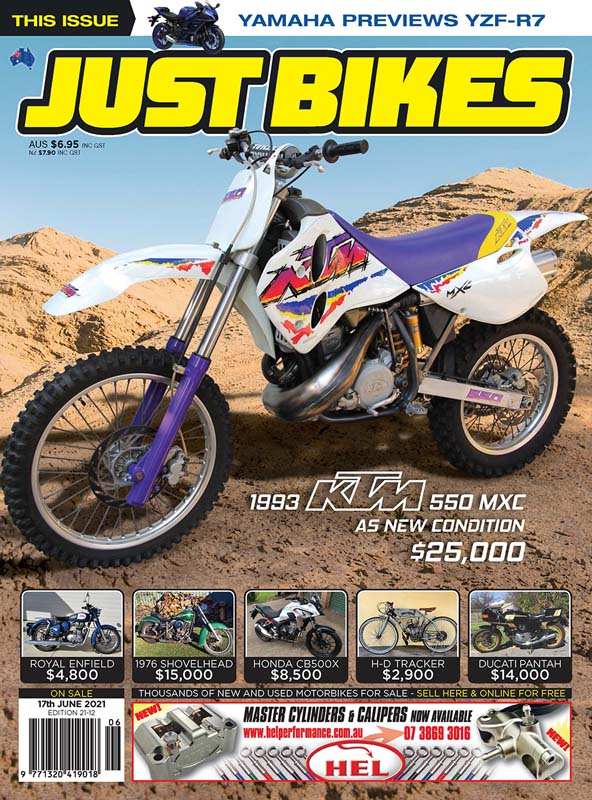 We’ll cover the history of the magazine in a future issue, but some changes of note over the past 32 years include the introduction of colour pages, the addition of a news and reviews section, the dropping of ‘Motor’ from the magazine’s title and the arrival of an online companion – justbikes.com.au 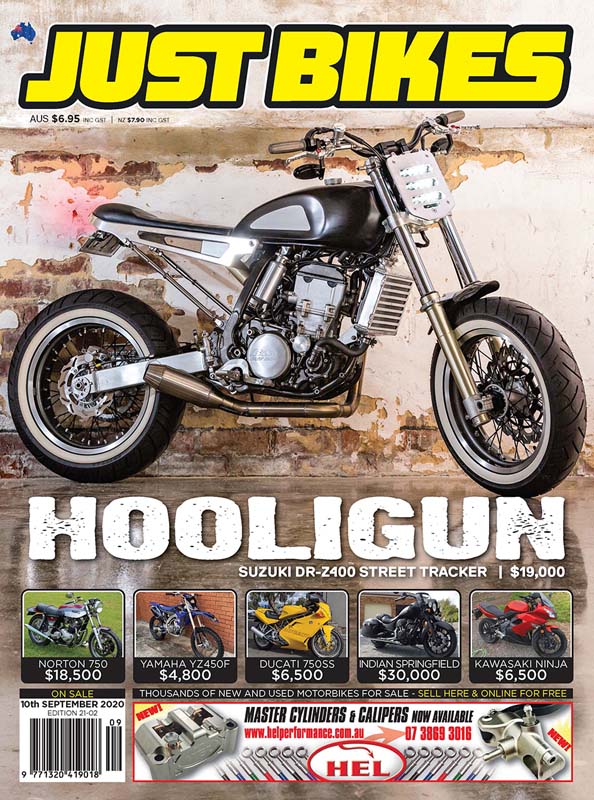 Moving JUST BIKES into the online space brought new challenges, but also new convenience to those shopping for their next motorcycle. The magazine has continued to be popular, though, so where some motorcycle magazines have failed to survive the arrival of the internet, JUST BIKES has and continues to appeal to buyers, sellers and dreamers to this day. 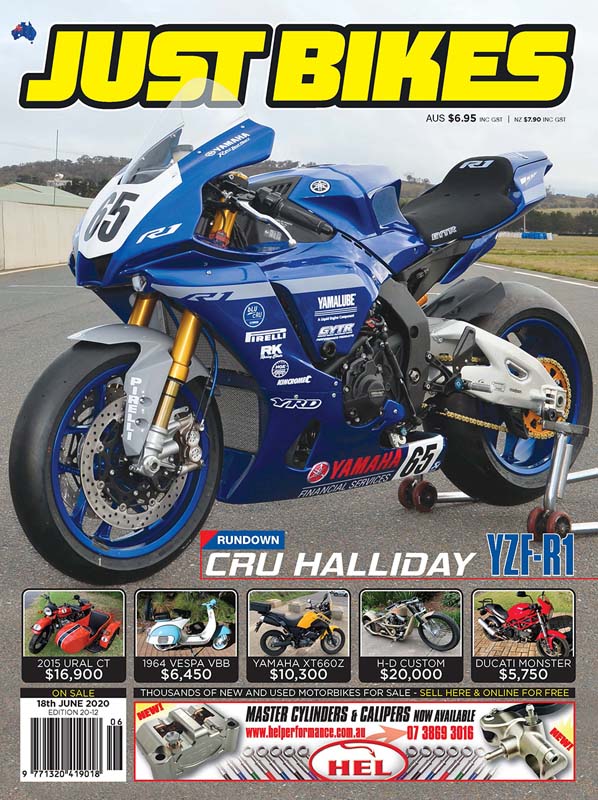 There are a lot of reasons why JUST BIKES remains a monthly fix for bike owners and enthusiasts around the country – and beyond. For some, it’s the sheer variety of bikes advertised each issue, from volume-selling models to true rarities. The affordability of JUST BIKES, in spite of rising costs for paper, printing and distribution, has been a key to the magazine’s ongoing popularity, too. We believe no other publication offers motorcyclists so much for so little. 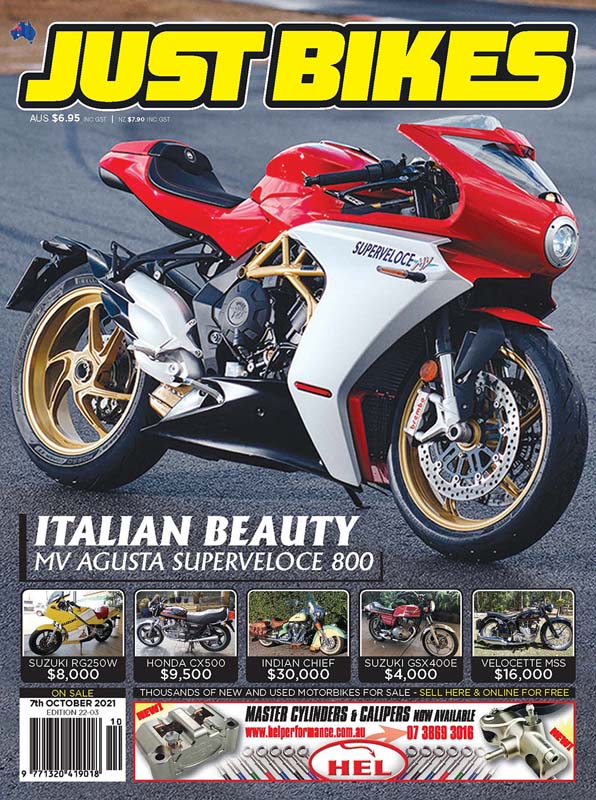 We’re sure you have your own reasons as to why JUST BIKES is a favourite. Maybe you bought your first bike through the magazine, found the rare parts you needed to complete that restoration or made new mates through the club listings. 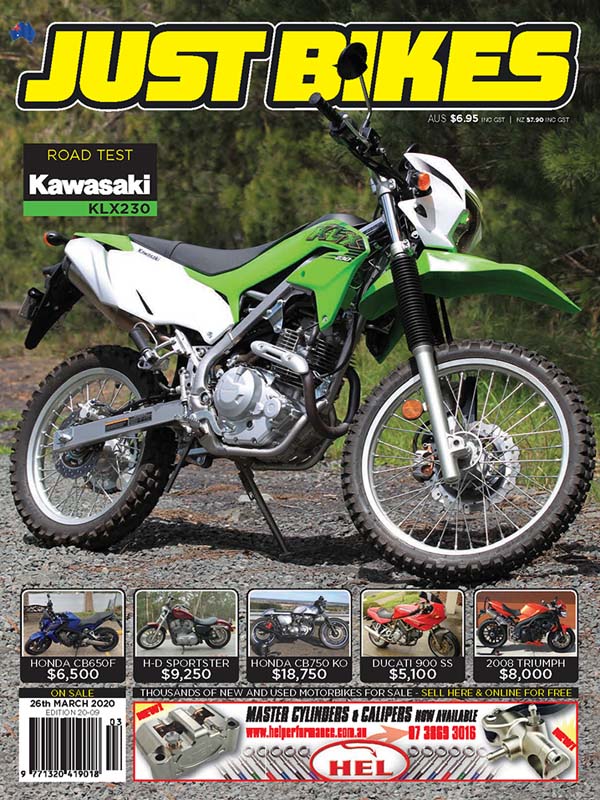 JUST BIKES is inviting you to share your memories of the magazine over the past 400 issues, so get in touch with us via email at: [email protected] or leave a comment on the JUST BIKES Facebook page.