Of the four special edition motorcycles created by Kawasaki this year to honour the 50th Anniversary of the Z1, the Z900RS 50th Anniversary is arguably the closest to the original in terms of appearance and spirit. As such, it’s no surprise that the entire Australian allocation of this model has sold out. 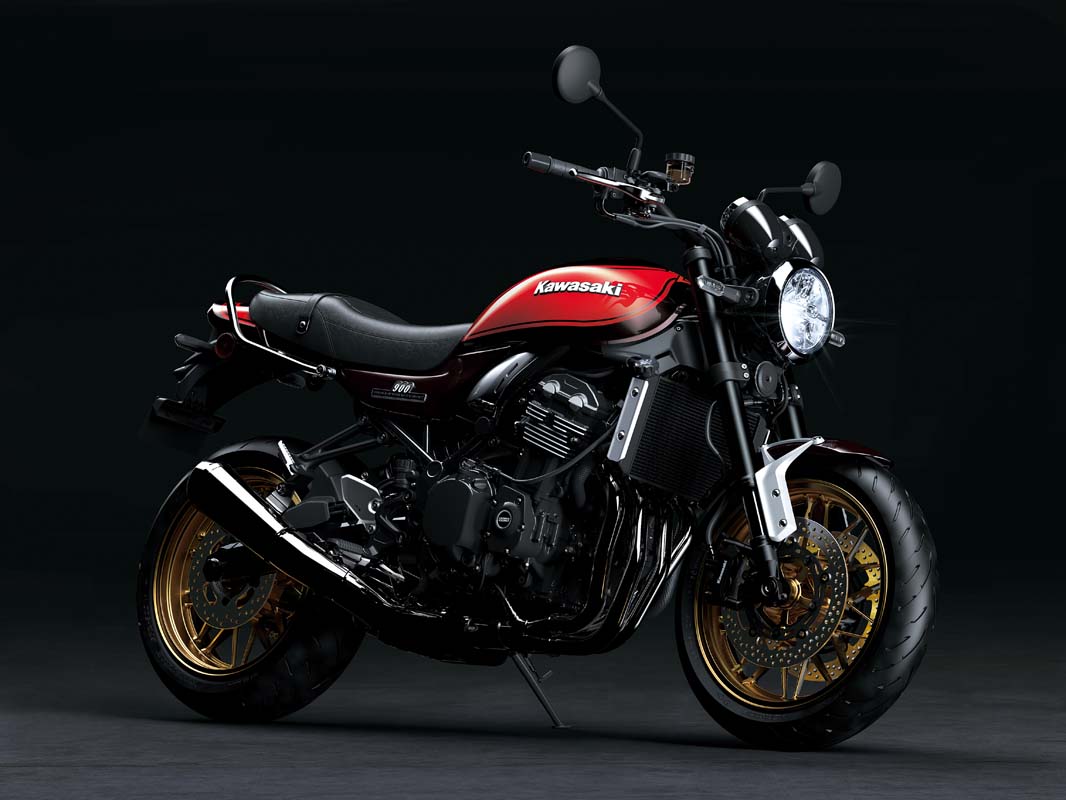 What defines the Z900RS 50th Anniversary are some consciously retro detail touches, starting with a modern take on the original ‘Jaffa’ colour scheme. When the Z1 was new back in 1972, Candy Brown and Orange was one of two colour options available, the other being Candy Green and Yellow.

For this modern take on the classic colour scheme, Kawasaki has slid the scale towards red on the orange sections, with the brown sections darkened up.

While Aussies have always referred to this brown/orange colour combo as ‘Jaffa’, after the famous confectionery, Kawasaki call it ‘Fireball’ and say the modern tribute has been applied using a special process to ensure a deep, glossy and textured finish.

Other cosmetic touches on the Z900RS 50th Anniversary include a gloss black frame and gold wheels that aren’t offered on the regular Z900RS.

Like the paint, the badging pays tribute to the original Z1, too, with ‘900 Double Overhead Camshaft’ on the sidecovers and ‘DOHC’ on the engine covers. The latter is exclusive to this model across all four 50th Anniversary editions.

Other detail touches include a special textured finish on the leather seat and a chrome rear grabrail as standard.

Beyond these very cool retro styling features, the Z900RS 50th Anniversary is unchanged from the standard Z900RS, which in turn is mechanically altered only slightly from the Z900.

The six-speed gearbox, with a slip/assist clutch, is a closer match, with the Z900RS getting all the electronic assistance goodies that the Z900 gets, too, like Full Power and Low Power modes, the latter of which reduces output by 45 per cent to manage low-traction conditions. Complementing this is the standard KTRC (Kawasaki Traction Control) that’s three-level adjustable.

These two functions are combined in selectable riding modes of ‘Sport,’ ‘Road’ and ‘Rain,’ while a fourth ‘Manual’ mode allows separate adjustment of power delivery and the KTRC.

Suspension consists of a 41mm tele fork front end that offers 120mm of travel, while the monoshock back-link rear has 140mm of travel. Manual preload and rebound adjustability features front and rear.

Despite the retro look of the Z900RS 50th Anniversary, the headlight and tail light are modern LEDs, while an LCD display (with gear position, fuel level, engine temp, odometer, tripmeters and clock) sits between analogue speedo and tacho gauges.

NOTE: Australian allocation of the Z900RS 50th Anniversary Edition had sold out at time of writing. 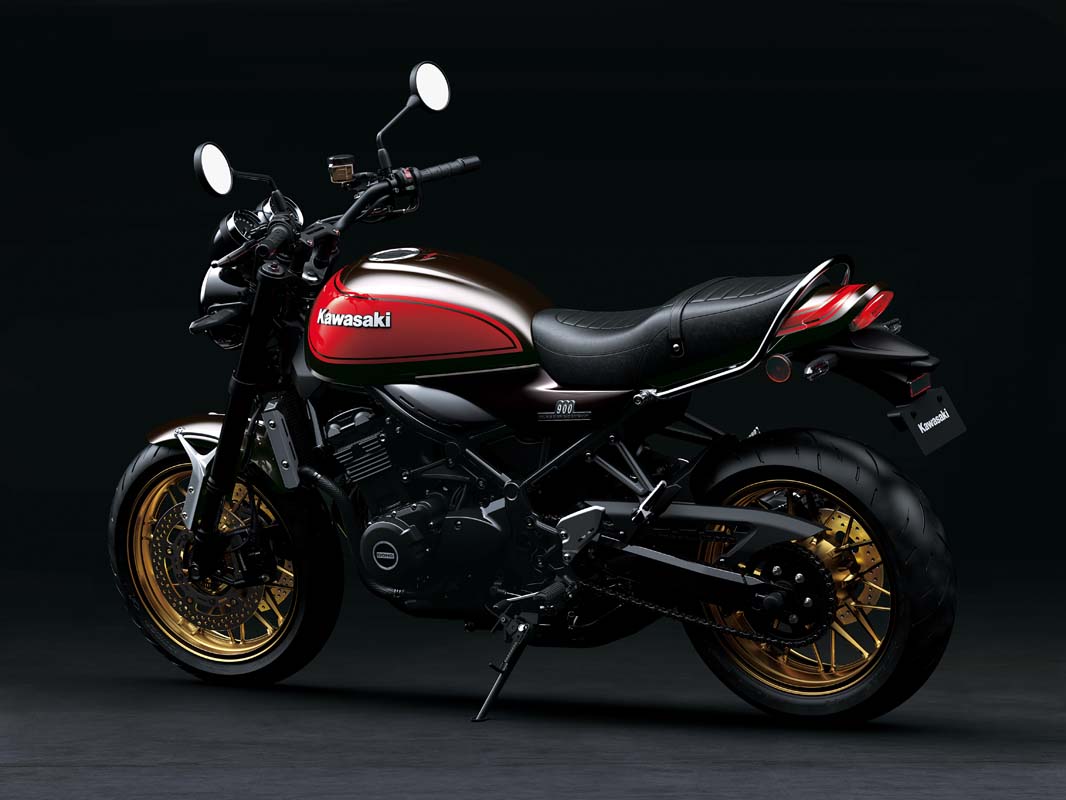