Marking 50 years since introduction of the Z1, this special edition of the latest Z900 gets retro-inspired paint, special decals and detailing. 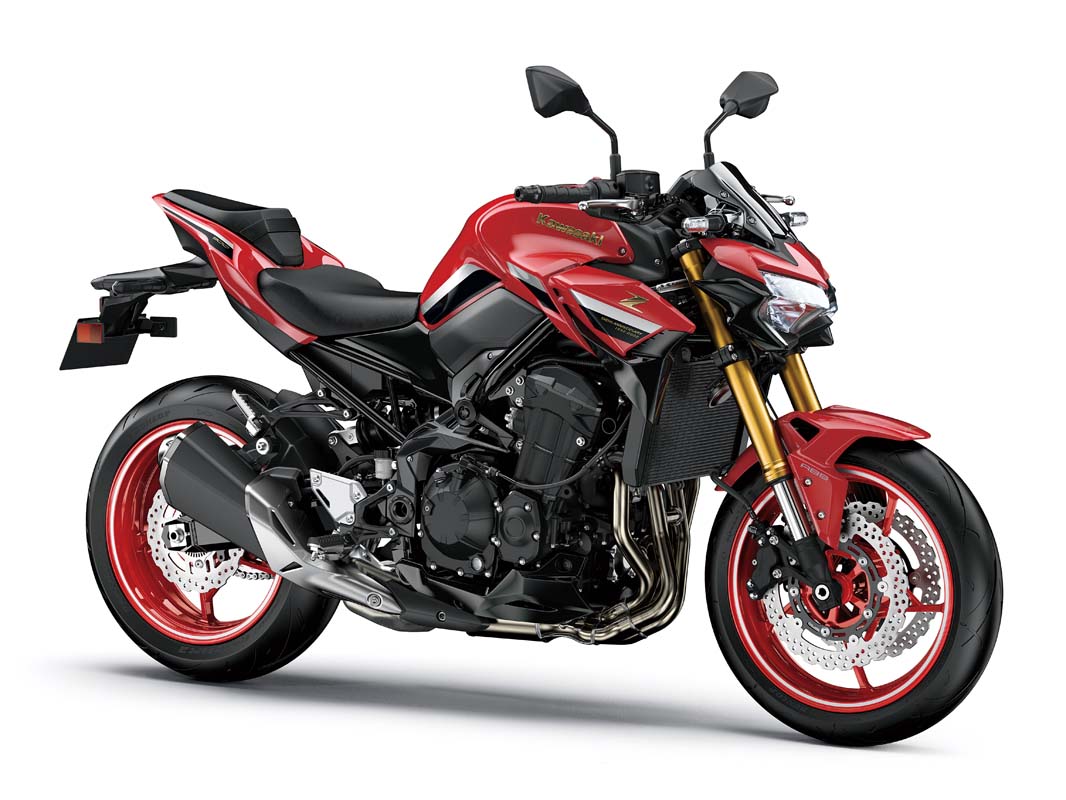 While it may seem non-traditional for a Kawasaki, this colour actually has some history with the brand, featuring on the 1981 GPz1100, a model that was the final evolution of the original, air-cooled Z1 from 1972.

As applied to the Z900’s modern ‘Sugomi’ styling, Firecracker Red features on the radiator shrouds, front mudguard, headlight, fuel tank and tail, accented with striping in dark blue and silver that mimics the black and silver stripes of the GPz1100.

The wheels get the Firecracker Red treatment, too, highlighted with slim silver pinstripes, while the frame is painted gloss black and the forks are finished in gold. It should be noted that neither of these latter two features are available on the standard Z900.

Kawasaki and Z badges in gold adorn the tank, with a ‘50th Anniversary 1972-2022’ decal on the radiator shrouds and subtle ‘Z 50th’ decal added to the front mudguard.

Finally, the two-piece leather saddle gets a textured finish that’s unavailable on the regular Z900.

These cosmetic features aside, the Z900 50th Anniversary is unchanged from the standard version.

Power comes from a 948cc inline four, producing 92.2kW at 9,500rpm and 98.6Nm at 7,700rpm. Matched to a six-speed gearbox, with slip/assist clutch, short gearing and chain final drive, this liquid-cooled, DOHC engine has what Kawasaki says is a distinctive intake sound and features adjustable power modes – Full Power and Low Power – with the latter reducing output by 45 per cent for wet and low-traction conditions.

These functions are combined in three selectable riding modes of Sport, Road and Rain, while a fourth Manual mode allows separate adjustment of the power delivery and KTRC.

ABS is standard and non-switchable, while Bluetooth connectivity and Kawasaki’s ‘Rideology The App’ allows data, like riding logs, bike info and general settings, to be viewed on your smartphone, with phone notifications on the TFT screen.

Away from the electronics, the suspension offers manual preload and rebound adjustability front and rear, with travel of 120mm on the 41mm tele fork front end and 140mm on the monoshock back-link rear end.

LED lighting all round is standard and instrumentation consists of a 4.3-inch TFT screen with two background options and automatic screen brightness adjustment.

Available in very limited numbers, with order books still open at time of writing, the 2022 Z900 50th Anniversary is priced from approximately $15,000 ride away. To confirm pricing and order, contact your Kawasaki dealer. 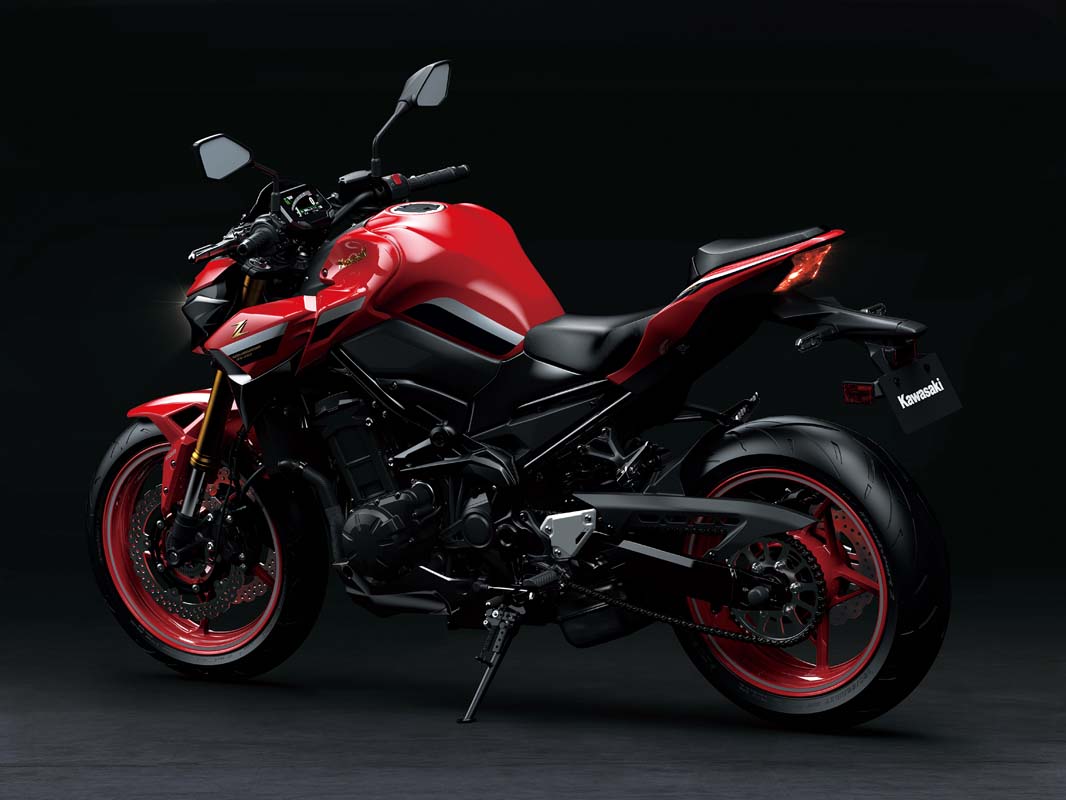