When Kawasaki set out to celebrate the 50th Anniversary of their iconic Z1 with a series of special-edition motorcycles, the Z650RS was an obvious candidate. For the ‘Z650RS 50th Anniversary,’ Kawasaki have added some cool styling touches that fans of the original Z1 will instantly recognise and appreciate. 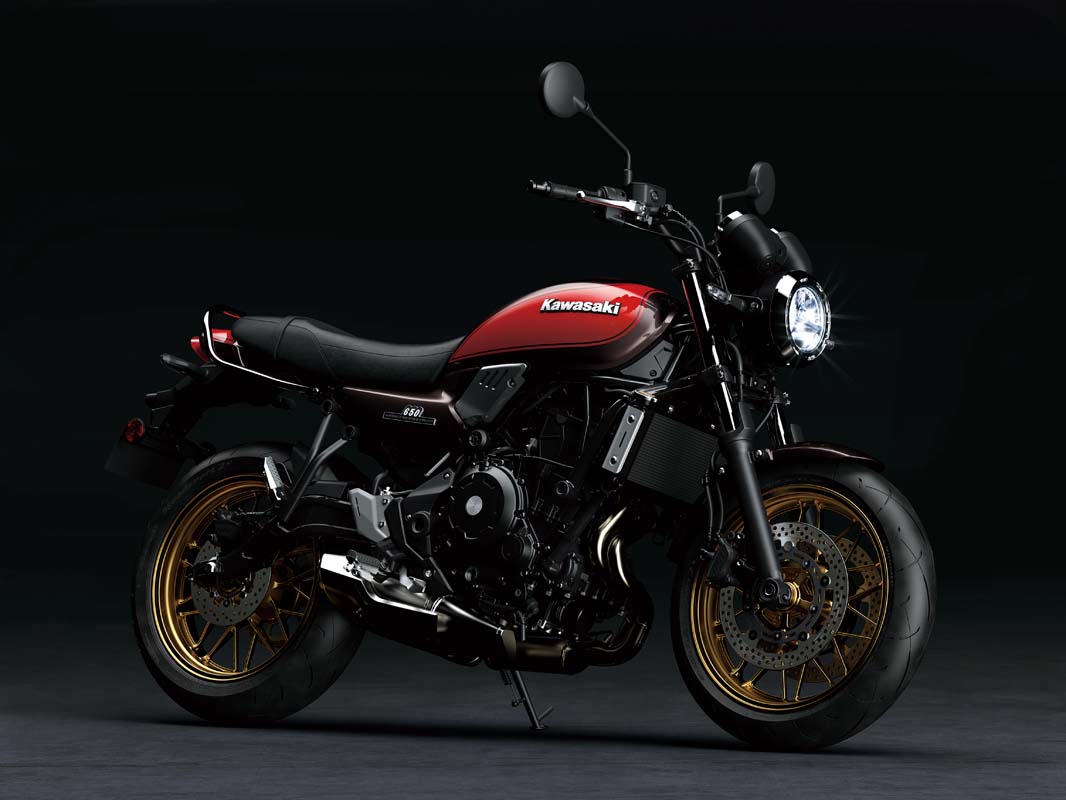 As one of Kawasaki’s two popular retro-inspired models, the Z650 has more freedom to up the retro ante in 50th Anniversary form, but it hasn’t gone over the top, adding a special paint scheme and a few subtle changes that die-hard fans of classic Zs and casual observers alike will appreciate.

The paint applied to the Z650 50th Anniversary is inspired by the Candy Brown and Orange of the original Z1 from 1972 that we know as ‘Jaffa,’ but Kawasaki refer to as ‘Fireball’.

Along with having a darker shade of brown and more of a red tint than orange, this modern take on the classic colour scheme also features a multi-layered painting process designed to give a deep, glossy finish. Kawasaki say this was specially developed especially for the retro 50th Anniversary models.

Applied to the tank, sidecovers, front mudguard and tail, the special paint is complemented with a gloss black finish on the frame and gold-coloured wheels, which Kawasaki say reflect the custom wheels available on early Z models.

Another deliberate nod to the past on the Z650RS 50th Anniversary can be seen on the sidecovers that feature ‘650 Double Overhead Camshaft’ emblems (in the style of the 900 DOHC badging on the original Z1) and a chrome pillion grabrail.

Other features include a textured finish on the leather seat and a small ‘Z50th’ decal on top of the fuel tank.

The six-speed gearbox and wet, multi-plate clutch with slip/assist function and chain final drive are also the same as the regular Z650/Z650RS.

The standard 41mm tele fork front and monoshock back-link rear suspension features adjustable pre-load at the rear and travel of 125mm up front and 130mm at the back.

The Z650RS 50th Anniversary has an 800mm seat height and wide, flat handlebar for relaxed riding ergonomics. Weight is 188kg and fuel capacity is 12 litres.

The 2022 Z650RS 50th Anniversary was still available at time of writing, but with very limited numbers allocated for Australia, it’s likely to sell out.

Pricing is approximately $13,500 ride away. See your Kawasaki dealer to confirm pricing and availability. 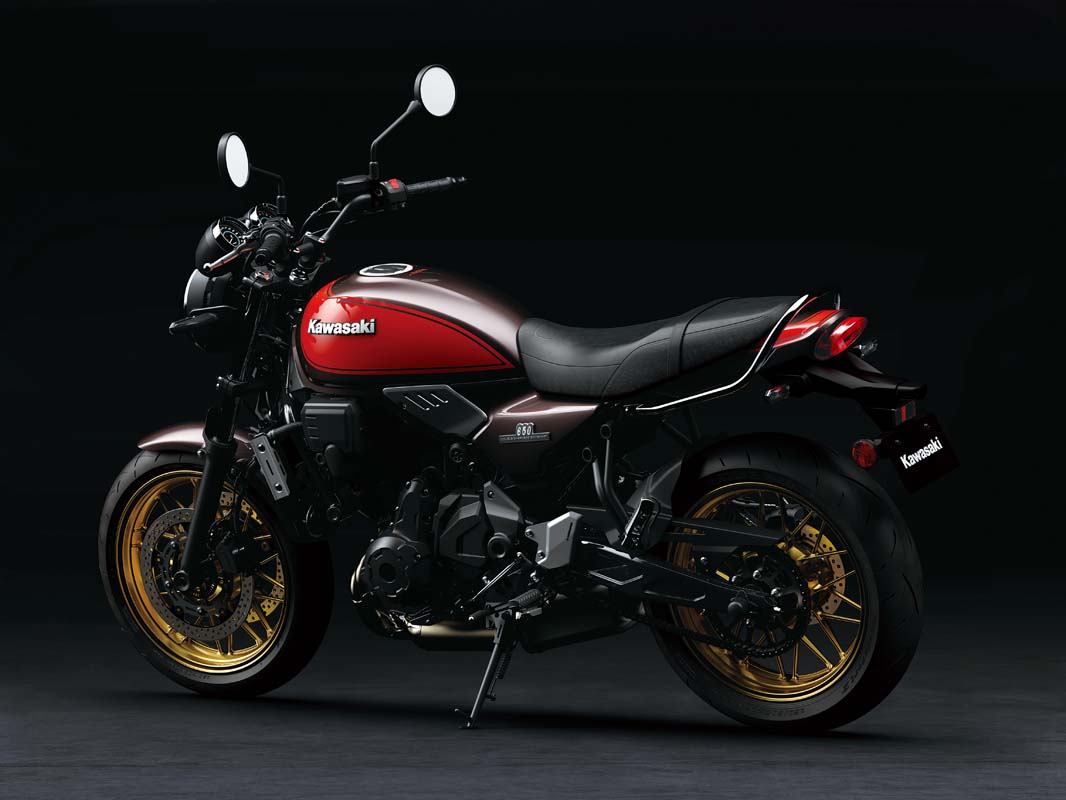