Ahead of its 100th Anniversary in 2022, the Indian Chief has been modernised – and simplified.

This year marks the 120th Anniversary for Indian Motorcycle, which is a big deal. In addition, 2021 marks 100 years since the debut of the Chief, one of Indian’s most important and historic models.

While released in 1921, the original Chief was a 1922 model, officially, but Indian are getting in on the Chief’s centenary a little early, having already released an all-new Chief range.

In the past few years, Indian Motorcycle’s parent company Polaris has been evolving Indian from a purely retro brand to take up some of the modern cruiser market previously catered for by the Victory brand that was axed in 2017. The Challenger bagger has been the best example of this, but the Roadmaster and Chieftain have been modernised, too.

Now, it’s the Chief’s turn to get the modernisation treatment ahead of its 100th Anniversary in 2022. 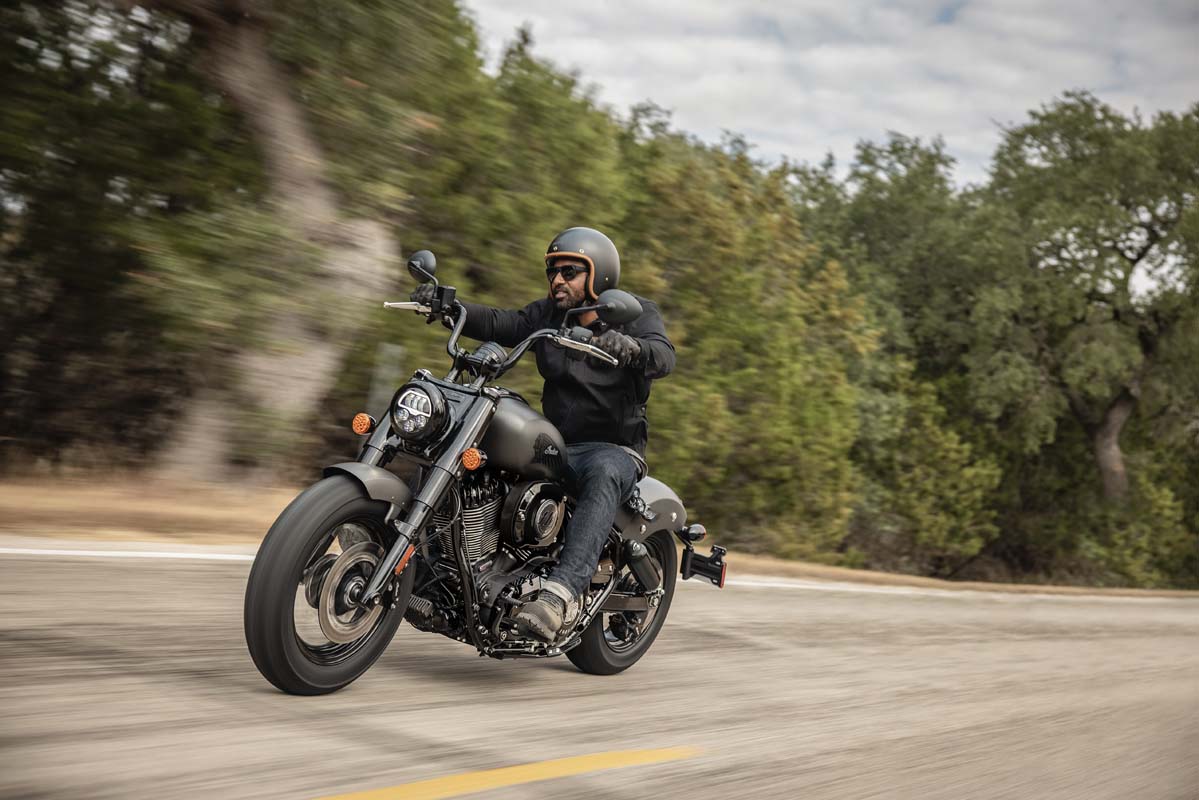 “The Indian Chief is a truly iconic motorcycle and what better way to celebrate its 100th birthday than unleashing an entirely new Indian Chief lineup,” said Mike Dougherty, Polaris's President of Motorcycles, in announcing the all-new Chief lineup back in February.

“These bikes capture the mechanical simplicity and attitude of classic American V-twins, yet bring it all forward with modern sophistication and features. We could not be more thrilled to bring this new platform into our lineup.” 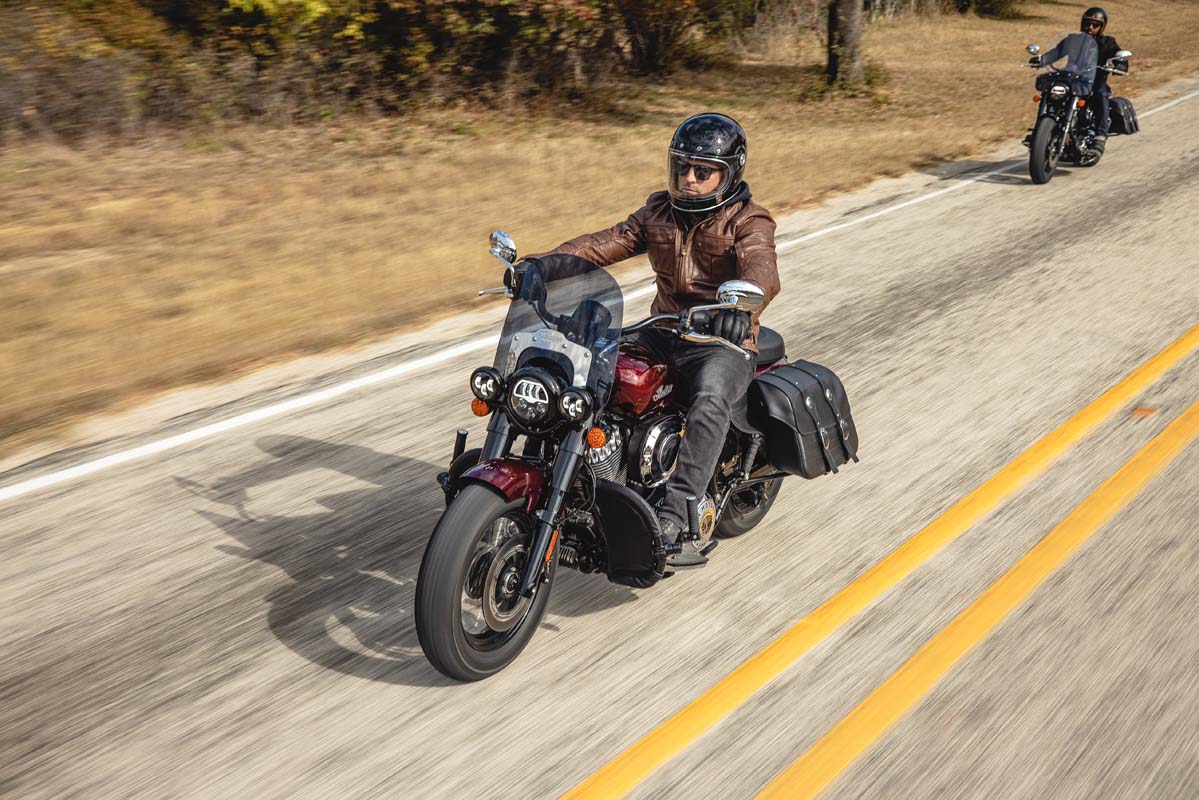 The three-model Chief lineup for 2022 consists of the Chief Dark Horse, Chief Bobber Dark Horse and Super Chief Limited. For now, these are being sold alongside the existing Chief Vintage and Chief Dark Horse in the Indian Motorcycle lineup, but don’t expect the “old” Chiefs to be available beyond this year. 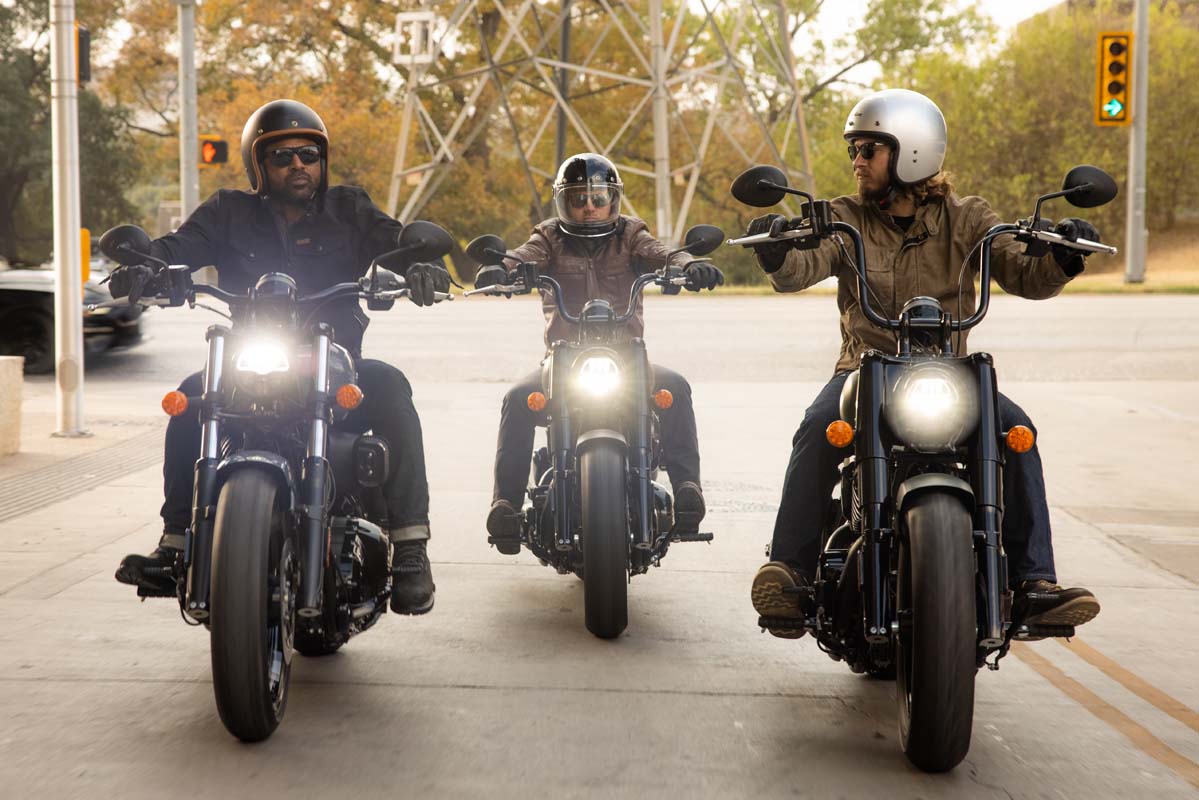 The all-new Chief family for 2022 are definitely modern machines in terms of engineering and tech features. Against Harley’s Softail family (the new Chiefs’ most obvious competitor), the Indians have the advantage in a few areas, notably the engine, as the Thunderstroke 111 in the old Chiefs has been replaced with the Thunderstroke 116 with rear cylinder deactivation technology.

In cubic inches alone, that engine trumps the Milwaukee-Eight 114 fitted to the majority of the 2021 Softail lineup.

The “simplicity” referenced in Dougherty’s statement on the new Chiefs concerns the shedding of extraneous chrome and garnish, along with a modernised (but arguably not modern) appearance for the tinware and trim. 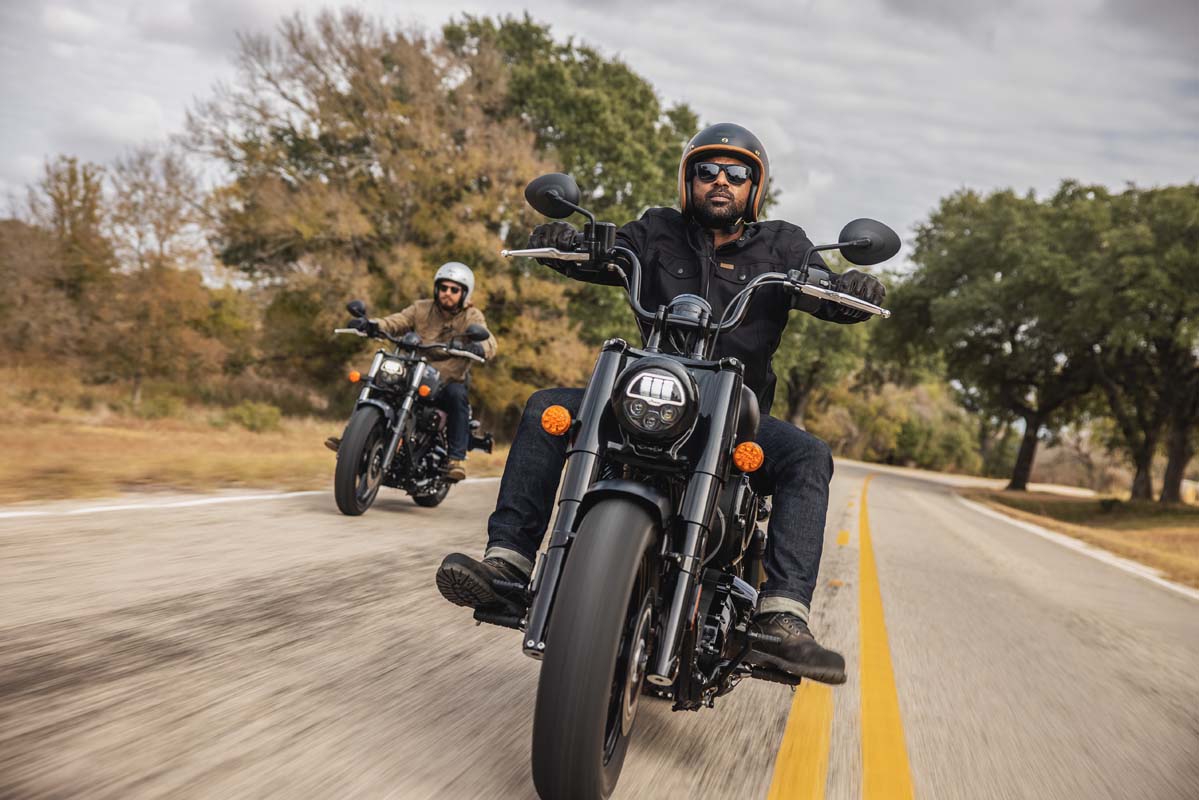 Each Chief features cruise control as standard, as well as a USB and 12V charge port, keyless ignition and three riding modes – Sport, Standard and Tour. 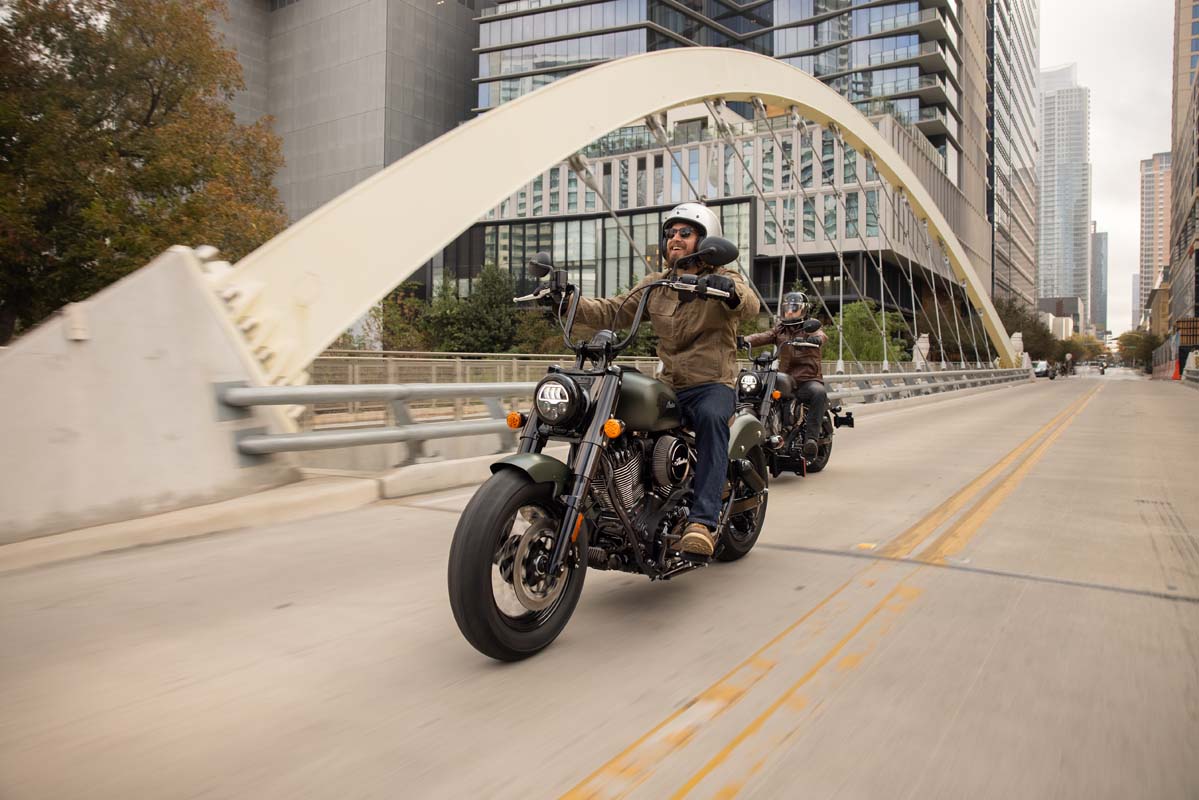 Handlebars vary across the three variants, as do standard features, which explains a ride away price range varying from $25,995 to $29,995.

With the new Chiefs sharing so much in terms of frame, engine and cycle parts, the use of specific colours and badging help give each new Chief its own identity, with at least one exclusive colour per variant. 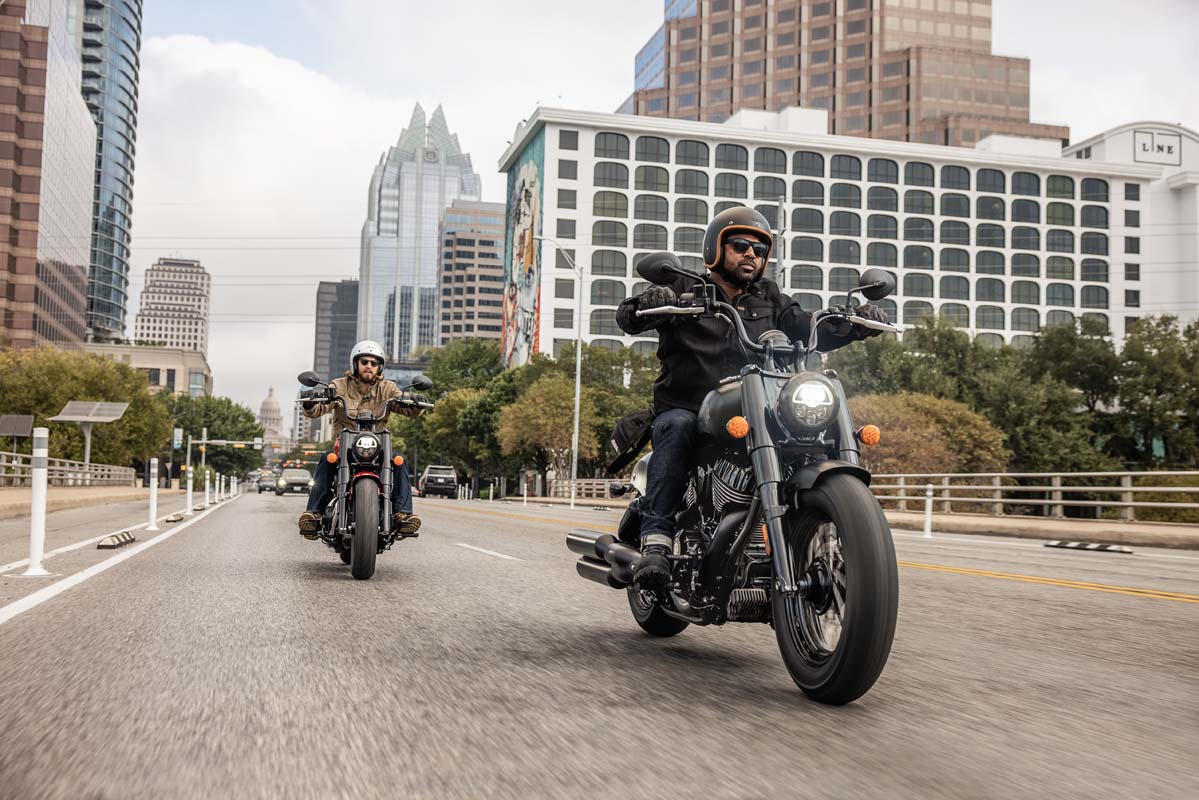 According to Indian, the styling and features on each new Chief will appeal to a different rider, with the Chief Dark Horse offering “power, minimalism and attitude,” the Chief Bobber Dark Horse paying “stylistic homage to muscular, classic post-war v-twins," while the Super Chief Limited “begs riders for a bolder escape” with its standard pillion pad, windshield and panniers.

“We wanted to capture a timeless look that never goes out of style, and looks beautiful whether naked or fully dressed,” said Ola Stenegard, Director, Industrial Design for Indian Motorcycle of the new Chief styling. “We also wanted to keep it simple enough to allow riders’ imaginations to take flight with personalisation options and possibilities. Ultimately, this is a bike that evokes emotion with simple mechanical styling and raw American muscle. It’s a pure riding machine.”

The modernisation of the Chief continues with the instrumentation, which moves from the tank to a handlebar-mounted pod.

Measuring 101mm (4 inches) in diameter, this pod includes Indian’s Ride Command system that can be operated through the switchgear or the pod’s IPS touchscreen.

Multiple interfaces include two different gauge configurations for bike and ride information, as well as turn-by-turn navigation. Via a wireless helmet communicator, riders can also control their music within Ride Command once their smartphone is paired via Bluetooth or USB.

Phone information, including recent calls, contacts, number pad and text message history, can also be accessed via the IPS touchscreen. When connected, incoming calls can be accepted or declined directly through Ride Command, too. 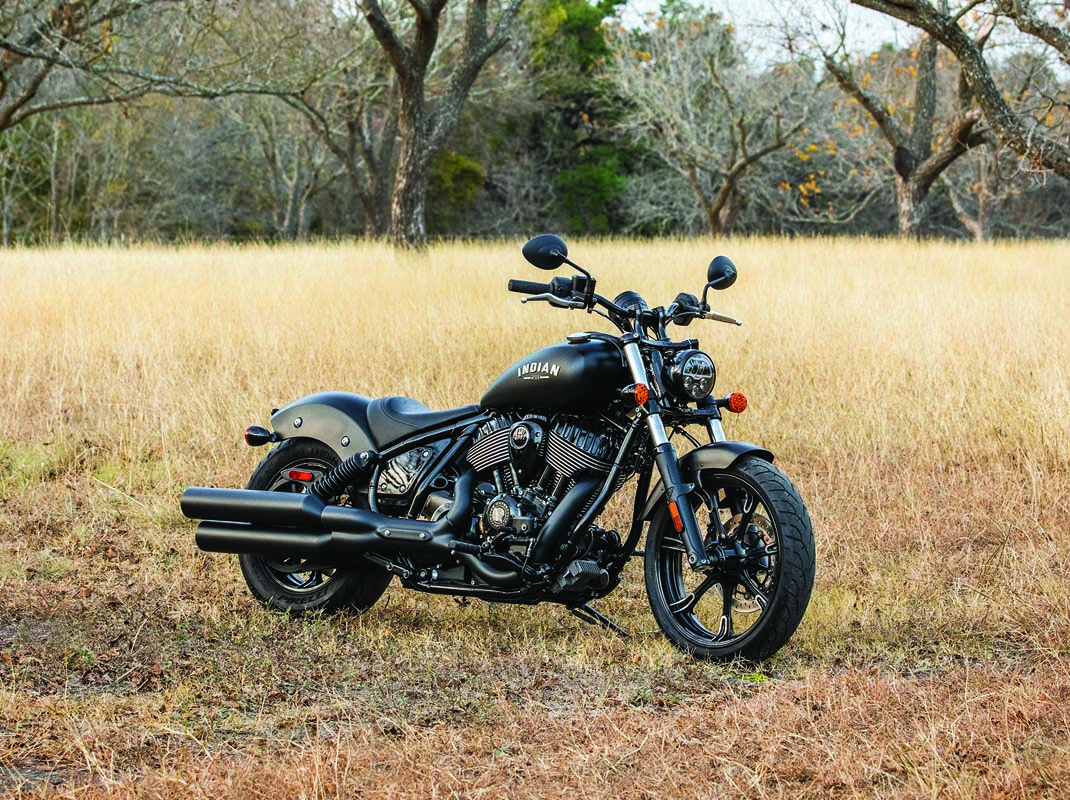 Defined by its drag bars and blackout engine treatment, the new Dark Horse is the starter model in the 2022 Chief range. 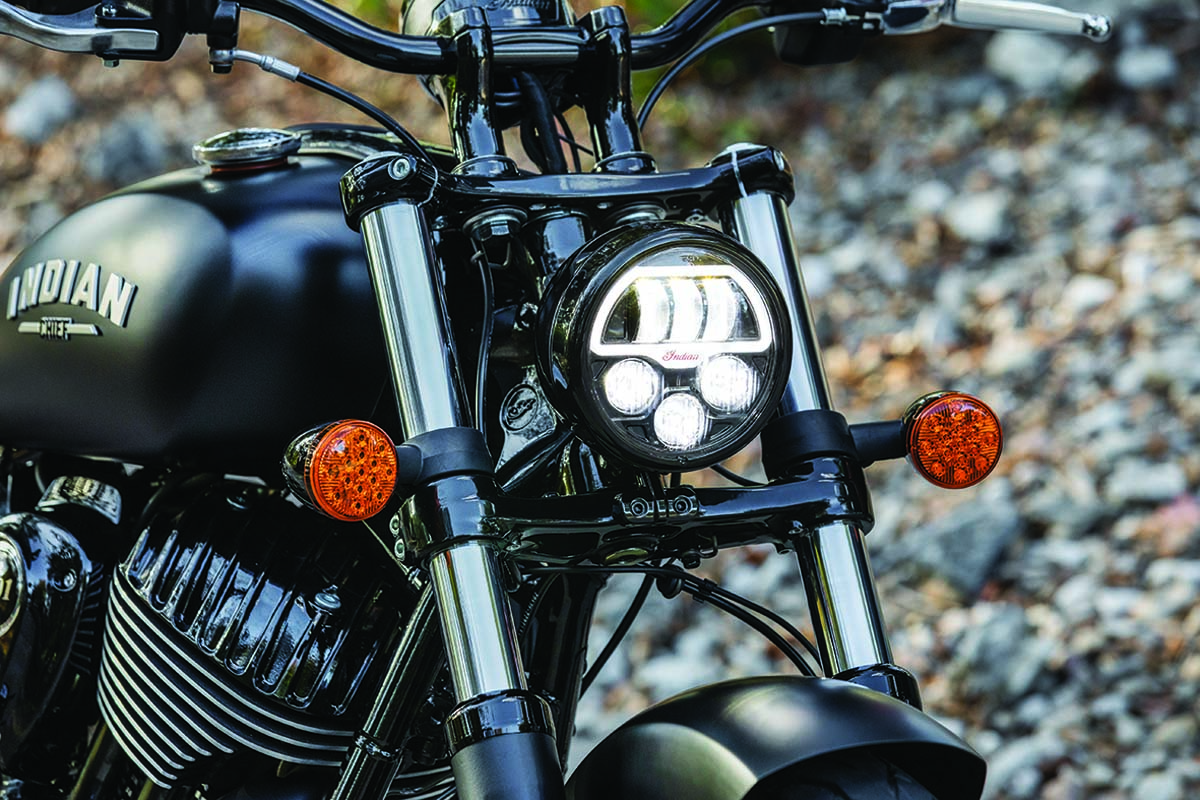 Mid-mount pegs, a solo seat and black headlight shell are all standard, with the 15.1-litre fuel tank carrying a Scout-style Indian decal.

Like all new Chiefs, a range of accessories are available on the Dark Horse, so riders can personalise their bike to suit their own taste.

Broadly similar to the Chief Dark Horse, the Chief Bobber Dark Horse swaps the drag bars for mini ape hangers and adds blackout shrouds to the suspension as its main visual point of difference.

Forward pegs and a classic Indian tank graphic are other defining features, while the solo seat and black headlight shell carry over from the Chief Dark Horse. 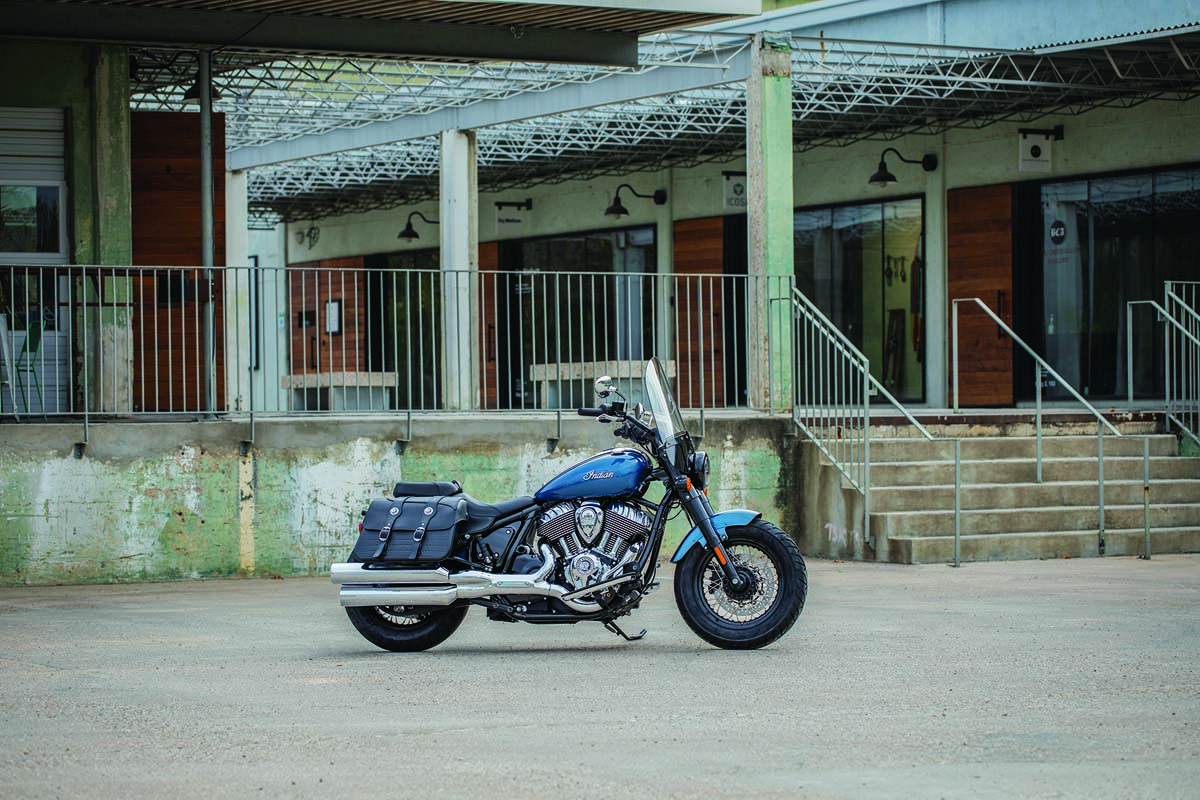 The touring model within the new Chief range, the Super Chief Limited adds leather panniers and a quick-release windshield, as well as wide handlebars, a plusher touring saddle, footboards and pillion pad, so it’s ready to eat up highway miles right out of the crate.

Of course, strip all these parts off and you’ve got yourself a stylish roadster. 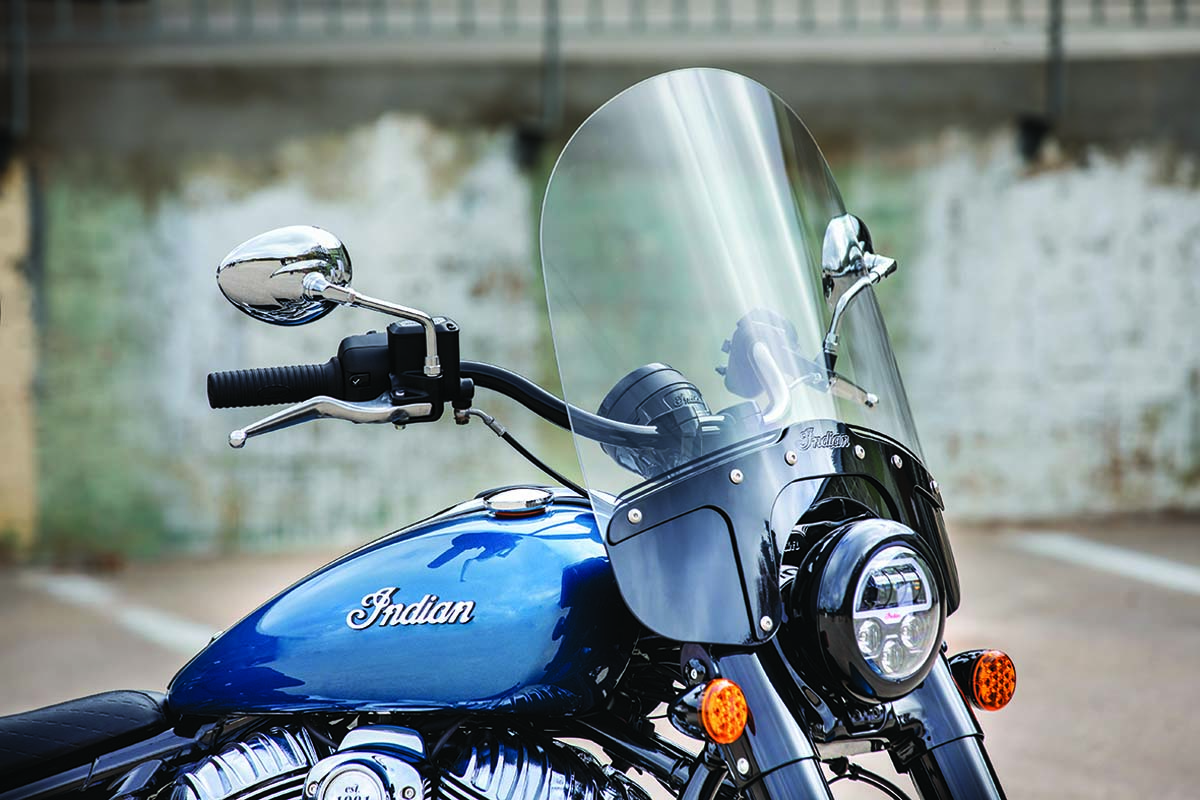 Aside from its touring-ready features, the other point of difference on this model is the all-chrome engine and exhaust treatment, with chrome extending to the mirrors and classic Indian script tank badge, while the fork shrouds and headlight nacelle remain in black.

Roll out of the 2022 Indian Chief started early – real early, actually, with the first units reaching Australian dealerships in April. The full 2022 Chief range is now in Indian dealerships Australia-wide.

See your Indian dealer for more details, or go to: indianmotorcycle.com.au