BMW Motorrad have produced a special M 1000 RR to mark 50 years of their motorsport division.

BMW’s ‘M’ Motorsport division has been around for a long time – 50 years in fact. And while that history has only been directly connected to BMW’s motorcycling endeavours for a brief period, the 50th Anniversary is still being celebrated in two-wheel form this year with the release of a special edition motorcycle – the M 1000 RR 50 Years M edition. 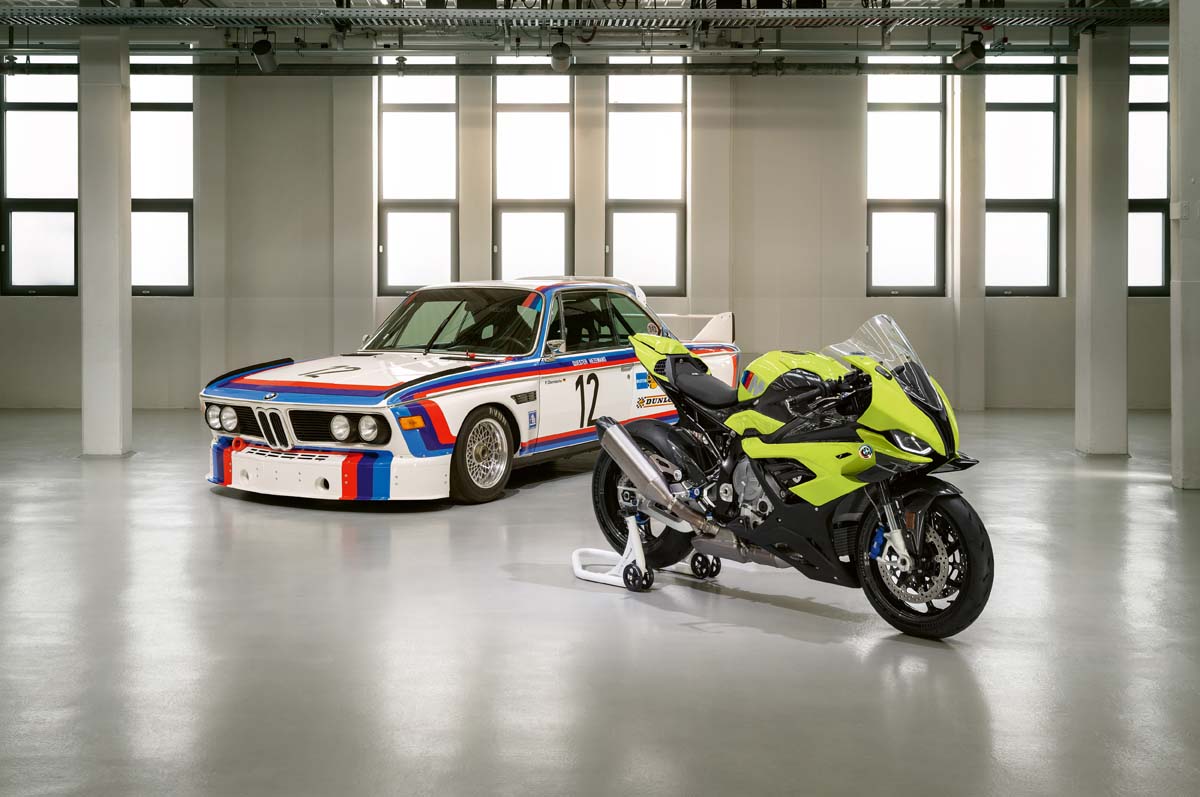 Finished in an exclusive colour and equipped with the M Competition package of trackday parts as standard, the M 1000 RR 50 Years M will essentially be a built to order motorcycle. It’s not a numbered limited edition, but it will only be offered for a limited time. 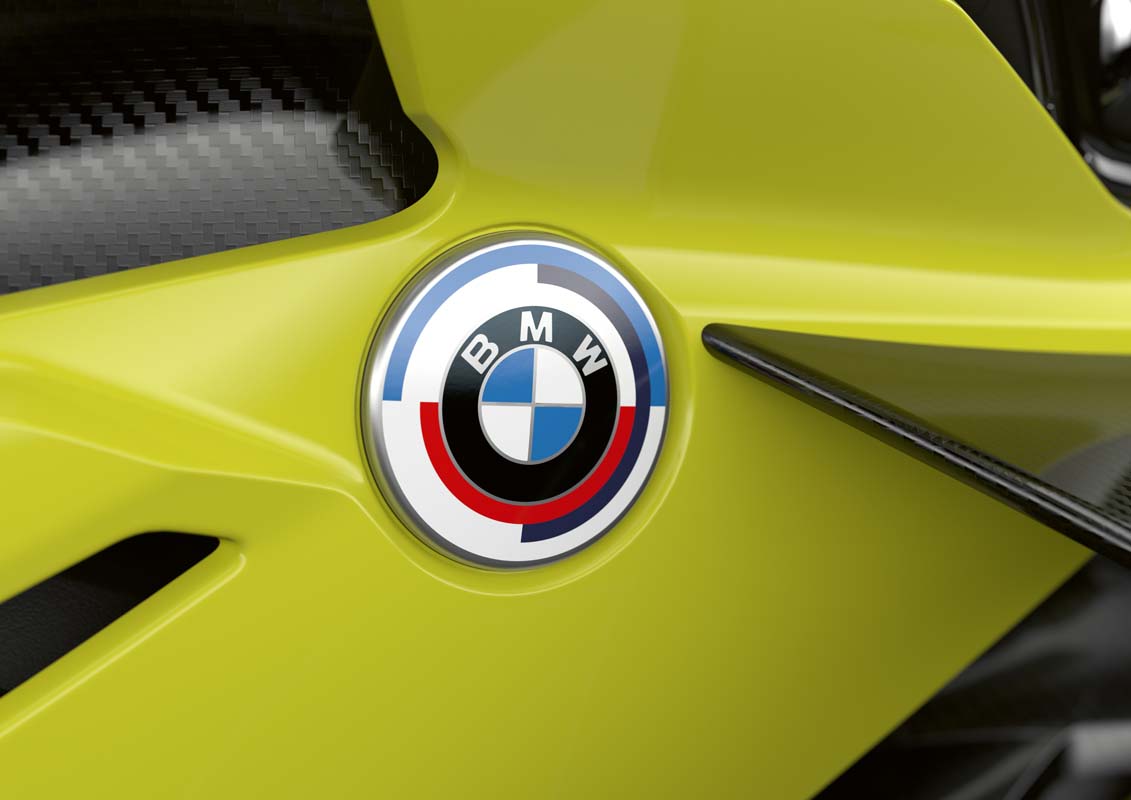 BMW Motorsport GmbH (known as BMW M GmbH since 1993) was founded in 1972 to unite BMW’s various factory competition programmes, including race cars and the development of racing engines, under the one banner. Robert A. Lutz, member of the Board of Management of BMW AG for Sales in 1972, stated at the time: “A company is like a human being. If it does sports, it stays fit, enthusiastic, more effective and powerful.” 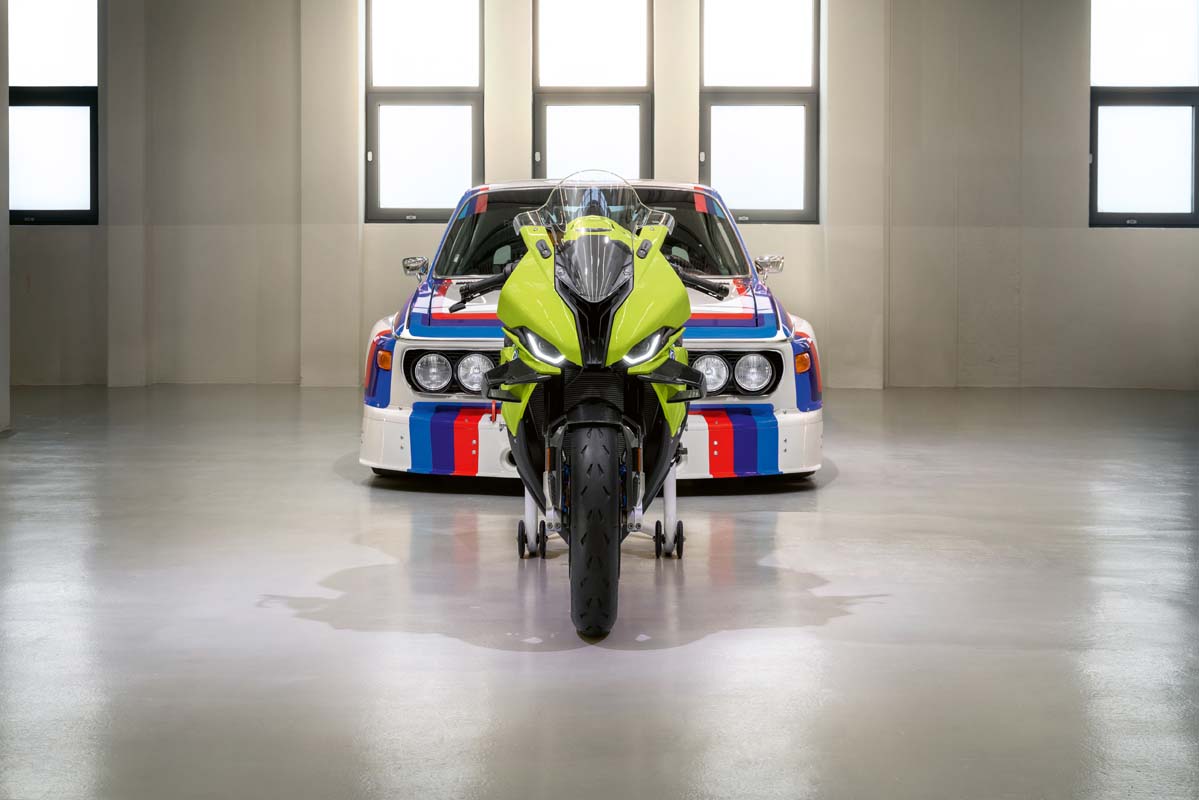 M was confined to BMW’s automotive operations initially, and the first product of the new division was the 3.0 CSL (Coupe Sport Leicht = Lightweight Sport Coupe) that debuted in the European Touring Car Championship in 1973. With their own two-car factory team and numerous factory-supported teams (including Alpina and Schnitzer) running the new 3.0 CSL, BMW won all bar two of the eight rounds that made up the ’73 ETCC to easily take the Division 2 Manufacturers’ title, while BMW factory driver Toine Hezemans claimed the drivers’ championship. 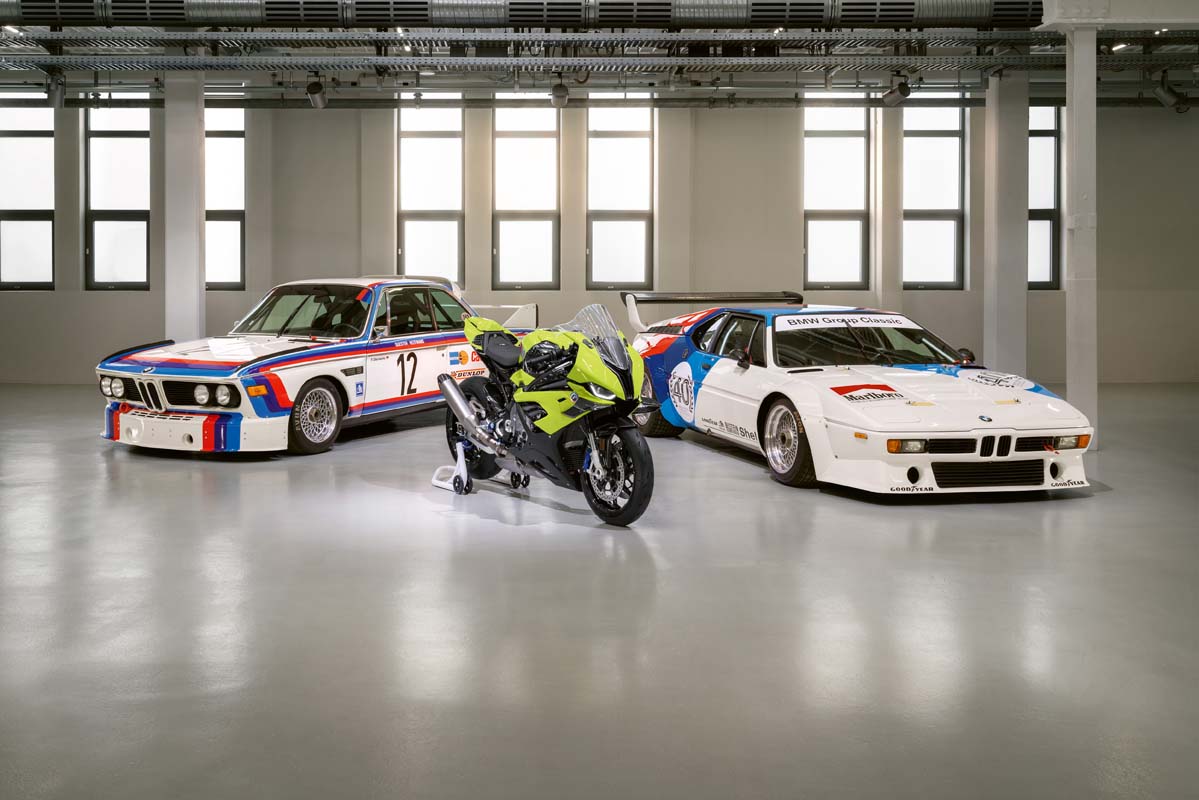 The factory cars were decked out in white, accented with striping in red, blue and violet. The violet was later changed for dark blue, but the three-colour theme for BMW Motorsport remains, applied to factory racers and the the badging on all M-tuned road cars.

M-badged road cars debuted in 1978. The ‘M1’ was the first, but this was more of a race car with rego plates. The M535i that followed a year later was more suitable for daily use and set a pattern that would be followed by the M5 and M3 performance models in the mid-1980s, then many others thereafter. M models remain the premium variants offered by BMW to this day. 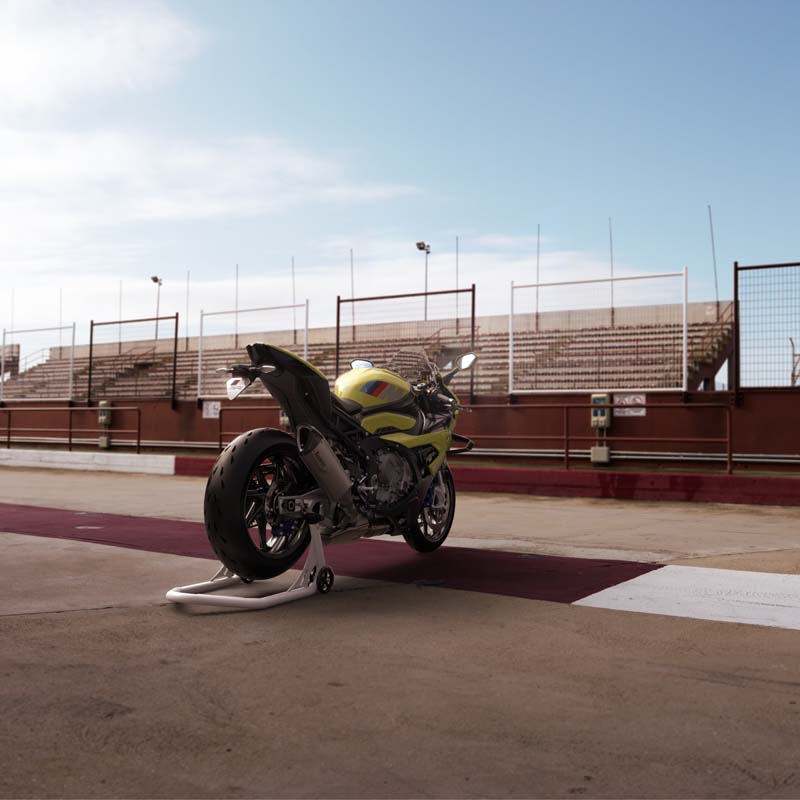 As most would know, BMW were building motorcycles before they started making cars, starting in 1923 with the R 32. Those motorcycles were soon being raced, on road courses and at hillclimbs at a national level before going international. A Gold Medal for Rudolph Schleicher at the 1926 International Six Days Trial (forerunner of the ISDE) in England was an early success abroad.

BMW were present at the Isle of Man TT, too, and in the last running of the event before World War II, Georg Meier won the Senior TT on a ‘500 Kompressor’ supercharged 493cc boxer twin that averaged 135mph (217km/h) over the Mountain Course. 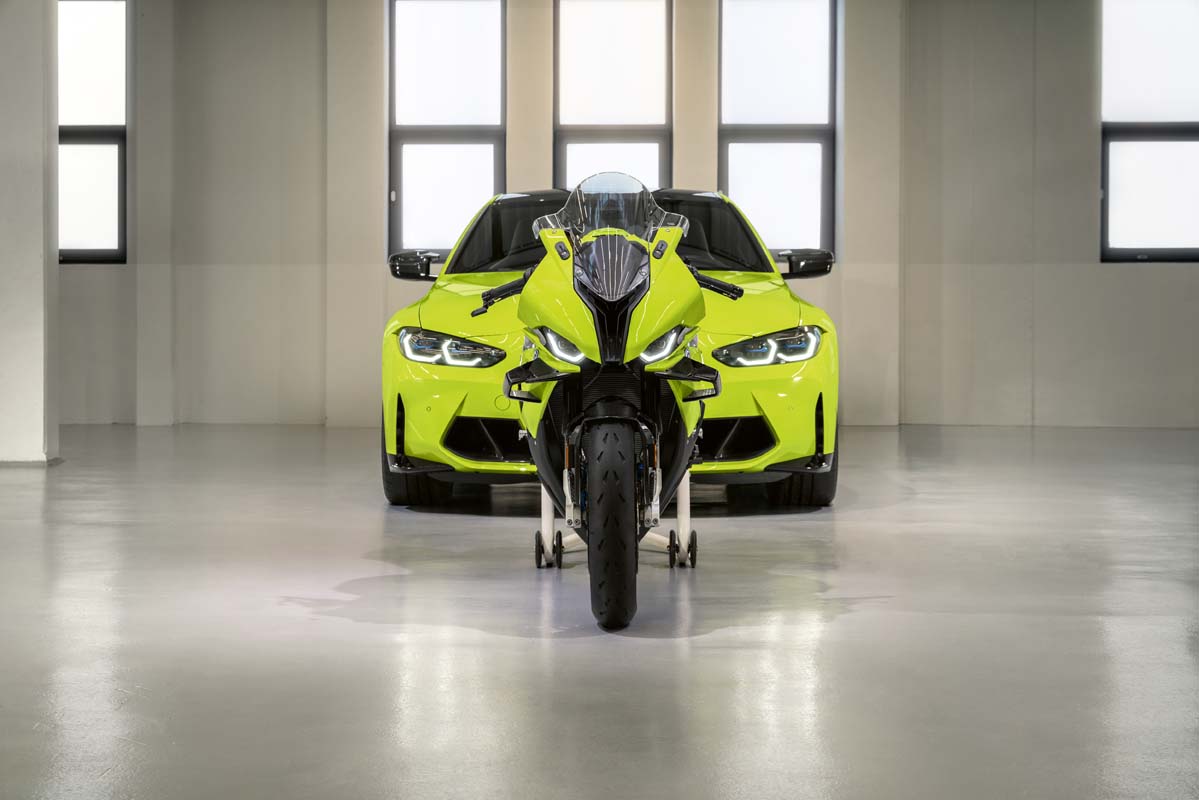 After World War II, BMW’s return to racing was gradual, and while superchargers were now banned, the factory ‘Rensport’ (Racing) 500 boxer twins were still fast enough to be competitive in certain categories, including sidecar racing, where they won virtually every world championship between 1955 and 1974. But in solo grand prix racing in the 1950s, BMW were no match for new machines being produced by the likes of Norton, MV Agusta and AJS. 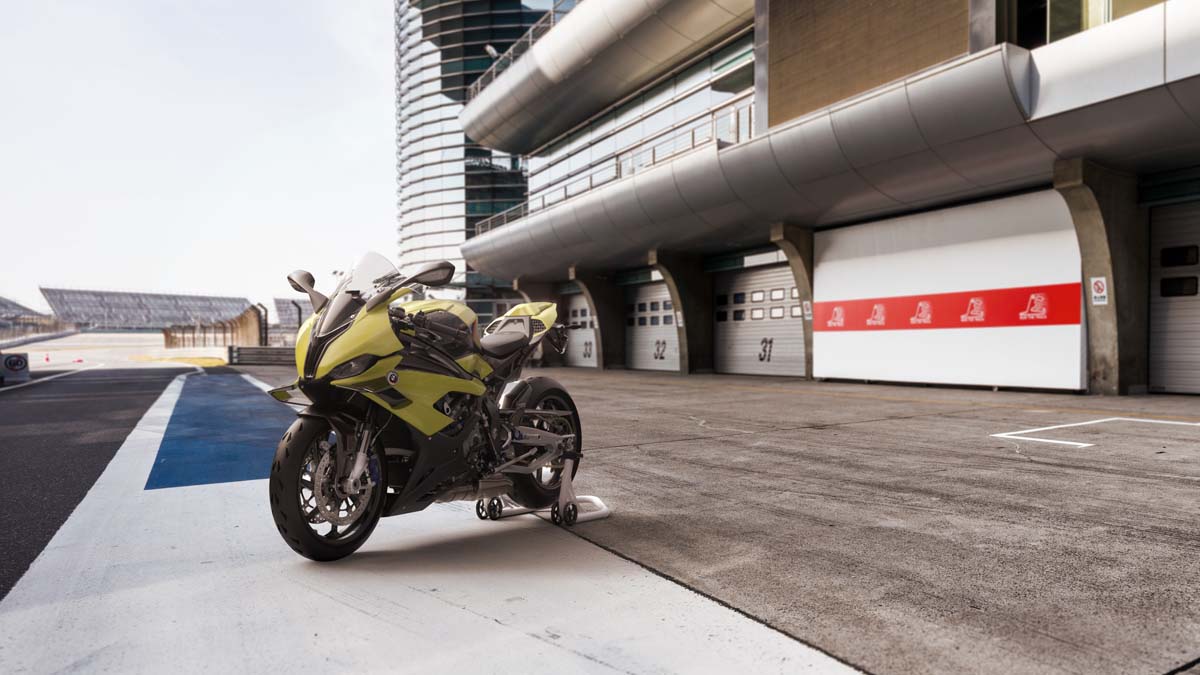 In 1972, BMW returned to the Isle of Man TT with the R 90S. Remarkably, Helmut Dähne rode his home-tuned bike from Germany to the Island, finished fourth in the Production 750cc class, then rode home again. Repeating this result in the Production class a year later, Dähne would make the podium in 1974, then had to retire when leading the 1975 Production TT. Victory – of sorts - finally came to Dähne in 1976 when he partnered Hans Otto Butenuth to set the fastest time in a 10-lap Production class race at that year’s TT, but handicapping meant the pair were classified fifth overall.

Along with the R 90 S, the R 75 and R 100 S would make a mark in national level endurance racing events in the ’70s, including victory here in Australia at the 1977 Castrol 6 Hour, while in the US, BMW won the very first American Superbike championship with the R 90 S in 1976.

Amongst their more recent motorsport activities, BMW have remained active in endurance racing (including the TT) and their own Boxer Cup one-make series, to name a few. In 2009, an assault on the World Superbike Championship with the S 1000 RR petered out after five years, but BMW returned as a full factory team in 2019 with the all-new M 1000 RR – the first BMW motorcycle to carry the famous ‘M’ badge and the foundation for this year’s M 1000 RR 50 Years M edition.

Cosmetics aside, the M 1000 RR 50 Years M is unchanged from the M 1000 RR it’s based on, but does come with the M Competition package fitted as standard. This includes a range of M milled and M carbon fibre parts to reduce weight, a lighter swingarm, anodised aluminium rocker cover, the ‘Passenger package’ that includes a pillion seat cover, M endurance chain, alarm system and an unlock code for the M GPS lap trigger. 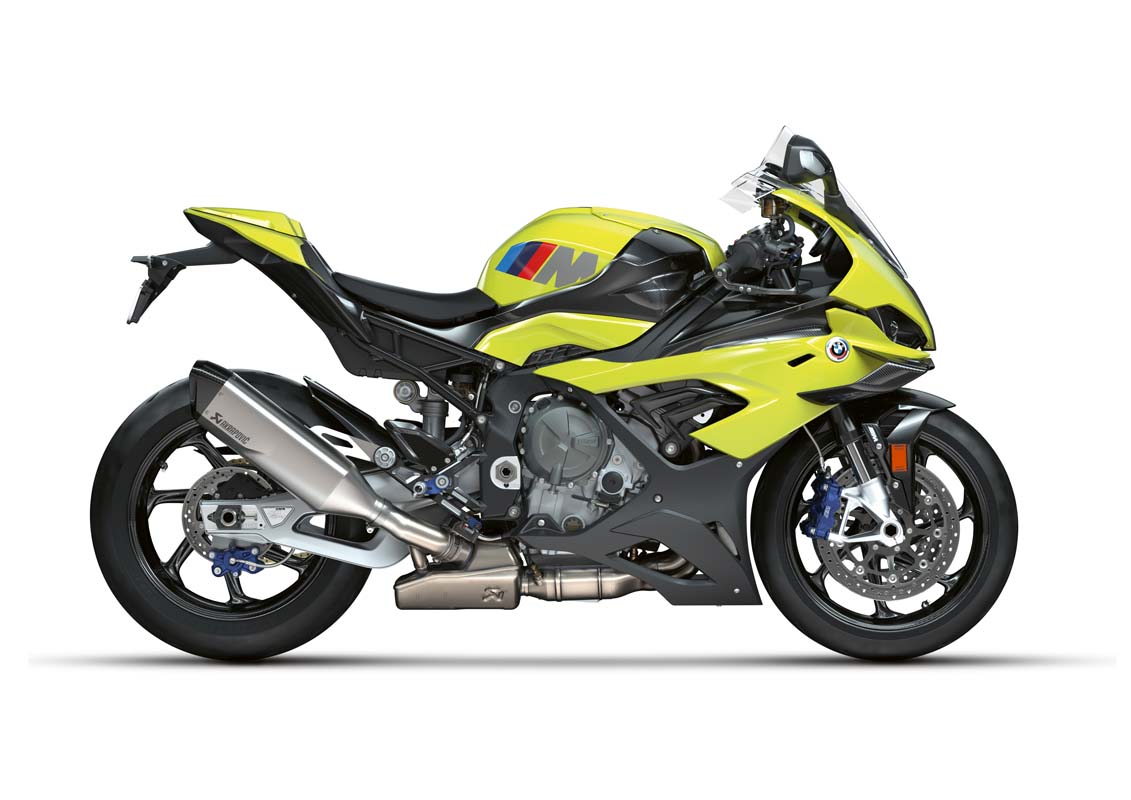 That speed is reined in by an M Brake package that includes 320mm dual front discs with four-piston fixed calipers and a 220mm rear disc with two-piston caliper. Race ABS Pro is standard, with four-way adjustability as part of a Dynamic Brake Control system. 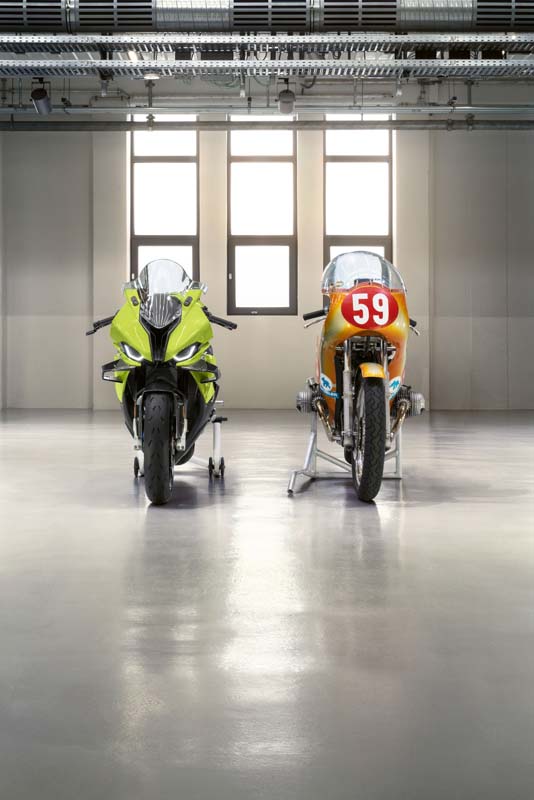 Of course, the M 1000 RR 50 Years M gets all the tech features of the regular M 1000 RR, too, like cruise control, BMW’s Shift Assist Pro quickshifter, seven selectable riding modes, LED lighting all round, heated grips and a 6.5-inch TFT instrument display.

Options include the M Cover Kit, Sport race stand and related mounts, as well as a workshop carpet for the full race garage treatment.

See your BMW Motorrad dealer to order and for more details.