Moto Guzzi are celebrating their 100th Anniversary with a special edition V85 TT.

The V85 TT is the latest addition to the Moto Guzzi range, and while it may be a hot new thing that’s looking to the future, there’s still the opportunity to take a look back. Moto Guzzi are doing exactly that with the creation a special edition of the adventure tourer to mark their centenary this year. 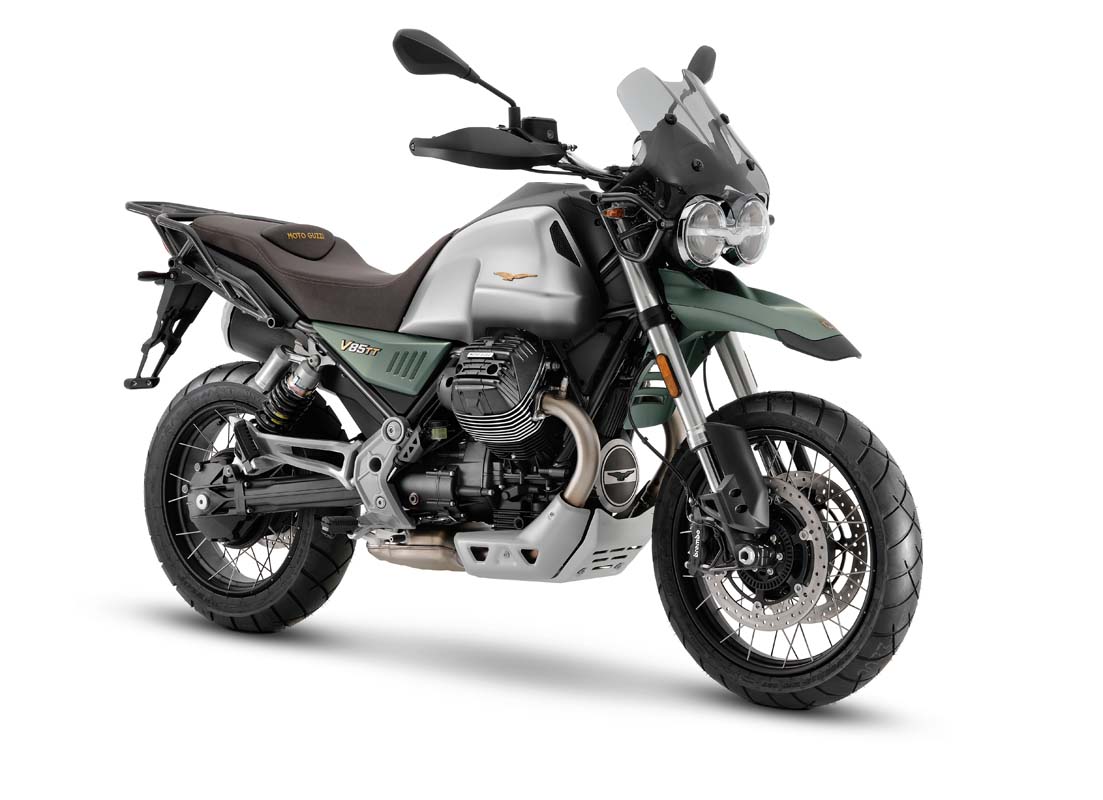 Along with special, limited-edition ‘Centenario’ versions of the V7 and related V9, a limited-edition version of the V85 TT will be released this May, too. All three are finished in colours inspired by iconic models from Moto Guzzi’s history.

Short Intro to a Long History

What we know today as Moto Guzzi was officially created on 15 March, 1921, when the "Società Anonima Moto Guzzi" was established with the goal of "manufacturing and sales of motorcycles and any other activity pertinent or connected to the metal mechanical industry".

The founders were Carlo Guzzi, Emanuele Vittorio Parodi and his son Giorgio. The younger Parodi and Guzzi met when serving in the Italian Air Corps in World War I, Giorgio as a pilot and Carlo as a mechanic. Along with a fellow air corps pilot named Giovanni Ravelli, the trio of young enthusiasts would cover all aspects of the business. Guzzi would be the engineer, Parodi the financier and Ravelli the test rider and racer.

Development of a prototype started in 1919, but Ravelli was killed in a flying accident before it was completed. Giorgio and Carlo pressed on, honouring their friend by using the Italian Air Corps’ eagle motif as the company logo.

That prototype, a 500cc horizontal single, initially bore the name ‘G.P.’ for Guzzi-Parodi, but Giorgio Parodi rejected that as he feared it would be confused with his own initials. Thus, Moto Guzzi was born 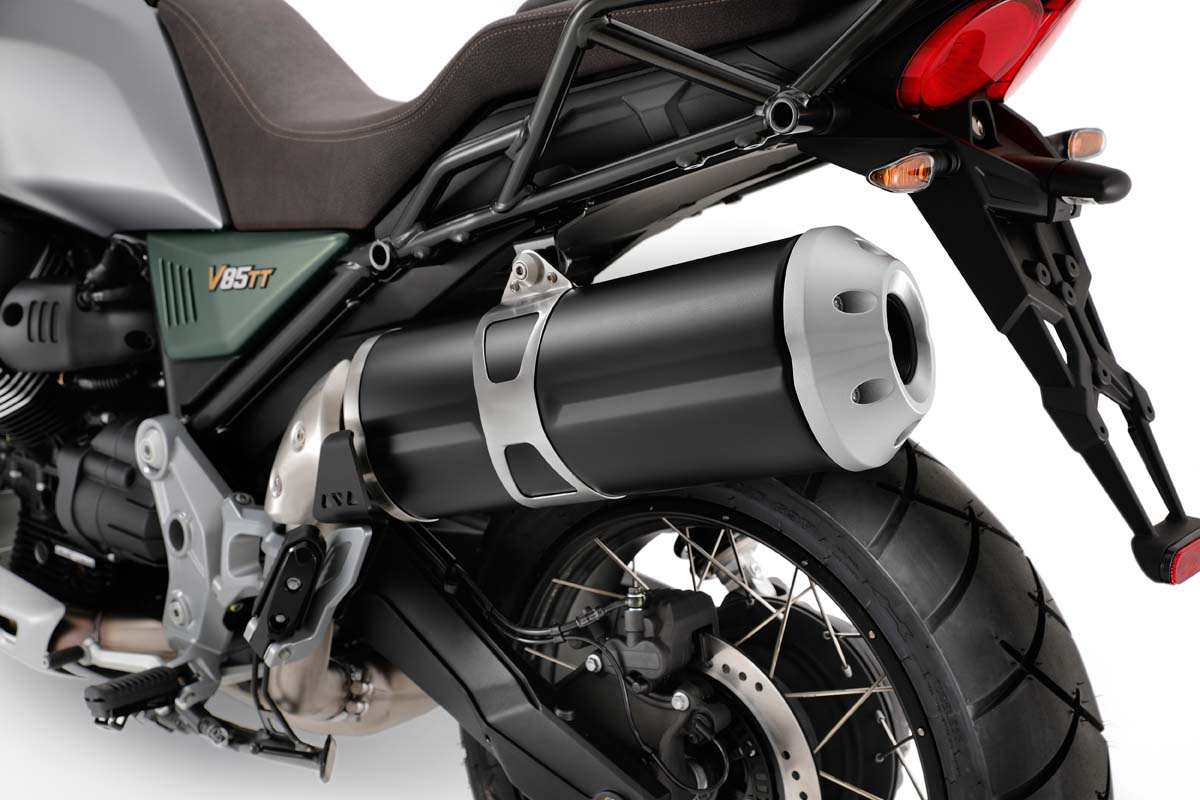 Following that prototype, the ‘Normale’ was the first production model from Società Anonima Moto Guzzi, released in 1921. Only 17 motorcycles were built in that foundation year, but hundreds of thousands have followed in the 99 years since, including over 200,000 units of the Cardellino, Moto Guzzi’s equivalent of the BSA Bantam.

While Moto Guzzi are best known today for their roadsters, tourers and sports bikes, there is some heritage in adventure touring before the V85 TT, with models like the V65 TT, NTX and Quota in the back catalogue, even though these were arguably closer to enduros in spec and intent. 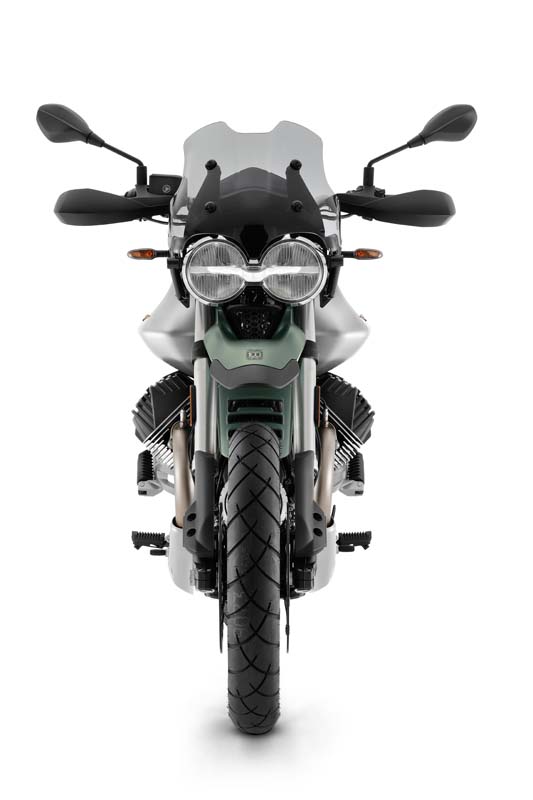 Fitted with a dustbin fairing (popular in 500cc competition until it was banned in 1957) painted a distinctive green, the V8 also featured a black frame, but being an engineering project first and foremost, the fuel tank was left in bare metal and the saddle in natural leather. It’s this combination of finishes that have inspired the colours on the Centenario models.

The product of Moto Guzzi’s in-house styling centre, the 2021 limited-edition V85 TT Centenario features satin metallic silver paint on the fuel tank that echoes the V8’s bare metal look, with a distinctive satin green metallic finish applied to the side covers and front mudguard. Completing the homage is leather seat trim with a distressed look and contrast stitching.

A golden version of the Guzzi eagle tank badge (usually silver) is a touch that’s unique to the Centenario, as is a centennial decal on the front mudguard.

In all other respects, the V85 TT Centenario is unchanged from the regular V85 TT it’s based on (NOTE: the TT, not the TT Travel). That means an 853cc transverse v-twin engine - that has had some tweaks for 2021 to improve low- and mid-range torque delivery - a dry clutch, six-speed transmission and shaft drive.

There are new, lighter spoked rims for 2021 that allow tubeless tyres to be fitted, along with two new rider modes – Sport and Custom – on top of the existing three modes.

Everything else is carryover, including ABS, traction control, cruise control, 41mm USD fork, monoshock rear, Brembo brakes, a TFT instrument panel and the option of the MIA multimedia system that links the bike to your smartphone.

The 2021 Moto Guzzi V85 TT Centenario is due for release sometime around April/May. Only small numbers are expected to be allocated for Australia, so customers are advised to get in touch with their Moto Guzzi dealership to pre-order.

The limited-edition will attract a price premium, too, and while pricing is unconfirmed at time of writing, expect something around the $20,000 mark. See your Moto Guzzi dealer for more details.