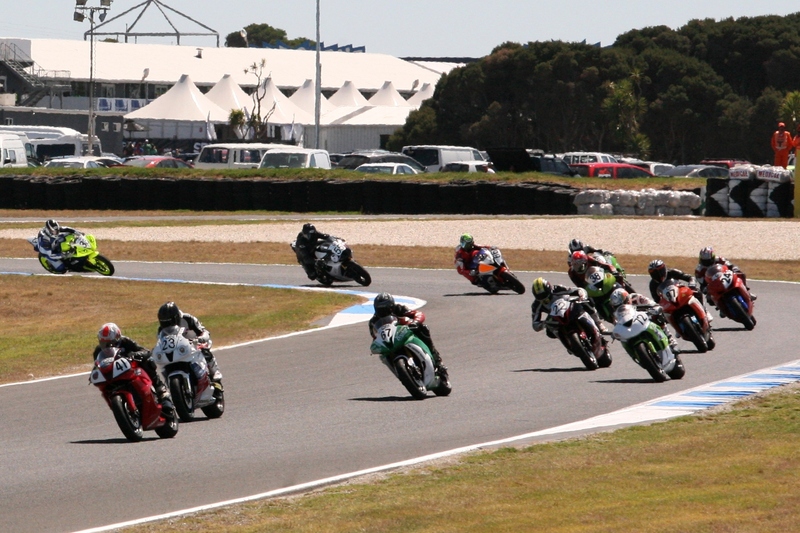 The following is a release from Motorcycling Australia on the incident
On Saturday, February 25, young Queenslander Oscar McIntyre died following an accident in the opening laps of the Australian Supersport/Superstock 600 support race at the Phillip Island World Superbike round.

The following is a release from Motorcycling Australia on the incident.

Motorcycling Australia and PI SBK Pty Ltd can confirm that Queenslander Oscar McIntyre has died following an incident during the opening round of the 2012 Superstock 600cc Championship race at the Phillip Island Grand Prix circuit this afternoon.

McIntyre, 17, was immediately tended to by medical personnel after the incident, but his injuries proved to be fatal.
The crash, which also involved two other riders, occurred on lap two of the scheduled 12-lap race at approximately 2.00pm AEDT. It occurred between turns two and three.

The other riders involved were Luke Burgess and Michael Lockhart. Burgess has now been released from the circuit's medical center and Lockhart remains under observation with non life-threatening injuries.
An investigation is currently underway and MA will release any further information as it comes to hand via the MA website (www.ma.org.au).

Motorcycling Australia and PI SBK Pty Ltd offer their sincerest condolences to the McIntyre family and those affected within the motorcycle community.

JUST BIKES joins MA, PI SBK P/L and others in sending our condolences to the McIntyre family, friends and those connected with the Gross Racing Team Oscar was racing for at the event.