In Italy, the public première took place at the Motodays show at the Fiera di Roma, while in Germany the Motorräder Dortmund show at the Messe Westfalenhallen in Dortmund, was the other premiere venue.

Both events ran from March 6-9, and follow the Diavel's preview in Geneva on March 3, where the bike was unveiled during Volkswagen Group Night on the eve of the 84th International Motor Show in Geneva.

With high demand forecast for the Bologna-built sport cruiser, deliveries to Ducati stores around the world are scheduled to start from April 2014 onwards.

Motorräder Dortmund is the largest motorcycle spring trade fair in Germany, with around 100,000 visitors. Ducati's stand at the German event took up a whopping 350 square metres, presenting the complete 2014 range in addition to the Ducati Apparel collection.

Available in standard and 'carbon' versions, the Ducati Diavel features the latest 162hp version of the Testastretta 11 Dual Spark engine, a new exhaust system and latest technological elements such as the new full-LED headlight.

Both the Ducati Diavel standard and Diavel Carbon will start to arrive in Ducati stores around the world from April 2014 onwards. Australia's initial allocation is expected in late May, early June. 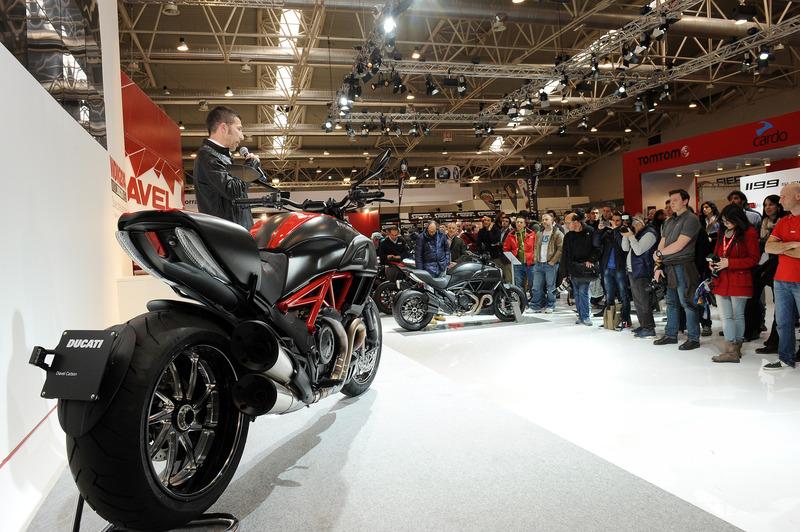 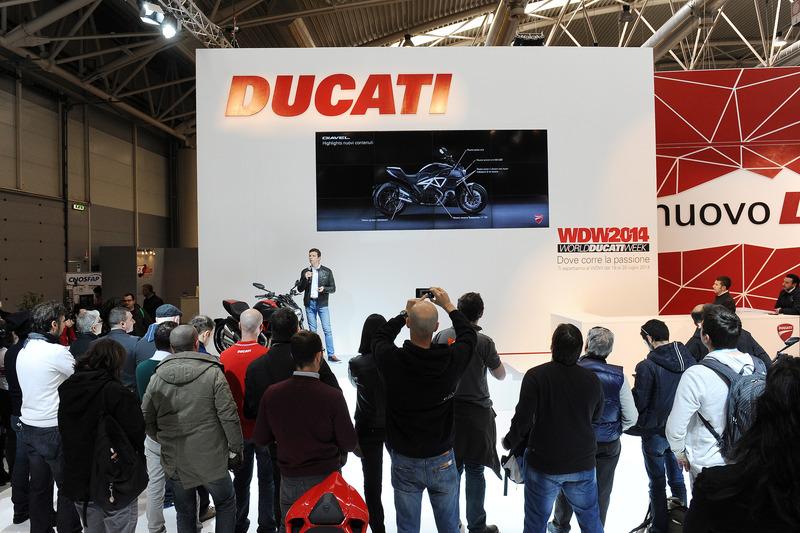 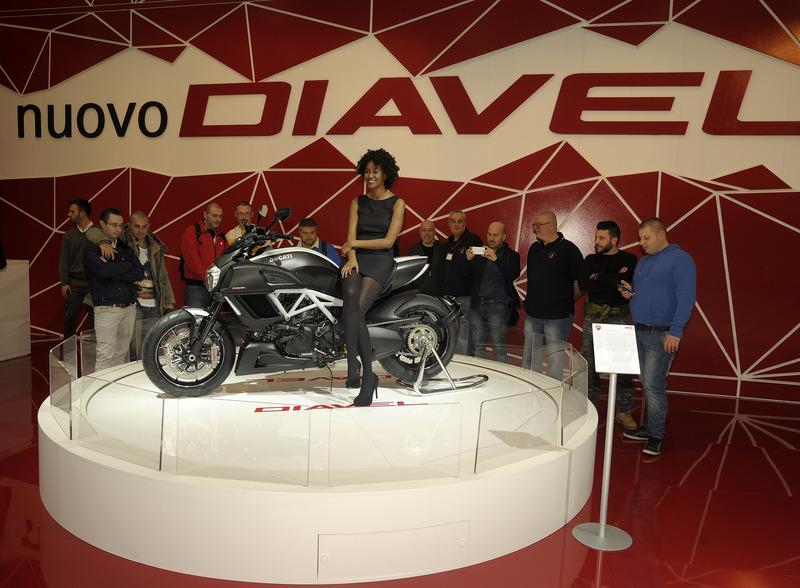 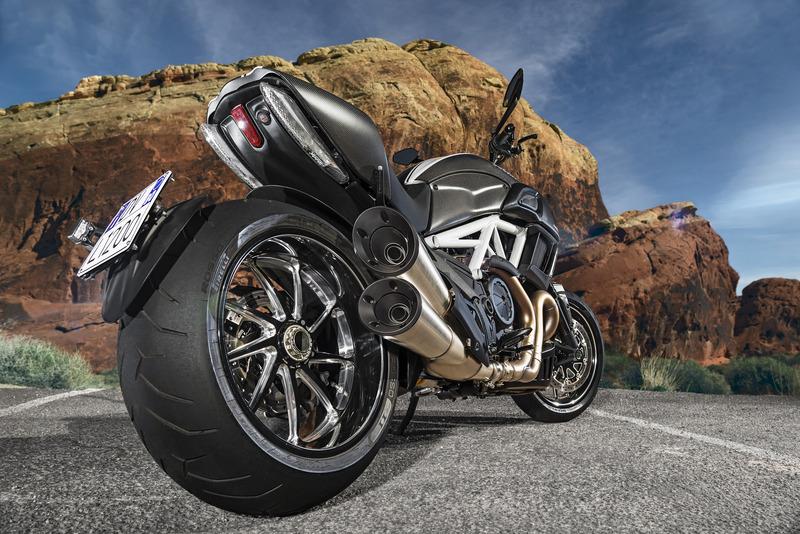