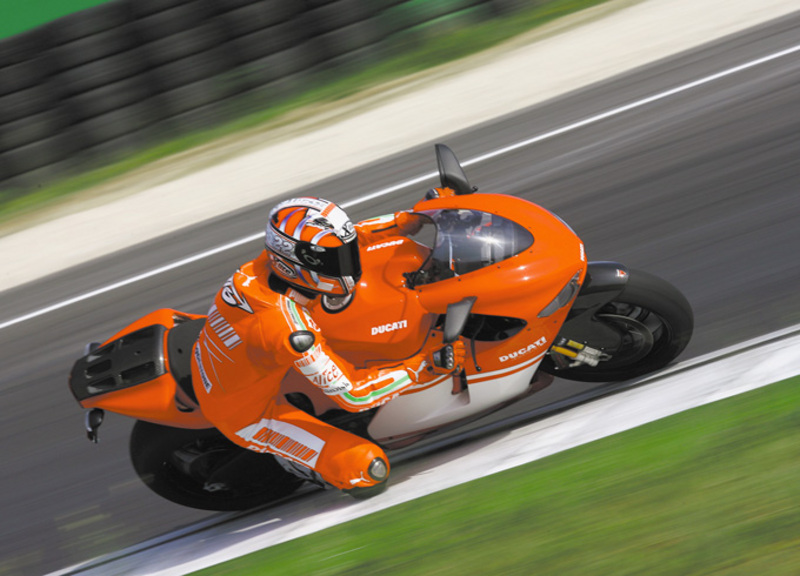 The story so far....
Ducati launched the Desmosedici RR production prototype during the 2006 Italian Grand Prix at Mugello. The dream of a real GP replica has finally come true as the Desmosedici RR will be the first ever road going motorcycle to offer the stunning performance and technology taken directly from MotoGP. The RR is derived from the Ducati Corse Grand Prix racing Desmosedici GP6, the same bike which Loris Capirossi and Sete Gibernau used to compete in the 2006 MotoGP World Championship.

Finally - the RR in action
In front of thousands of Ducati fans the pre-series version of the complex L-four cylinder MotoGP replica took to the circuit for a 15 minute session to demonstrate its incredible 200hp performance and to signify the progress of the project as it approaches production. Over 170 people from 19 countries who have already placed orders for the Desmosedici RR travelled to WDW2007 to witness the public track debut of the bike that was first announced at the same event back in 2004.

Ducati Motor Holding CEO, Gabriele Del Torchio, who took time to meet some of the expectant owners, announced: "The Desmosedici RR demonstrates Ducati's world-beating design and technological innovation and I am extremely proud to have witnessed its first public appearance in action. This is a dream motorcycle that is destined to become an icon, endorsed by the fact that so many of the world's top sportsmen and celebrities alike have placed orders to own one. The excitement behind this project is incredible and WDW2007 has been a great opportunity to celebrate its progress."

As the world's first true MotoGP replica, the Ducati Desmosedici RR has an impressive specification, at the heart of which beats the record breaking 989cc L-four Desmodromic engine in twin-pulse configuration. Technical features taken directly from the racing GP6 include the sand-cast aluminium crankcases and magnesium engine covers which enclose a cassette type six-speed gearbox and hydraulically actuated dry multi-plate slipper clutch. Additional replications that contribute to the 200hp produced in standard trim are double overhead cams, actuating 4 titanium valves per cylinder, gear driven from a crankshaft which has titanium connecting rods. One feature of the Desmosedici RR which represents a unique ground-breaking design is the 'vertical exit' exhaust silencer, ingeniously hidden in the tail piece.

Orders for the limited production machine flooded in via the official Ducati dealer network as soon as the machine was unveiled at the Mugello GP in 2006. The motorcycle is now undergoing final development tests before going into production this autumn as scheduled. 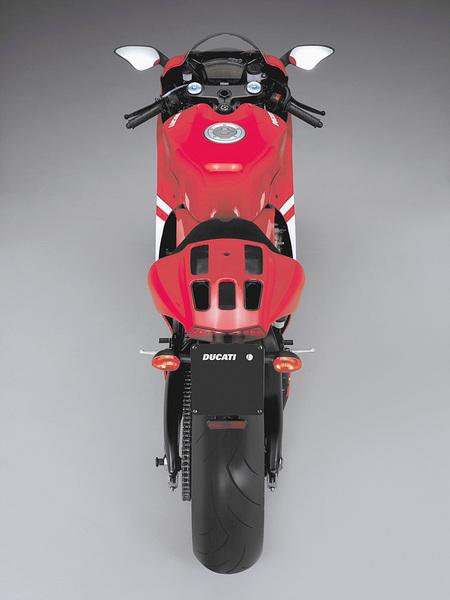 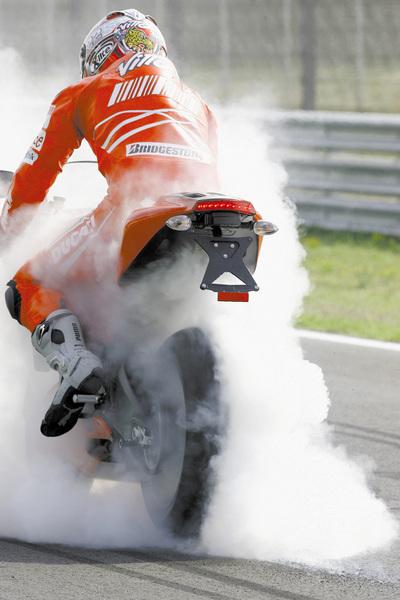 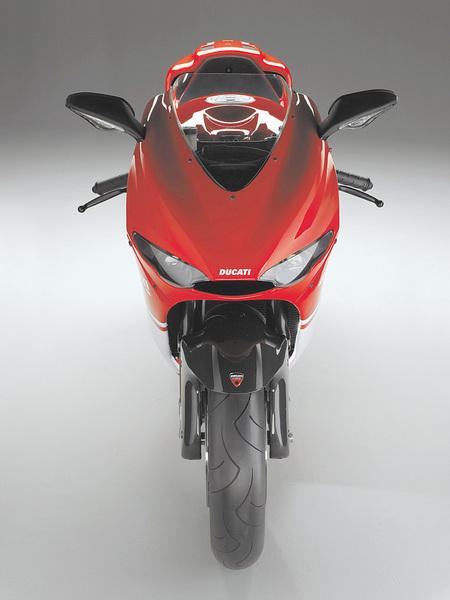