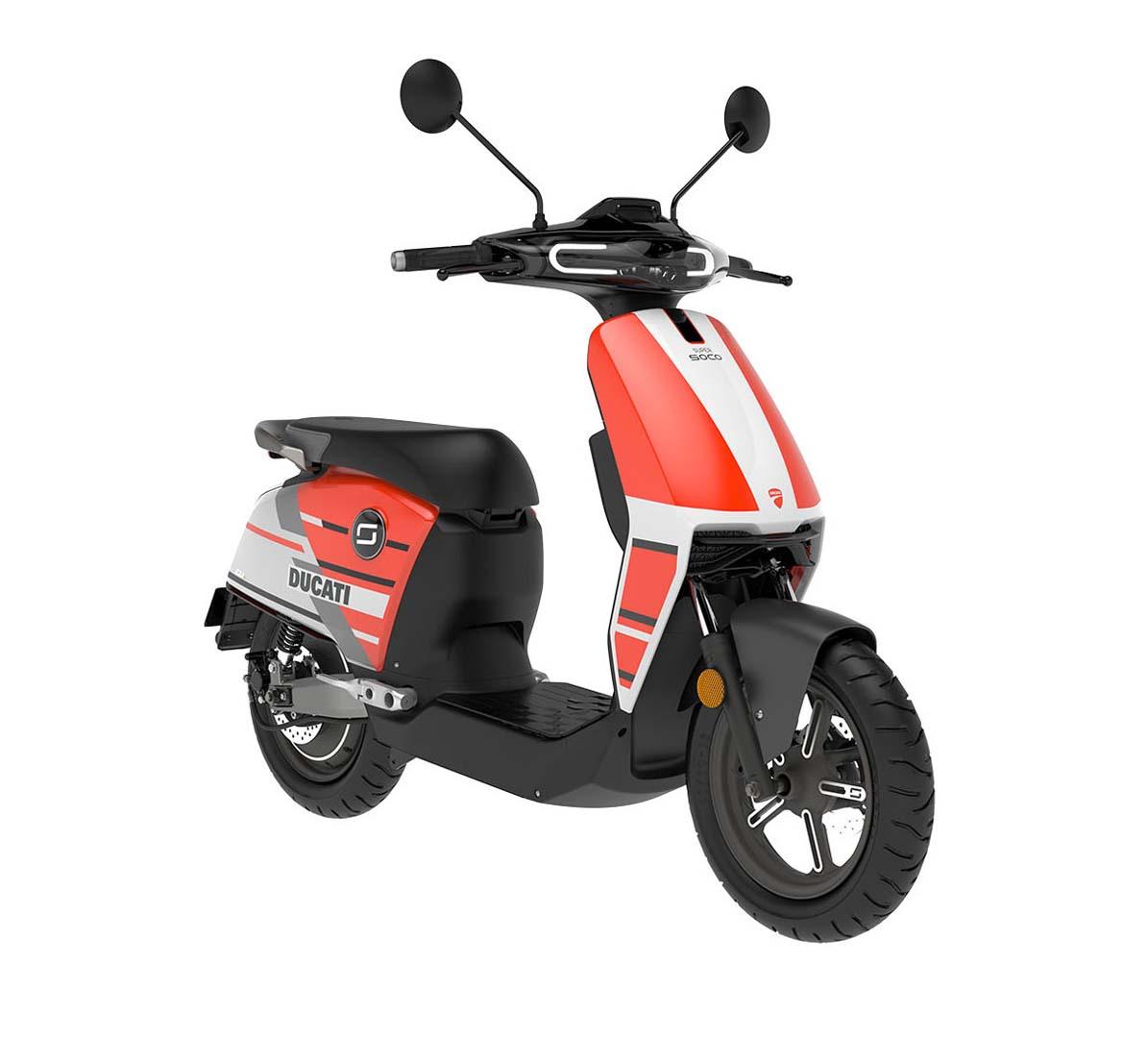 In addition to this, the Ducati Racing factory MotoGP team will use Super Soco CUx scooters for paddock transport for the rest of this year’s GP season.

Super Soco’s all-electric range made its Australian debut at last year’s Moto Expo Melbourne, with the TS1200R the first model to be available locally (see the Launch Test report in JUST BIKES #364).

While the CUx has yet to officially arrive in Australia and New Zealand, Urban Moto Imports’ CEO Joseph Elasmar says it’s coming soon – including the Ducati version.

"The great news is the Special Edition CUx Ducati will be available for sale through our Super Soco dealer network in July, with pre-orders commencing soon,” Elasmar said. “We expect pricing to be set around $5,000 AUD."

If accurate, that pricing will be unchanged from the regular CUx, also due here in approximately July.

Under its fairly conventional, albeit modern, scooter styling, the CUx is driven by a hub-mounted Bosch electric motor with maximum power of 2788 watts and maximum torque of 115Nm, plus a built-in power management system and the same clutchless operation as Super Soco’s other electric models.

Batteries are lithium 60V/30Ah units with a special honeycomb structure that’s said to be safer while increasing battery capacity. Up to 80km range is claimed from a full charge, with recharge times of seven hours from a 240V outlet. Like the TS1200R, the CUx can carry two batteries to double the riding range.

In addition to the Ducati Special Edition, the CUx will be available in red, grey and white from launch, with listed pricing from $4,900 (+ ORCs).

For more details, to pre-order, book a test ride or find your nearest Super Soco dealer, go to: supersoco.com.au 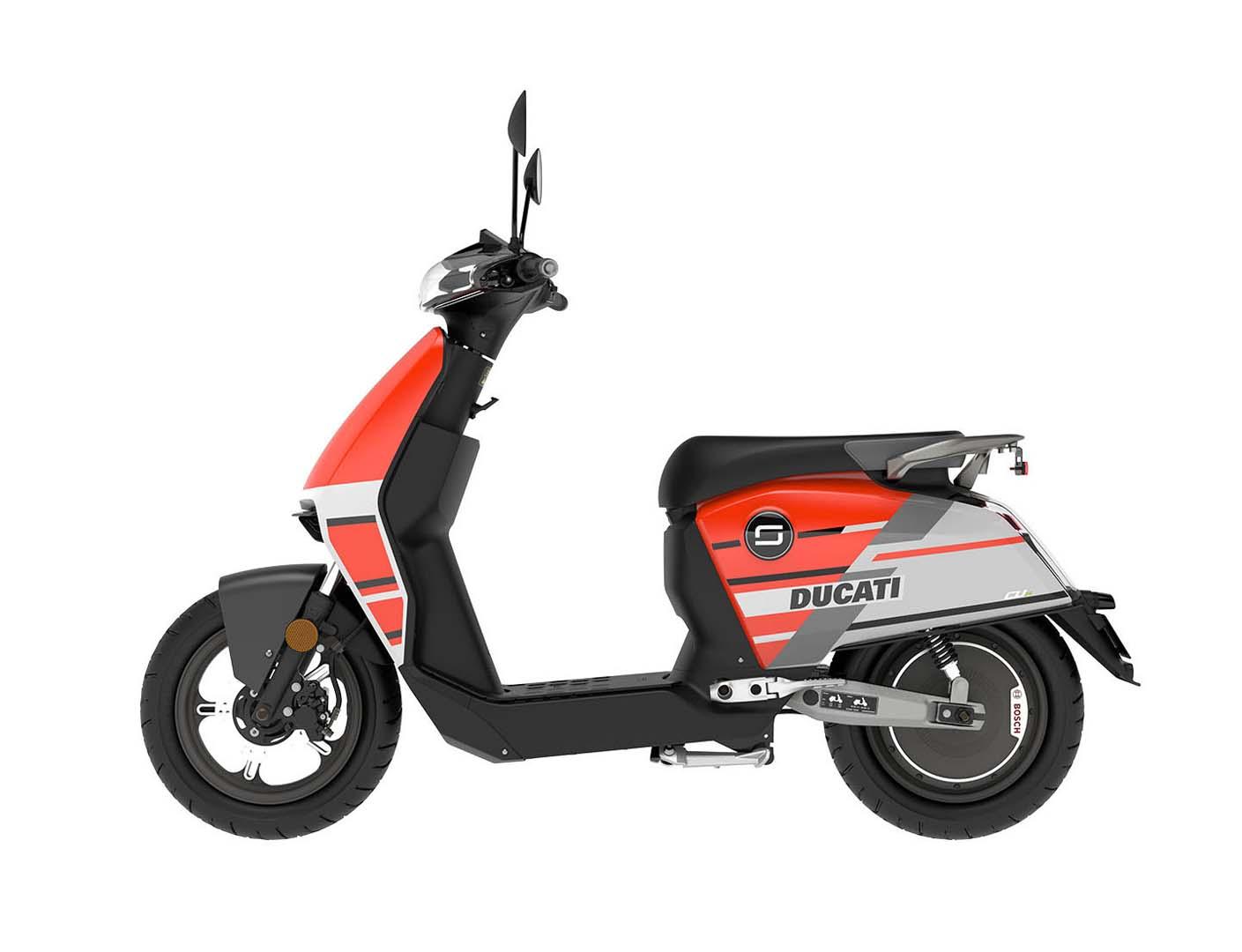 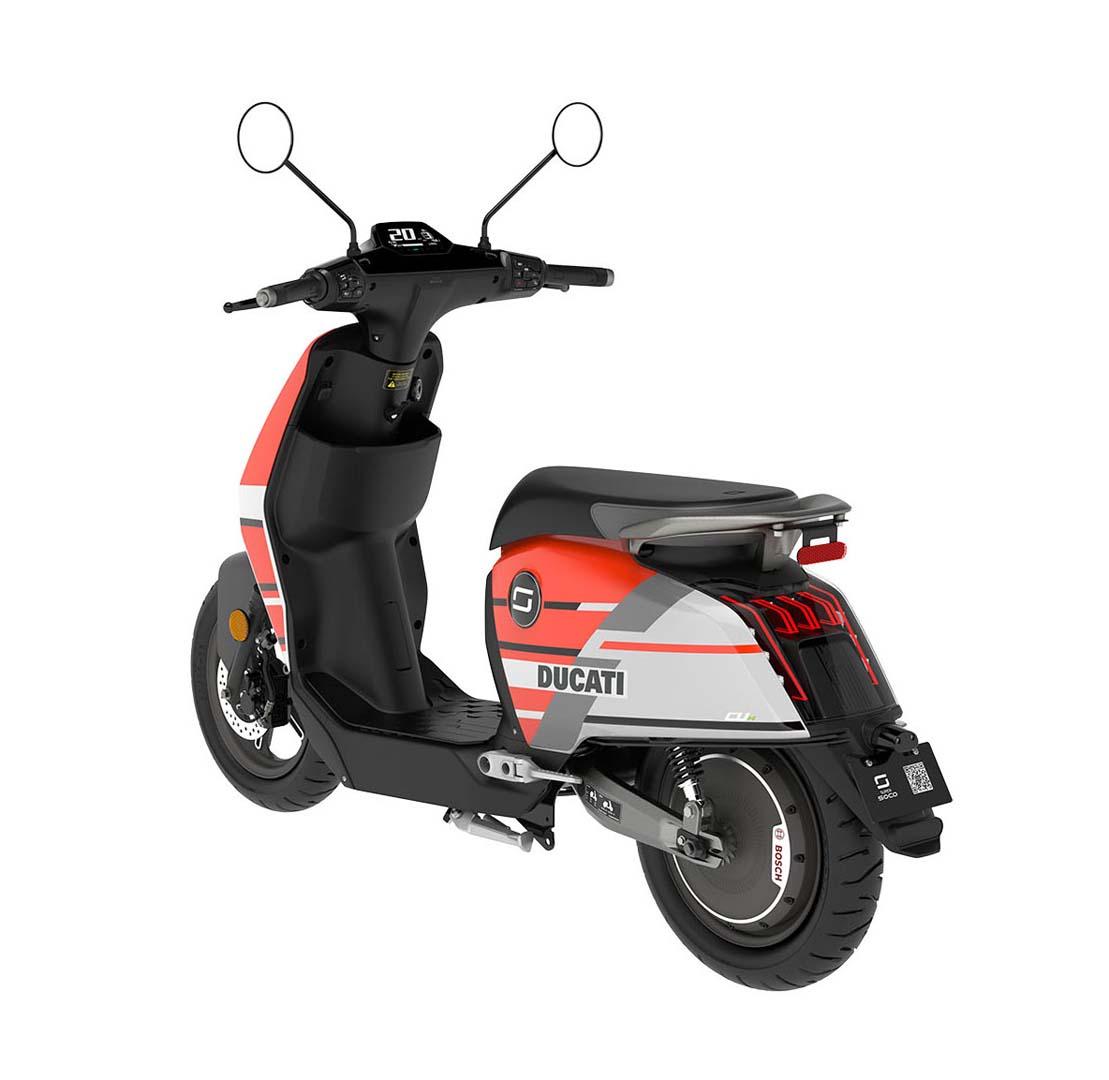