After suffering gearbox problems on Stage 13, Coma had no choice but to fit a new engine for the final 29km Special Stage. Given this was the Spaniard's second replacement engine, it carried a 45 minute time penalty. The Spaniard was 11 minutes behind before the final day's Special Stage, so a win for Despres was never really in doubt. Coma's need for the replacement engine assured it.

The last Special Stage through the rocky trails between Pisco and Lima was won by Norway's Pal Anders Ullevalseter (KTM 450R), who finished ahead Coma and Stefan Svitko (KTM 450 RR). Cyril Despres was well down in the order in tenth, but it made little difference to to the overall standings, the Frenchman winning his fourth Dakar by 53'20" from Coma.

After covering 8,300 kilometres on roads, courses and dunes since the start in Mar del Plata, Argentina, the gap could have been much closer than 53 minutes. On identical KTMs, both Coma and Despres traded the lead throughout the rally. In a battle that was rarely decided by more than a few minutes - and sometimes only by seconds - minor navigational mistakes made for major gaps. Strategy played an important role, too, but ultimately, it came down to the machinery. Without Coma's gearbox breakdown, there's no doubt he would have challenged Despres strongly for the win.

At the finish, a huge crowd which came to acclaim both the competitors and the arrival of the Dakar to Peru's capital city, Lima, for the first time. Of the 178 motorcycle and 30 quad competitors who started the 2012 Dakar, 97 motorcycles and 12 quads made it to the finishing line, including three Australians. of the 33rd Dakar, i.e., 249 of the 443 vehicles which started the rally in Mar del Plata.
Behind Despres and Coma, the riders vying for a podium spot were never in a position to challenge the title contenders. Consistency from Portugal's Hélder Rodrigues (Yamaha WRF 450) finished the rally in 3rd place, and broke up the dominance of KTMs in the top five. Rodrigues took a stage win but ended up an hour behind the French champion.

Boturri was the fastest rookie in this year's Dakar (8th, 2 h 59'04" behind Despres), racing for the new Bordone-Ferrari team, which also placed Jordi Viladoms in fourth. While Coma is Spain's current star in the motorcycle category, the 2012 Dakar uncovered a rising star in the form of Joan Barreda Bort (Husqvarna Rally 450 RR), who finished 11th at the end) but left no one in doubt of his ability, with a stage win and eight top 5 Special Stage finishes. Another good sign for the Spaniard's was Eulalia 'Laia' Sanz (Gas Gas EC 450), who took the win in the ladies' category. France's Stéphane Hamard (KTM 450 RR) won the classification of riders participating without assistance.

Amongst the Aussies, three of the original six starters finished the event. Dean Nuttall (KTM 450 Replica) was the best placed at the finish in 40th overall, followed by David Schwarz (Husaberg FE 450) in 43rd and Dakar rookie Jamie Chittick (Honda CRF 450X) in 54th. Best Special Stage performances were a pair of 33rd place finishes for Nuttall, a 37th from Schwarz, and a 32nd from Chittick. The other three Aussies comprised Rod Faggotter (Husaberg FE 450), Mark Davidson (KTM 450 Rallye replica) and Craig Tarlington (KTM 450 Rally), all of whom retired on Stage 5; Faggotter and Tarlington with mechanical problems, and Tarlington following a bad, but not serious crash.

The sole Kiwi entry in the motorcycle category, Christopher Birch (KTM 450 Replica), finished 37th overall and scored a couple of impressive top 20 finishes on the rugged, sandy Special Stages in Chile and Peru.

At the finish, the top ten in the motorcycle category was as follows:

The quad class became a battle of the brothers, with the Yamaha Raptor 700s of Marcos and Alejandro Patronelli leading the way for most of the rally. Defending champion Alejandro seized the lead after the Copiapó-Copiapó loop and never let it go, giving the Argentinean back-to-back wins. His brother Marcos lost all his chance of victory when he conceded 1 h 20' in stage 7. The domination of the race by the brothers from Las Flores was contested throughout the entire rally by another Argentinean: Tomás Maffei (Yamaha 650 GRW). Last year's seventh-placed finisher took the lead after stages 4 and 5 and was able to cling onto the Patronellis, only losing his second place after stage 9. The list of stage winners is proof of how hotly contested the race was: four for Maffei, including the prestigious finale in Lima, and three for each of the Patronelli brothers. Behind the Argentine trio, Chile's Ignacio Casale (Yamaha Raptor 700) and Uruguay's Sergio Lafuente (Yamaha Raptor 700) completed the Top 5, more than six and eight hours back, respectively. No Australians were in the quad category this year. Italo-French rider, Camelia Liparoti (Yamaha YSM 700R SE), was the best-placed female in the quad class, finishing ninth. 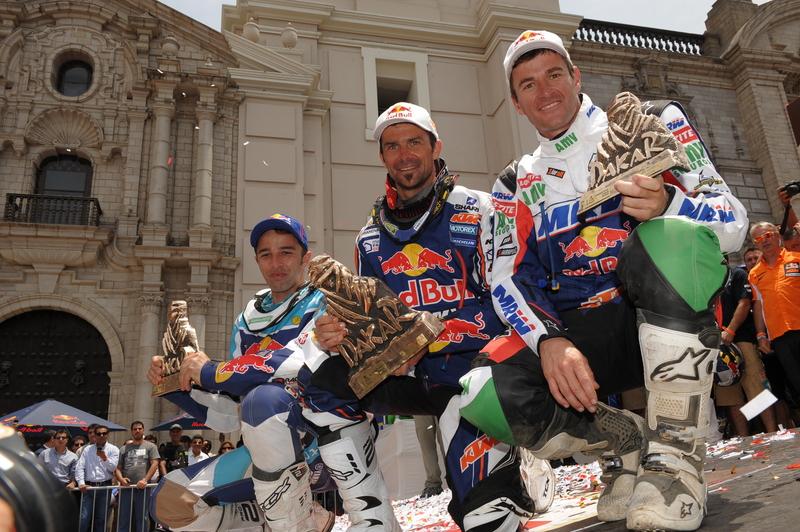 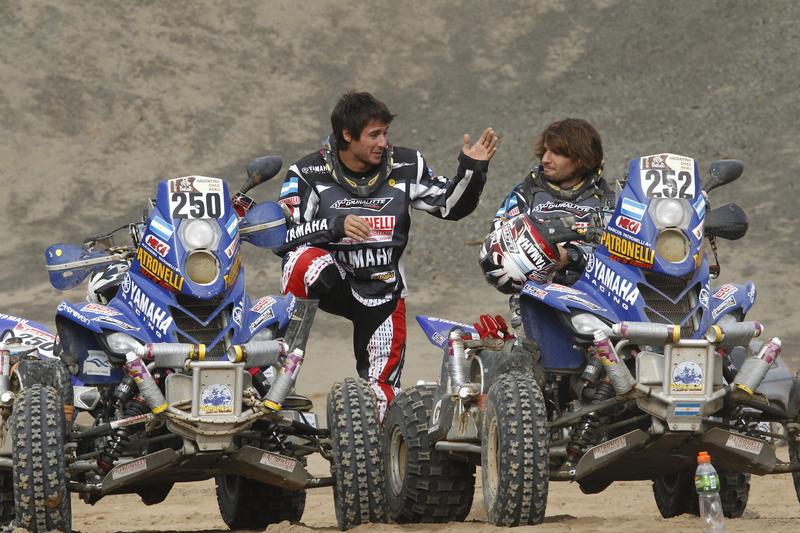 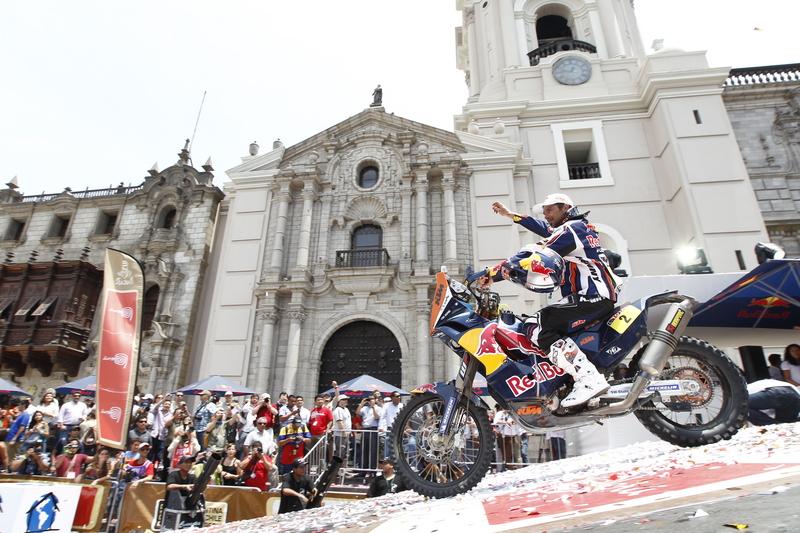 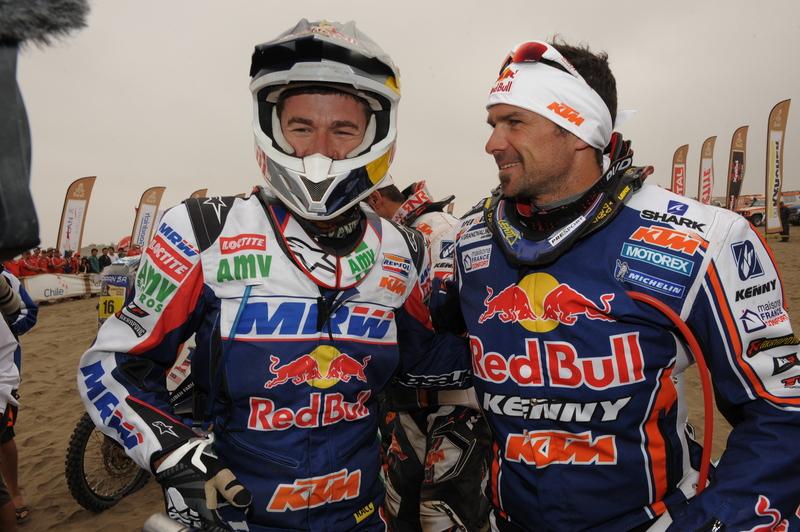