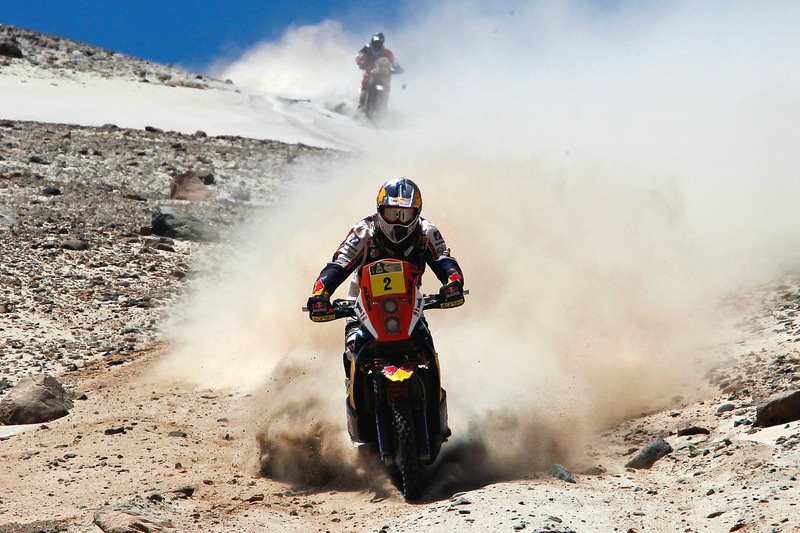 The battle of the KTMs continued on Stage 11, with Cyril Despres triumphing for his fourth win of this year's rally, giving him valuable extra time over Marc Coma. The Spaniard set off first, with Despres close behind all day, putting in a strategically perfect performance.

The battle between the two is now becoming a tactical one, as both Despres and Coma employ lower-ranked team mates to "assist" them through the closing stages. This was evidenced on Stage 11 by Gerard Farres Guell (KTM 450 Rally Replica), who attacked through the entire Special Stage to achieve the second best time of the day, 1'39" behind Despres. As a result, Farres Guell will start Stage 12 in front of his friend Marc Coma, assisting with navigation and - hopefully - allowing Coma the possibility to "easily" regain 4 minutes over the Frenchman.

Furthermore, Johnny Aubert (KTM 450 Rally), promoted to 'water carrier' for Coma after the withdrawal of Juan Pedrero (KTM 450CC Rally) on Stage 10, also put in a superb performance to accomplish the 4th best time of the day and will start the next stage just behind his leader.

Despite this, Despres is still in the box seat, with a lead that now stands at 2'22" over his best enemy. Behind them, Helder Rodrigues (Yamaha WRF 450) experienced a difficult day after stalling on a river crossing at the 21 km point of the special, which led to him losing 7'44" at the finishing line. The Portuguese rider is still well placed on the 3rd step of the provisional podium with a lead of 16'06" over fourth-placed Viladoms (KTM Rally Replica).
" After a modification to the road-book, one of the tracks wasn't very visible," Despres said. "I rode 100 metres to far, but I saw that Marc was turning round, even though he started two minutes before me. The day already started with a bath in a stream, pushing alongside the bike. It was a tough day, all in all!"

With three stages remaining, the last of which is largely processional, Australians Jamie Chittick (Honda CRF 450X) and David Schwarz (Husaberg FE450) completed the stage in just over one hour, finishing 36th and 37th respectively. Dean Nuttall (KTM 450 Replica) struggled, taking more than three hours to complete the stage. This dropped him from the lead' of the Aussie trio. Schwarz is now top-placed Aussie in 41st, followed by Nuttall in 46th and Chittick 57th overall.

In the quad race, the Patronelli brothers continue to leave everyone on their wake. Alejandro (Yamaha Raptor 700), the defending title holder and category leader since the 7th stage, achieved his 10th stage victory on the Dakar and his 3rd in 2012, once again in front of his younger sibling, Marcos (Yamaha Raptor 700). Tomas Maffei (Yamaha 650 GRW), the only rider who is showing a fragment of resistance to the brothers from Las Flores, conceded more time today, finishing 18'57" behind, and seems to be resigned to the fact. This is not surprising, when in the general standings Alejandro Patronelli now boasts a lead of 1 hour and 20 minutes over Marcos and 1:55'43 over their countryman Maffei. In 4th, Ignacio Casale (Yamaha Raptor 700) trails the leader by more than 5 hours!

All the motorcycle and quad competitors finished the day at a separate bivouac from the car competitors. The concept, which has not been tried since the camp of Foum Zguid in Morocco during the 2007 Dakar, is unique on the 2012 Dakar for the fact that team trucks and assistance vehicles will be banned from the dedicated motorcycle bivouac area. This means that the only assistance allowed for the motorcyclists and quad riders will be from each other! 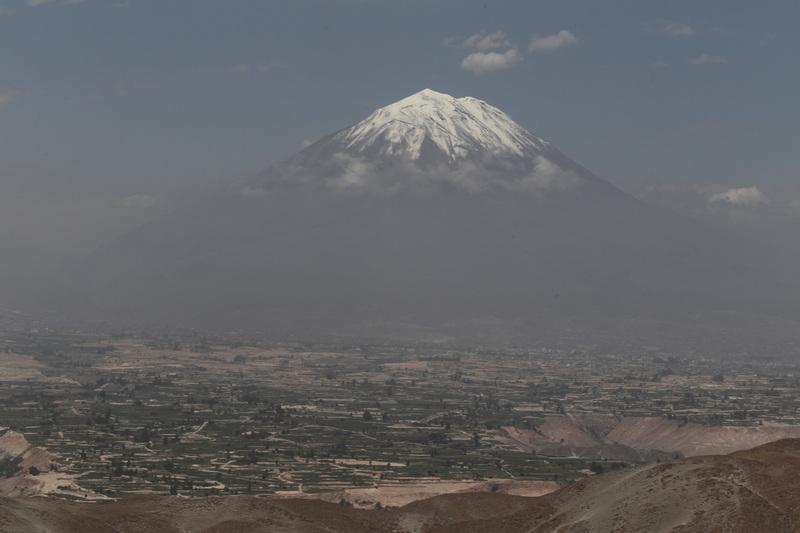 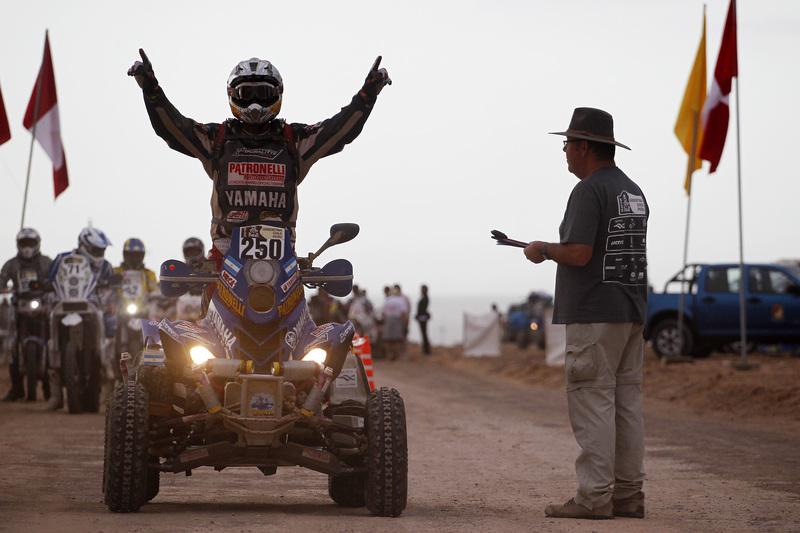 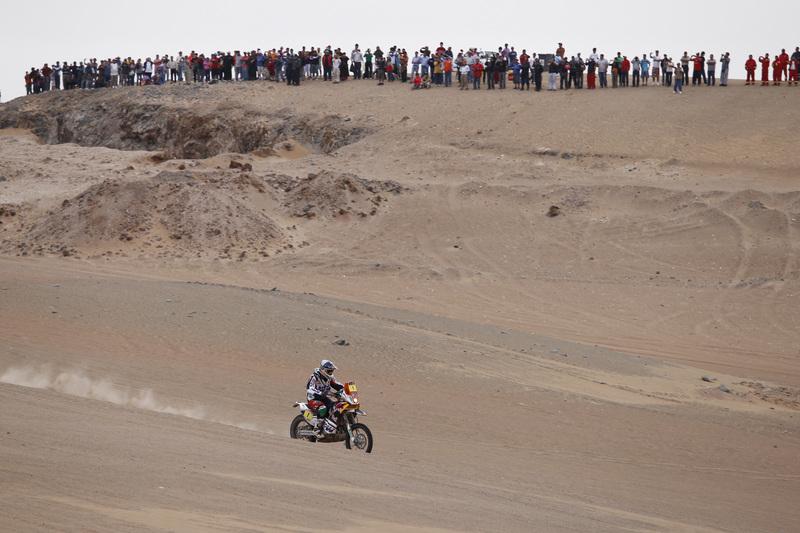 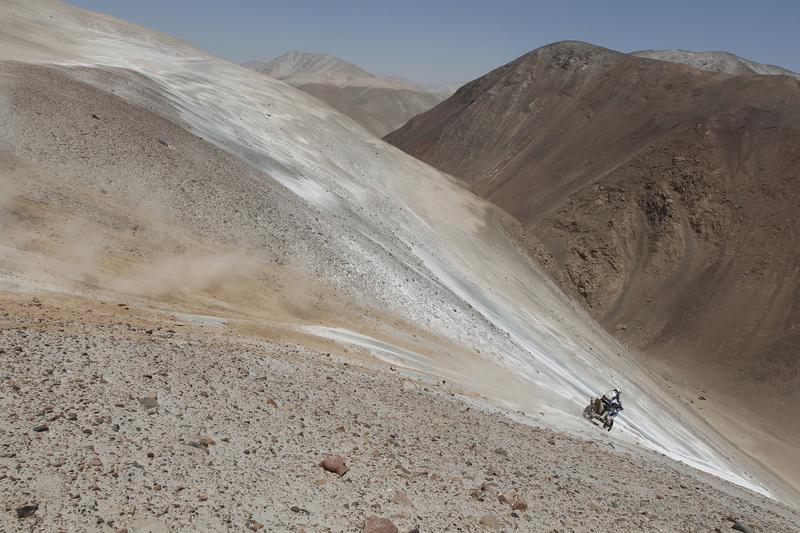 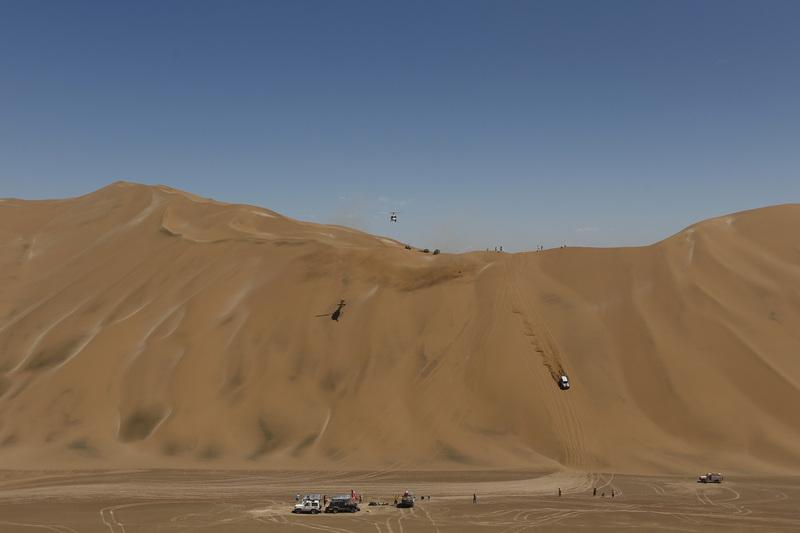